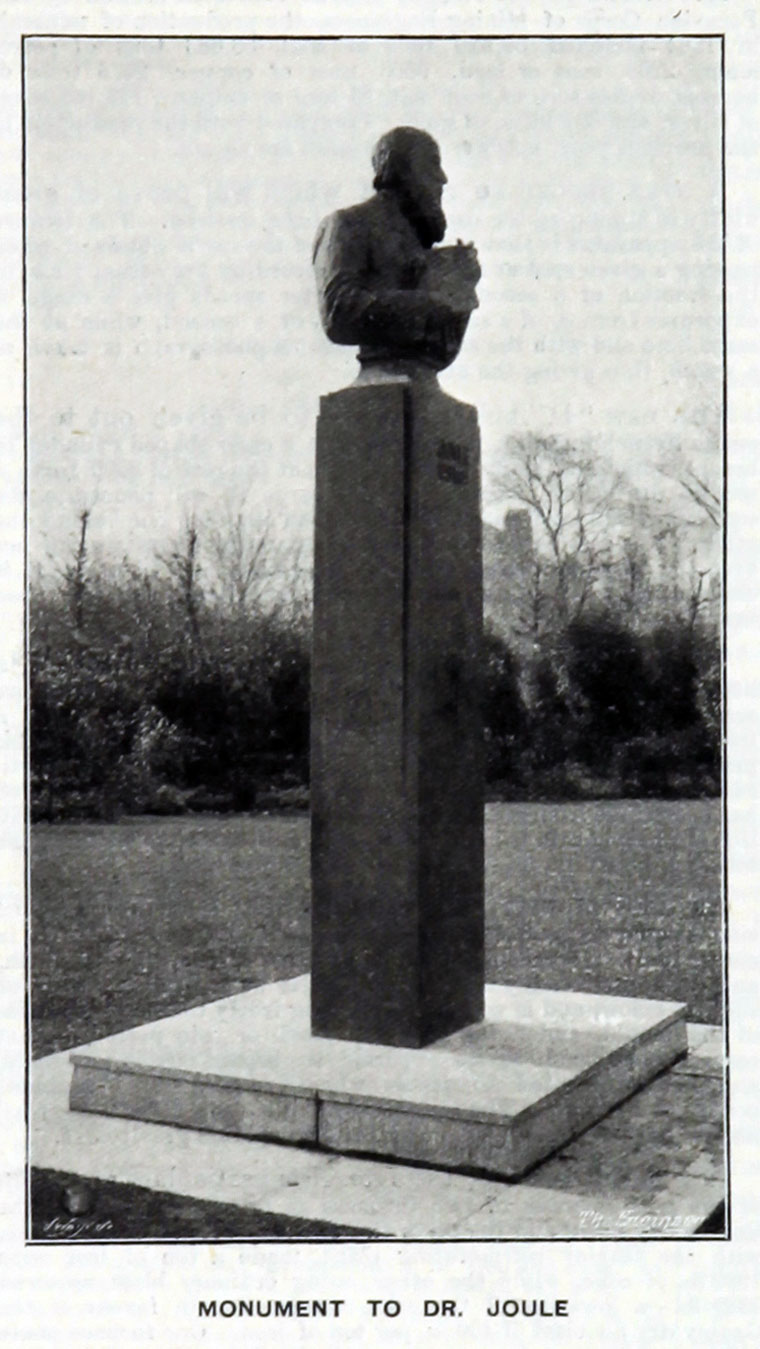 James Prescott Joule (1818-1889) was an English physicist who established that the various forms of energy: mechanical, electrical, and heat, are very similar and can be changed, one into another. He therefore formed the basis of the law of conservation of energy, the first law of thermodynamics.

1835 Joule studied with the noted English chemist John Dalton at the University of Manchester.

1840 Joule's Law was described in a paper: On the Production of Heat by Voltaic Electricity, in which he stated that the heat produced in a wire by an electric current is proportional to the product of the resistance of the wire and the square of the current.

1843 He published his value for the amount of work required to produce a unit of heat, called the mechanical equivalent of heat. He used four increasingly accurate methods of determining this value. By using different materials, he also established that heat was a form of energy regardless of the substance that was heated.

1852 Joule and William Thomson (later Lord Kelvin) discovered that when a gas is allowed to expand without performing external work, the temperature of the gas falls. This Joule-Thomson effect was used to build a large refrigeration industry in the 19th century. The value of the mechanical equivalent of heat is generally represented by the letter J, and a standard unit of work is called the joule.

1862 He was vice-president for the Manchester Literary and Philosophical Society.