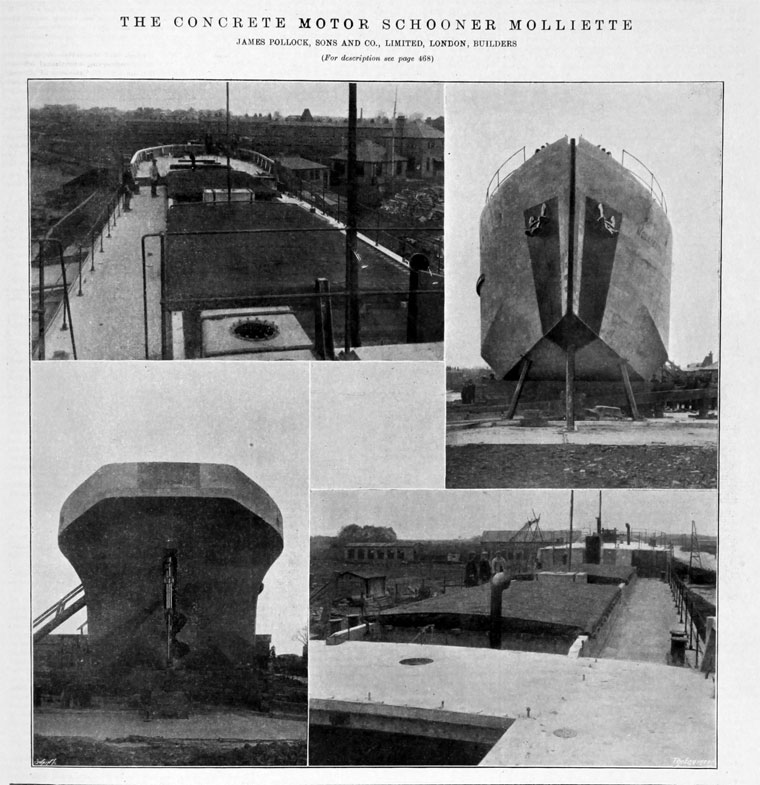 James Pollock, Sons and Co of the Isle of Sheppey, Faversham, Kent.

1875 Company founded. The shipyard was originally set up to make shallow-draft "X" class barges for the Admiralty.

1900s The yard made two experimental ferro-concrete barges, followed by a number of steel motor coasters.

1924 James Pollock, Sons and Co (of 3, Lloyd's avenue, London, EC.3) were appointed sole concessionaires for the British Empire for the Star Contra-Propeller Co.[1]

WWII Output form the yard included two coasters, two "VIC" type Clyde puffers, a submarine and many barges for both Admiralty and Thames use. In addition, two aircraft transport ships and two other coasters (initially beginning life as aircraft carriers)

Post war - Over the next twenty or so years, the yard carried on making coasters, tugs, and salvage craft.

1961 Ship builders and engineers, specialising in river and coastal tankers, coasters, tugs and lighters. Have unique facilities enabling ships of up to 750 tons to be launched from side slipways. 175 employees.

The yard ceased production in 1969 and the company was liquidated in 1970.