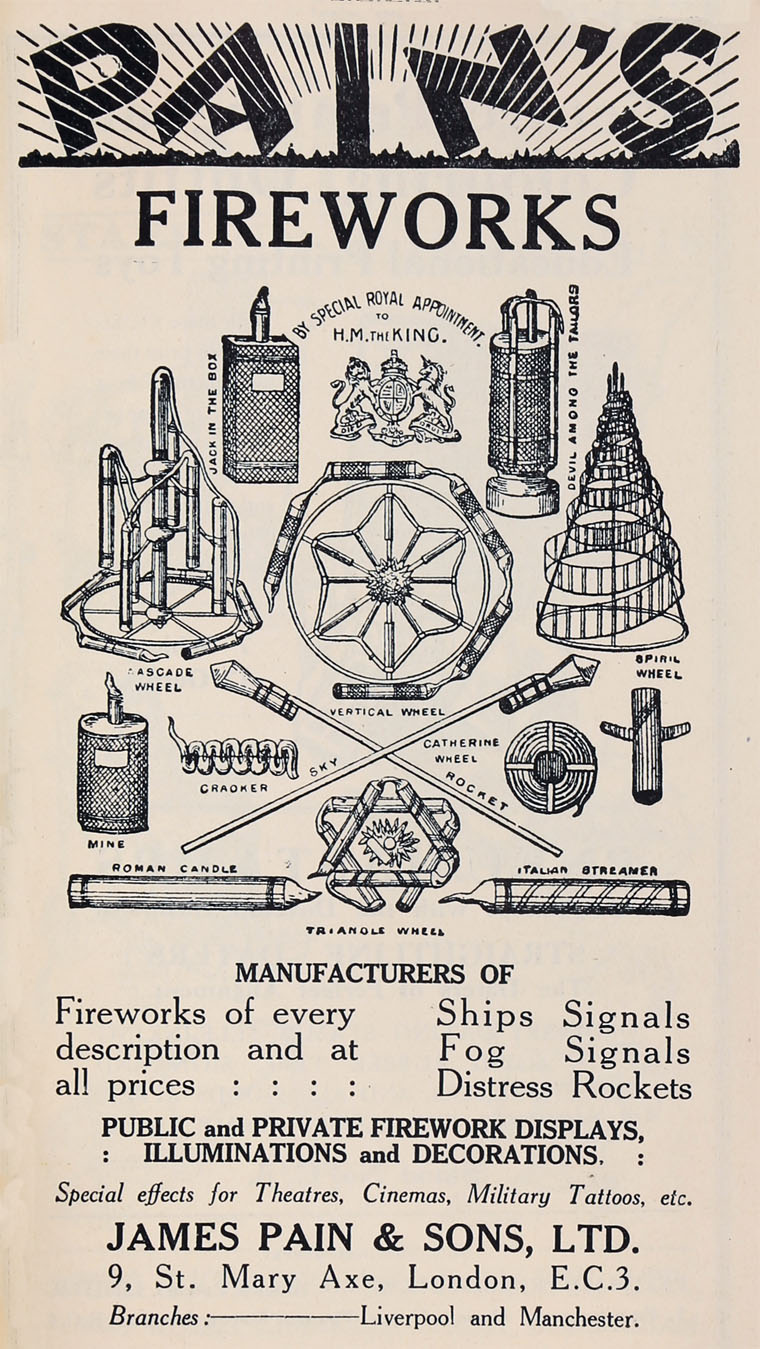 Firework and ships' signal makers, of Mitcham, by Special Royal Appointment to H.M. the King

1932 Patent - Improvements in fireworks of the rocket type.

1963 Patent - Improvements in and relating to distress rockets.

1964 James Pain and Sons and Waeco, both members of the British Match Group were amalgamated as Pains-Wessex; the new company was based at Salisbury; production of Pain's fireworks was transferred from Mitcham[3]