Grace's Guide is the leading source of historical information on industry and manufacturing in Britain. This web publication contains 148,483 pages of information and 233,920 images on early companies, their products and the people who designed and built them. 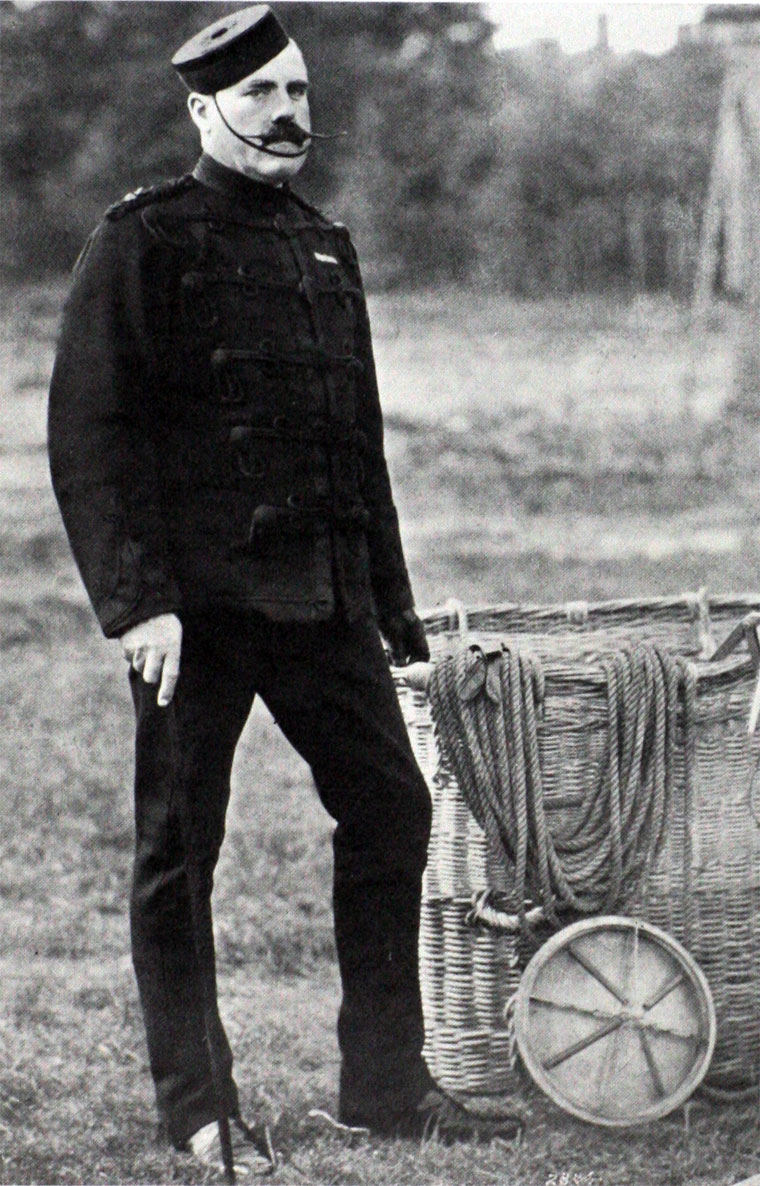 He was an officer in the King's Royal Rifle Corps and Royal Engineers. Templer set out a scientific foundation for British military ballooning. In particular he worked out routines for balloon handling, how to use hydrogen in cylinders and methods for training observers.

James Templer was the son of John Templer. He was educated at Harrow and Trinity College, Cambridge. Whilst serving in the King's Royal Rifle Corps Templer became interested in military ballooning.

The school was started with Templer's own balloon, the Crusader but they developed their own named the Pioneer. At the same time, Templer was appointed Instructor in Ballooning to the Royal Engineers. The following year Captain Templer took command of the newly established military balloon department at Chatham.

On 10 December 1881 Captain Templer was accompanied by Walter Powell the MP for Malmesbury and James Agg-Gardner the MP for Cheltenham in the balloon Saladin. The group departed Bath and headed towards Dorset. In time they found themselves within half a mile of the sea near Eypesmouth which is to the west of Bridport. As the balloon was rapidly drifting seaward, they attempted to descend. The balloon touched the ground a mere 150 yards from the cliff edge. The balloon dragged along and ground and Templer exited the basket holding the valve line in his hand. As the balloon had just been lightened, it rose about eight feet and Agg-Gardner jumped out breaking his leg. Powell was now the only occupant of the balloon. Templer, who had still hold of the line, shouted to Powell to climb down the line. Powell made a move for the rope but the balloon rose, tearing the line out of Templer's hands. The balloon climbed rapidly and Powell was taken out to sea. He was never seen again.

By 1885, Templer had achieved the rank of major. During the British Army's expedition to the Sudan in 1885, Templer took three balloons. He was mentioned in despatches for his actions during the Hasheen engagement.

In 1888 Templer was accused, arrested and charged with providing the Italian Government with British secrets about military ballooning. The case was found to be without foundation and Templer was honourably acquitted.

Templer married Florence Henrietta Gilliat at Chorley Wood in Watford on 12 January 1889. Their daughter Ursula Florence Templer was born in London the following year on 29 August 1890.

During the Second Boer War, Templer served in the Scientific and Departmental Corps as a lieutenant colonel. He was able to put his interest in steam traction to use. He served as Director of Steam Road Transport during the war.

By 1902, Templer had reached the rank of colonel and he decided that it was time to construct a British military airship. Under Templer's direction, work started on the British Army Dirigible No 1.

1904 TEMPLER, Colonel, is the head of the electricity and balloon departments of the Army Service Corps at Aldershot, and has had great experience in military ballooning. Had personal charge of the wireless telegraphy experiments which were made by the military authorities at Manchester in December 1902. [1]

In 1905, while Templer was in command, Balloon Factory relocated to Farnborough. Templer continued as the superintendent of the Balloon Factory until 1906 when Colonel John Edward Capper took over.

Templer died at Laughton Grange in the Sussex town of Lewes on 2 January 1924.