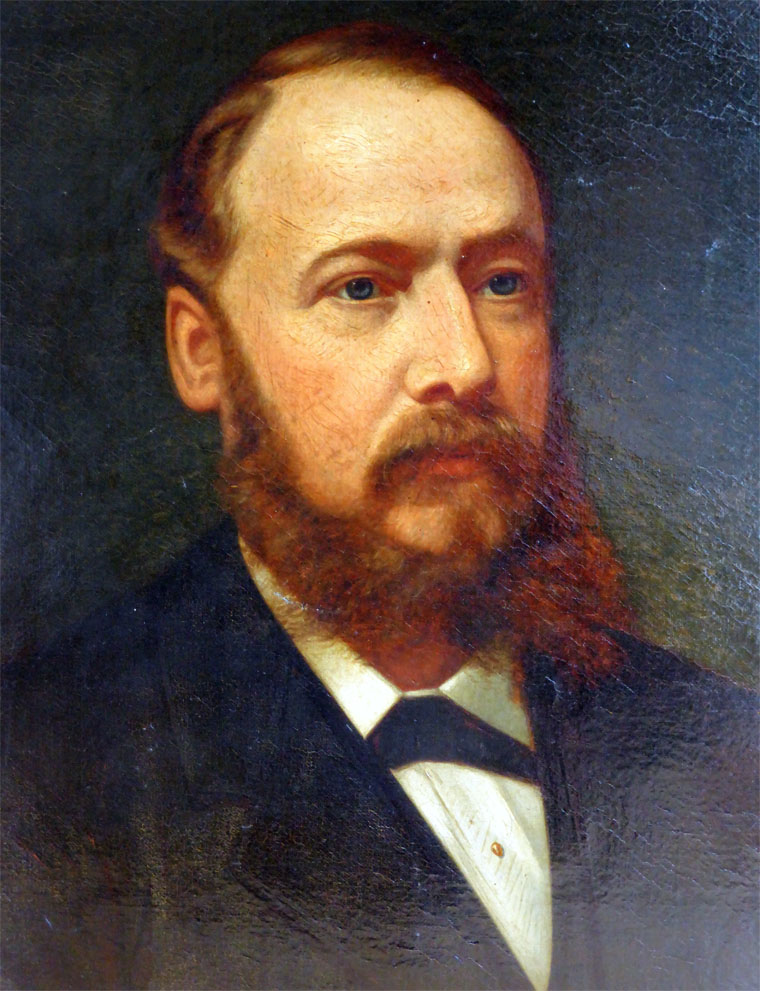 Painting of James Jones when Director of John Jones and Sons and and as Alderman of Birkenhead Town Council.*

1884 February 2nd. Killed by a train at Ainsdale Railway Station.

There were 100 carriages and 400 workers from John Jones and Sons at James' funeral in 1884 two years after the family group photograph was taken Feb 2nd 1882. Sadly then Emma was also killed in another more major railway accident in Penistone near Sheffield July 16th 1884. Madeline died 1891 never having recovered from the two events oral history relates thereby leaving a lot of wealthy youngsters without parents.

The middle names of the children are shown because they reveal links with a number of other steel, shipping, steam, railway entrepreneurs in the Liverpool area too. There was a Liverpool Welsh network obvious and also links with Steel in Sheffield as I will describe. (Interestingly Cammell another steel magnate of Sheffield went to Birkenhead and joined Laird in the famous Cammell Laird shipping company also).[4]