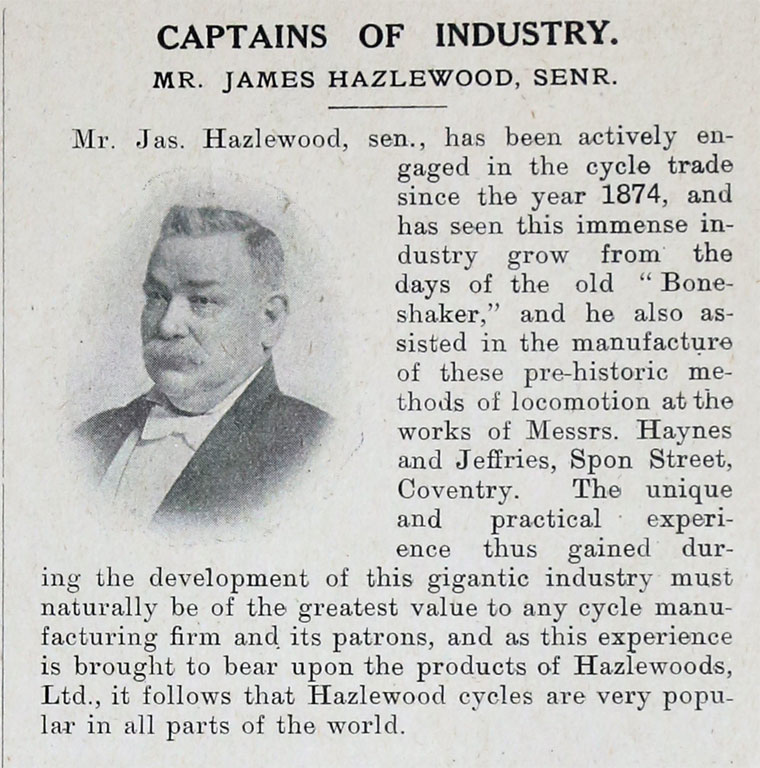 James Hazlewood trained as a Blacksmith in the village of Hanwell, near Banbury under his father together with his two brothers. All Blacksmiths the brothers moved to other parts of the Country. James moved to Plumstead and then in the early 1870’s moved to Coventry to start making ‘Ordinary’ bicycles from premises at Bishopsgate Green, Foleshill, Coventry.