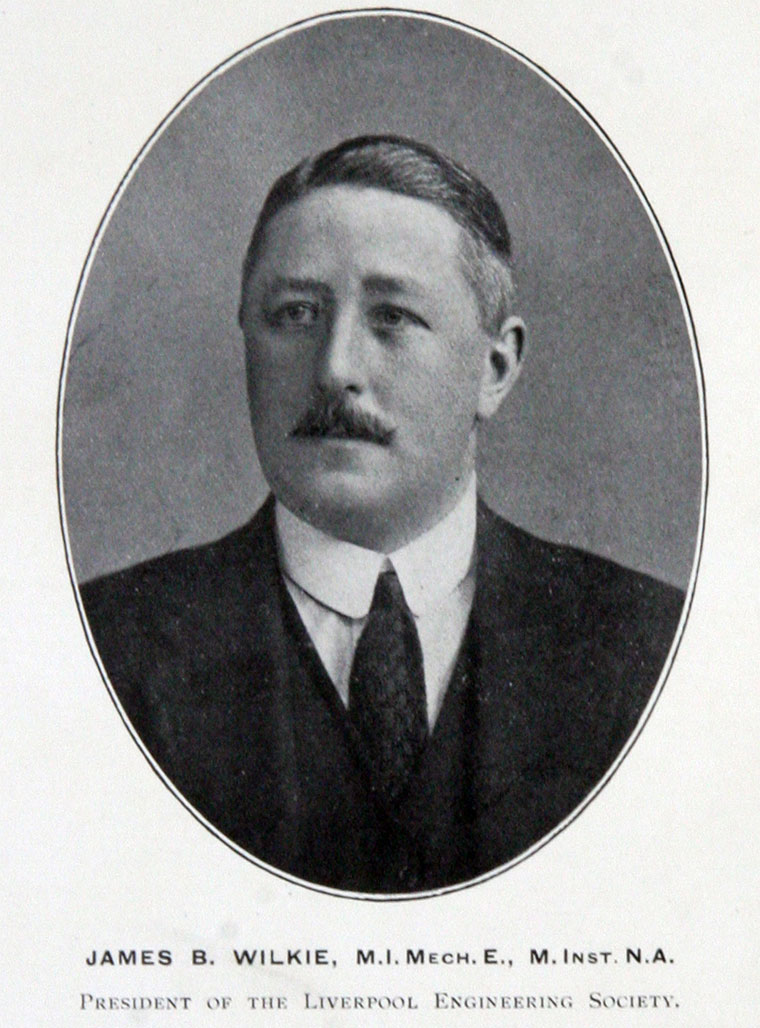 He was born in 1872 and educated at Liverpool University.

On the completion of an apprenticeship with Fawcett Preston and Company, Ltd., Liverpool, he spent four years in the drawing office of Vickers, Sons and Maxim, Ltd., Barrow-in-Furness.

He then went to sea as a marine engineer and obtained an extra first-class Board of Trade certificate, after which he returned to Vickers, Sons and Maxim, Ltd., as a draughtsman.

In 1899 he joined Elder Dempster and Company as assistant superintendent engineer under his father, whom he succeeded two years later. This position he retained until his retirement in 1936. During this long period he was responsible for the design and construction of the company's vessels and for repairs to hull and machinery.

Mr. Wilkie had been a Member of the Institution since 1909. He was also a Member of the Institution of Naval Architects and a past-president of the Liverpool Engineering Society. He served as president of the Liverpool Marine Engineers and Naval Architects Guild in 1912 and was elected a Fellow of the Society of Consulting Marine Engineers and Ship Surveyors in 1930, serving on the Council of the society from 1933 to 1935.

Mr. Wilkie was the third member of his family to be a superintending engineer, for his grandfather had held that position with the Royal Mail Steam Packet Company, Southampton.