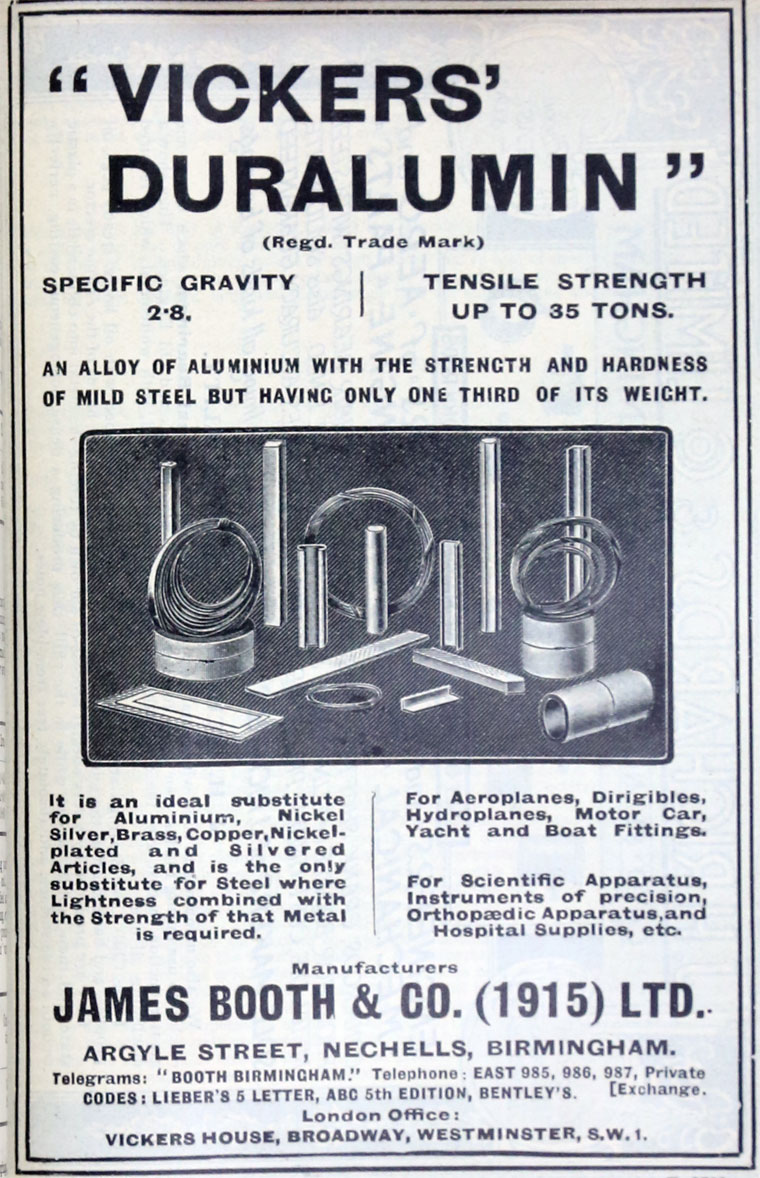 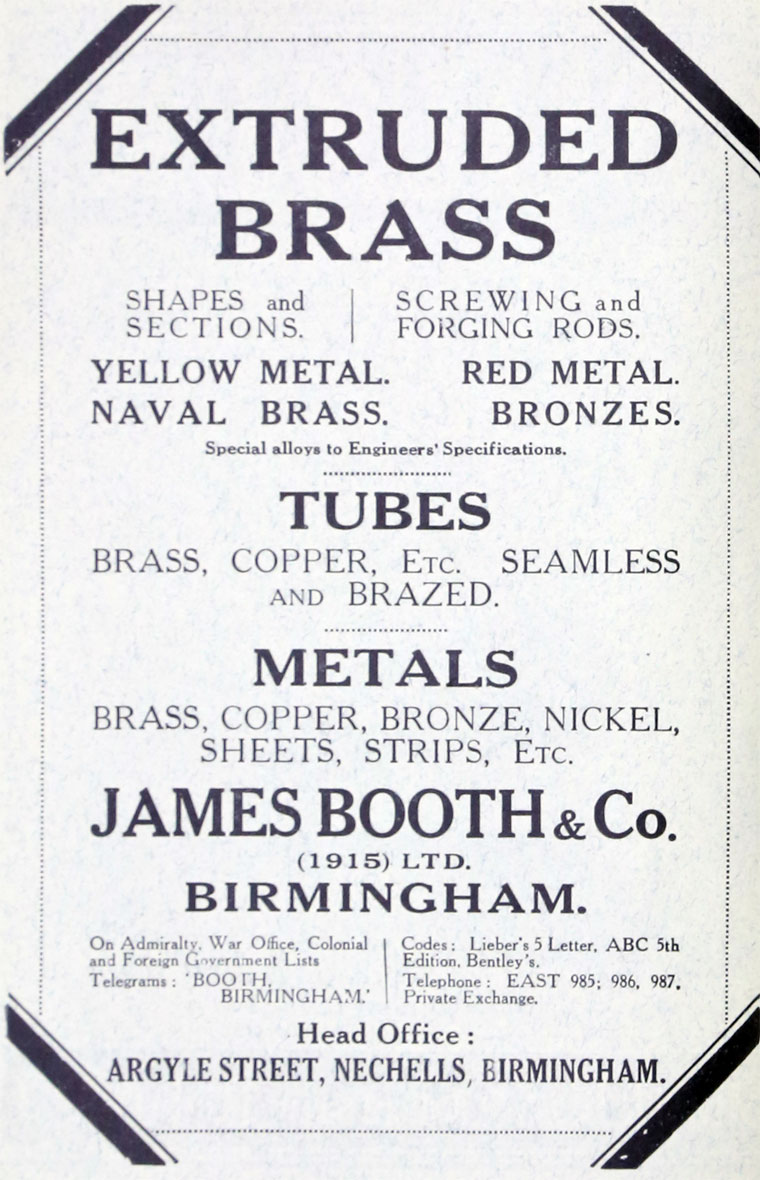 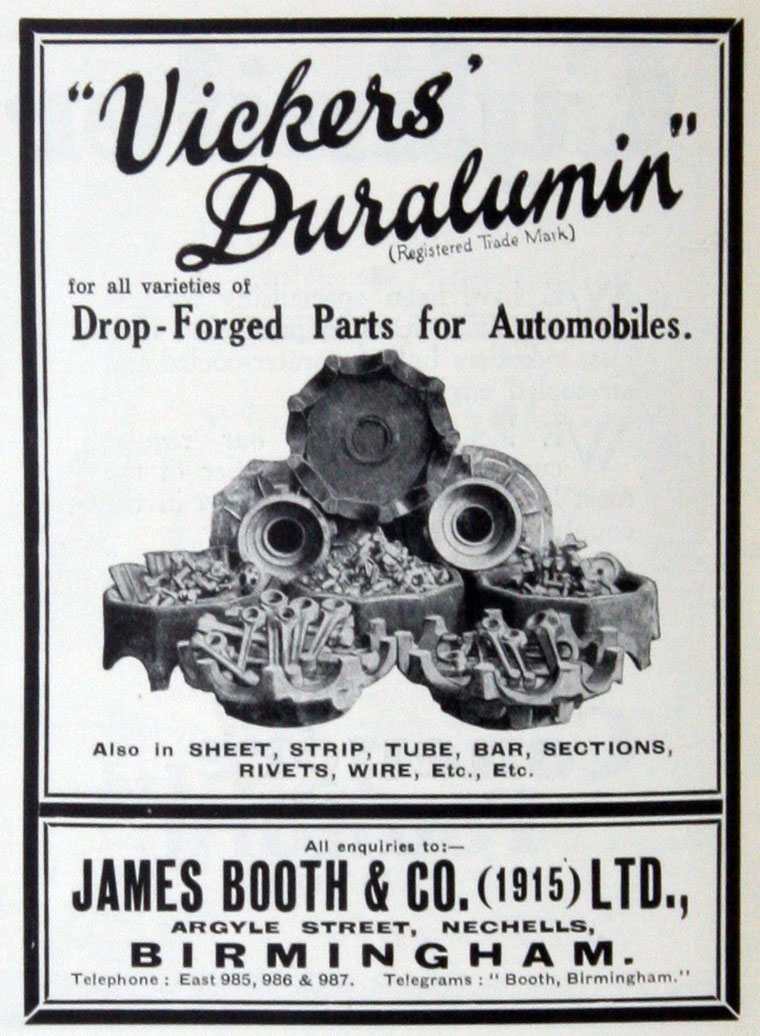 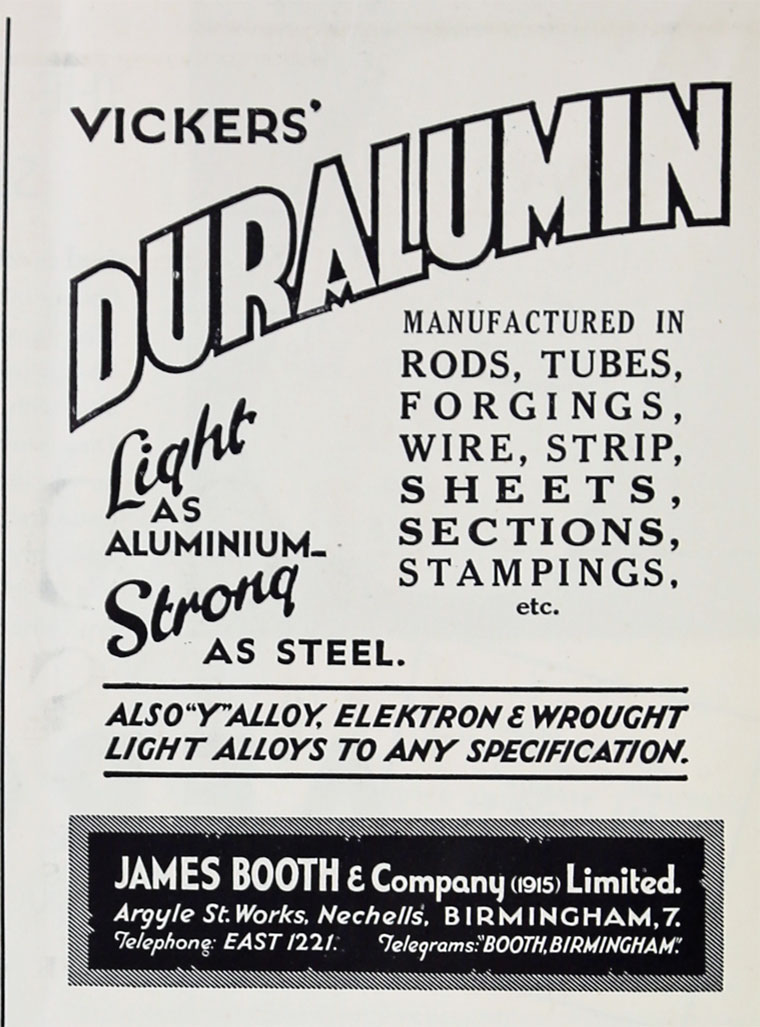 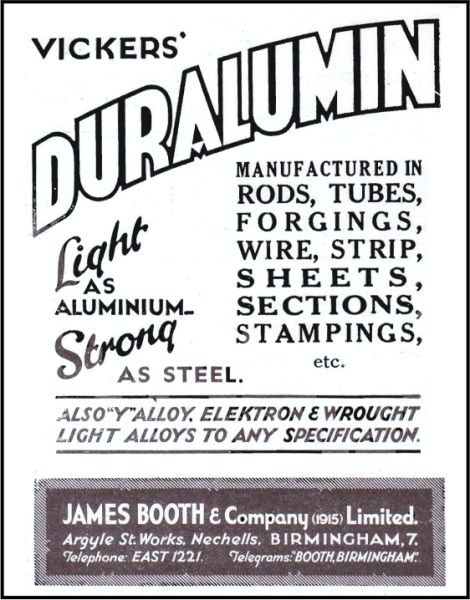 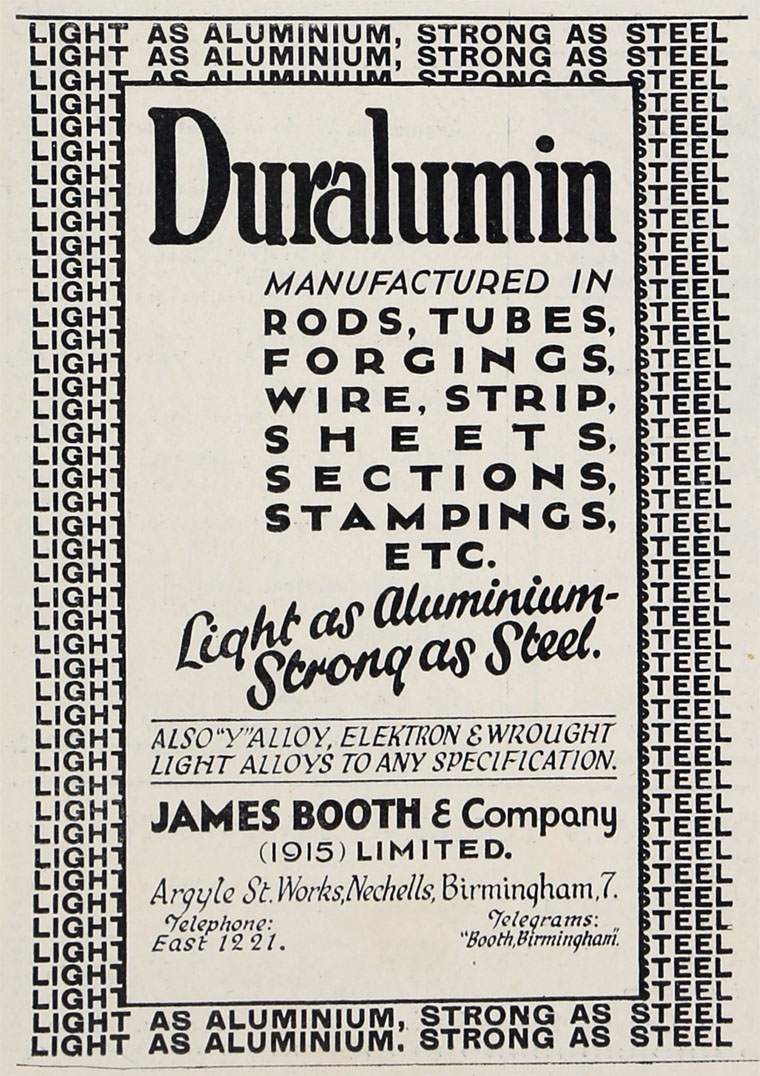 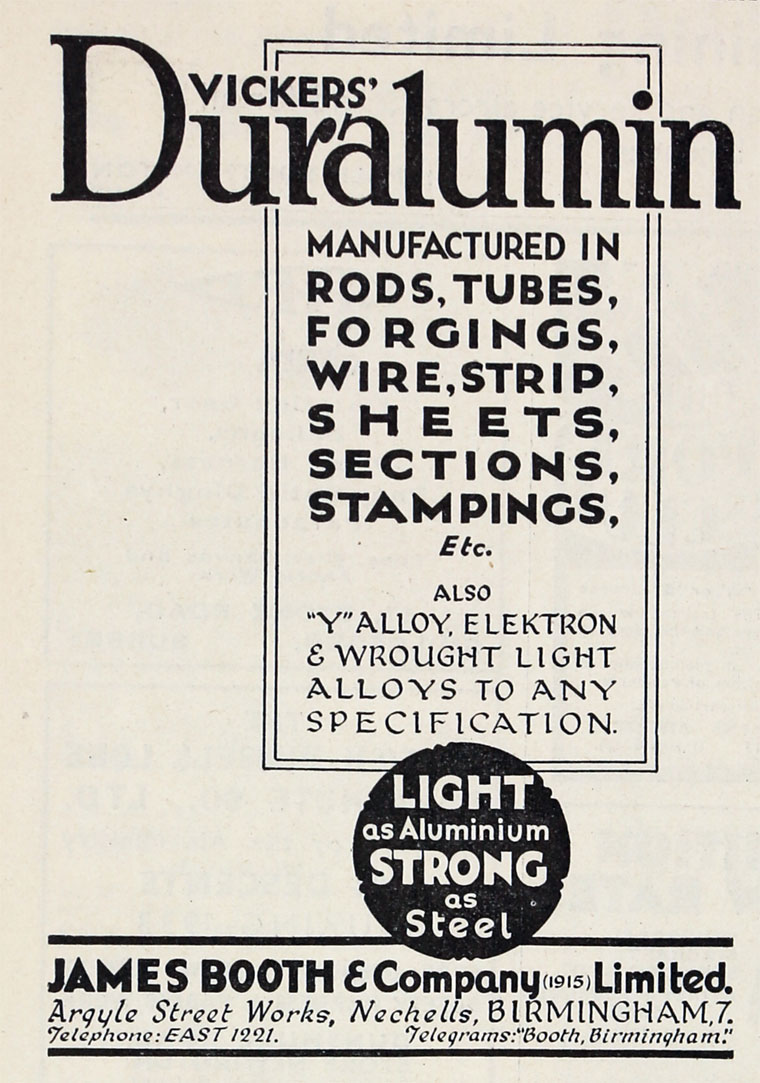 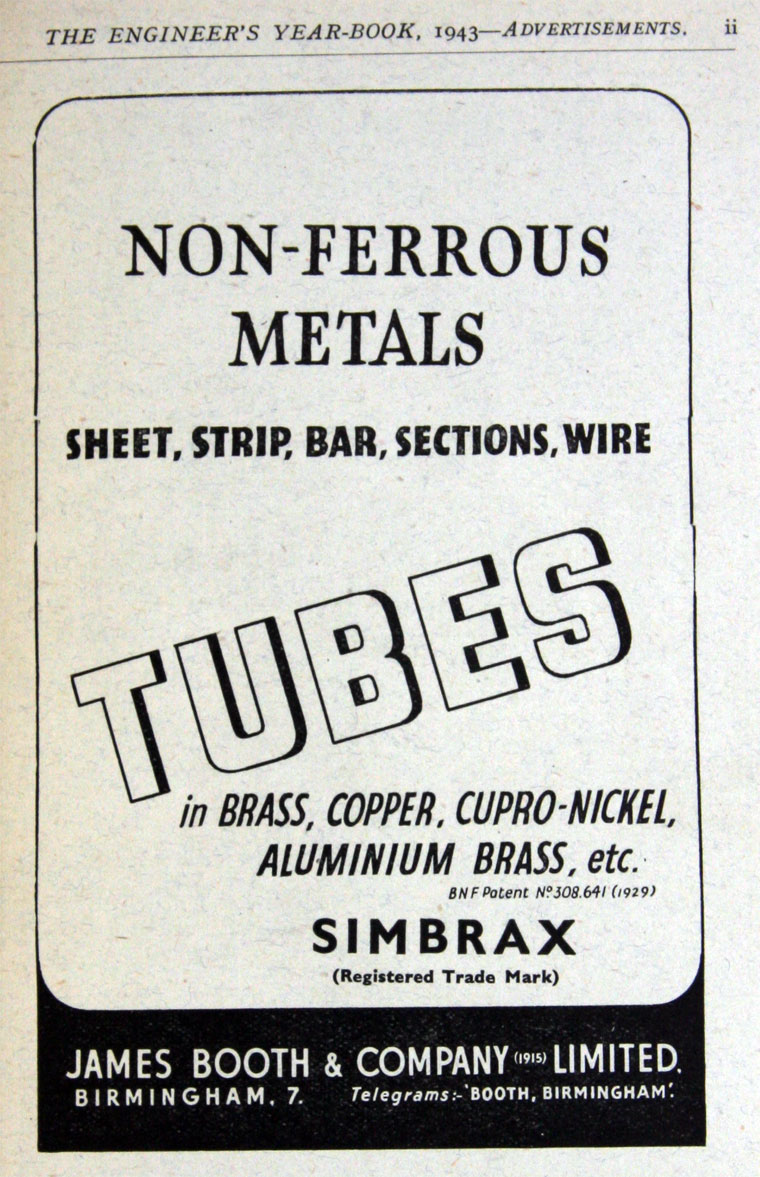 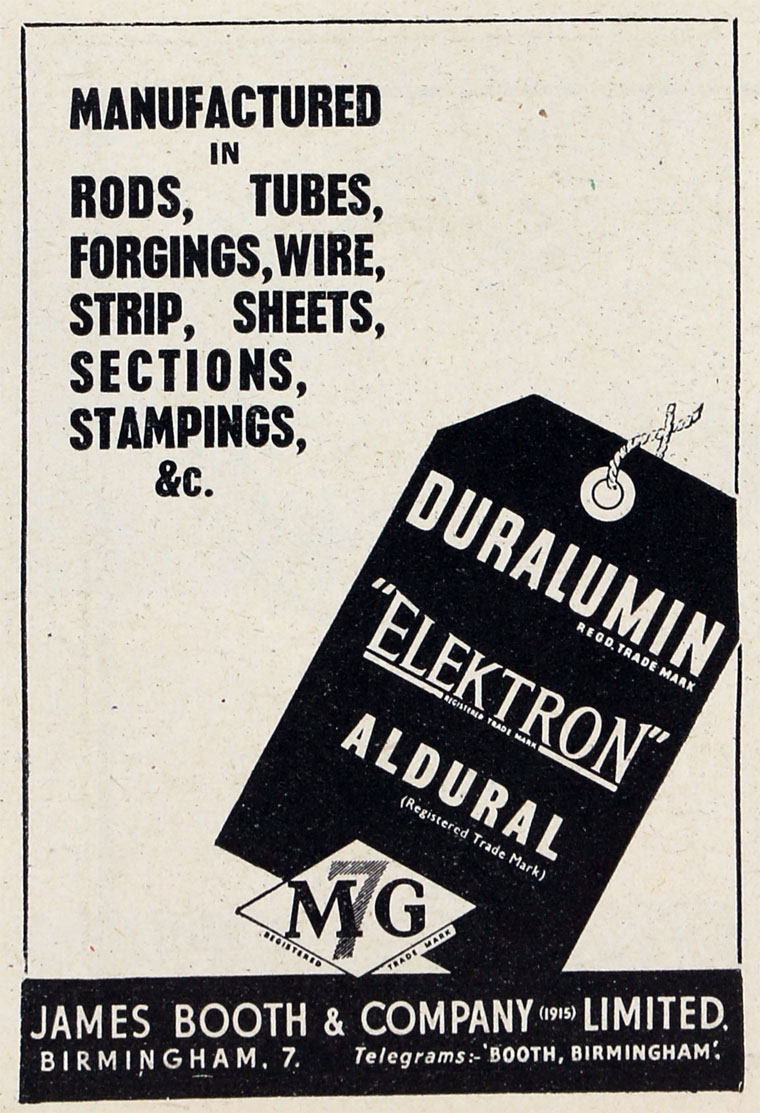 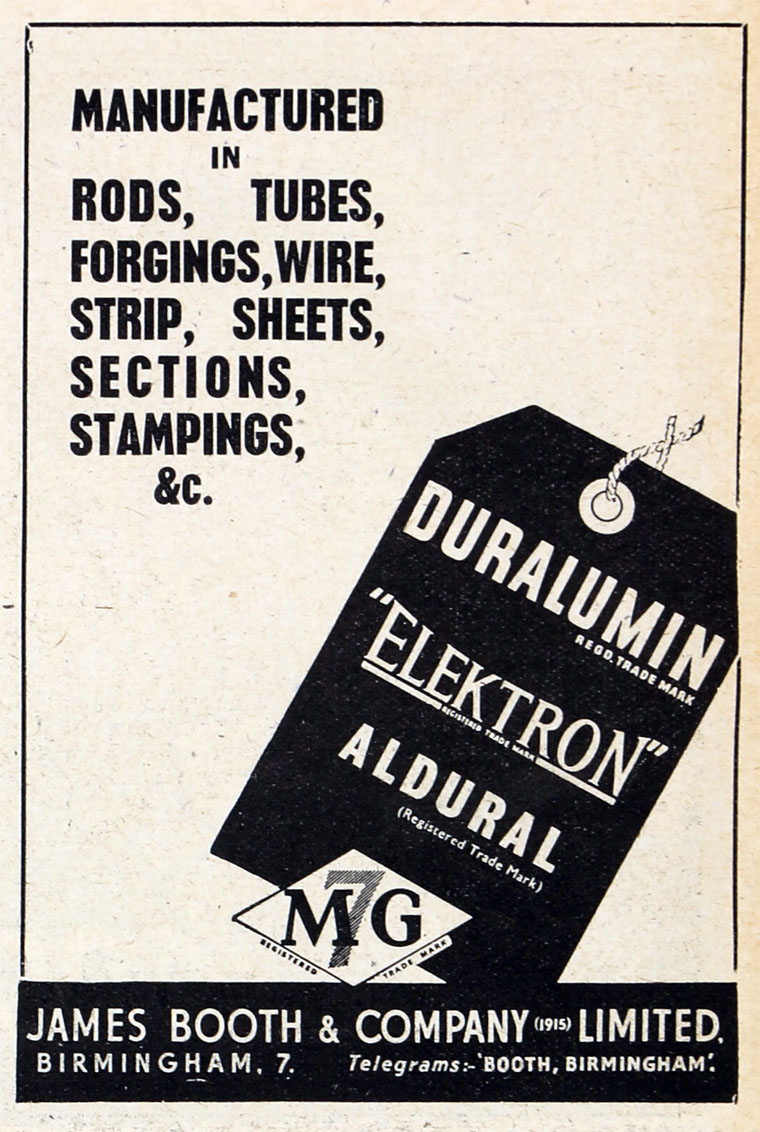 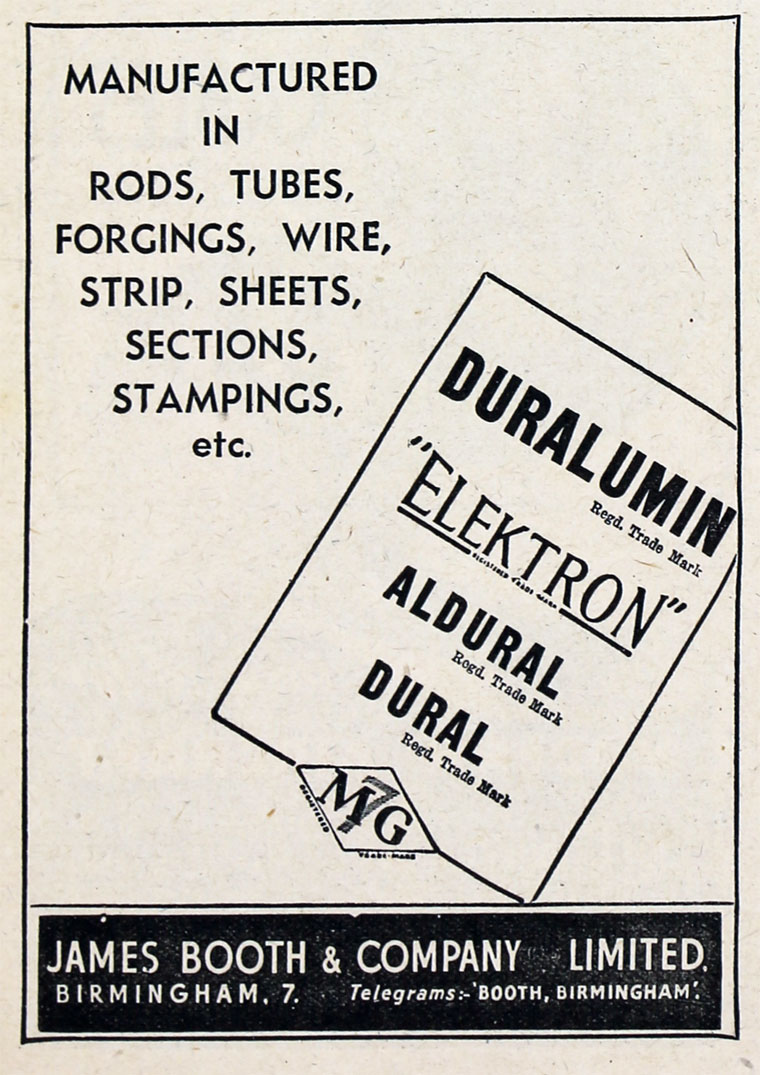 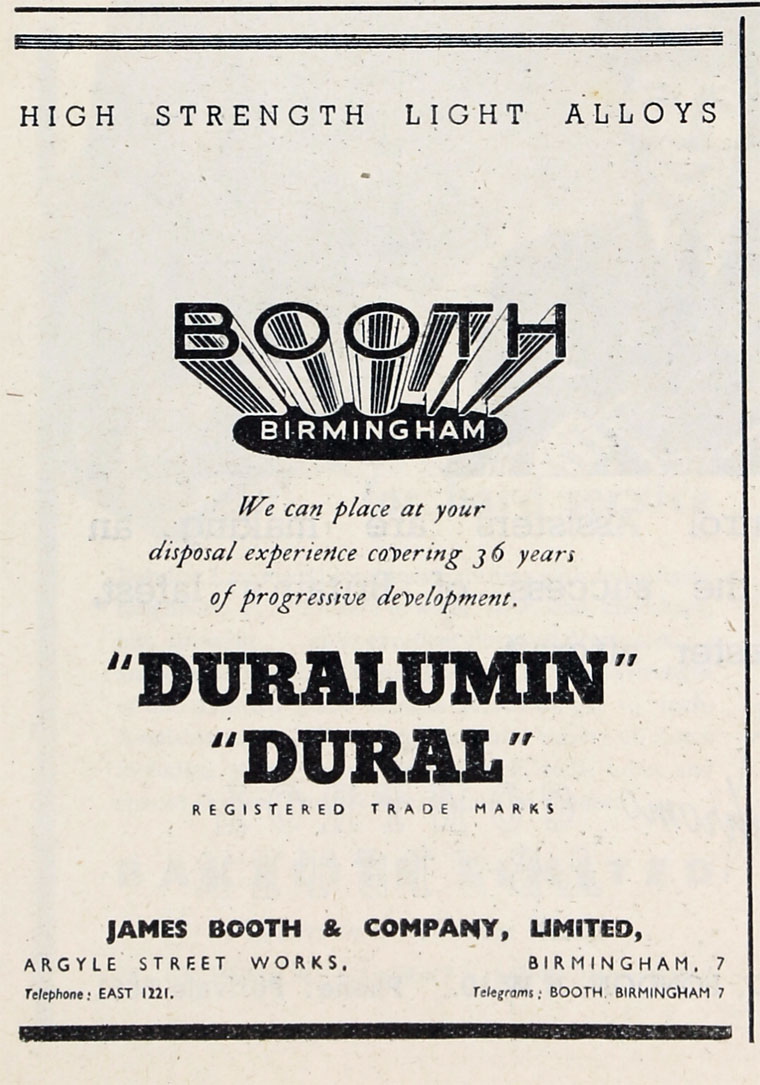 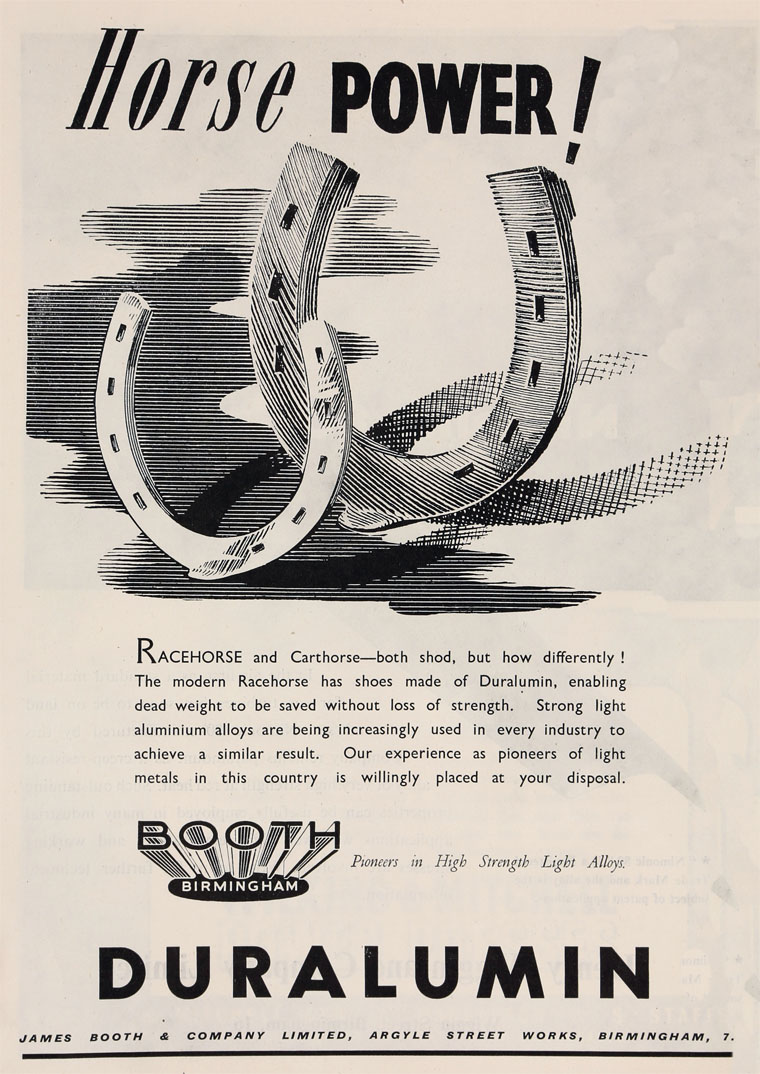 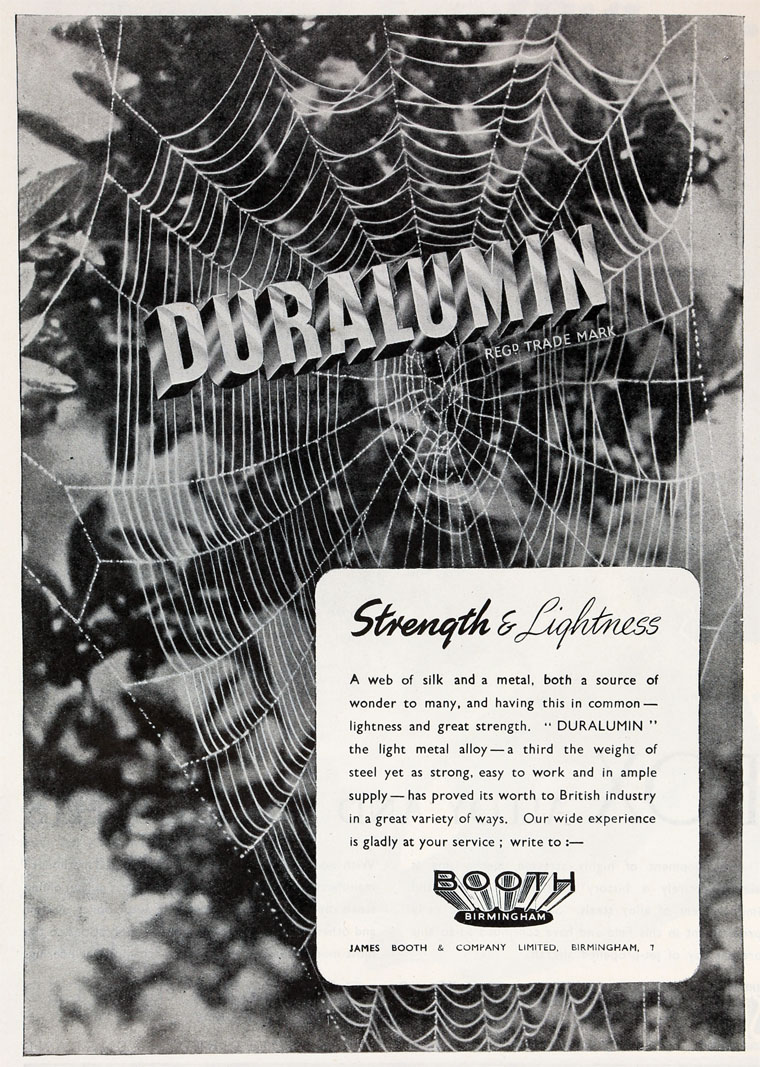 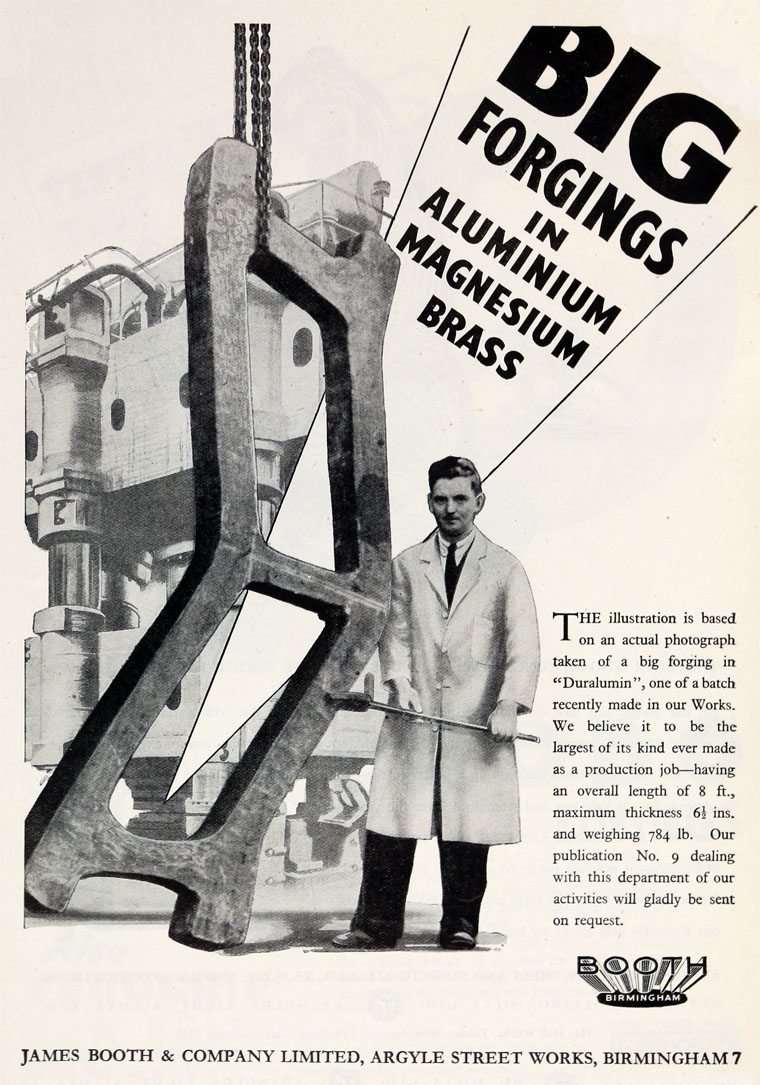 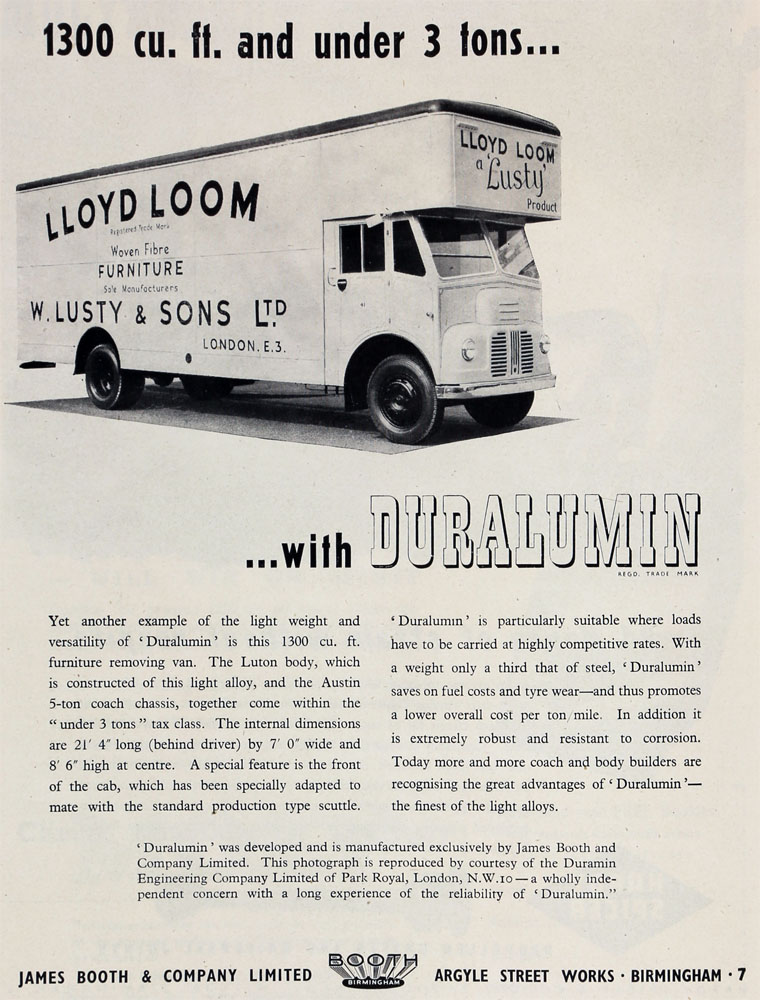 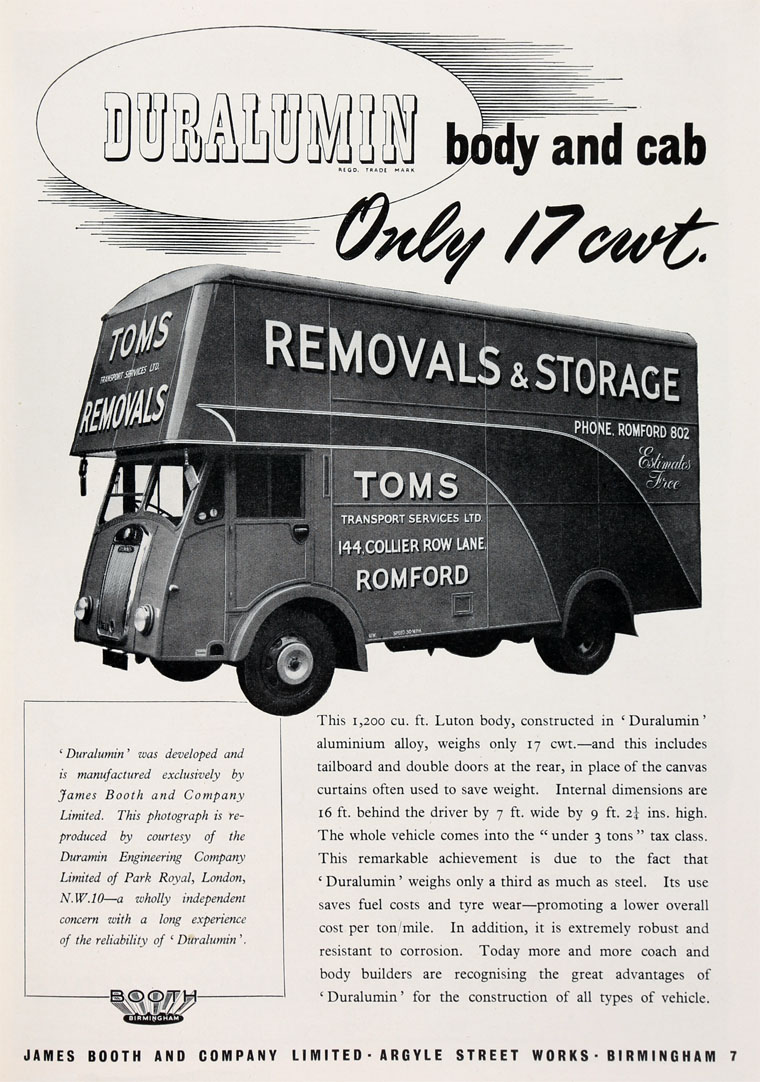 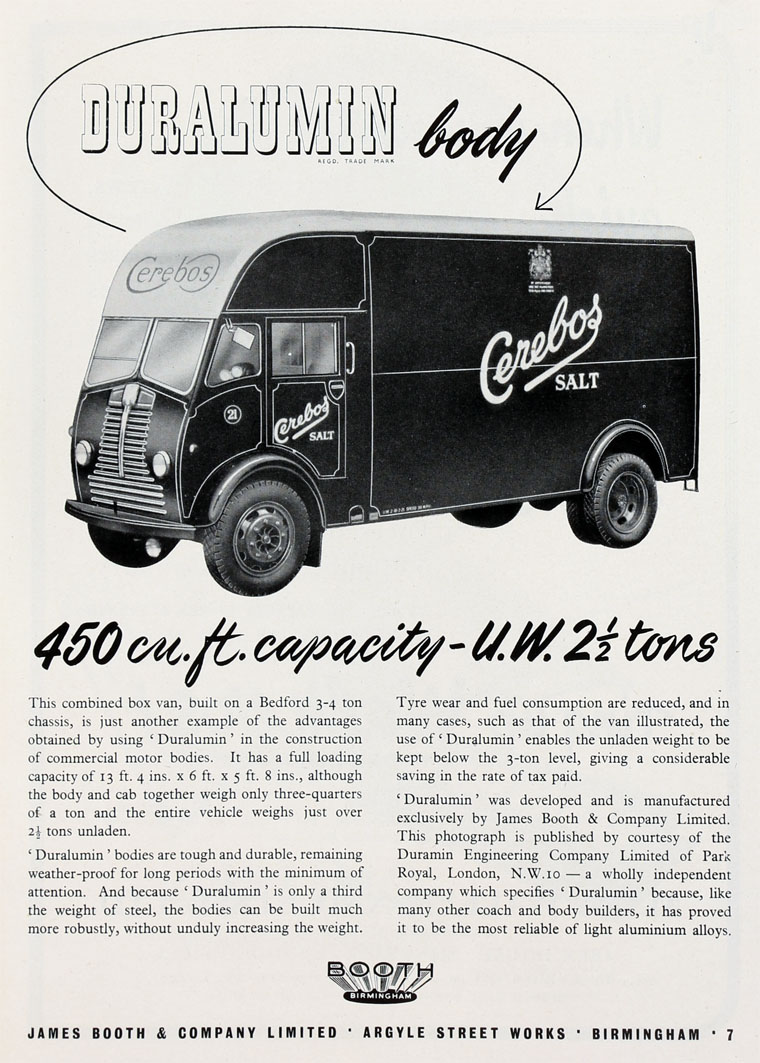 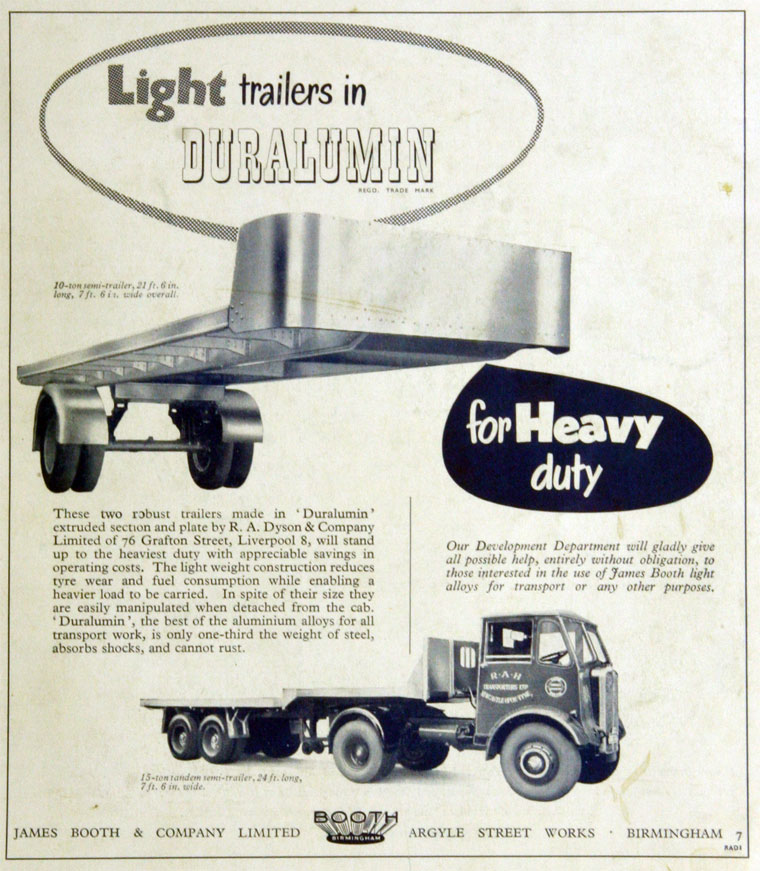 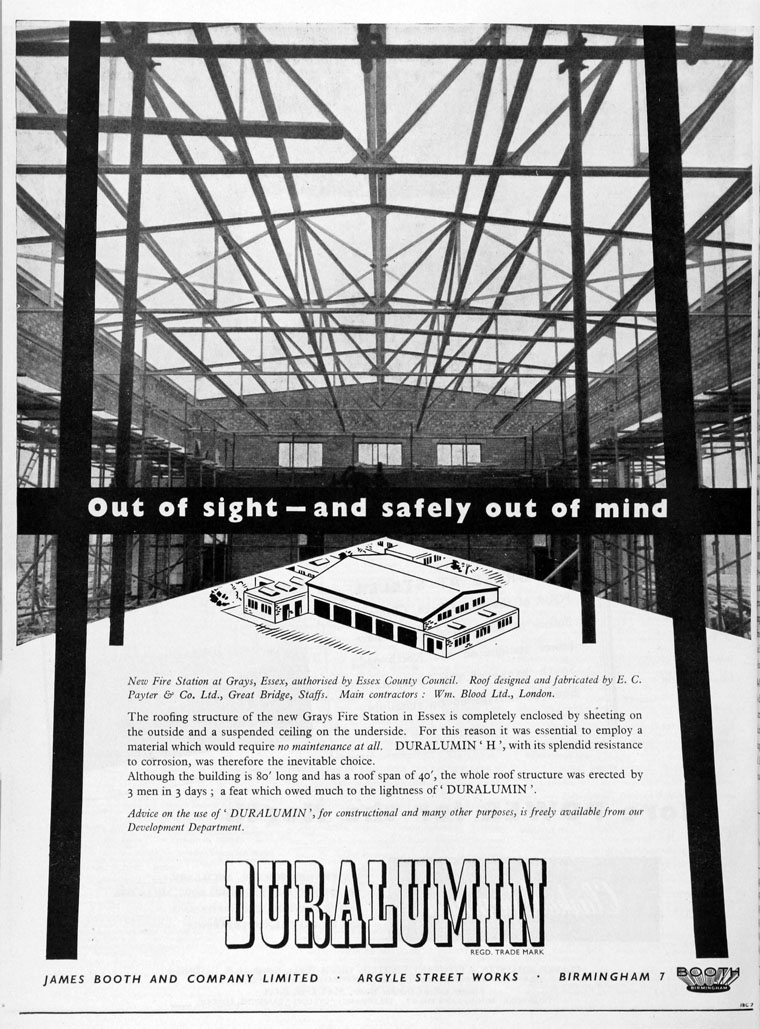 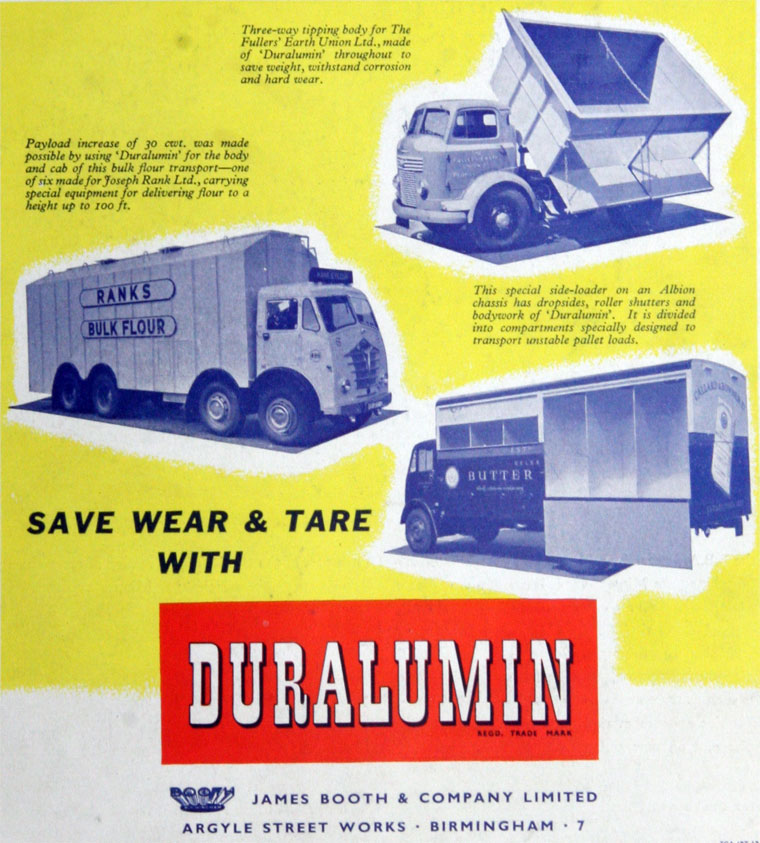 1912 Exhibitor at the Non-Ferrous Metals Exhibition at the Royal Agricultural Halls[2].

1915 The company was acquired by Vickers Ltd; James Booth (1915) Ltd was incorporated; took over the manufacture of Duralumin[3]

1921 Vickers owned the entire share capital of the company, which it used for making Duralumin, something that other suppliers seemed to be unable to make[4].

1928 Vickers sold the ordinary shares to the British Shareholders Trust who placed the shares. Capital raised by issue of preference shares was used to repay debts to Vickers [6]. British Aluminium Co took a substantial interest[7]

1938 Produced a wide range of non-ferrous metals and alloys; the increasing demand for work by the Government had necessitated expansion of production facilities[10]

WWII Much of the production went into aircraft uses. Scientific advances during the war meant that at the end substantial re-equipping was necessary. The company continued to depend on science to ensure its production was maintained at high level[11]. Had produced 250,000 aricraft propellors from Duralumin, as well as aluminium alloy tube and wire for rivets[12]