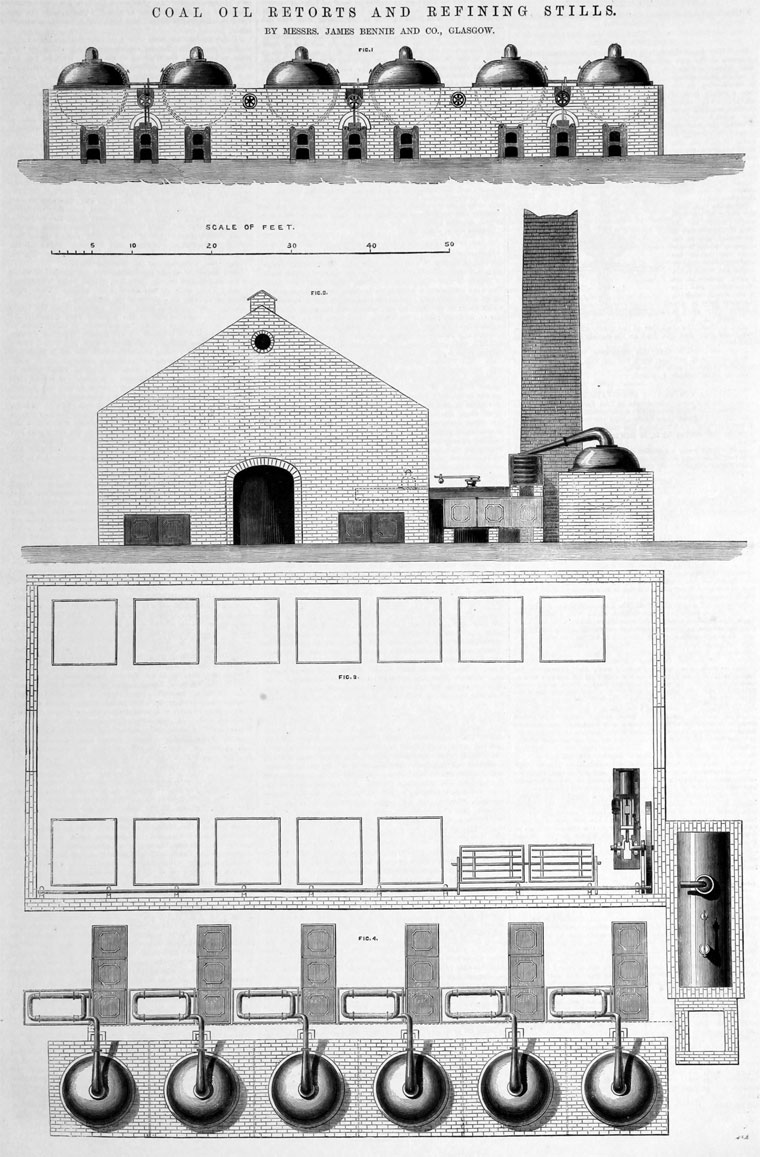 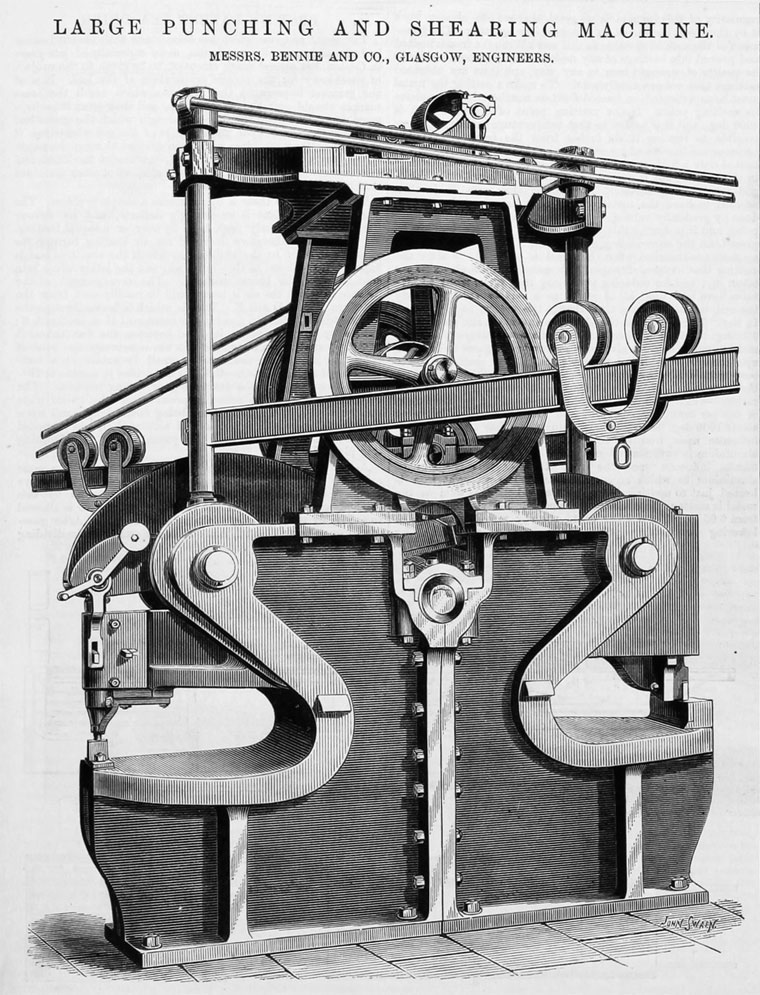 1886. Large punching and shearing machine by James Bennie and Co.

1835 Business established - presumably this refers to Newton, Bennie and Co

Previously James Bennie and Co had been at West Street, Tradeston, under James Bennie, Senior.

1866 The Kinning Park foundry of George Bennie and Co was said to be responsible for some retorts at the Lambton Mineral Oil Works near Durham[1] but the report in following edition of "The Engineer" ascribed this to James Bennie and Co[2], which suggests both brothers were involved in the foundry.

By 1866 over 600 horizontal retorts had been made by the company, and about 1,200 of the earlier upright type had been erected in Flintahire, Scotland, and England.

1868 James Bennie, Junior left the partnership with his father of James Bennie and Co at West Street, Tradeston, Glasgow

1869-73 James Bennie and Co were at Clyde Engine Works

1881 James Bennie, Junior, Engineer of Clyde Engine Works, Polmadie, near Glasgow carrying on business as James Bennie and Co of which he is the sole partner is declared bankrupt, Residing at Ravenswood, Crosshill. [3]

1887 James Bennie and Co were the makers of a radial steam hammer, based on the concept of R L McMutrie of A. Stephen and Sons, Linthouse[4]

1889 The name James Bennie and Sons was in use for some of the business (see advert).

1896 THE Subscriber Robert Mitchell retired as at 1st June 1896, from the Firm of JAMES BENNIE & SONS, Engineers and Machine Tool Makers, Clyde Engine Works, Hamilton Street, Polmadie, Glasgow. The Subscribers Hugh Osbourne Bennie and John Reid Bennie will continue the Business under the same Firm name, and will pay all debts due by, and uplift all debts due to, said Firm[6]

1913 Supplied heavy machine tools to Harland and Wolff at Liverpool and Govan, and Messrs Armstrong and Co's new yard at Walker-on-Tyne, and to Admiralty yards; extension to the works was necessary[8]

1937 The Scottish Machine Tool Corporation was formed by amalgamation of: James Bennie and Sons Ltd., G. and A. Harvey, Glasgow; Loudon Brothers Ltd, Johnstone; Craig and Donald Ltd, Johnstone; and James Allan Senior and Sons Ltd, Glasgow; all retained their separate autonomy, even though they had amalgamated. [11] [12]