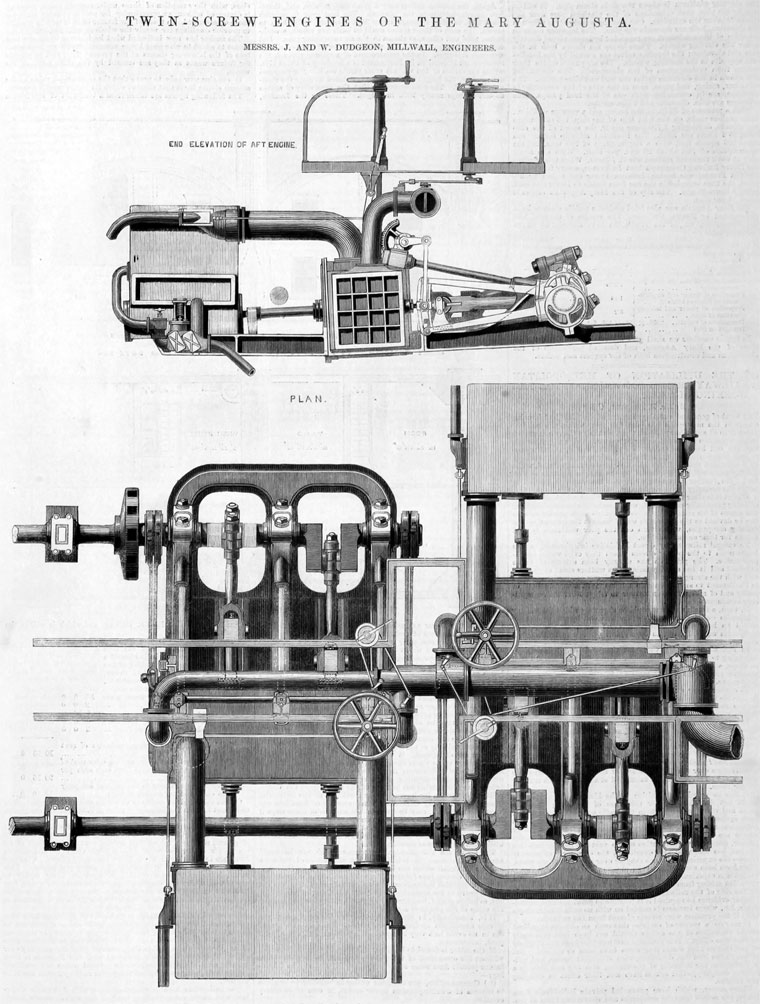 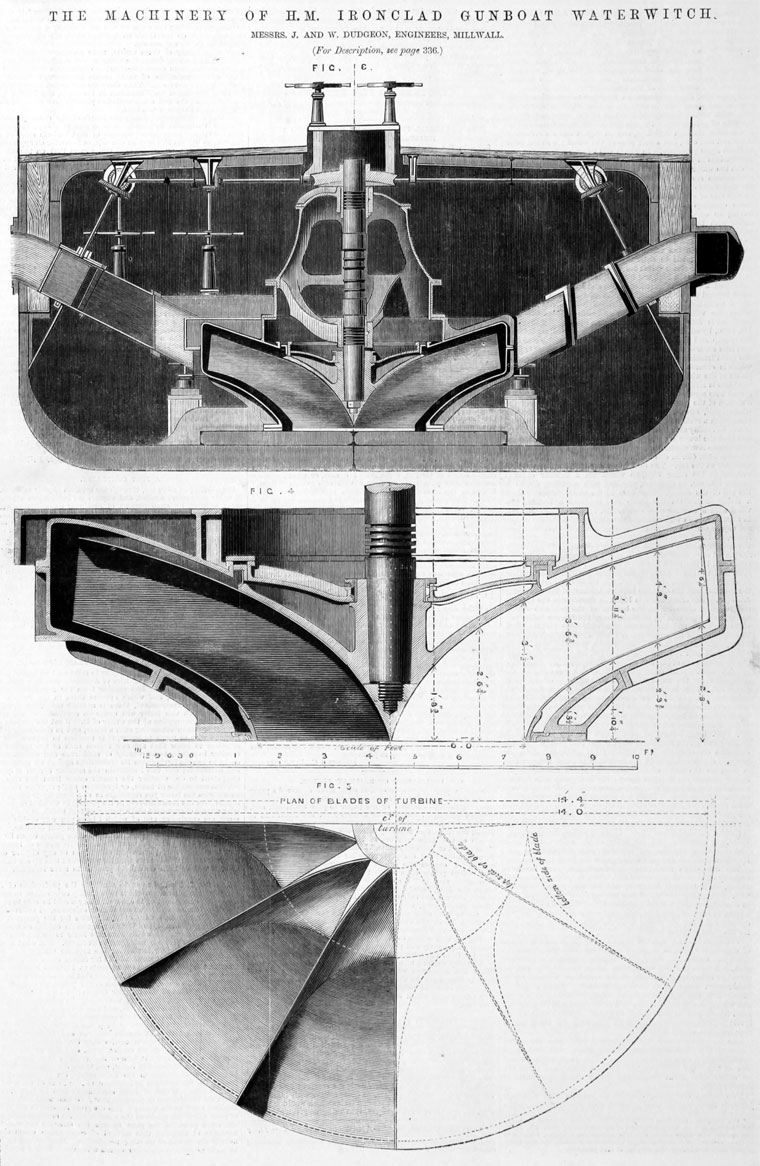 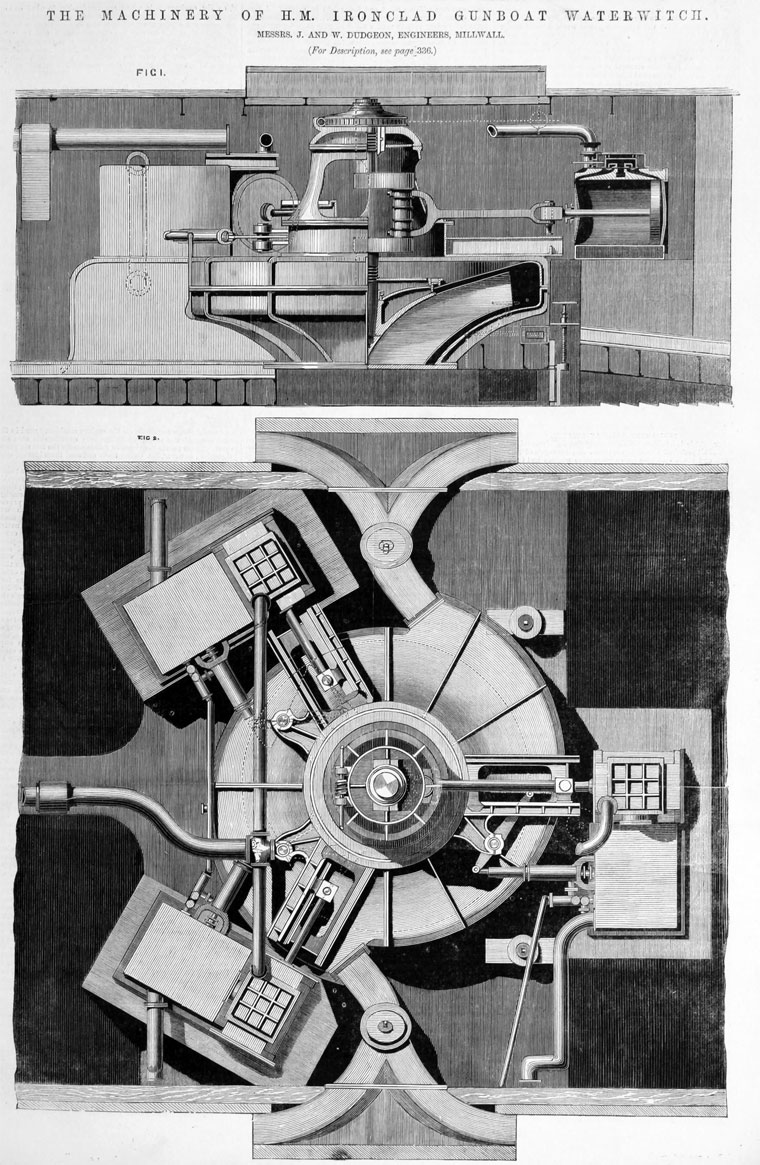 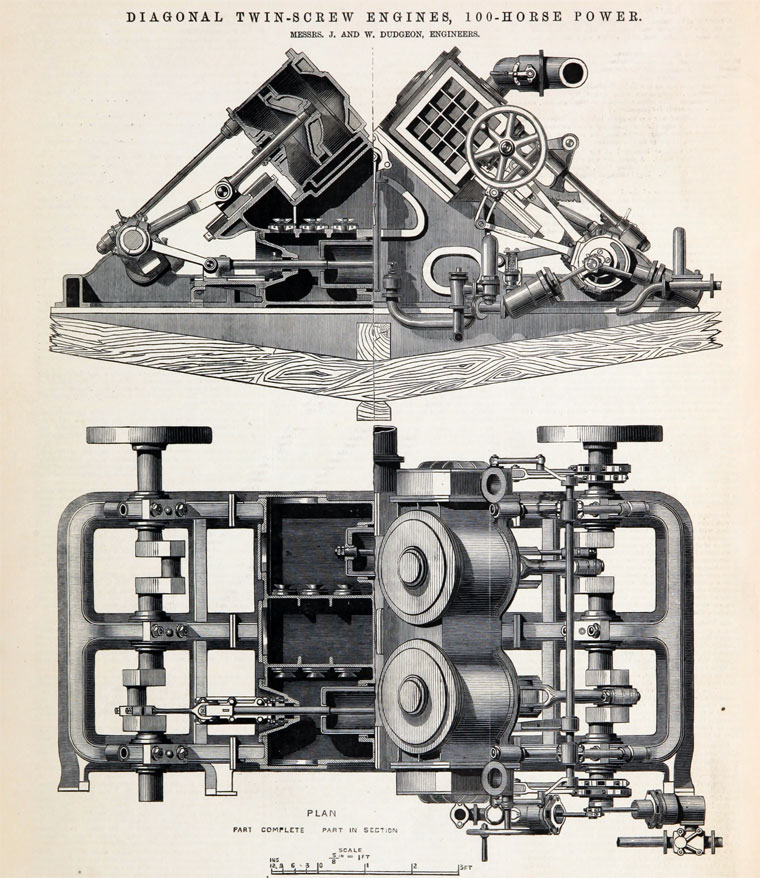 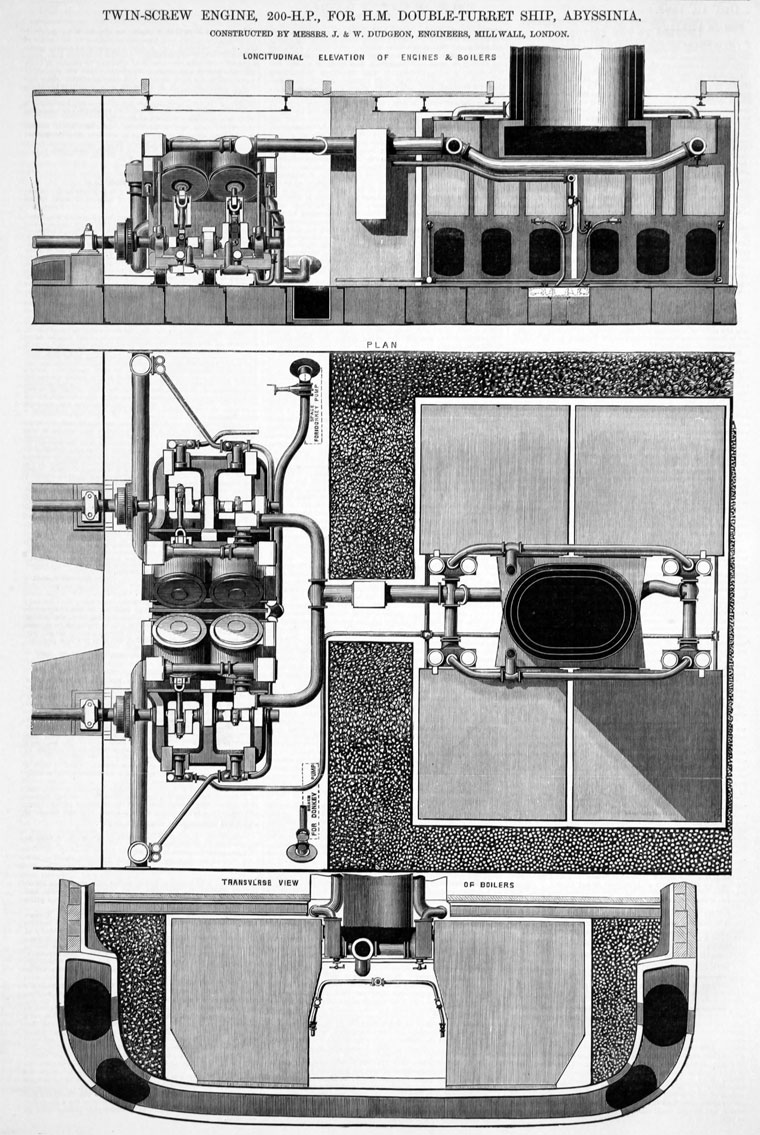 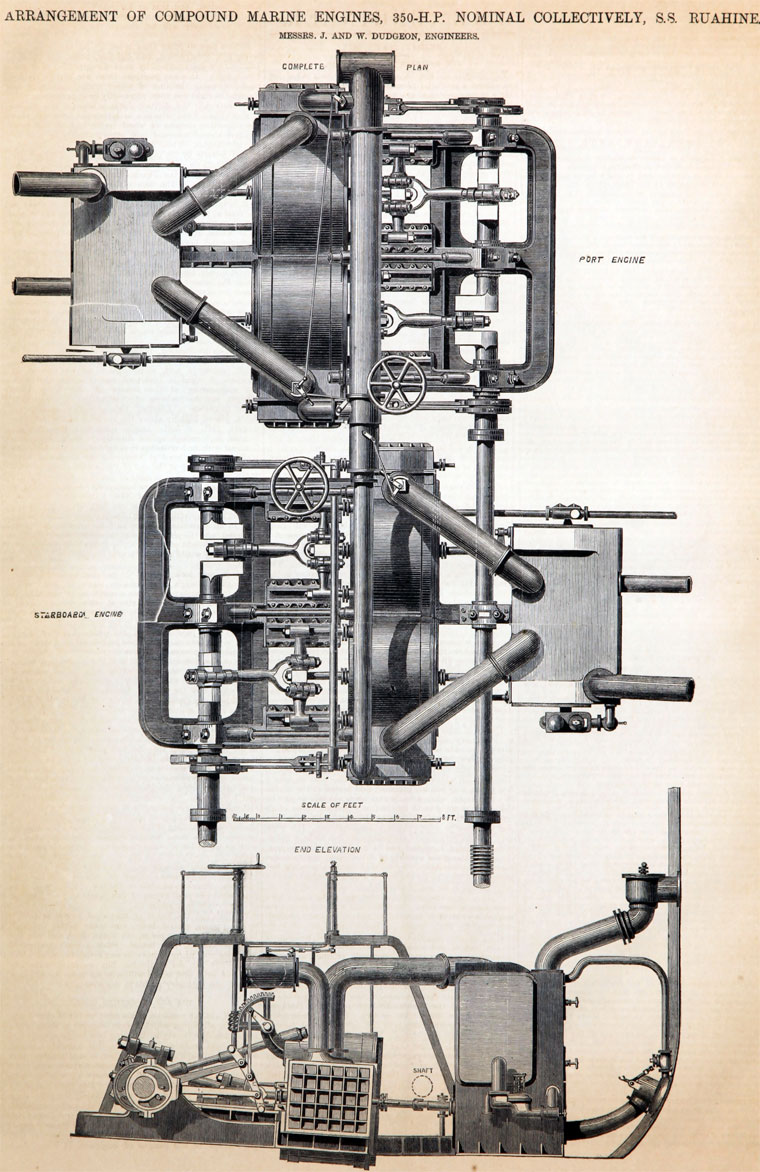 John Dudgeon (1816-1881) and William Dudgeon (1818-1875) were blacksmiths from Scotland but gained experience with some of the leading engineering firms.

1859 They founded an engineering shop at Millwall

1861 Started shipbuilding at Cubitt Town. One of the first vessels was the Thunder of 1,062 tons that reached the speed of 14 knots.

1861 Introduced propulsion by independently driven twin screws.[1]. The Dudgeons were the first to build any number of twin-screw vessels and to demonstrate their worth.

1862 Trials of SS Flora, the first twin-screw steamer having two independent engines (of 60 HP each). 400 tons, 160 ft long, 22.5 ft broad, 15.5 ft depth. Trials included a demonstration of turning in a circle with one engine running forward, the other in reverse. The tubular boiler arrangement was unusual. There was one boiler working at 30 psi and another at 50 psi. The latter supplied steam for the furnace blast and for mixing with the output from the low pressure boiler to dry the steam (and to superheat it?).

Built the Far East (launched 1863) and the Ruahine (launched 1865), the latter having twin screws and a compound engine.

1875 The engine factory and shipyard closed

See Wikipedia for more information and a list of 70 ships built by the company.

A Short History of Naval and Marine Engineering by E. C. Smith. Published 1937