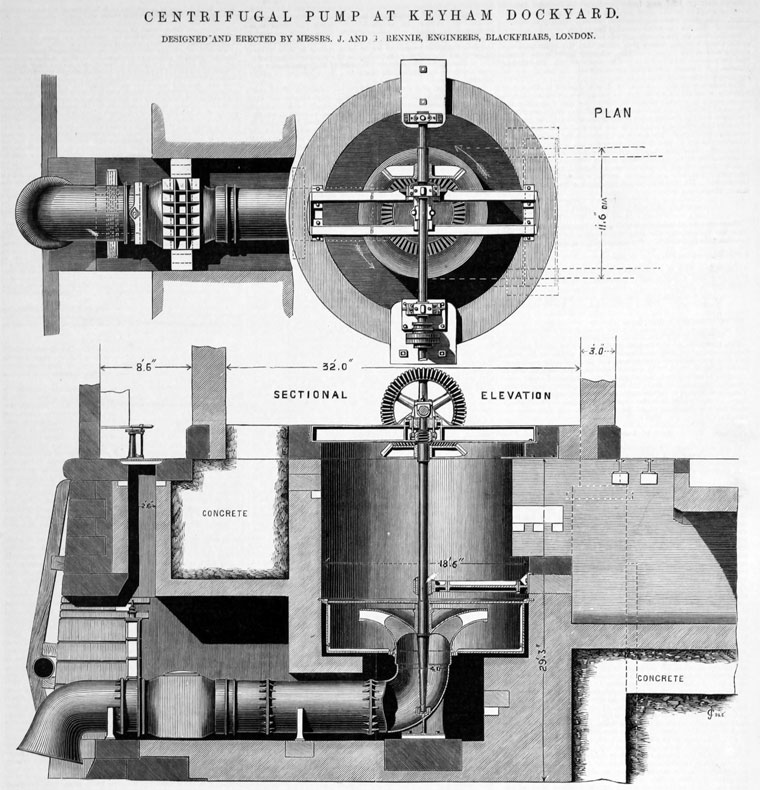 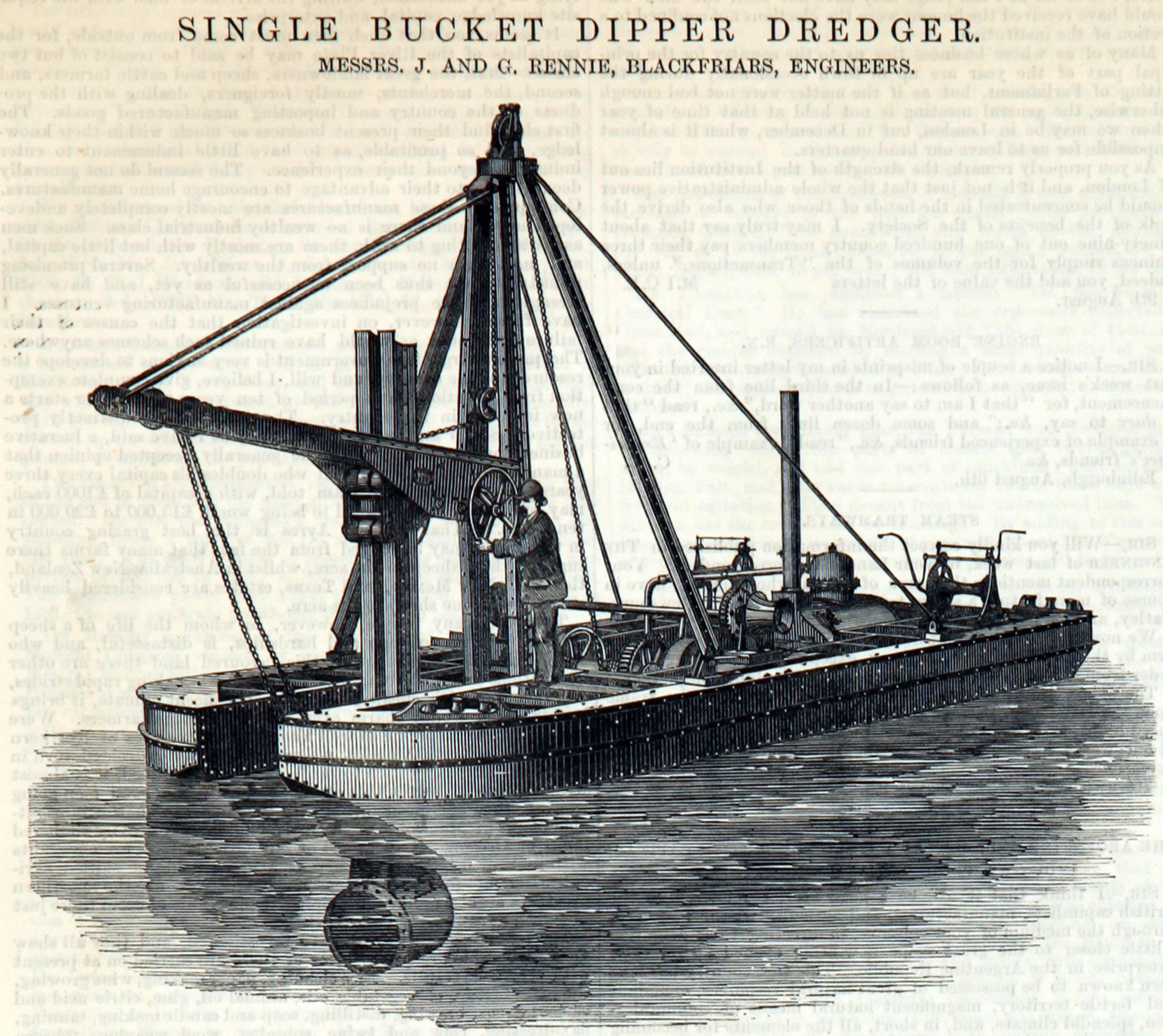 1791 The old works were established by John Rennie in Blackfriars.

1821 On the death of John Rennie, the business was divided between his two elder sons, who remained in partnership as regards the works with George Rennie (1791-1866) managing the principal part of the mechanical business while (Sir) John Rennie (1794-1874) was responsible for the completion of the engineering works. The firm carried on engine-making in the old works.

1824 G. and J. Rennie was established by the 2 sons of John Rennie senior at 52, Stamford-street, Blackfriars.

1833 the works were moved to Holland-street, Blackfriars, to the site of a large flour mill, after the latter had been destroyed by fire.

1830s The shipbuilding yard of J. and G. Rennie was established at Norman Road, Greenwich, which dovetailed with the building of engines for the Navy by Rennie Brothers.[1]

1848 Built the 'Vladimir', a frigate/private steam yacht for the Emperor of Russia, in conjunction with C. J. Mare and Co of Blackwall[2]

1852 Dissolution of the partnership between George Rennie and Sir John Rennie, as Engineers, carrying on business at Holland-street, Blackfriars, in the county of Surrey, under the style or firm of George and John Rennie, by mutual consent, as from the 4th day of December, 1852[3]

1862 Partnership change. '...the Partnership hitherto subsisting between the undersigned, George Rennie, John Keith Rennie, and George Banks Rennie, carrying on business as Engineers, under the style or firm of George Rennie and Sons, at Holland-street, Blackfriars-road, in the county of Surrey, and at Greenwich, in the county of Kent, is dissolved by mutual consent, as from the 31st of December, 1861, the said George Rennie retiring from the business, which will be continued by the said John Keith Rennie and George Banks Rennie...'[4]

Presumably at this point John Keith and George Banks Rennie renamed the firm as J. and G. Rennie.

1887 Conversion to a joint stock company of the business of millwrights, manufacturing engineers and shipbuilders, carried on by the firm of J. and G. Rennie, at Holland-street, Blackfriars, the Creek Yard Boiler House, Ravensbourne-street, Greenwich, and the Iron Shipbuilding Yard, Thames-street, Greenwich. An agreement of the 20th September (1886) cited that the partnership between John Keith Rennie and George Banks Rennie had expired. As well as the 2 older Rennies K. T. Rennie also became a director, in addition to a number of non-family members[5]

1890 George B. Rennie was chairman at an EGM when the company of J. and G. Rennie was formally wound up[7]

The Rennie family continued in business as G. Rennie and Co at Greenwich