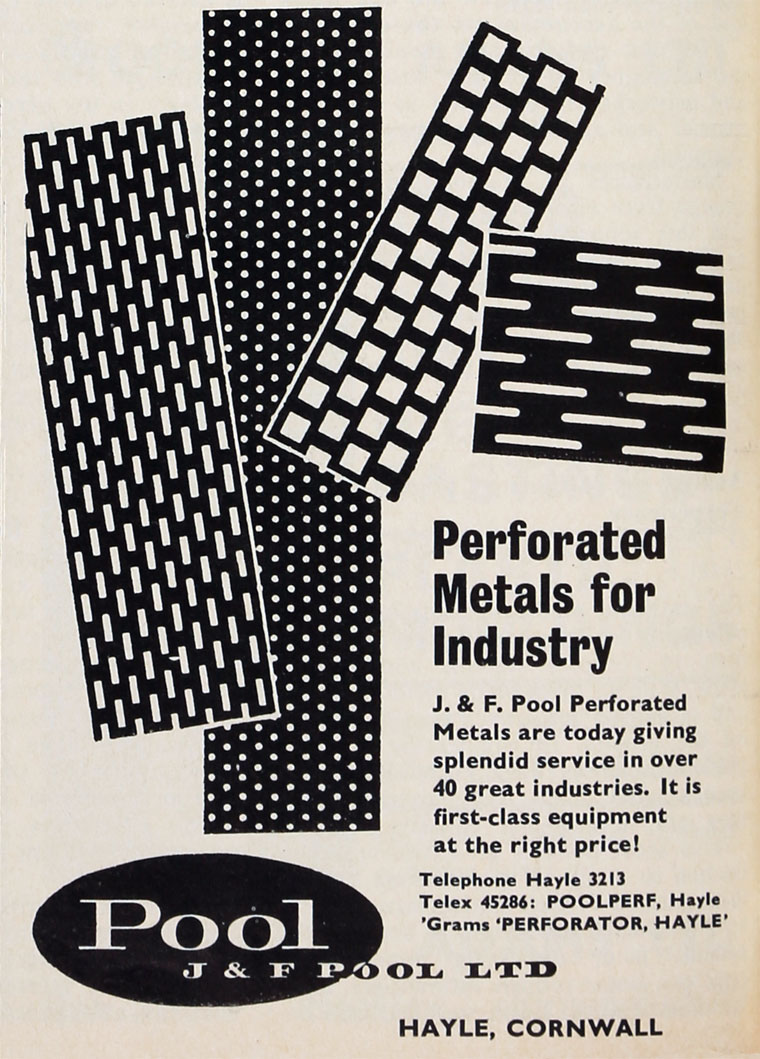 1862 Founded by brothers James Pool and Fredrick Pool. This was based on their father, James ‘Tinman’ Pool’s company, founded in 1848 to produce plumbing services, tinware and tools for the local community and the Cornish mines.

1905 Incorporated as a Limited Co.

While Newlyn copper was totally handmade, only the finishing of Hayle copper was done by hand. Large presses with zinc dies were used to stamp out the main designs, with the hammered decoration added at the finishing stage. Some pieces involved a considerable amount of hand working, while others were left plain and only a minimal amount of finishing was completed by hand.

J. and F. Pool's decorative and household copper work dwindled as the company increasingly moved into other markets, including producing munitions for both World Wars.

1947 Acquired the Cultivex Co, manufacturing cloches and small greenhouses, in 1947.

1986 The company was controlled by the Pool family until 1986, when it was sold to Cooper Industries, and eventually merged into Ash and Lacy, who moved production to their other factory(s) in the Midlands in 2001.[1]