(Redirected from J. and E. Wright)
Jump to: navigation, search 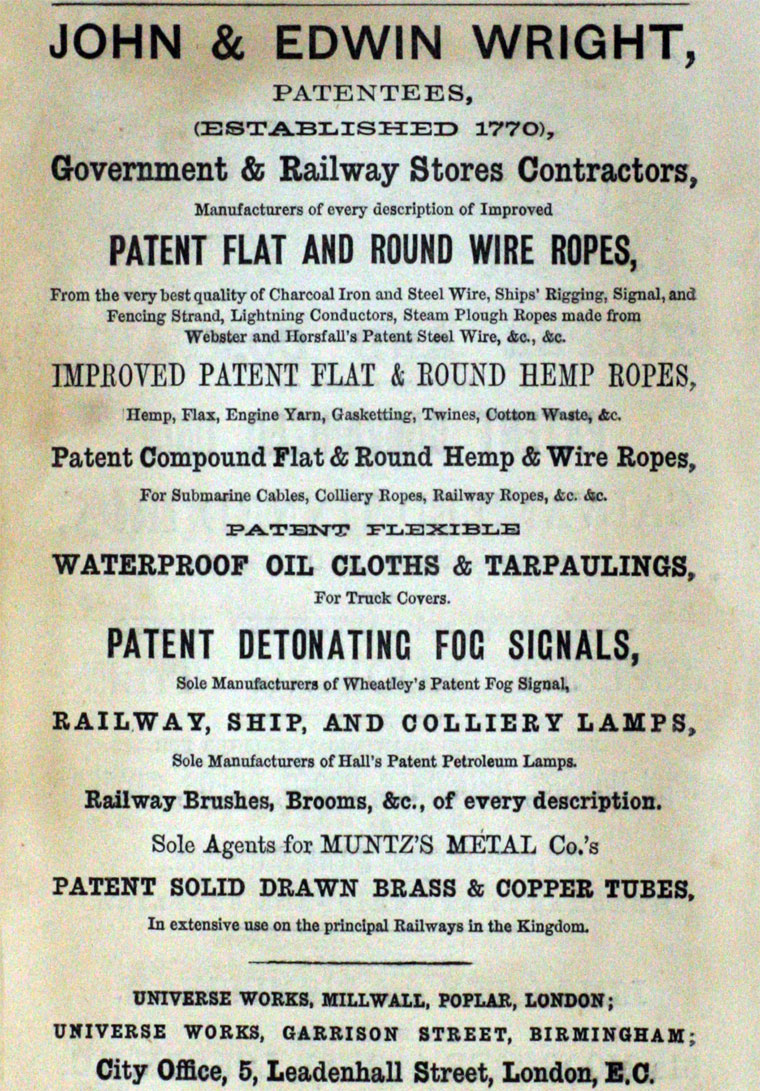 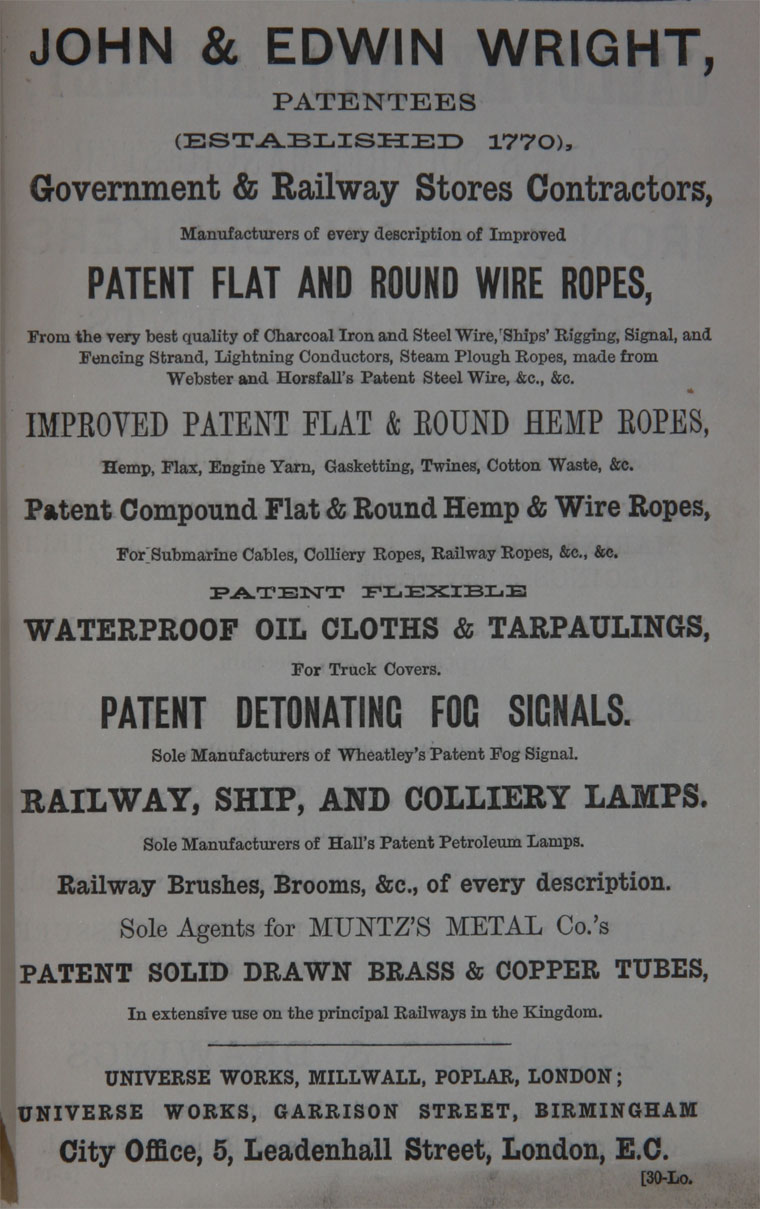 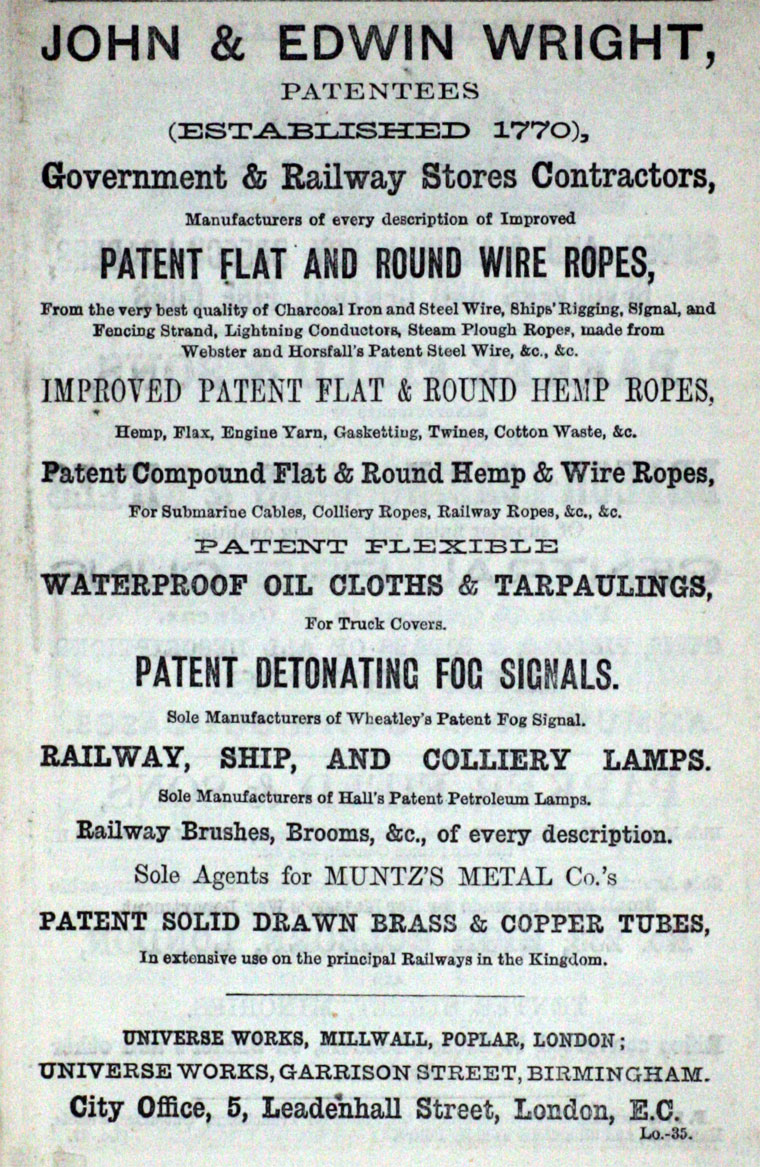 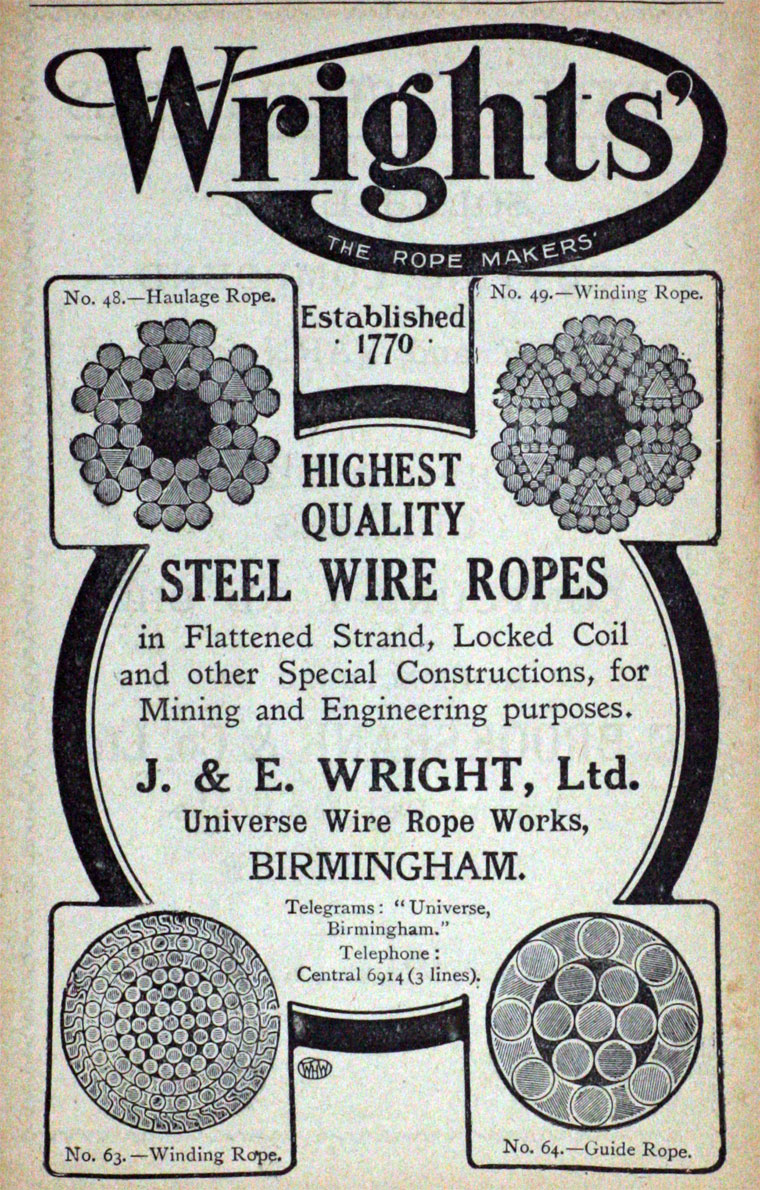 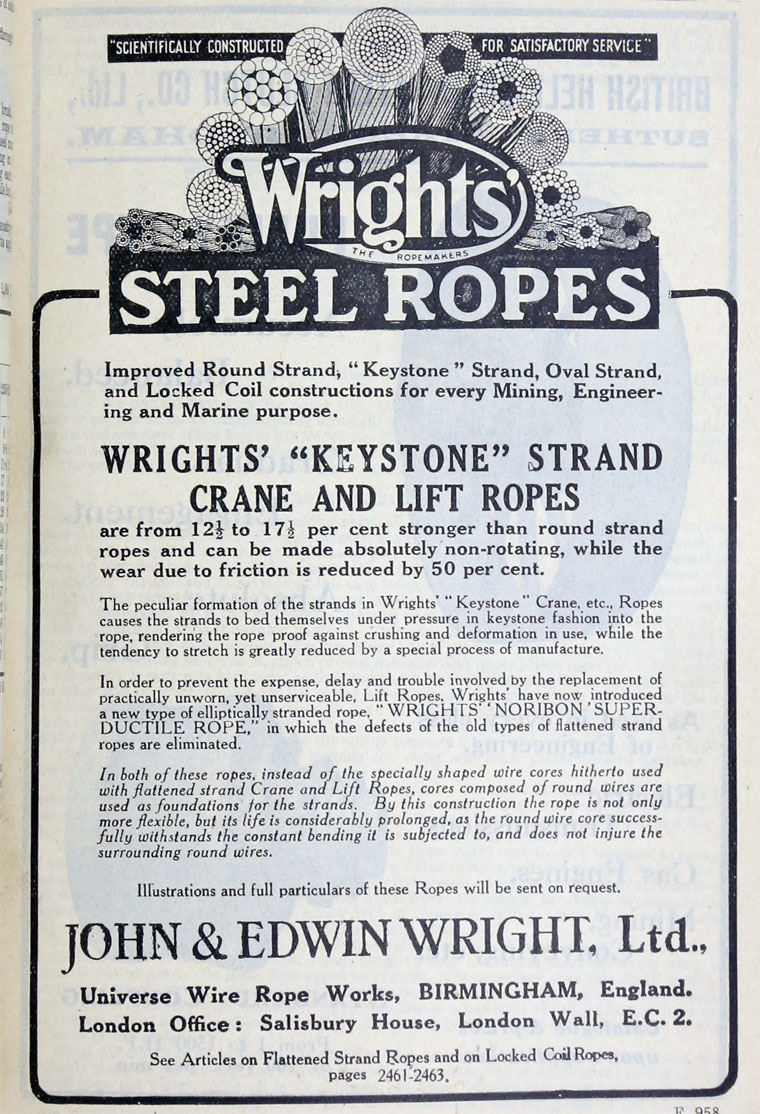 Continued by his sons John and Edwin Wright

1865-66 Invented and patented a cable strong enough to span the Atlantic ocean for the Atlantic Telegraph Co.

1896 He wrote 'Wire Rope and its Applications' (Copy in SMCL)

1899 The company was registered on 4 February, to take over the business of cable manufacturers, of a company of the same name. [1]

c.1922 Made a flattened strand wire rope 36,300 ft long, weighing 65 tons, which was transported from Birmingham on two bogie wagons.[4]