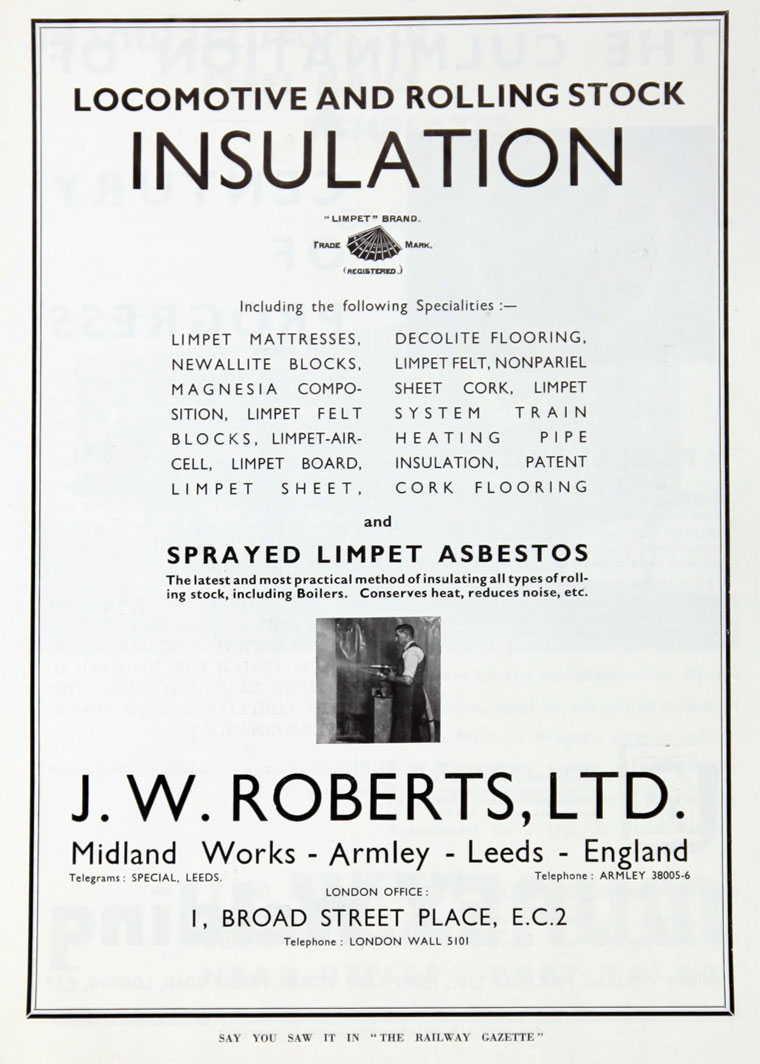 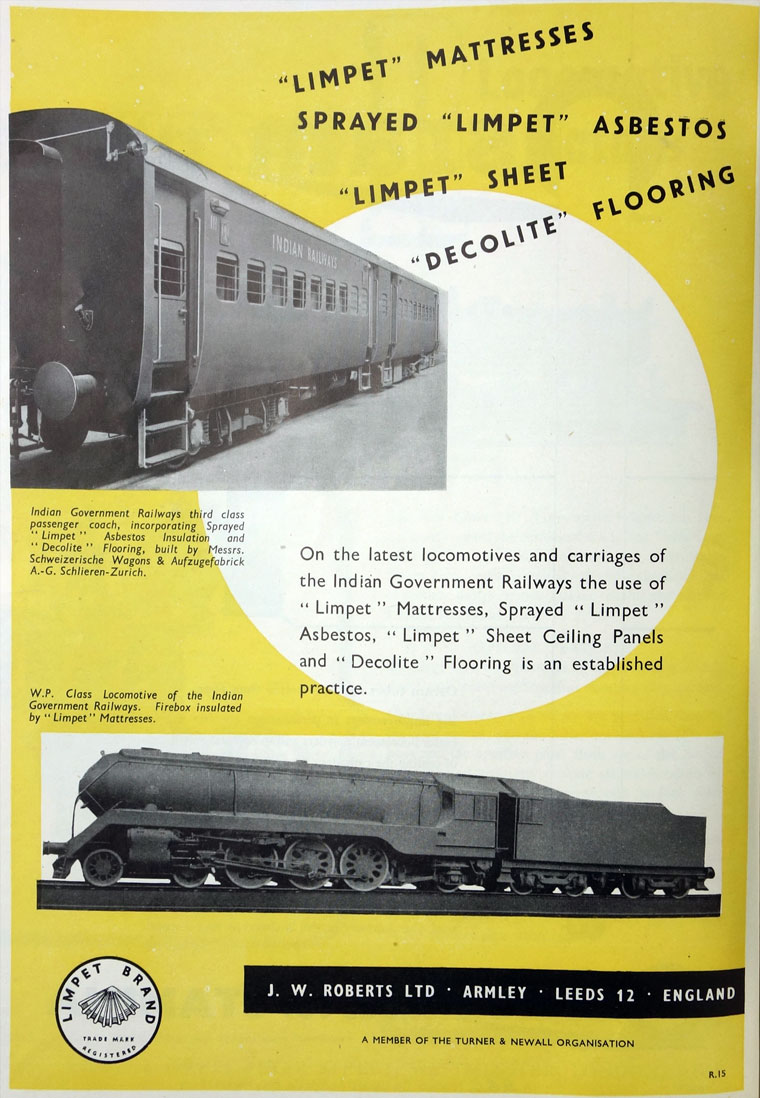 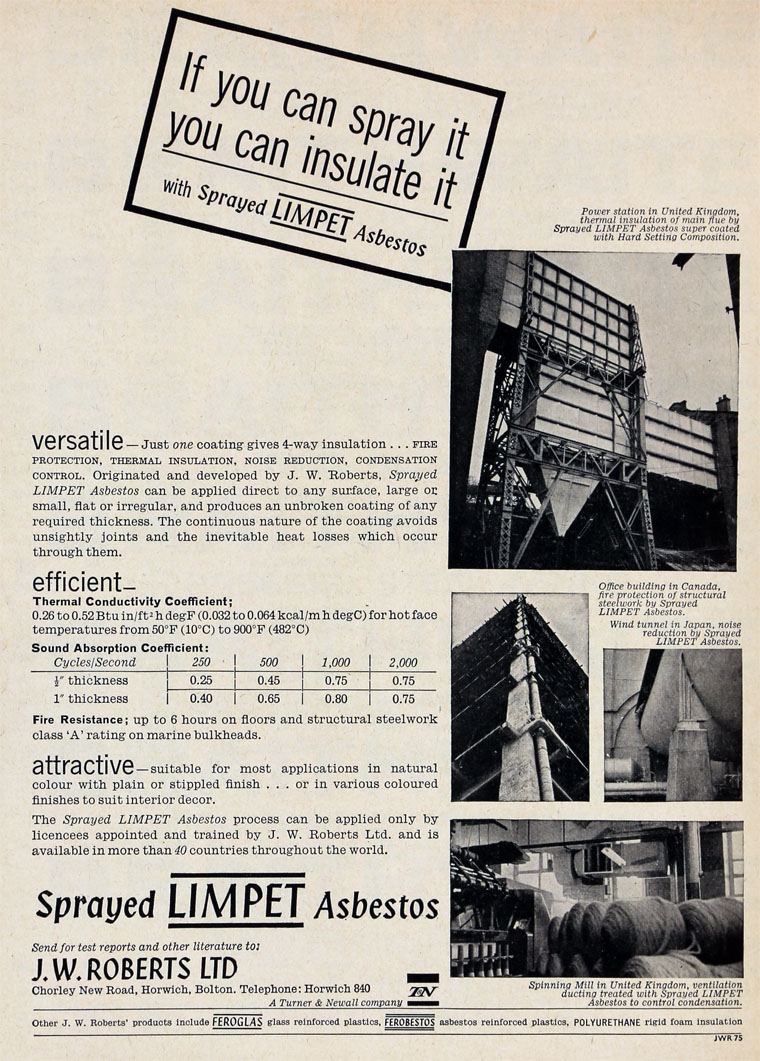 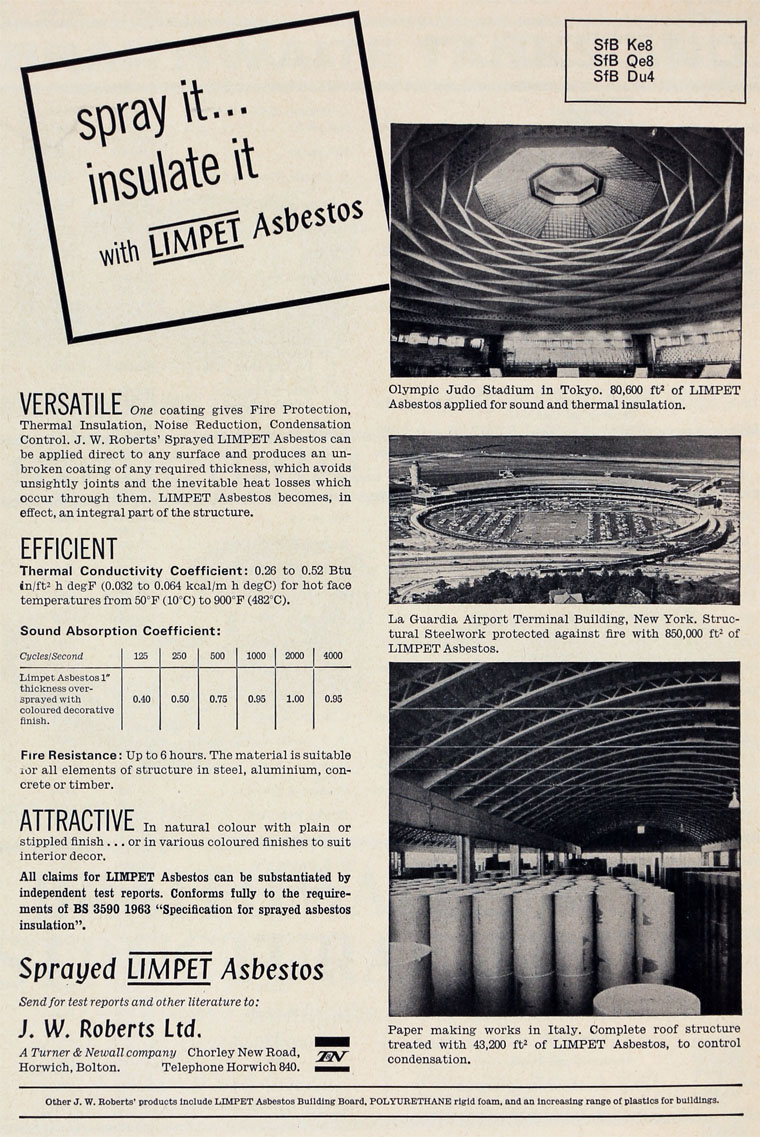 1920 One of 4 companies that merged to form Turner and Newall. At that time particularly associated with insulation products made using crocidolite fibres.

c. 1931 Introduced a sprayed insulation material (Limpet). Limpet spray was used widely for railway, marine and general acoustic applications; it consisted of amosite (and formerly crocidolite) fibres together with cement, applied in a fine spray of water. The process was patented. The principal patents expired in 1946. In 1970 there were still 14 licensees in the United Kingdom, including three other companies in the Turner and Newall group

1939 Introduced cement coating for covering sprayed and other insulated surfaces.

Its main customers were traditionally the railways. The railway market as a whole declined during the 1930s and demand for mattresses later fell with the change over from steam to diesel locomotives.

Until 1970 J. W. Roberts continued to act as Turner and Newall's supply agents in the rail market, both for its own products and for those of other group companies.