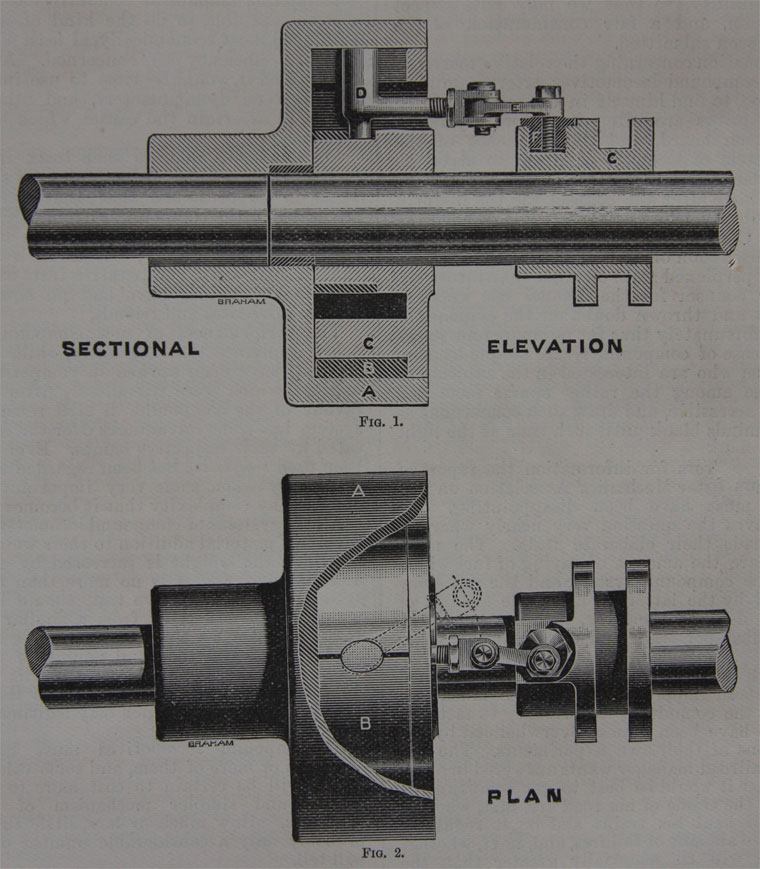 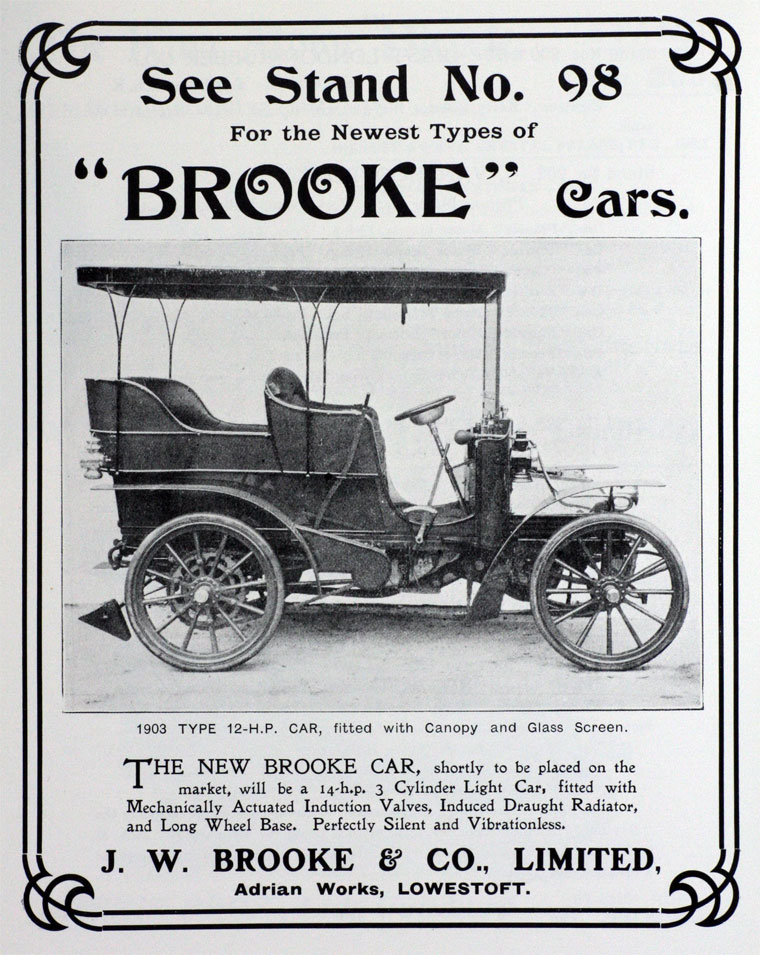 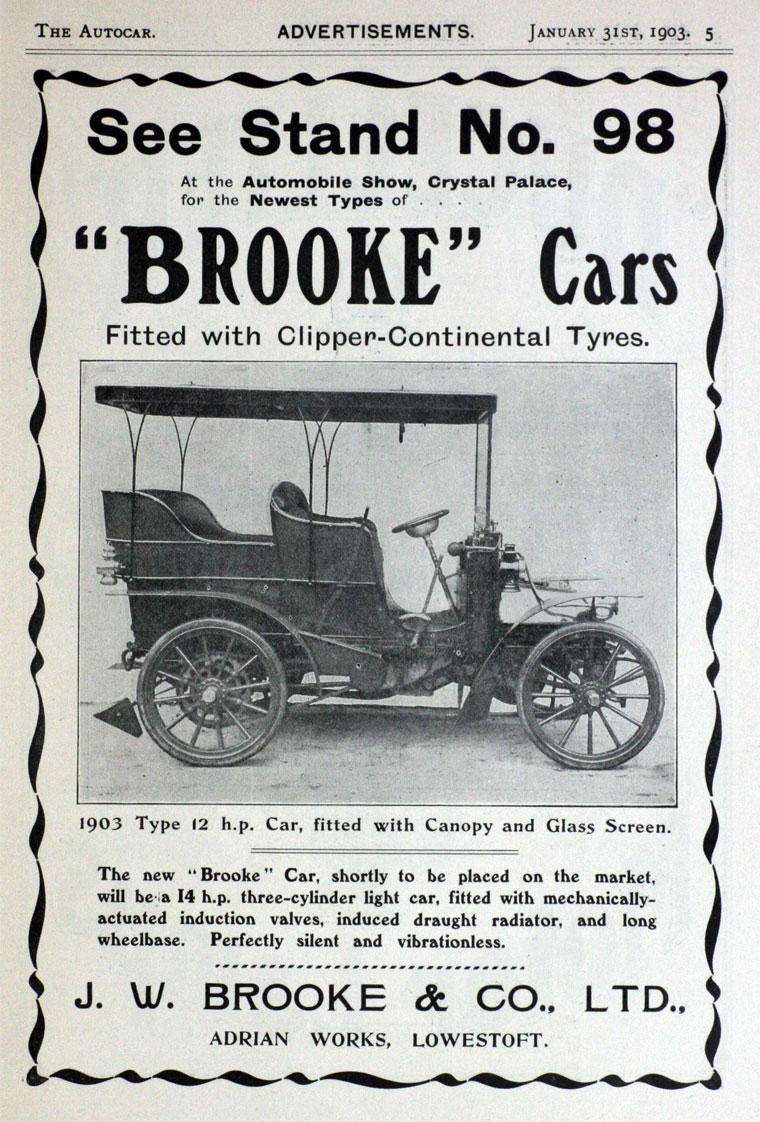 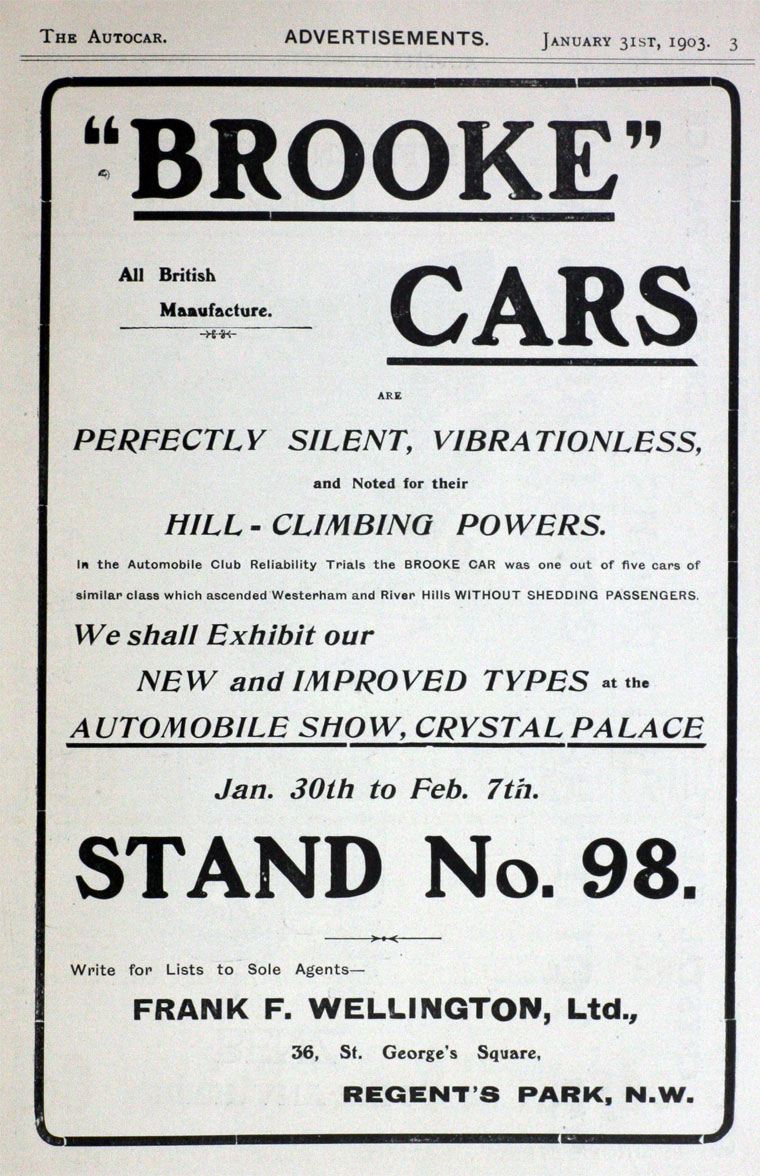 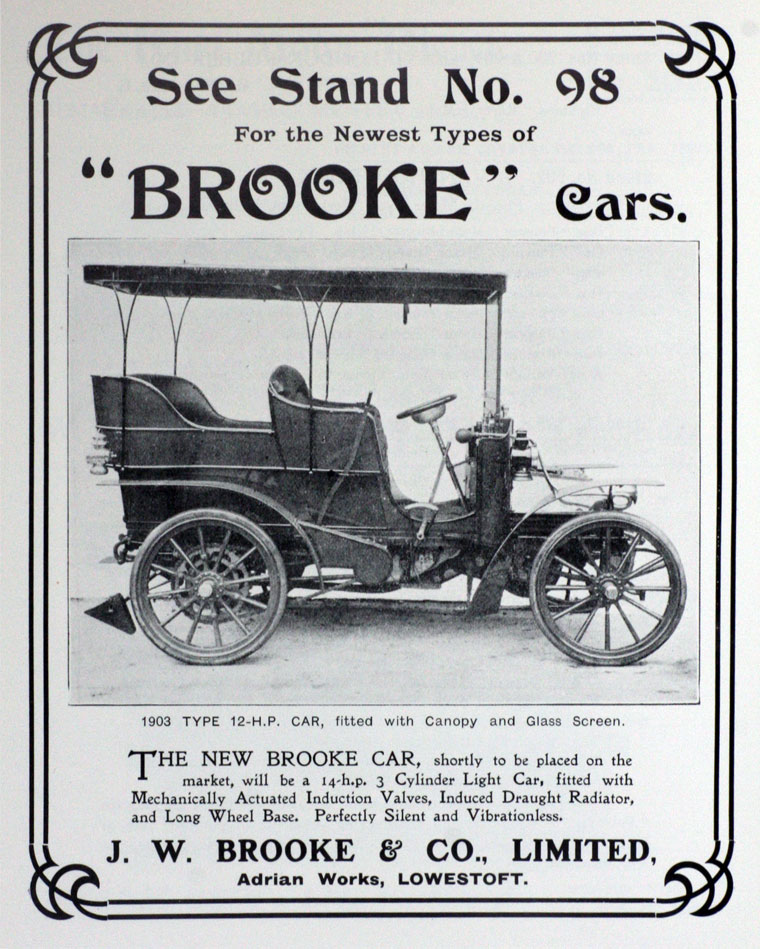 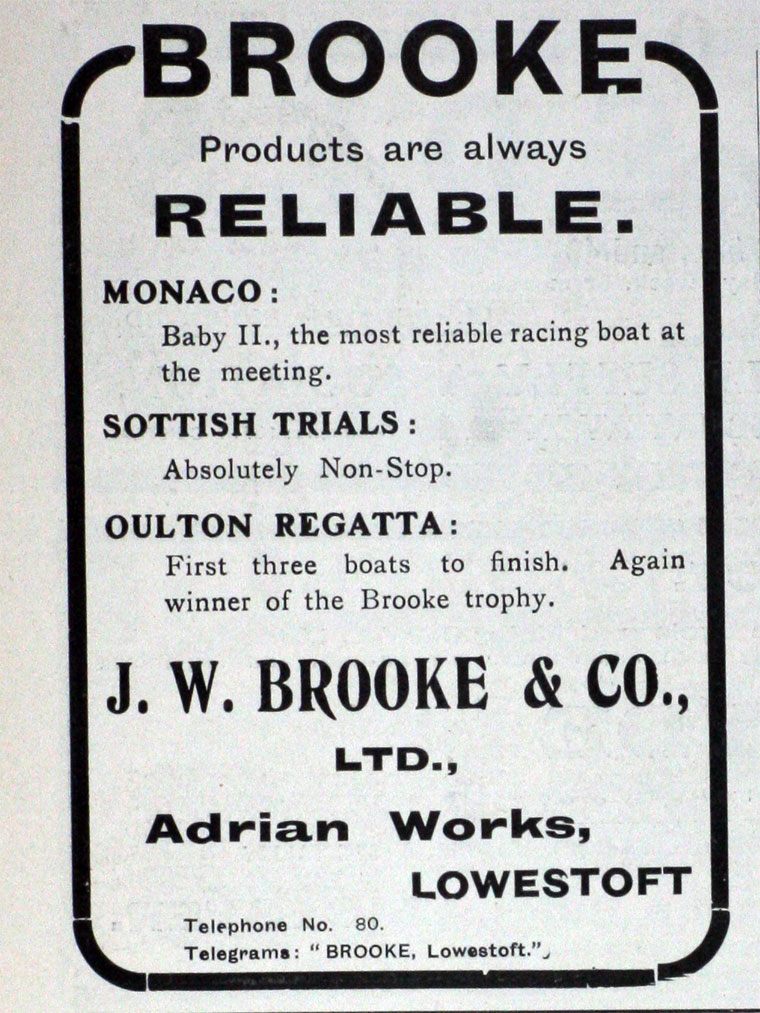 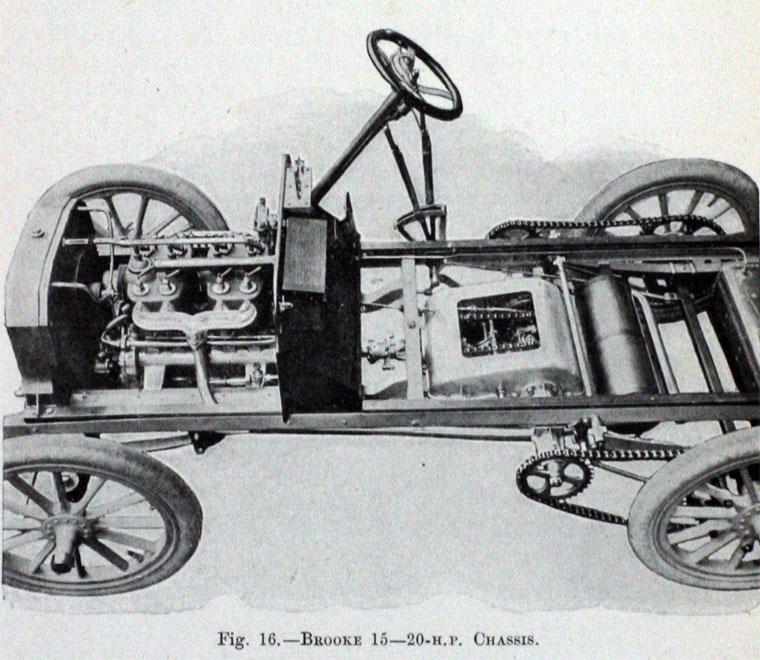 1914. Shipped to South America this passenger launch is 60ft by 11 ft built of Yank teak.

1914. A passenger motor boat built for the Leopoldina Railway Co intended to carry up to 100 passengers across the harbour of Rio de Janeiro.

John Walter Brooke was the son of an ironfounder

1870 He laid out the works of Robert Warner and Co

Brooke went to the USA where he spent time in Adrian, Michigan

1874 John Walter Brooke opened his own foundry on his return, and named it after Adrian, Michigan.

1887 Was making compound and triple expansion engines for fishing, coasting and other craft

1904 September. Details of the automatic carburetter.[6]

c1914 Introduced a four-stroke engine for marine use