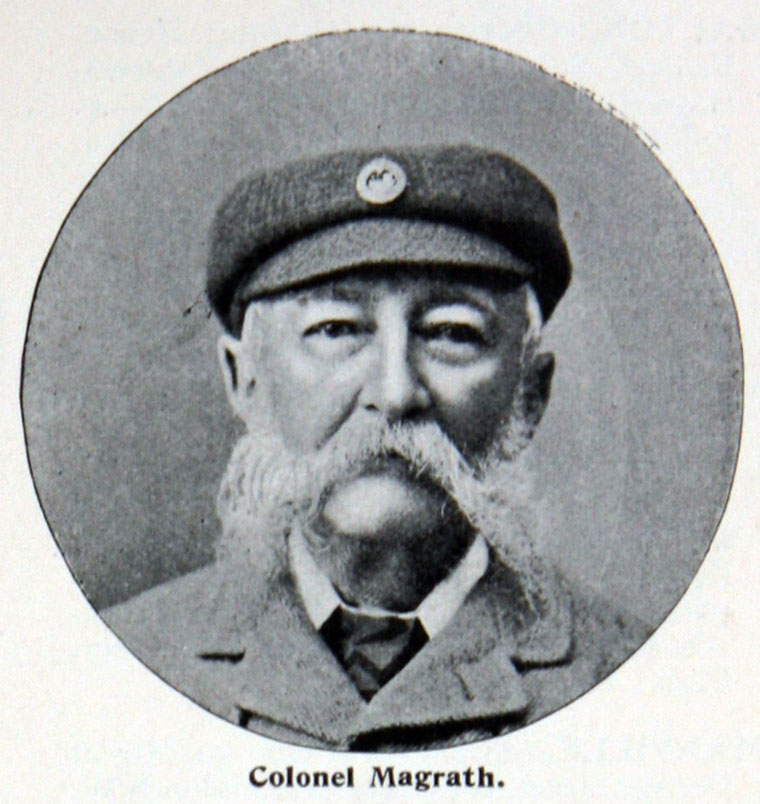 1913 Died. 'ARMY. Col. John Richard Magrath, retired pay. late Royal (Madras) Artillery, died on the 15th inst., at Bann-Abo, Wexford, aged 80. Col. Magrath was the eldest son of the late Mr. John Magrath, Bengal Medical Service, of Bawn James, Ireland. He obtained his commission in the Madras Artillery, June 13, 1843, and became Lieutenant April 30, 1849. He served as a volunteer with His Highness the Niram’s troops in the affair at Bhuddrachellum on June 9, 1849. He also served in the second Burmese War, and was present at the operations near Donabew, being wounded on the left side while leading infantry to the attack of the stockade on March, 19, 1863. The same day commanded the artillery out of action (medal with clasp for Pegu). He became Captain Aug. 27, 1858, and in 1861 political officer he accompanied an expedition against Rookies. While in civil charge of the Eastern frontier of Bengal he attacked and defeated with severe loss a large force of Rookies, which had the effect of quieting the tribes. He (was mentioned in despatches, and received the thanks of Government on every occasion of being under tire. He was promoted to Lieutenant-Colonel on Jan. 26, 1870, and retired with the honorary rank of Colonel Aug. 1, 1872.'[2]