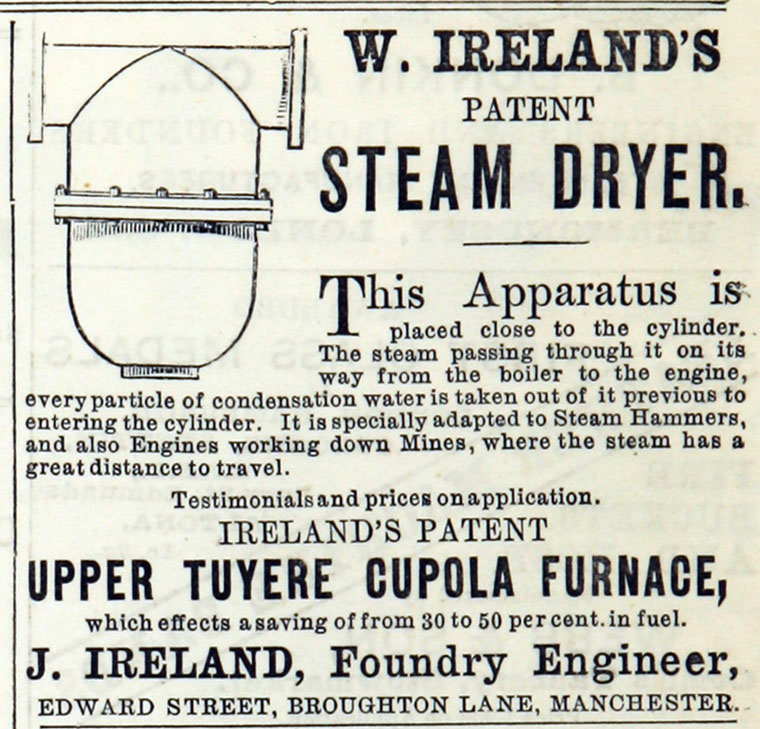 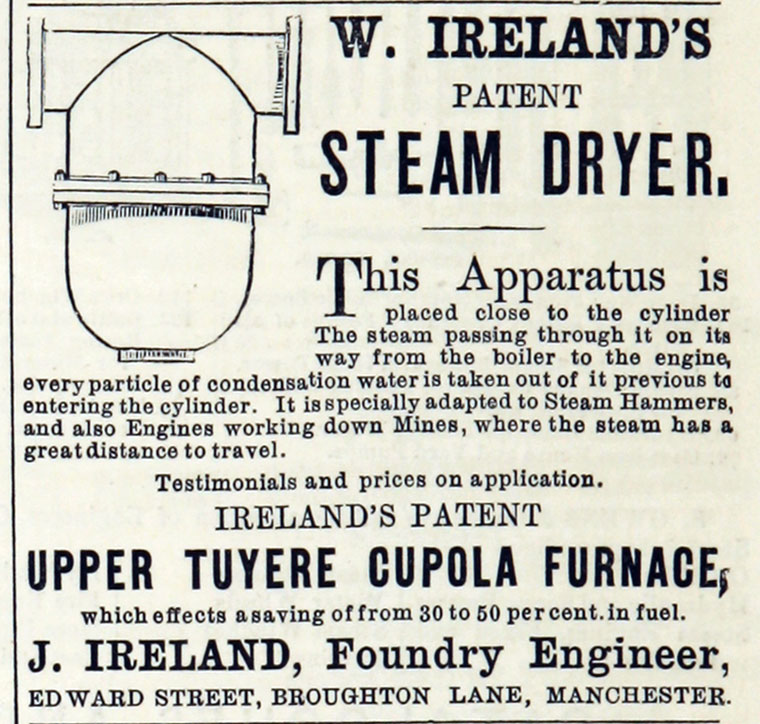 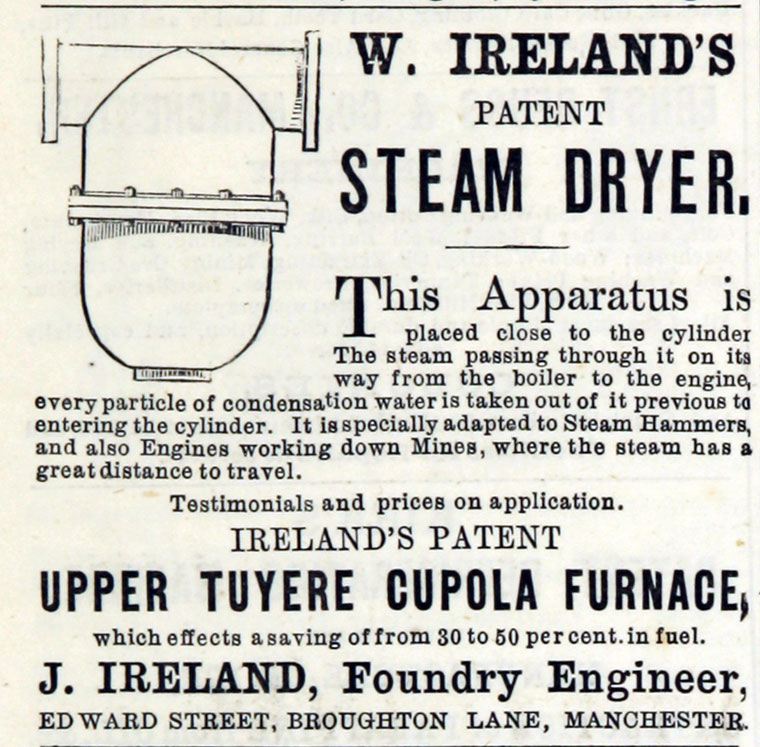 1858 Patent No. 1950, to Jonathan Ireland, of Manchester, Foundry Engineer, for the invention of "Improvements in cupola furnaces." [2]