(Redirected from J. I. Thornycroft and Co)
Jump to: navigation, search 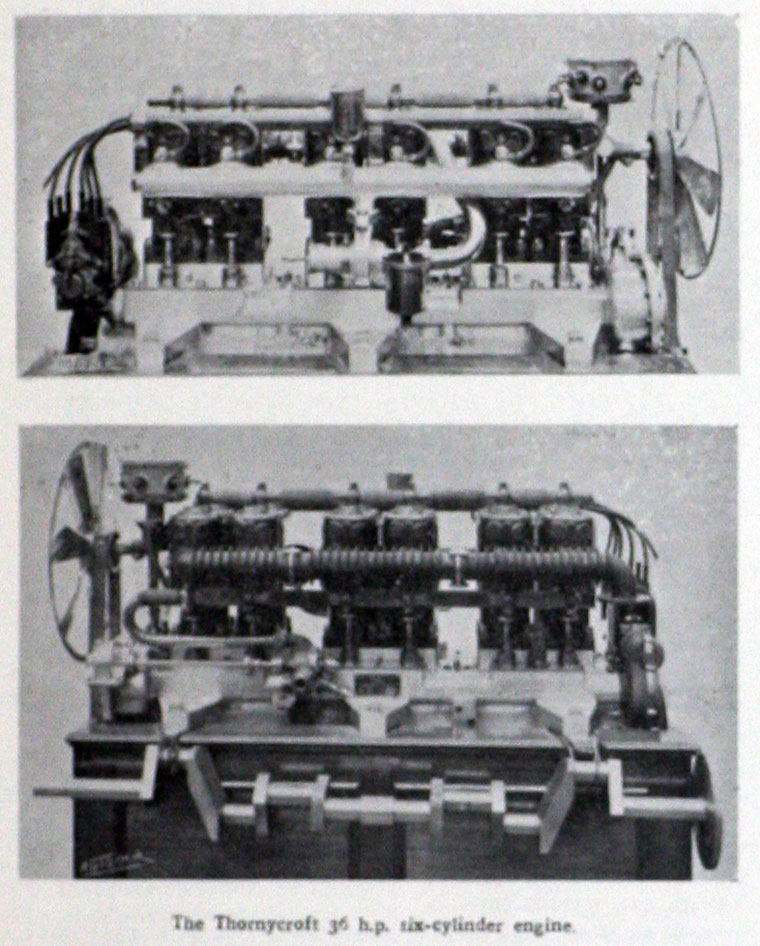 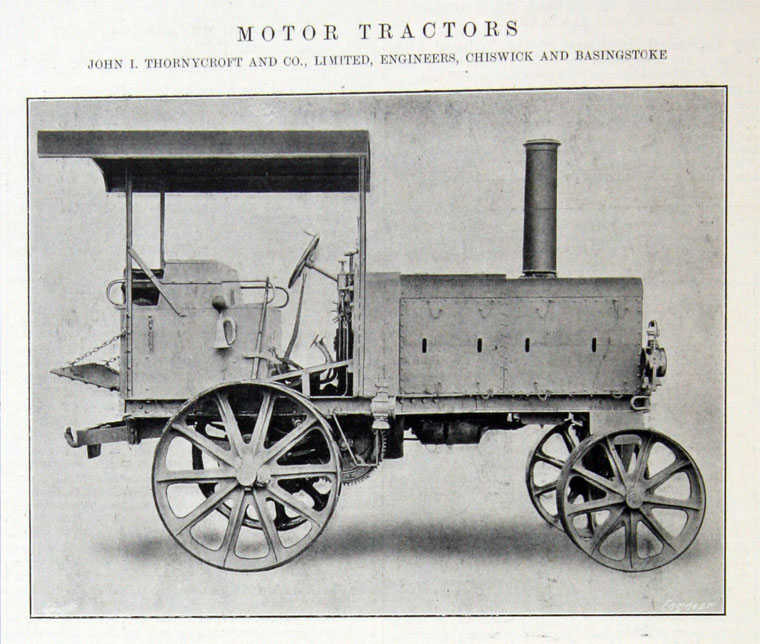 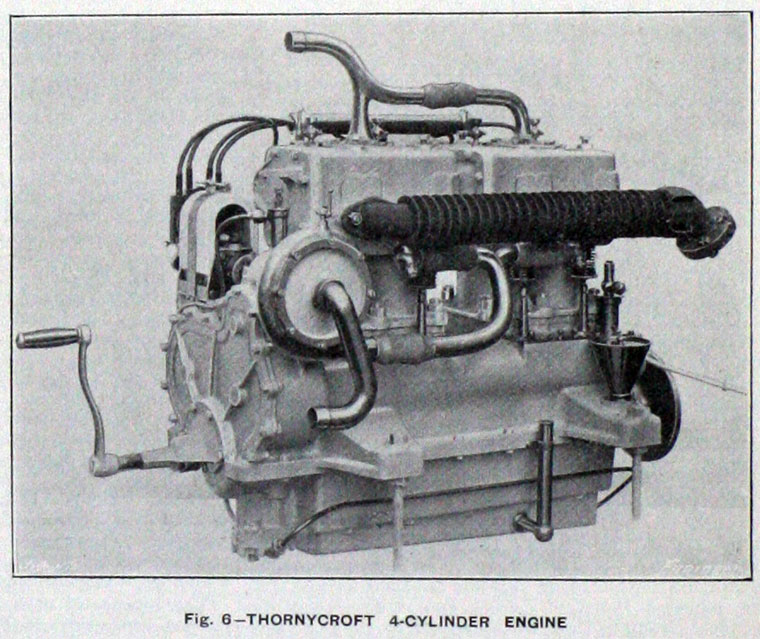 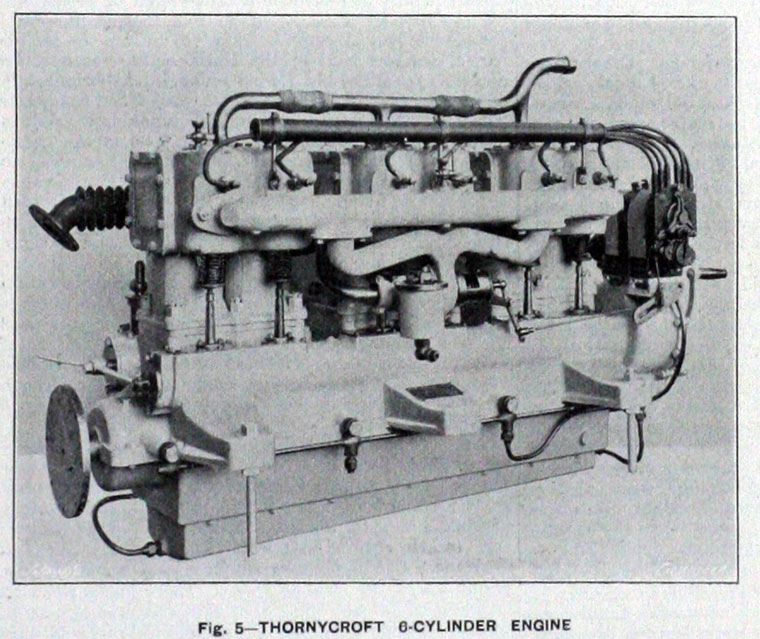 Engine and transmission of Thornycroft steam wagon at Milestones Museum 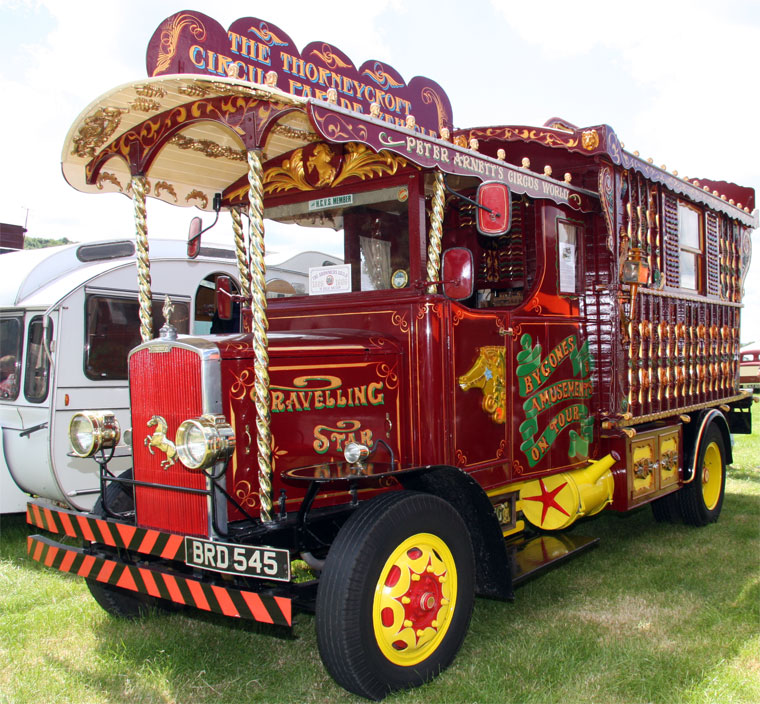 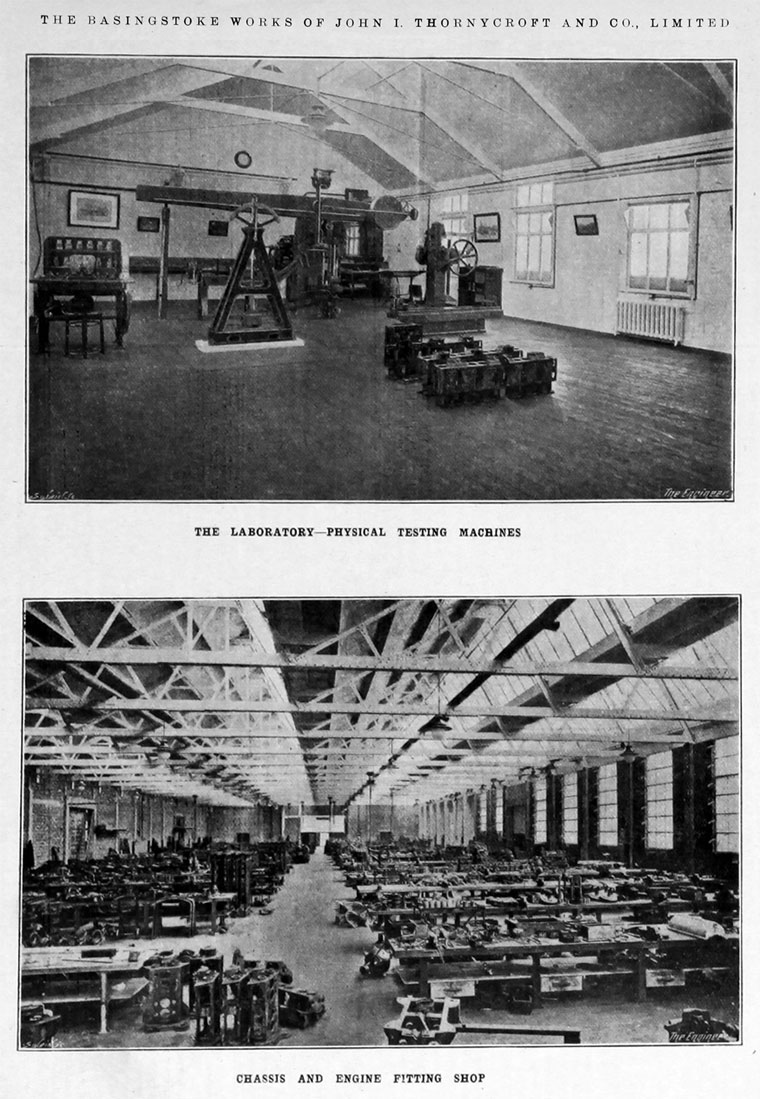 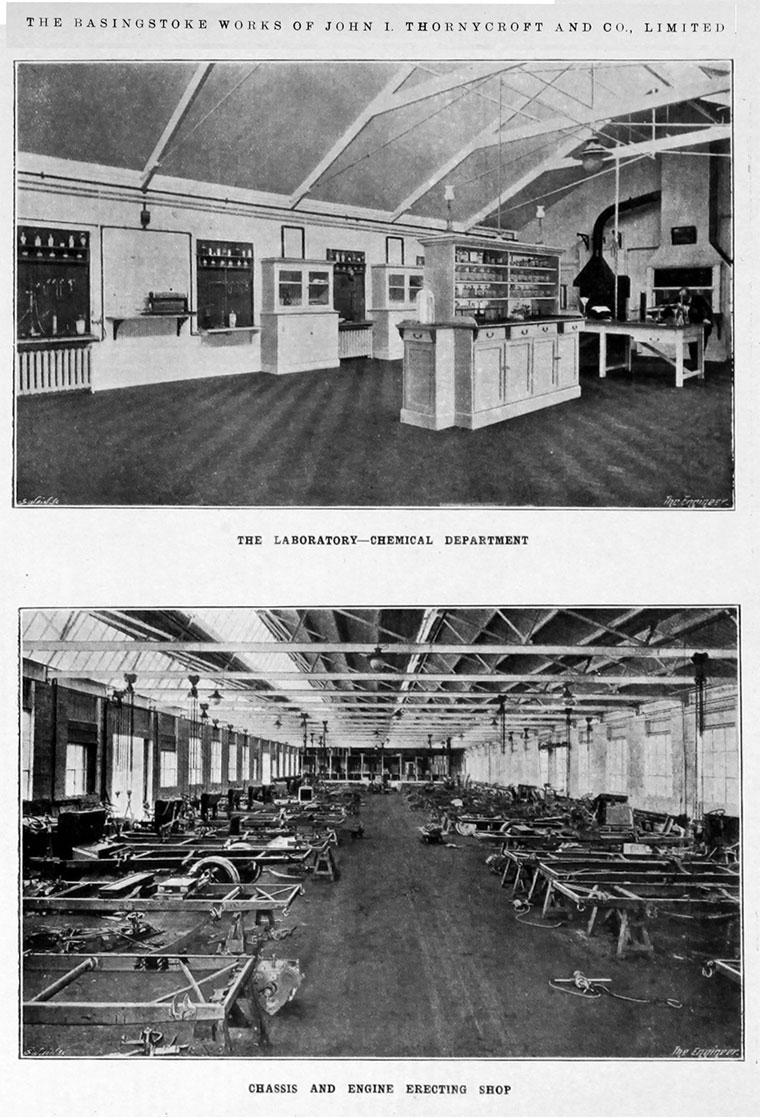 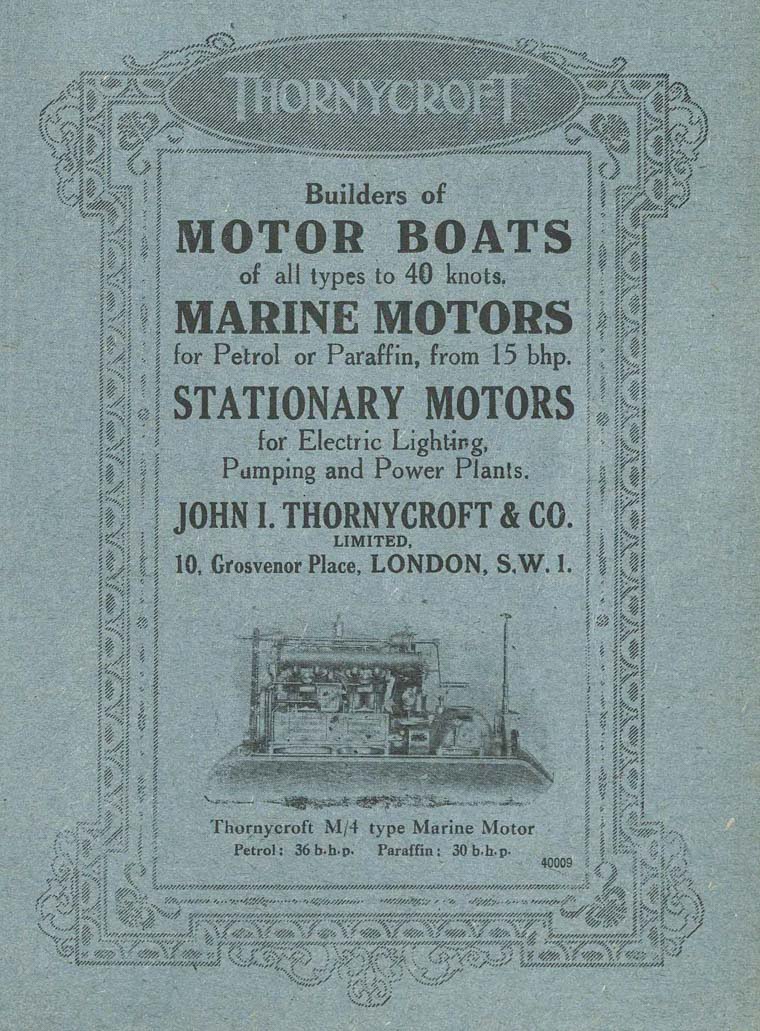 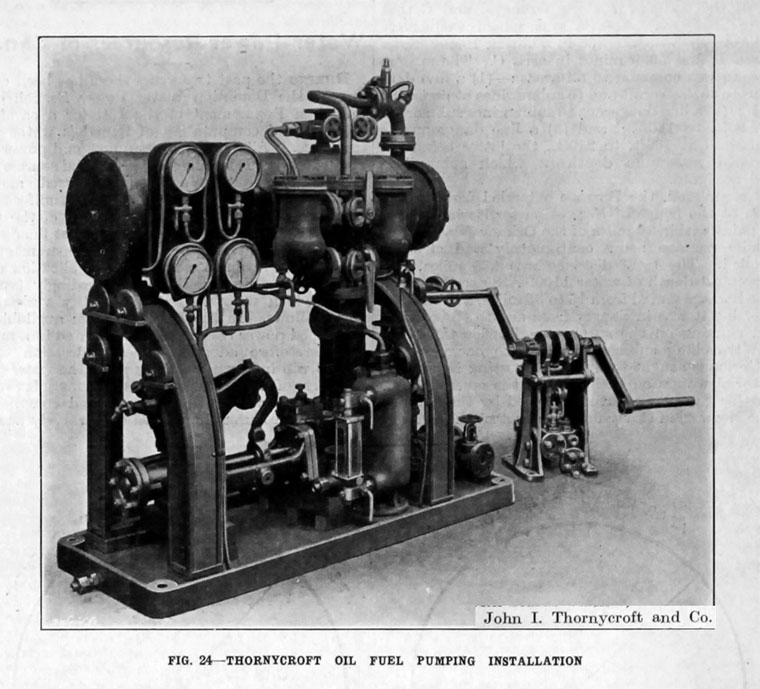 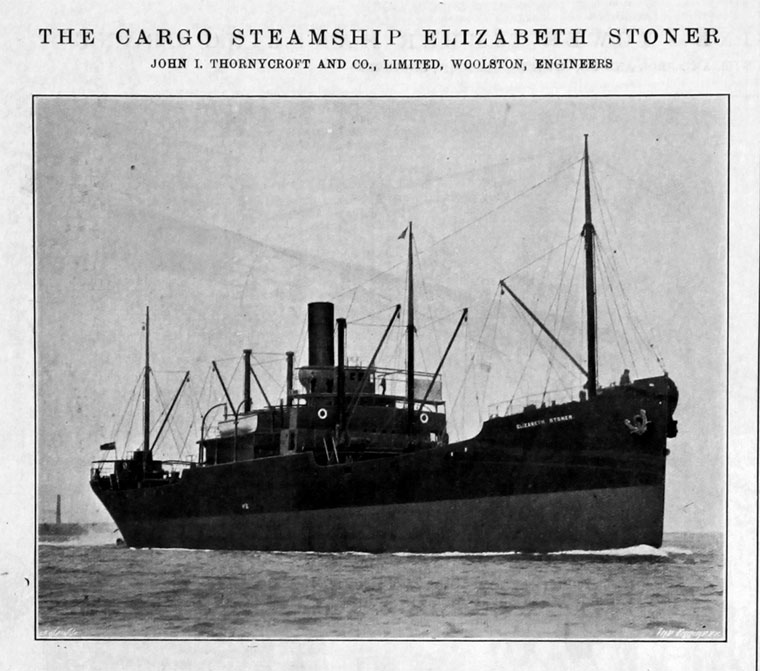 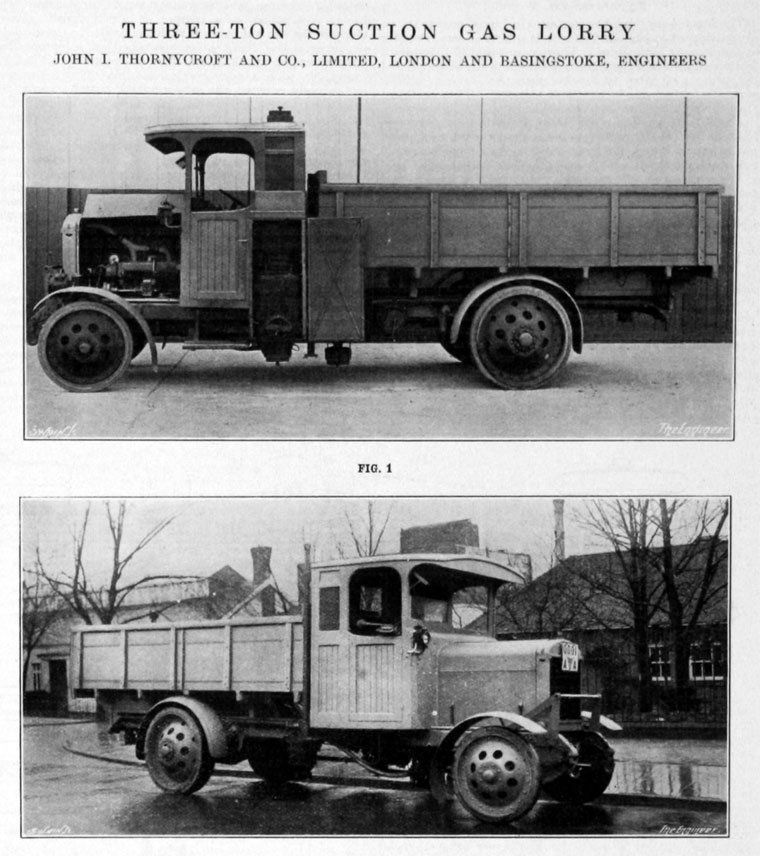 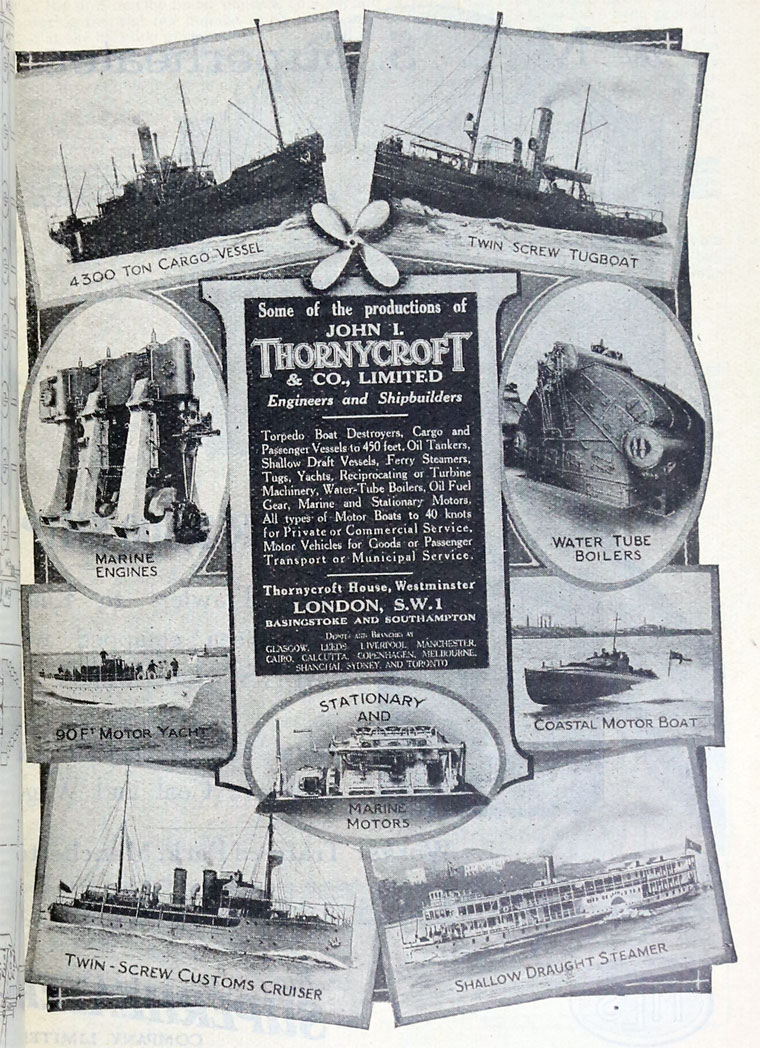 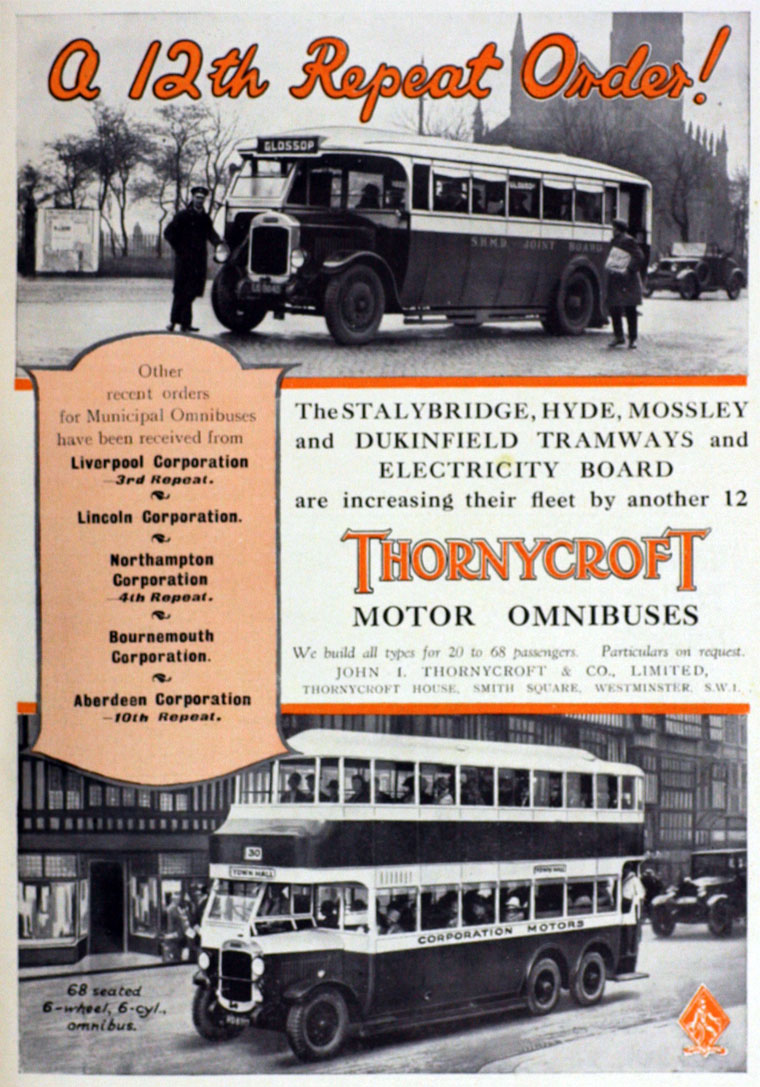 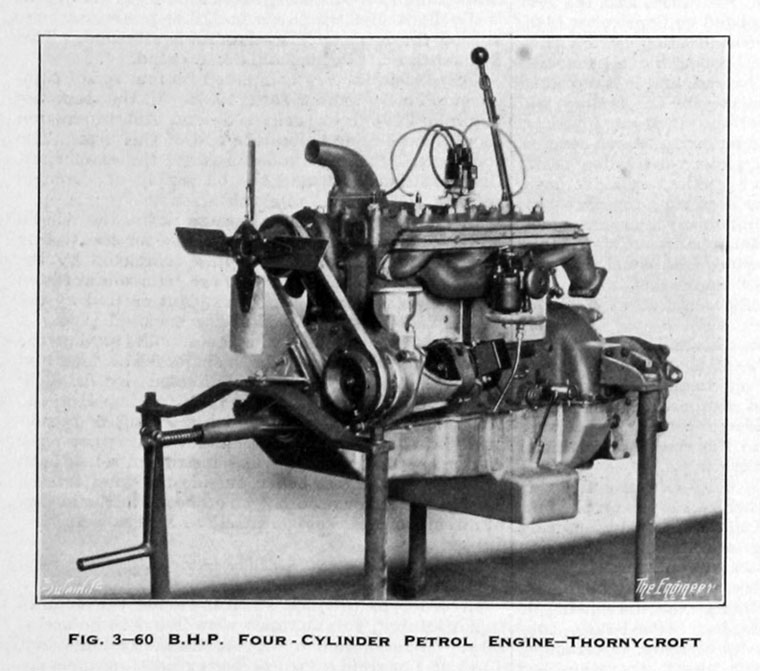 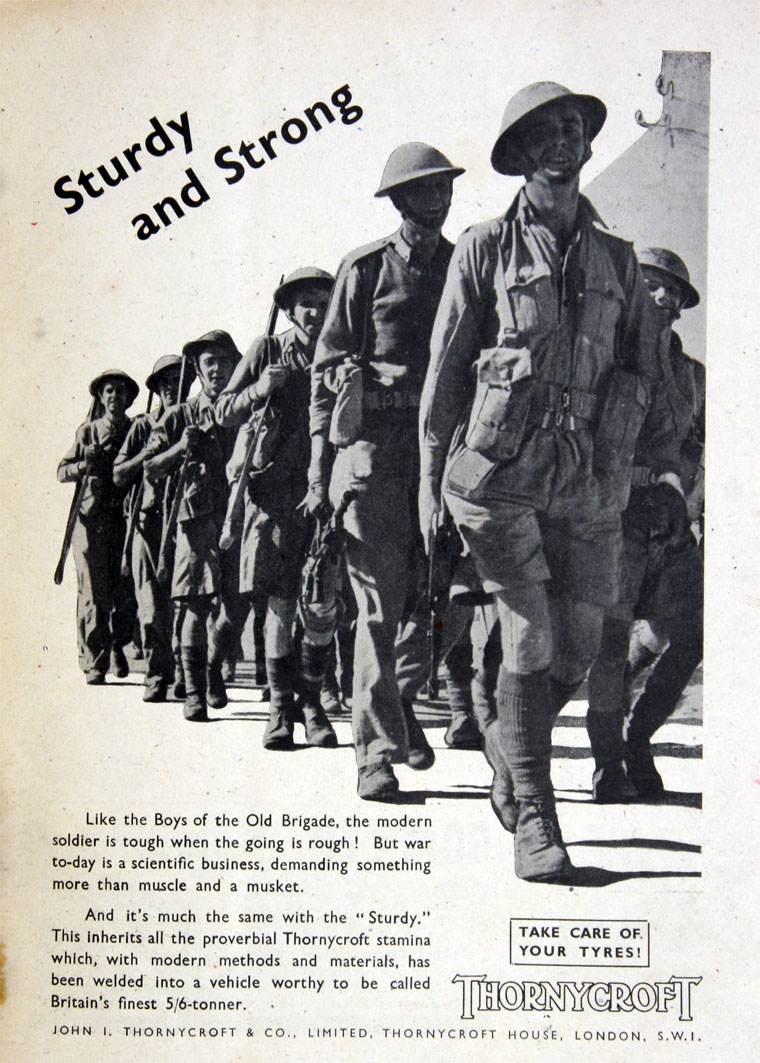 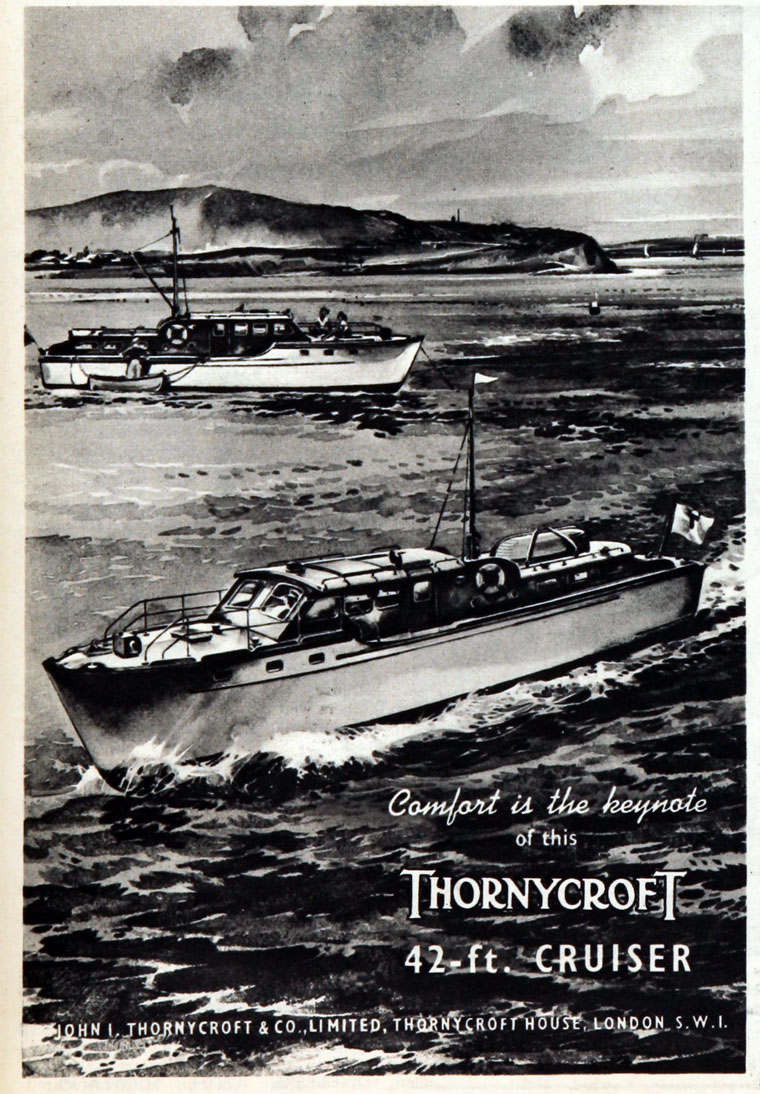 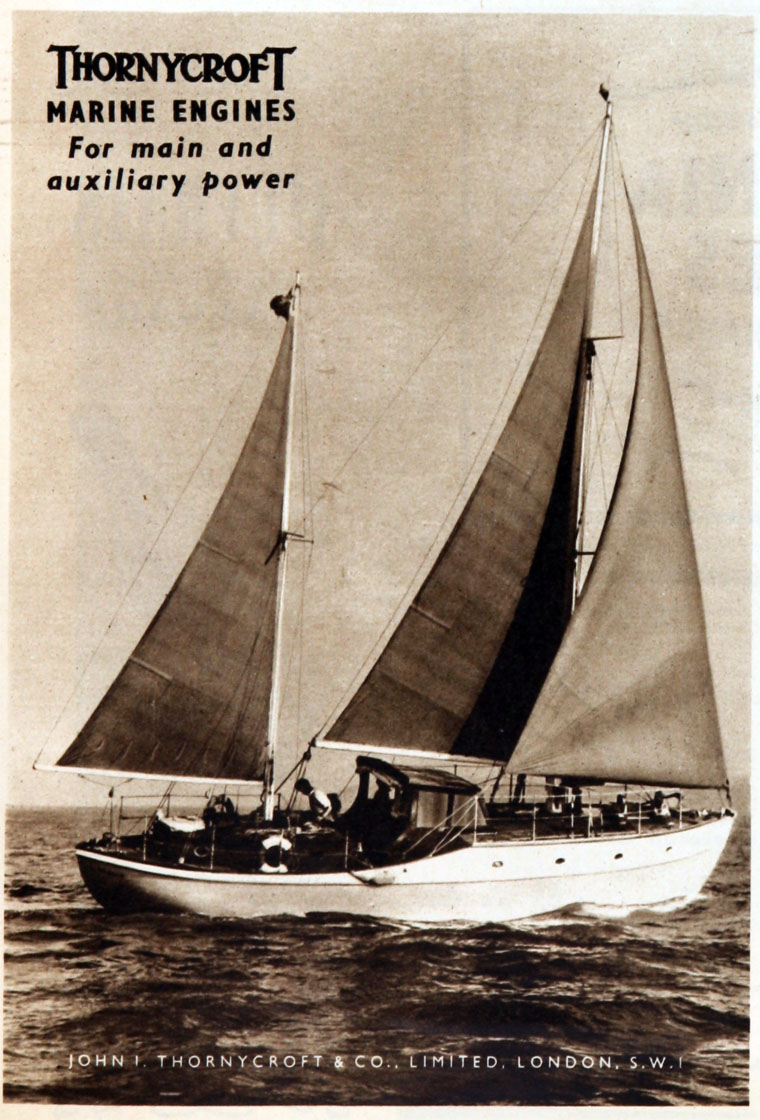 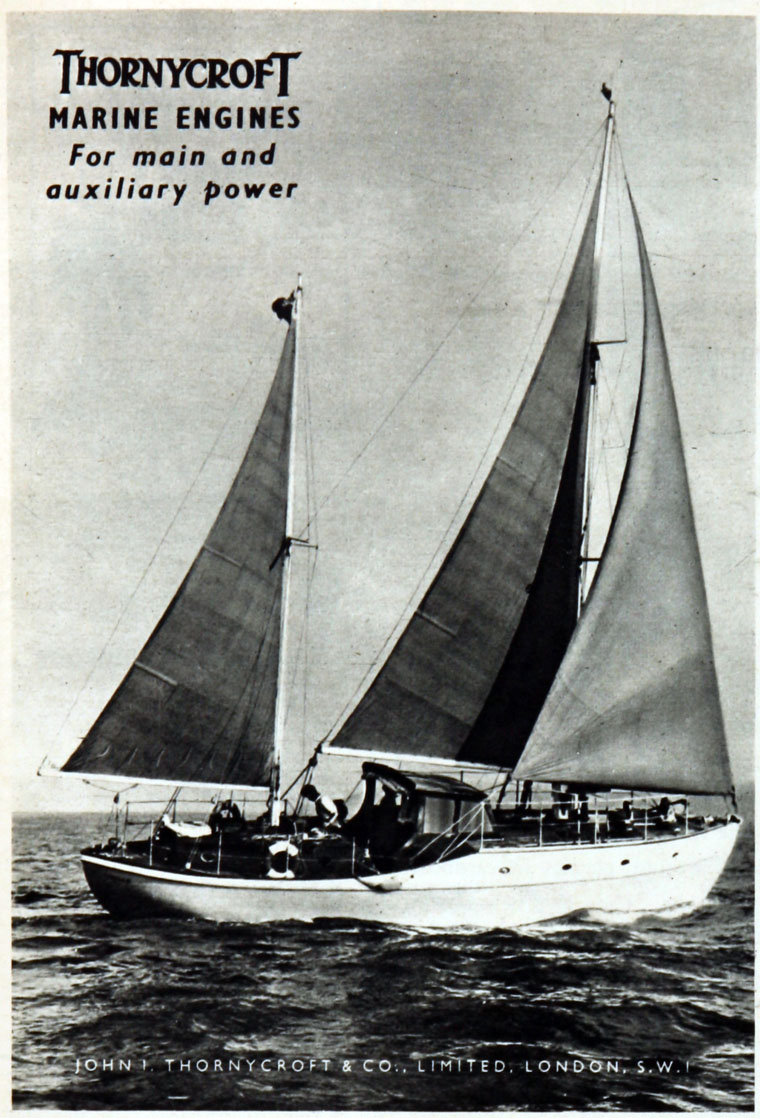 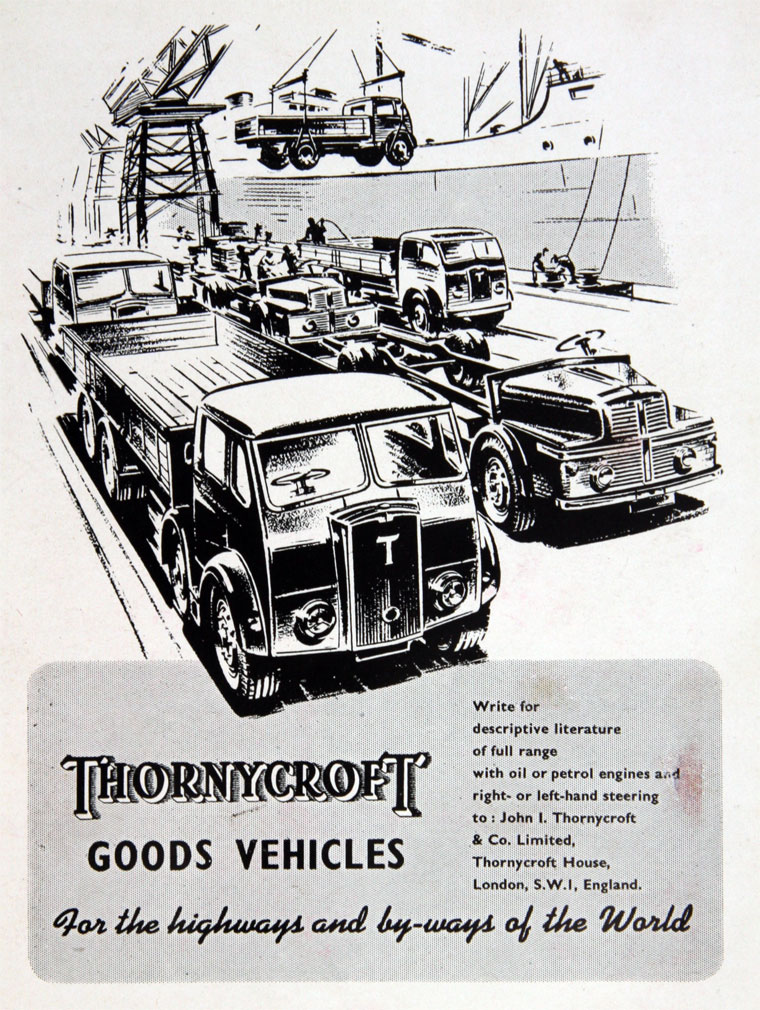 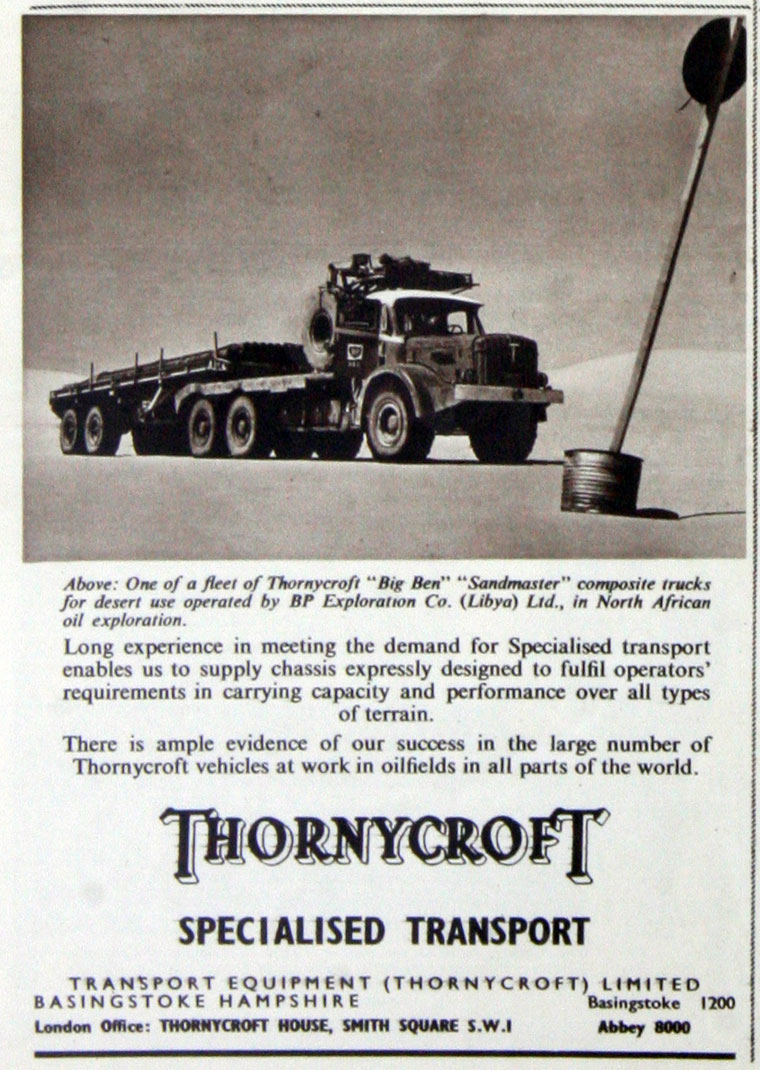 1866 John I. Thornycroft and Co founded.

1896 John Isaac Thornycroft built his first steam lorry. The company was a manufacturer of commercial vehicles at Basingstoke from 1896 to 1960 - see Thornycroft: Commercial Vehicles

By late 1899 William Beardmore had joined a syndicate that bought the torpedo boat builders J. I. Thornycroft and Co of Chiswick; Beardmore was subsequently appointed chairman.

1901 Public company. The company was registered on 22 May, to acquire the business of builders of torpedo boats, of the firm of the same name.

1901 Became a public company John I. Thornycroft and Co. Ltd, to bring in extra capital. The funds were chiefly provided by William Beardmore who hoped to make the shipbuilding firm a tied customer for his iron and steel and to expand the infant Scottish motor industry but these hopes were not fulfilled.

By 1904 Beardmore had lost interest in Thornycroft's company and from then on the firm was largely run by Thornycroft's eldest son, John Edward, who oversaw the removal of the shipyard from Chiswick to Woolston in Southampton, a move made necessary by the increasing size of torpedo boats and destroyers.

1904 The business was extended by the acquisition of Mordey Carney (Southampton) and the Thornycroft Steam Wagon Co. [1]

1905 'LARGE PLANING MACHINE. Messrs. George Richards and Co., Limited, Broadheath, are at present engaged in constructing a large double planing machine for dealing with turbine frames, to the order of Messrs. J. I. Thornycroft and Co. (Limited). The machine is made specially for use in planing the large plates necessary for turbine construction, but is suitable for work a general character also. It will plane work up to 25ft. long. lOft. wide (across the surface of the work), and 8ft. deep. It consists of two parallel beds on ten legs supported by a solid base plate. There is a cross-arm from bed to bed fitted with two tool rams, having an automatic down feed of 30 inches. The cross head is driven by two large screws, has a quick return of 65ft. per minute, and three cutting speeds of 20ft., 27ft., and 35ft. per minute. The machine is 31ft. 6in. long and weighs 50 tons, the base bed being four sections of 7ft. and one of 3ft. 6in.'[2]

1907 Beardmore resigned as chairman of J. I. Thornycroft and Co.

Post-WWI: Awarded £4000 by the Royal Commission on Awards to Inventors for the depth charges and bomb throwers[7]

1926 Received an order for twenty-three of their 'A1' type six-wheeled vehicles and a 'Hathi' tractor for use in the Sudan. Eighteen of the vehicles are to be fitted with platform bodies and to have two-wheeled trailer attachments to carry 20-cwt loads. The 'Hathi' tractor is to be capable of crossing gullies with vertical banks 3ft. in height, of exerting a steady draw-bar pull of 9000lb. of hauling a 10-ton trailer load up a gradient of 1 in 10 at 7 miles per hour, and of travelling through soft sand.[8]

1926 Thornycroft Donaldson director of Thornycroft, who has been for a number of years in charge of the engineering side of the firm's Southampton works, has now been appointed general manager.[9]

1961 Works at Woolston Works, Southampton. Parent of eight subsidiaries. Employ 7,000 persons. The yard focused on making passenger/car ferries during the 60s along with tugs, motor launches and ferries. The Woolston yard then entered a period of modernisation with new equipment and buildings being built.

1966 the company was taken over by Vosper and Co. The combined warship building facilities were renamed Vosper Thornycroft in 1970.

1972 the new company purchased the Southampton repair yard of Harland and Wolff and continued making destroyers.

1977 The Woolston yard was nationalised in July 1977 and started making glass-reinforced plastic mine-hunters of the "Brecon" class.

1980s The yard continued winning orders for mine-hunters (for Saudi Arabia) and fast strike craft for Oman. The Vosper-Thornycroft yards returned to private ownership in 1986.

1990s The Omani Government made a further order for two corvettes armed with Exocet missiles. The yard continues to supply military hardware today under the VT Group name.