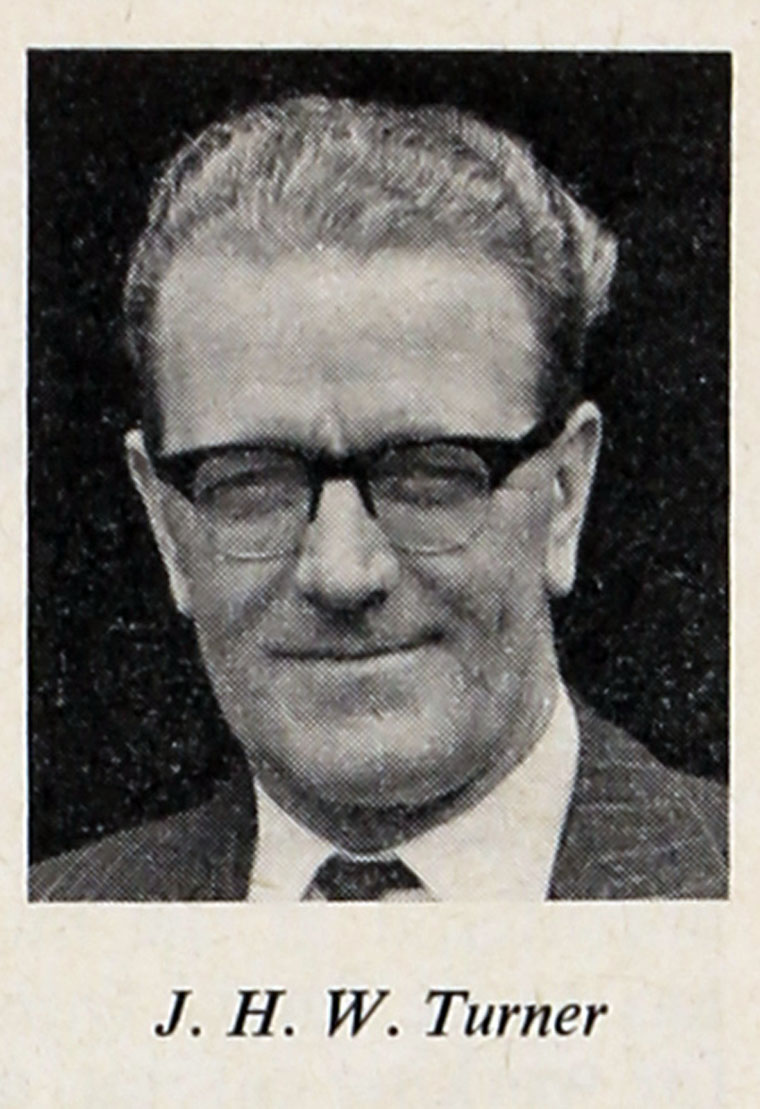 1966 Became the new President of the Engineers' Guild. Mr Turner who was a director of Richard Costain (Projects) Ltd. was Honorary Editor of the Guild's Journal, 1946-56, a Council member, 1948-1961, and was elected an Honorary Member of the Guild in March 1962 for his outstanding services to the Guild. Mr Turner has also served on the Council of the Institution of Civil Engineers and on the Board of Governors of Westminster Technical College. He was author of the book "Construction Management for Civil Engineers."[1]