(Redirected from J. H. A. Macdonald)
Jump to: navigation, search 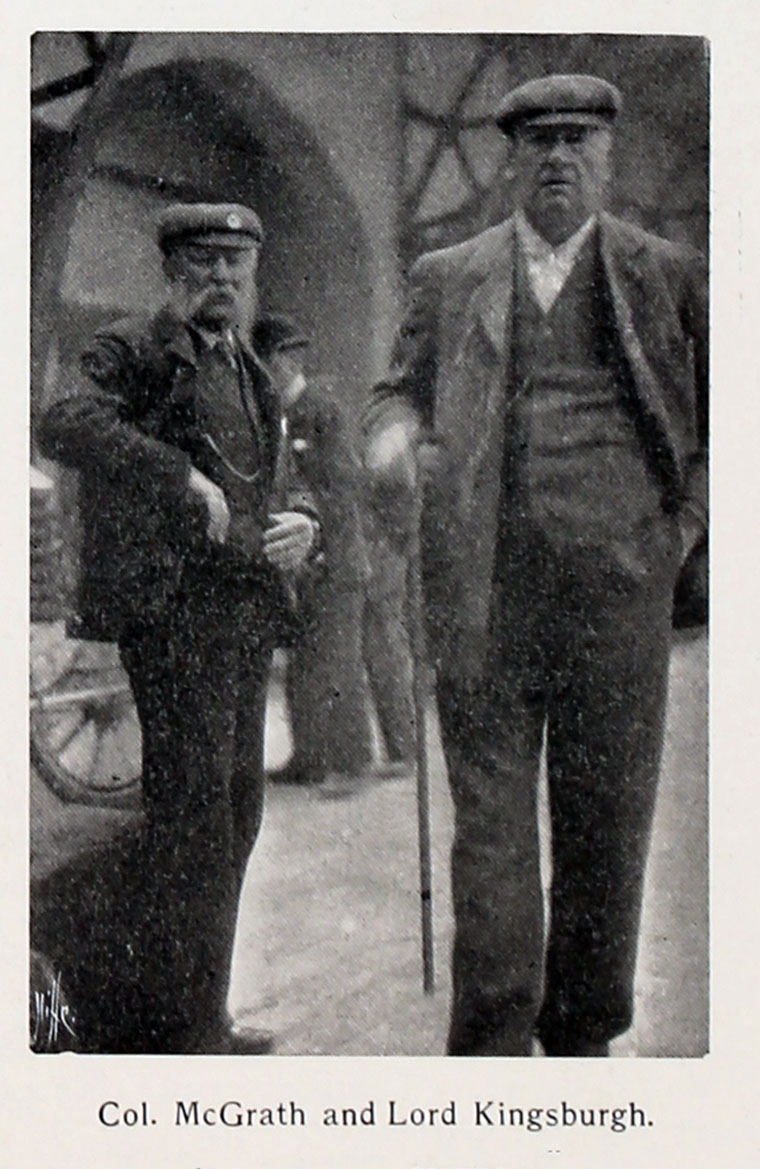 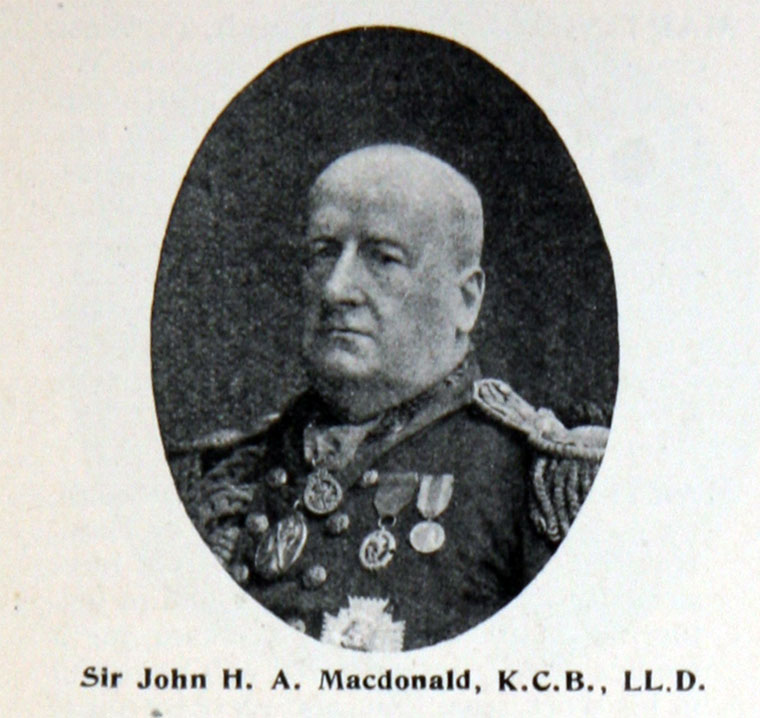 On 30 July 1875 he was appointed by Queen Victoria to be Sheriff of the Shires of Ross, Cromarty, and Sutherland.

He was appointed Solicitor General for Scotland from 1876 to 1880.

On 5 June 1901 he was appointed Honorary Colonel of The Queen's Rifle Volunteer Brigade, the Royal Scots (Lothian Regiment).

He gave up his Parliamentary seat and was appointed Lord Justice Clerk in 1888, taking the title Lord Kingsburgh, and presided over the Second Division of the Court of Session until 1915.

1904 MACDONALD, The Right hon. Sir John, H. A., K.C.B., Abercromby Place, Edinburgh. Car: Delahaye. Hobbies: Golf, tennis, electricity, driving. Is the foremost motorist in Scotland, and one of the Land o' Cakes' most prominent citizens. Is Lord Justice Clerk of Scotland, and the popular President of the Scottish Automobile Club. Is an expert on military drill and tactics, and a prominent lecturer on scientific subjects. Was chairman of the judges in the Glasgow Exhibition trials. Is a great believer in the utility of the motor-car in warfare, and was the first commanding officer to use traction-engines in the army. As Brigadier-General, commanding the 4th Brigade, and in charge of its great camp at Lochcote of 12,000 strong, he very early used a motor-car to bring the mails from Linlithgow, the first time a petrol motor-car was used for H.M. service. Through his exertions postcards were first introduced into Great Britain. Was the first judge to go on circuit in a motor-car. Clubs: Constitutional, Royal Societies', New (Edinburgh), Royal and Ancient Golf of St. Andrew's, A.C.G.B. & I. (Founder Member).

He was promoted from Ensign to Lieutenant in the Royal Company of Archers on 18 June 1915.

He was an enthusiastic car owner and was a founding member of the Automobile Club of Great Britain and Ireland and was the first president of the Scottish Automobile Club. He also registered Edinburgh's first ever number plate.

The RT. HON. SIR JOHN HAY ATHOLE MACDONALD, P.C, K.C., G.C.B., LL.D., F.R.S., was born in 1836 and received his education at the Edinburgh Academy and at the Universities of Edinburgh and Basle.

In 1859 he was enrolled as an Advocate and during his early years of practice at the Bar published a useful work on Criminal Law and Procedure. Always strongly conservative in politics his opportunity came with Disraeli's return to power in 1874, and he subsequently filled the important offices of Solicitor-General and Lord Advocate (1885).

In 1887 he carried the Act for the Amendment of Criminal Procedure in Scotland, an important measure on which his fame as a Lord Advocate chiefly rests.

In 1888 he succeeded Lord Moncrieff as one of the Lords of Session, and his political career automatically came to an end. As Lord Justice Clerk he assumed the title of Lord Kingsburgh, by which name he was known till 1915, when on retirement from his judicial duties he became familiarly known again as Sir John Macdonald.

He was a man of many interests, two of which call for special notice. He was keenly interested in all that pertains to the art of war, being himself not merely an enthusiastic volunteer but one who by his suggestions and writings had an important influence on the methods of training in the regular Army. For many years he captained the Scottish Twenty Team in the National Challenge Trophy Competition, and was also Captain of the British Rifle Team which took part in an international match at the Philadelphia Centenary Exhibition. He filled the highest offices in the Volunteer Service, received the Volunteer Decoration in 1892, and on the occasion of Queen Victoria's Diamond Jubilee was awarded Commemoration Medals as Adjutant-General of the Royal Company of Archers and as Brigadier-General in command of the troops on duty at the Royal Procession.

He was the author of numerous books on drill and infantry tactics. He was also greatly interested in applied science, especially in the development of motor traction and in all things connected with the use of electrical power, and he was one of the first persons in this country to possess and to drive his own motor-car.

He was President of the Scottish Automobile Club; and so convinced was he of the growing importance of the motor vehicle that he very early argued for the disuse of all tramway systems, whether cable or electrical, and for the substitution in their place of the motor omnibus. He was also one of the Vice-Presidents of the Royal Society of Edinburgh.

Sir John was a delightful companion full of human interest, with. a fine humour and large repertoire of racy stories. Many of these will be found in his "Life Jottings of an Old Edinburgh Citizen " (1915), a charming example of the best type of light literature. Under the pseudonym of "Jean Jambon" (John H.A.M.) he published in the late seventies "Our Trip to Blunderland " - a book written for the amusement of his own boys and frankly modelled on the classics of Lewis Carroll. The Scottish Bench is rich in its memory of great lawyers who well know the Horatian maxim. Dulce est desipere in loco. Sir John may not be ranked with the greatest of these; but few could show greater versatility in the multiplicity of interests and in the faculty for pure enjoyment of life. He retained his faculties in full activity to the end of his long life, having visited London on Committee work only the week before his last brief illness.

He died in Edinburgh on the 9th May, 1919, on the very day on which the freedom of his native city was to have been conferred upon him.