Grace's Guide is the leading source of historical information on industry and manufacturing in Britain. This web publication contains 137,256 pages of information and 220,095 images on early companies, their products and the people who designed and built them.

Sheffield Minor motorcycle. Exhibit at the National Motorcycle Museum. The similarity in appearance to the New Imperial suggests a connection 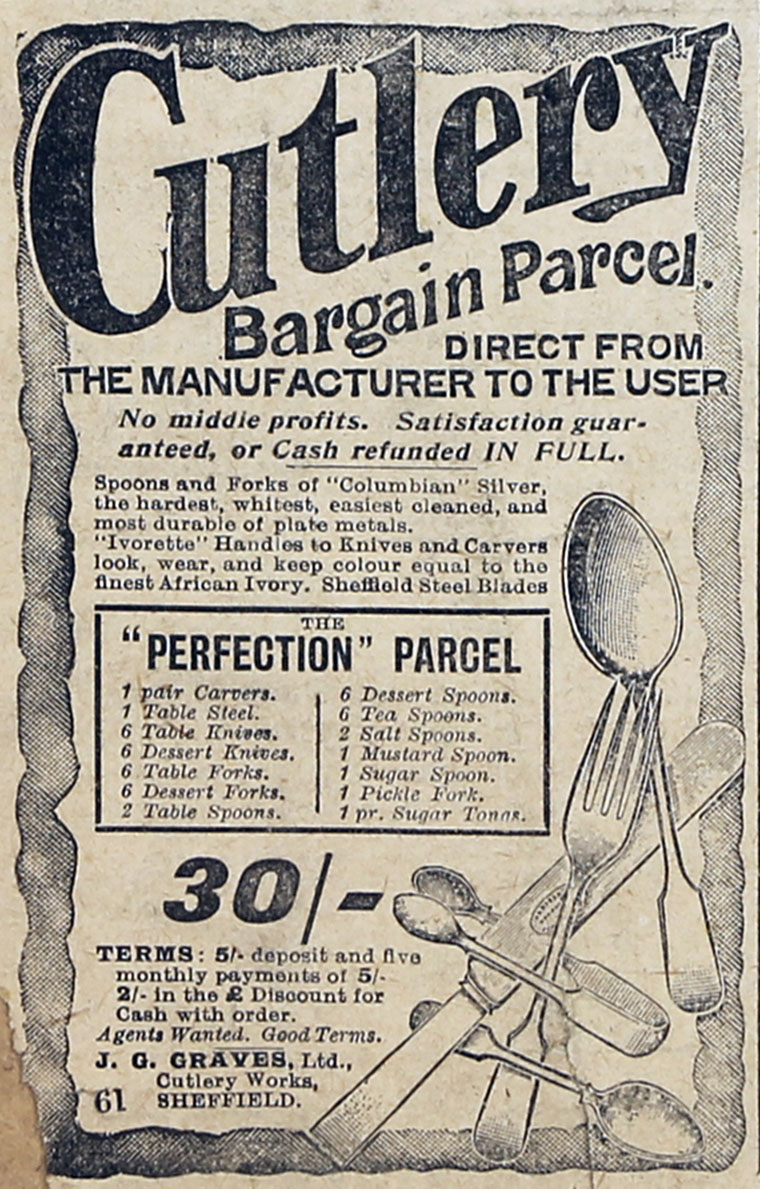 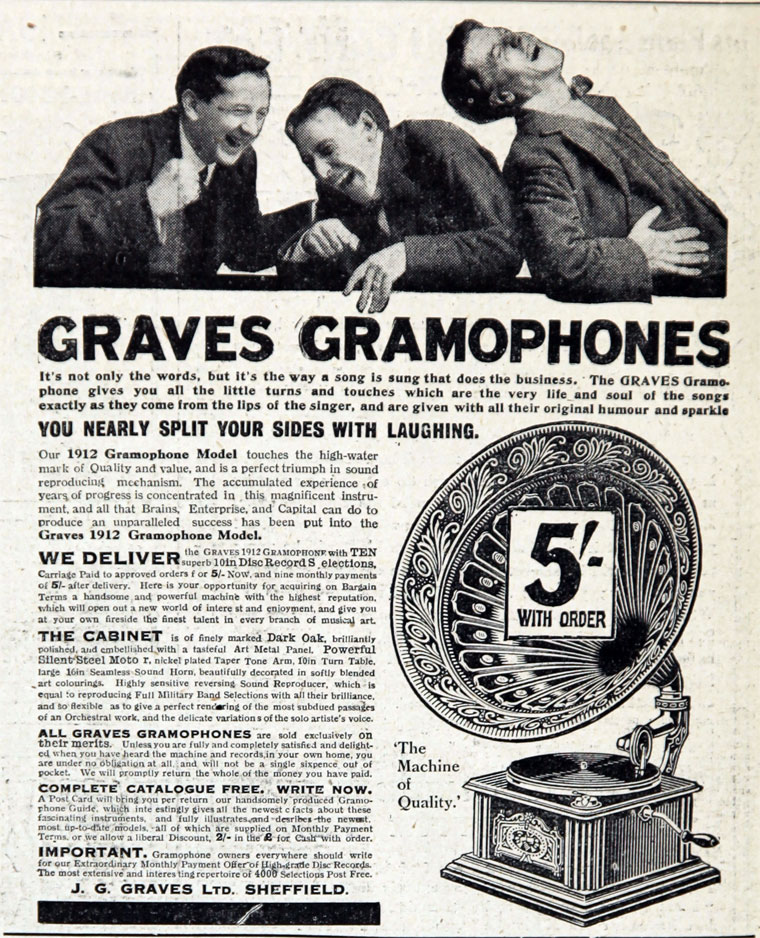 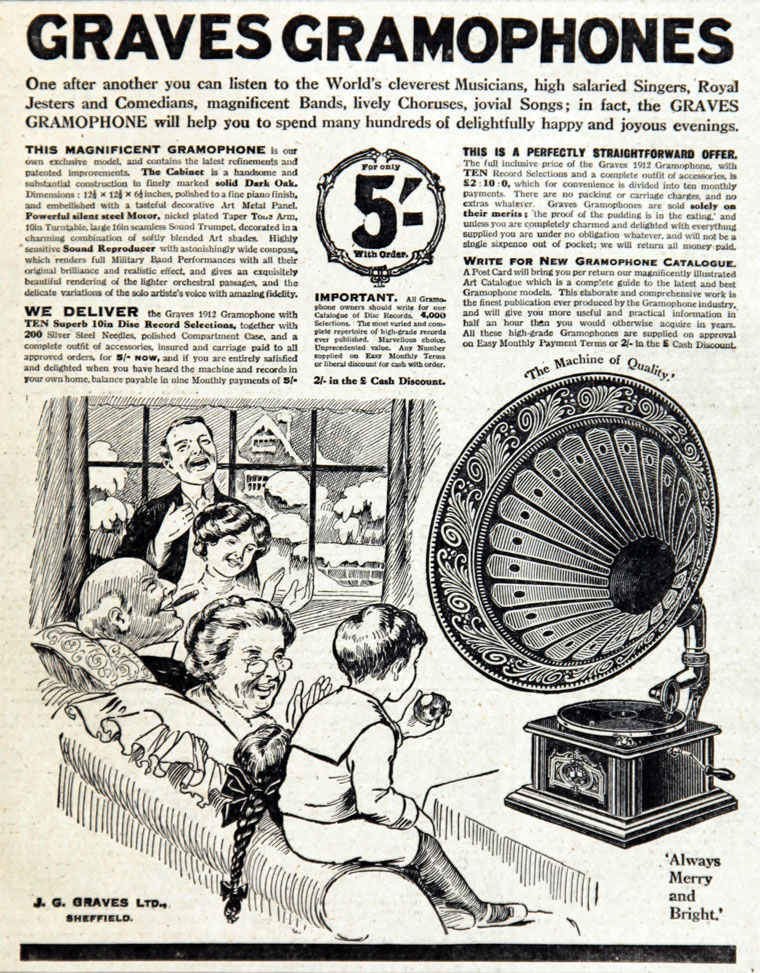 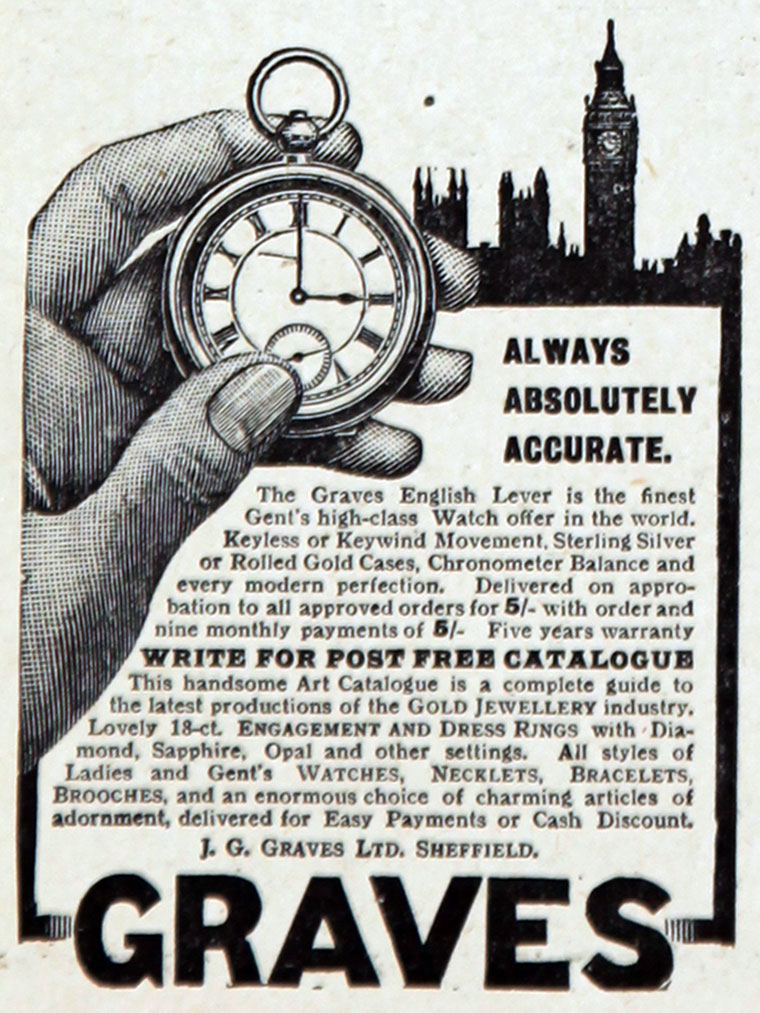 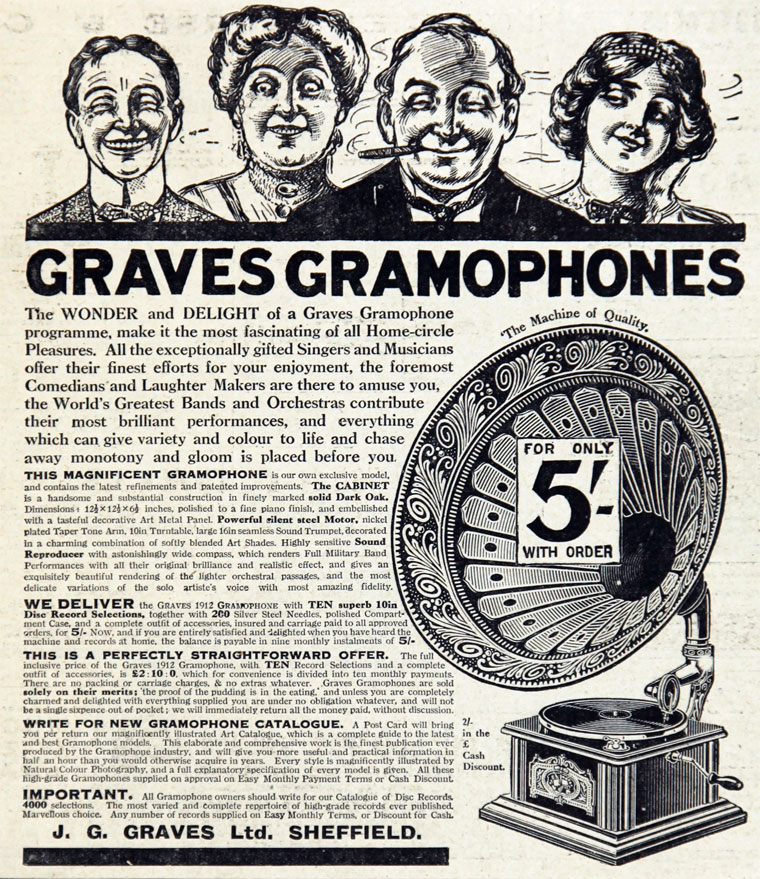 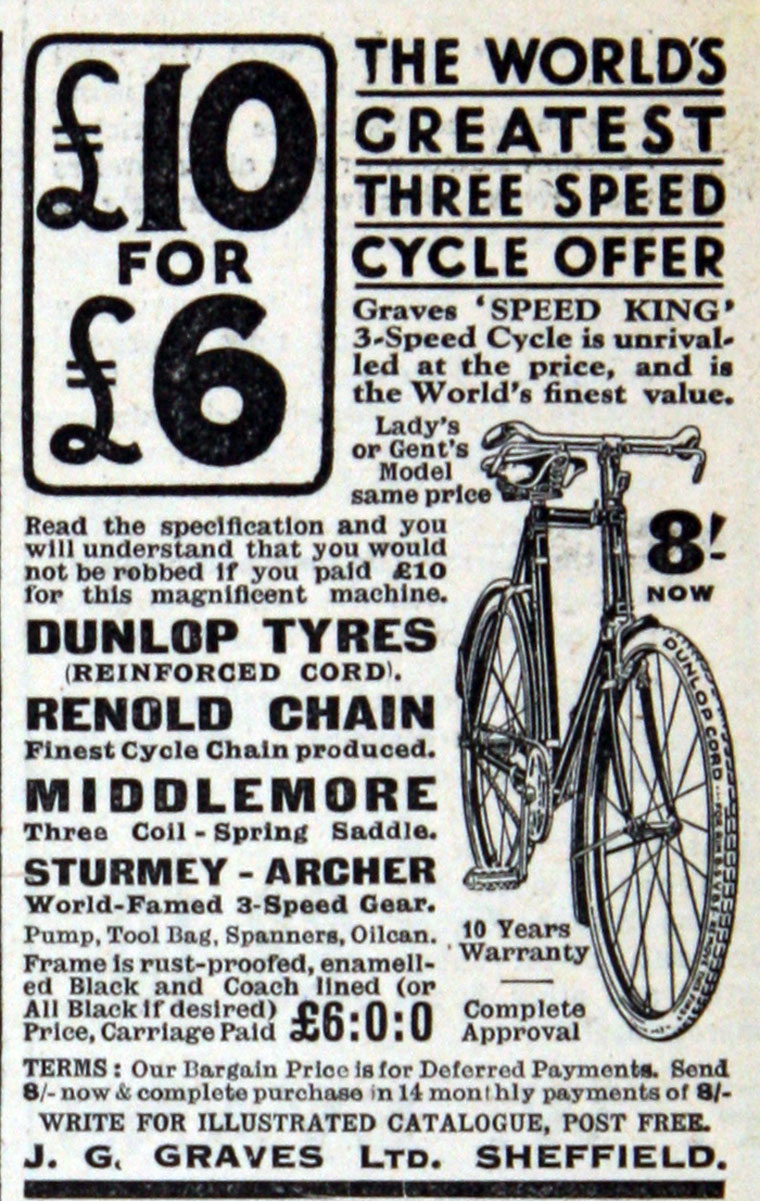 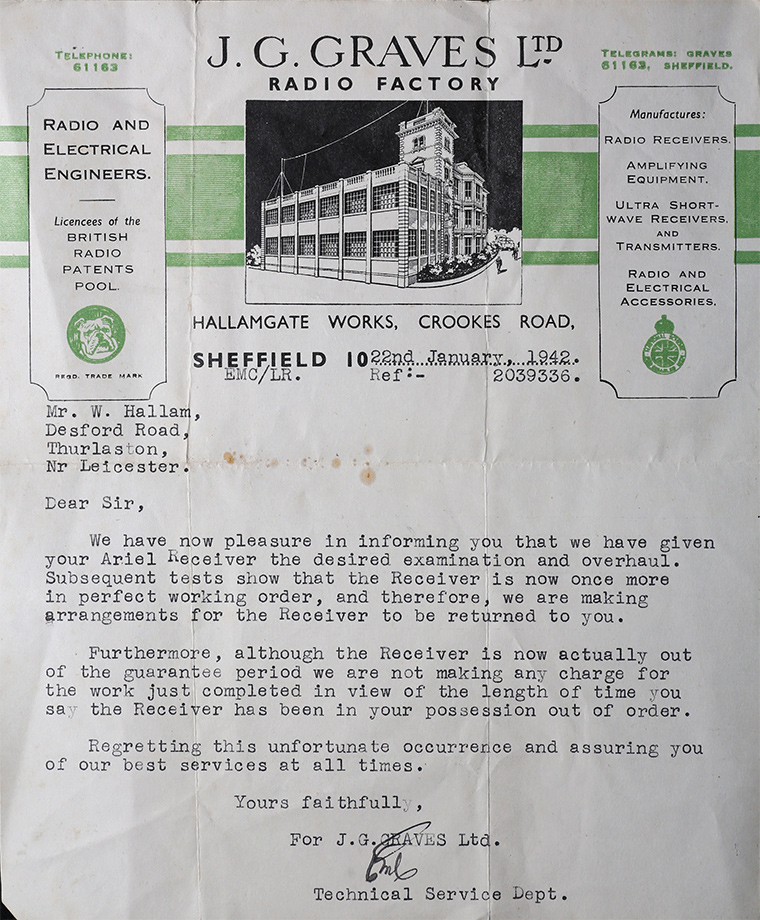 1906 The company was registered on 9 May, to acquire the business of J. G. Graves, manufacturer of cutlery and electro-plate. [2]

1906 Advertised under "Birmingham and Sheffield Warehouses" in Northampton[4]

1911 Advertised in Sheffield as "electroplate and silverware manufacturers". Listed under General merchants and manufacturers, Watch and clock makers, Jewellers of Durham Road, and electro-platers of Margaret Street[5]

1912 Offered the Graves motorcycle, made for the company by New Imperial Motors

1929 All the shares in the business are held by John George Graves and Alfred Edward Graves.[7]

1932 Incorporated as a public company; the business supplied goods by mail order, from its own factories and warehouses in Sheffield and from the manufacturers with which it had contracts; some of its shares were offered for sale; directors included John George Graves and Alfred Edward Graves, Arthur Wilson and Arthur Callum[8]

1939 Application for recognition of charges under the Road and Rail Traffic Act, in relation to furniture, general stores, wares, etc[9]