Grace's Guide is the leading source of historical information on industry and manufacturing in Britain. This web publication contains 143,018 pages of information and 229,346 images on early companies, their products and the people who designed and built them. 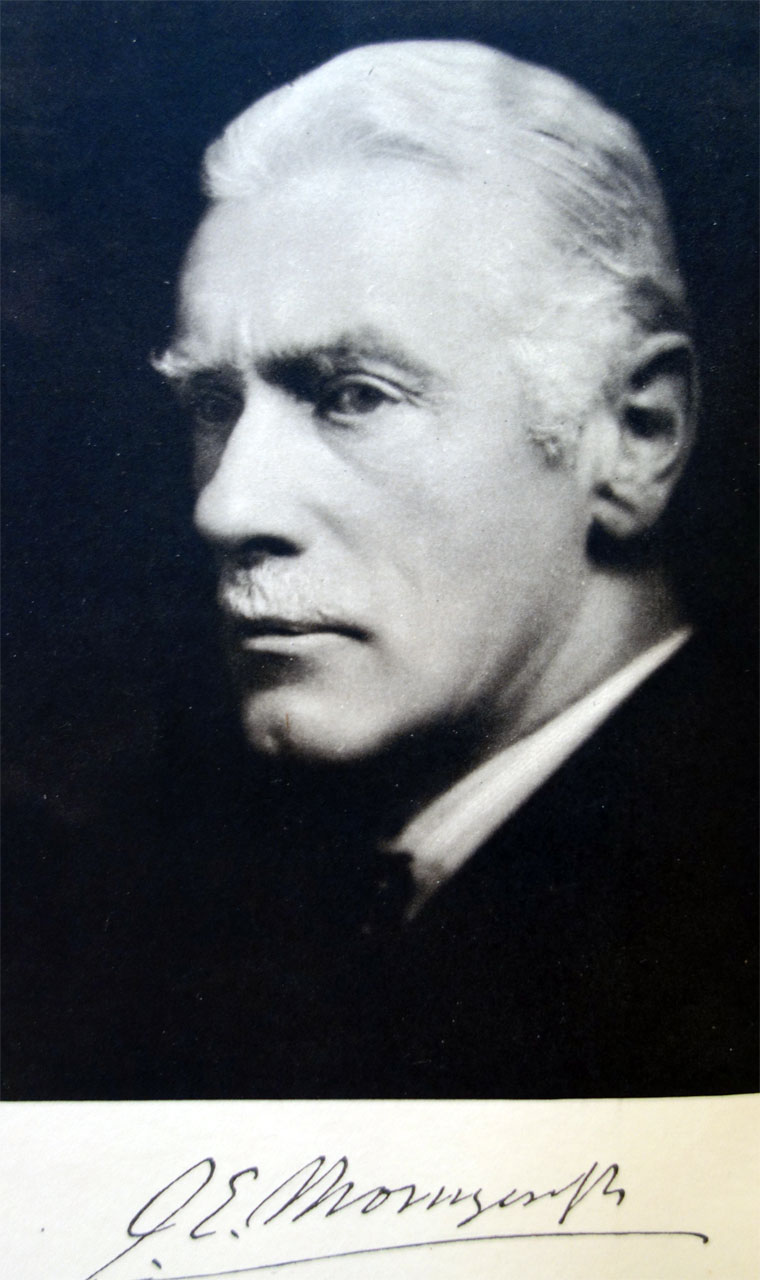 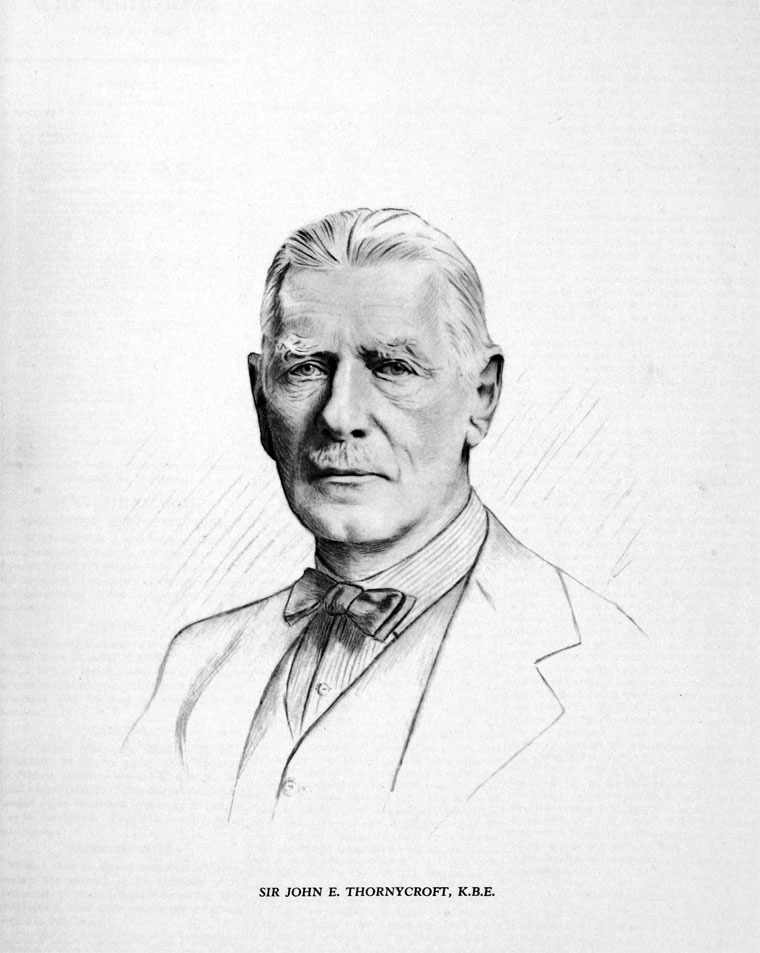 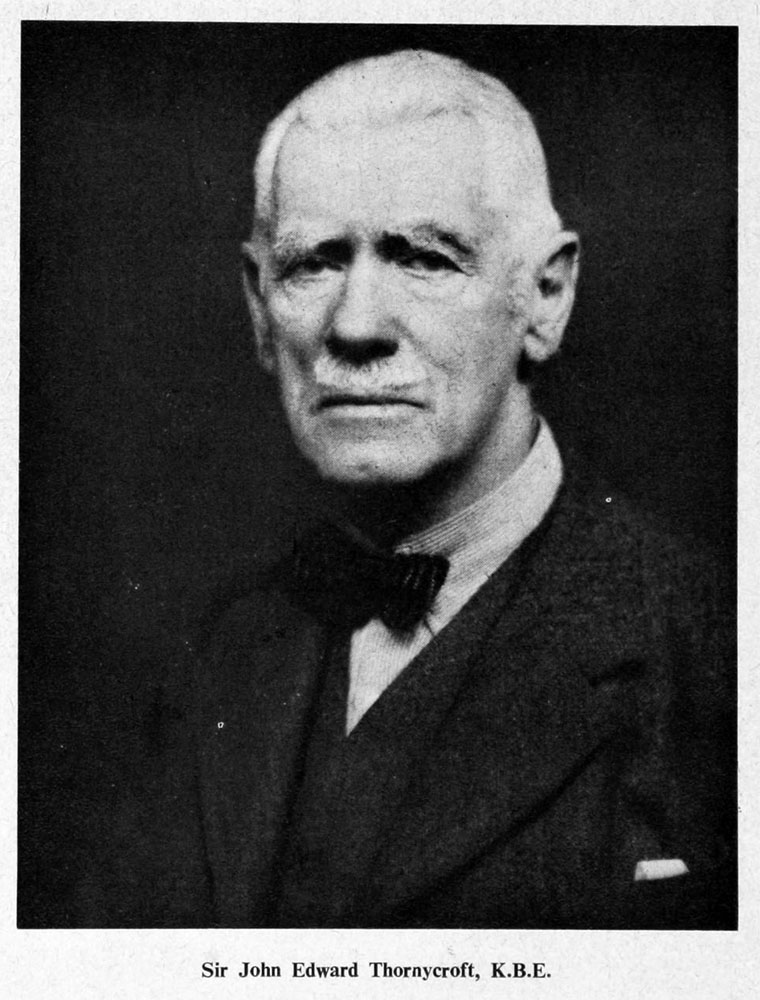 1872 Born in Chiswick. He was the eldest son of Sir John I Thornycroft, the founder of the Thornycroft Shipyard at Chiswick.

Educated at St Paul’s School and gained his engineering training at the Central Technical College.

On completing his technical training he joined his father’s shipyard working on construction. He achieved the position of managing director in 1901.

The main interest of the family business after 1901 was the development of the torpedo boat destroyer. Thornycroft’s design and construction work during the First World War led to a knighthood which was conferred in 1918.

Aside from ship design, the business also developed road vehicles, including the steam wagon and oil engine tractor.

SHIPBUILDERS and marine engineers both in this country and abroad will have learned with great regret of the death of Sir John Edward Thornycroft, which occurred at his home at Steyne, Bembridge, Isle of Wight, on Monday, November 21.

Sir John, who was born at Chiswick on September 5, 1872, was in his eighty-ninth year, and was the elder son of Sir John I. Thornycroft, who founded a shipyard at Church Wharf, Chiswick, in 1864.

He obtained his early education at St. Paul's School between 1885 and 1889 and then completed a three years' engineering course at the City and Guilds Technical College before gaining practical experience while serving as a mechanic in all the engineering departments and also in the shipyard. With this background of theoretical and practical training he took a more active role in the operation of the yard, being appointed assistant manager in 1895, and during the next few years was concerned with the supervision of the construction and trials of many torpedo-boats and other high-speed craft upon the building of which the Chiswick yard was largely engaged.

Coincident with the conversion of the Thornycroft family business into a public company John Edward became the managing director. Under him the firm continued to be associated with the building and development of torpedo-boat destroyers, a development which can be exemplified by linking the 28-knot "Daring" of 1894 with the "Daring" class destroyer H.M.S. "Duchess," of 2800 tons standard displacement, built at Southampton in 1952.

At Chiswick, interests were not concerned only with shipbuilding and marine engineering but were also directed to road transport problems. Experimental work in this field resulted in the production of the Thornycroft steam wagon and an oil-engine tractor from which evolved the present road transport business now located at the Basingstoke works. The steady increase in the size of destroyers and the building limits imposed by the Chtswtck site put a term upon the ability of the yard to construct such craft, and in 1904 a start was made with the transference of the firm's shipbuilding activities to Woolston, Southampton. Here the firm, under its managing director, continued to play a leading role in the evolution of the torpedo-boat destroyer, and during the first world war was closely concerned with the design and building of the first coastal motor torpedo boats and of many other items, including depth-charge throwers. It was in recognition of Thornycroft's services during the war that he was awarded the K.B.E. in 1918.

During the inter-war years Sir John remained in control of both the shipbuilding, marine engineering and road transport activities of the company and continued to do so throughout the critical period from 1939 to 1945. At this time his wide experience was of considerable value and, despite his advanced years, he remained receptive of new ideas and retained his powers of application and decision. Nevertheless Sir John found it necessary to delegate some of his duties and in 1943 his elder son, John W. Thornycroft, was appointed as one of three joint managing directors, and in 1958 he became deputy chairman.

In July of this year Sir John, who had been chairman and governing director s1nce 1943, resigned these appointments and was made President of the company, while some two months later his son assumed the duties of chairman and managing director.

John Edward Thornycroft, who died on the 21st November at his home at Steyne, Bembridge, Isle of Wight, was born in 1872, the elder son of Sir John I. Thornycroft, LL.D., F.R.S., the founder of the Thornycroft Shipyard at Church Wharf, Chiswick. He was educated at St Paul's School and the Central Technical College, where he took the engineering course. On completing the latter, he joined his father's firm and served in all departments of engineering and ship construction, amassing a wealth of actual working experience, and a knowledge of the thoughts, actions and ideals of the workers which was to serve him so well in the years of stress to come.

From 1895 onwards he took an active part, at his father's side, in the management of the Chiswick Yard, which was then engaged in the construction of steam torpedo boats and other high-speed craft. In 1901 it was decided to convert the Thorneycroft family business into a public company and he became Managing Director.

He took a leading role in the building of the then new type of craft, the Torpedo Boat Destroyer, being concerned in the design and construction of Albatross the first of the 31-knot ships of the class for the Admiralty. It is noteworthy that he had assisted in the development of the destroyer from the little 28-knot Daring of 1894 to the latest Daring class H.M.S. Duchess built at Southampton in 1952.

The Company's interests, however, were not confined to ships. A good deal of experimental work on road transport had been carried out at the Works and this led to the production of all types of road transport.

By 1904 it had become evident that the increasing size of destroyers would preclude continued construction at Chiswick and during the ensuing four years the Yard was transferred to Woolston, Southampton.

The 1914-18 war provided a wider field for the technical activities of Thornycroft and his firm. He was intimately concerned in the design and production of the first Coastal Motor Torpedo Boats, Depth Charge Throwers and many other devices for the war at sea. Specialized vehicles for military purposes were also within his scope. In 1918 his war services were recognized by the award of K.B.E.

In the following years, Sir John was in control of his firm's activities both in the shipbuilding and road transport spheres. In the former, the changes and modifications of naval armament entailed the taking of highly technical decisions and here his wealth of experience was of great value, not only to his firm but to the safety of the country in the critical years of 1939-45, during which, in spite of advancing years, he retained all his receptivity, power of application and his youthfulness of spirit.

Sir John became an Associate Member in 1899 and transferred to Member in 1919. From 1924-35 he was a Member of Council and in 1937 he was President of the Institution. He was made an Honorary Member in 1941. His services to this Institution have been varied and widespread and he will be remembered with great respect and affection by members everywhere.

Born of a family which in the past century and a half has produced distinguished artists and engineers, he inherited a keen appreciation of all that was fine in life. Quite apart from his life's work of shipbuilding and engineering his interests were wide indeed. His great vitality and a keenly enquiring mind, stimulated no doubt by his travels in the United States, South America, South Africa and many other countries of the world, resulted in there being few subjects on which he could not discourse with knowledge and authority, tempered always with urbanity and lively sense of humour.

His elder son, John W. Thornycroft, C.B.E., succeeds him as Chairman and Managing Director of John I. Thornycroft and Co. Ltd.