Grace's Guide is the leading source of historical information on industry and manufacturing in Britain. This web publication contains 148,160 pages of information and 233,681 images on early companies, their products and the people who designed and built them. 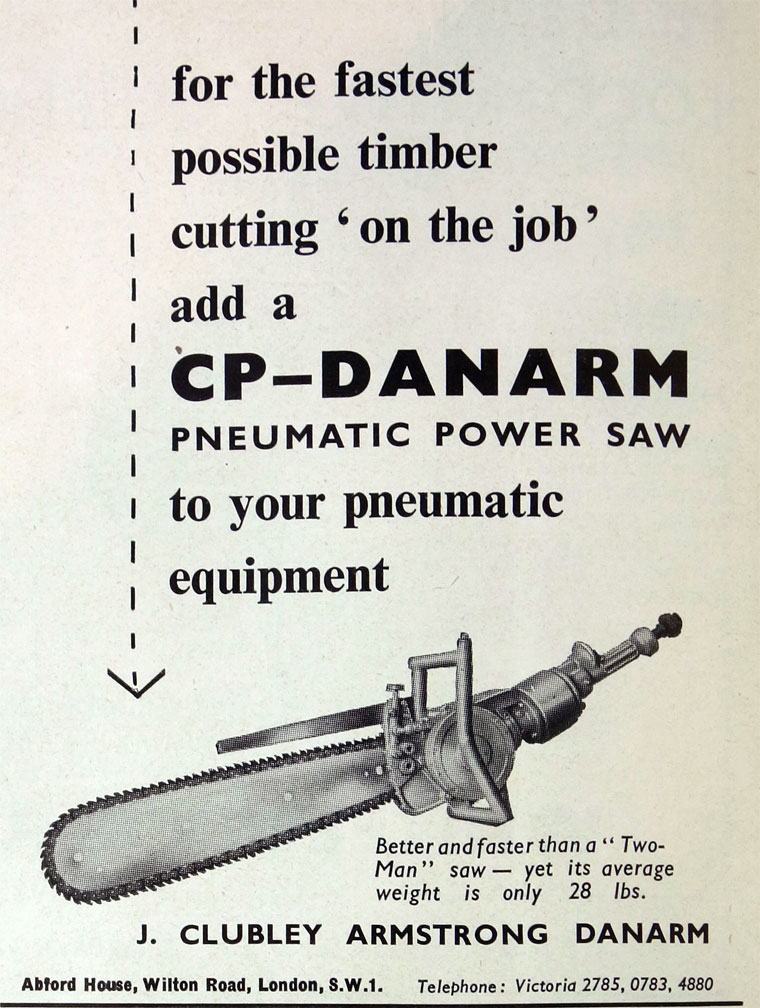 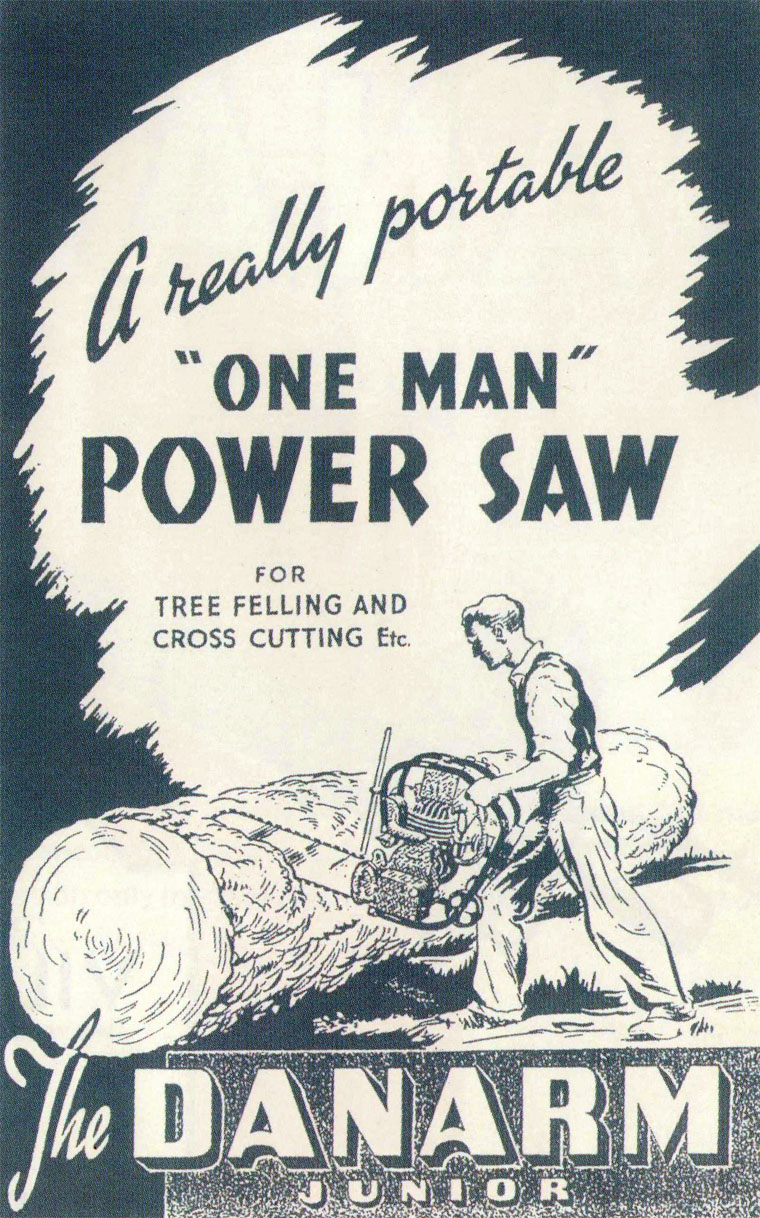 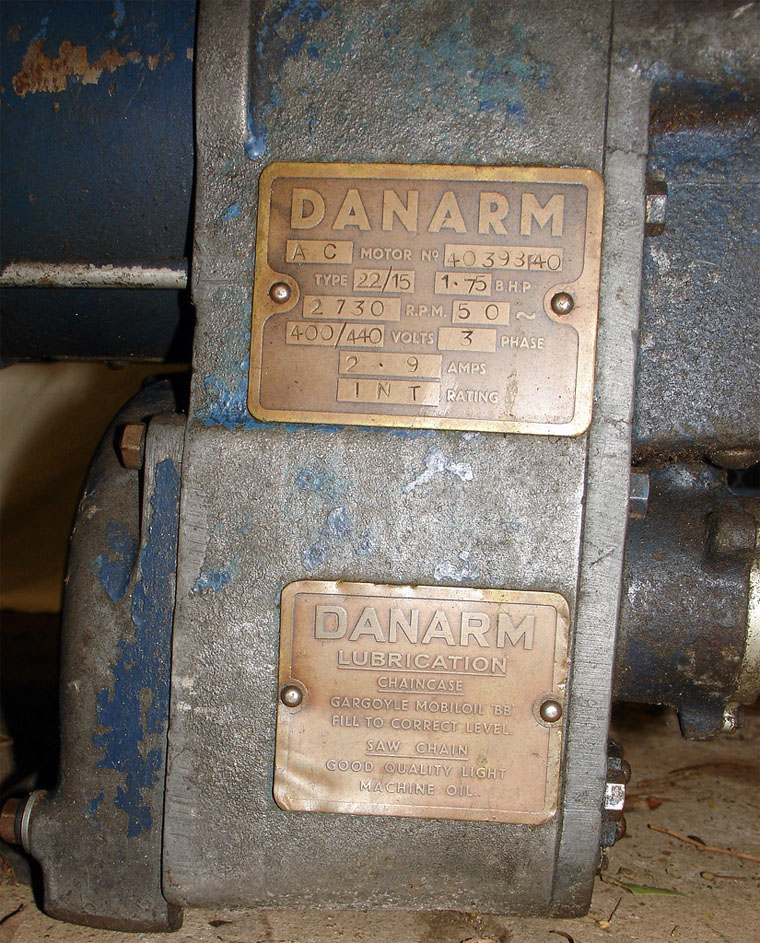 The first saws were powered by Villiers 2-stroke engines, from 80cc up to 350cc. The larger models were capable of taking cutter bars up to 7ft in length. Many of the early saws were supplied to War Office specification for use in jungle battle areas.

c1954 The DD8F Saw was introduced, with a Villiers 98cc '8F' 2-stroke engine, which could be used easily by one man at any angle. This model became famous worldwide.

1960s/'70s The company developed its own engines which later incorporated an anti-vibration system using coil springs. As magnesium castings were used for the larger components, saws gradually became lighter in weight.

Until 1984, the company also became involved with many other products, including Cultivators, Brushcutters, Hedgetrimmers, Lawnmowers, Pumps and Generators, as well as Chainsaws.