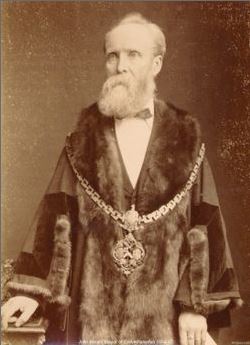 John Annan (1824-1904), Chairman of John Brotherton and a director of the Wearwell Motor Carriage Co. A Gas Engineer.

1891 Living in Wolverhampton, a Gas Engineer Lock. With his wife Mary and their six children.[1]

1904 March 31st. Died in Wolverhampton. Probate to his widow Mary and his sons William Henry Annan and Frederick John Annan.[2]