Grace's Guide is the leading source of historical information on industry and manufacturing in Britain. This web publication contains 148,434 pages of information and 233,876 images on early companies, their products and the people who designed and built them.

(Redirected from J. A. Fleming)
Jump to: navigation, search 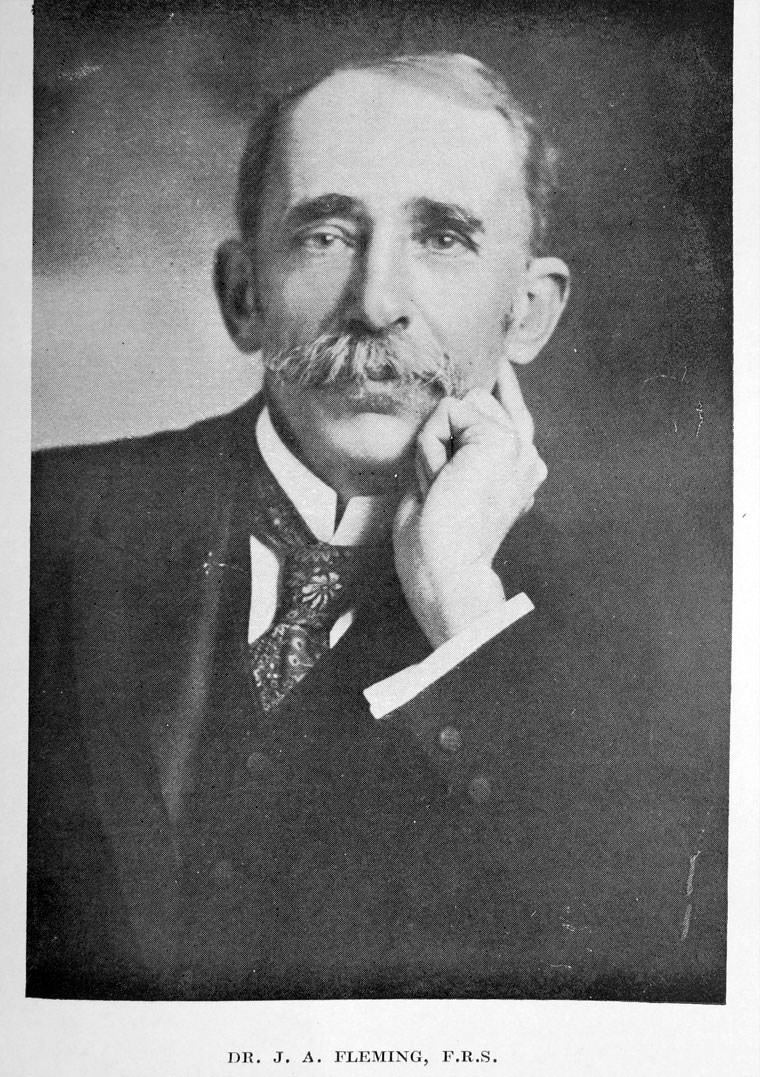 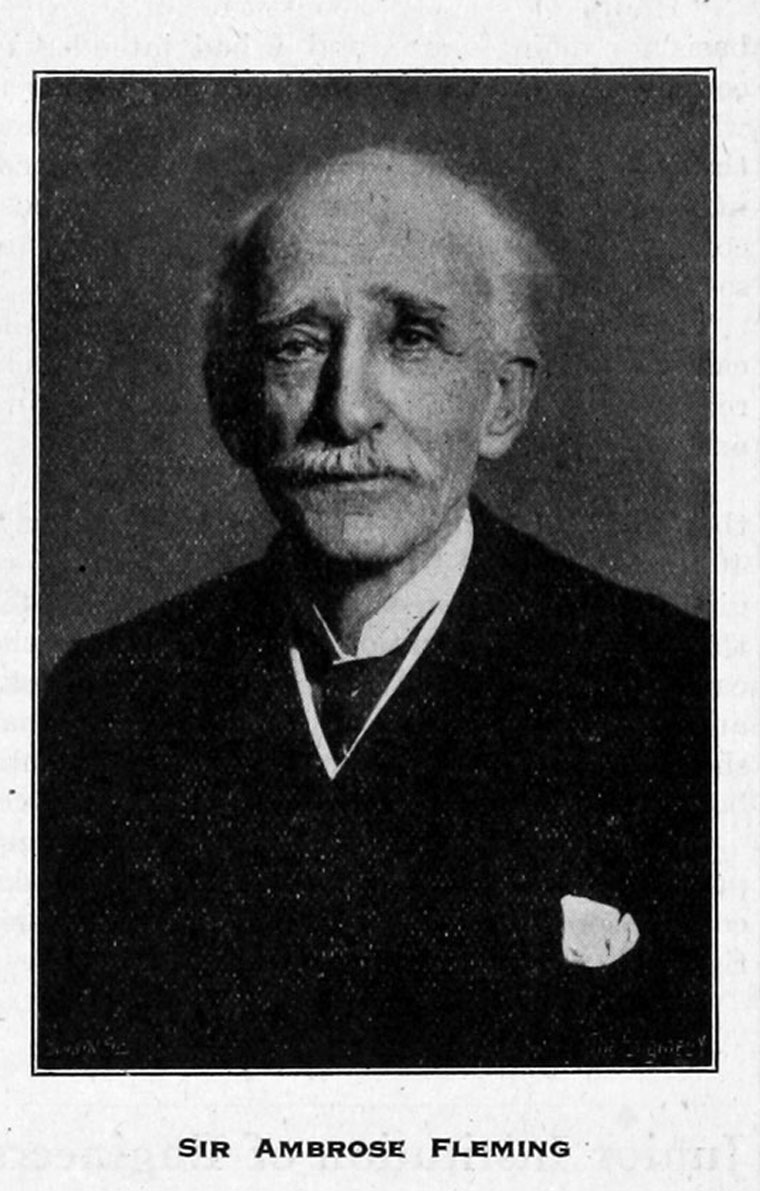 Sir John Ambrose Fleming (1849-1945), FRS, was an English electrical engineer and physicist. He is known for inventing the first thermionic valve or vacuum tube. He is also famous for the left hand rule (for electric motors).

1849 November 29th. Born in Lancaster the eldest of seven children of James Fleming DD (died 1879), a Congregational minister, and his wife, Mary Ann

Educated at University College School, London, University College London and the Royal School of Mines . He entered St John's College, Cambridge in 1877, gaining his B.A. in 1881 and becoming a Fellow of St John's in 1883. He went on to Lecture at several universities:

1880 Lecturer in Mechanics and applied science at the University of Cambridge.

1881 First Professor of Mathe­matics and Physics at University College, Nottingham.

1885 First professor of Electrical Engineering, the Pender Chair, at the University College London.

In 1892, Fleming presented an important paper on electrical transformer theory to the Institution of Electrical Engineers in London.

1904 Invented the two-electrode vacuum-tube rectifier, which he called the oscillation valve, for which he received a patent on 16 November. It was also called a thermionic valve, vacuum diode, kenotron, thermionic tube, or Fleming valve.

1921 Albert Gold Medallist of The Royal Society of Arts.

Ambrose published his autobiography in 1934[1]. In it he gave an extensive account of his work and achievements, including those for which he felt the lack of recognition or recompense. These included work done for Marconi on wireless transmission, and his pioneering work on thermionic valves. For the latter he received no reward other than a retainer's fee paid by Marconi's Wireless Telegraph Company. In this context he wrote 'One thing I have always strongly resented, and that is the effort made by various manufacturers to disconnect my name from the invention.'. He was successfully involved in litigation in the USA and Britain against the de Forest Radio Telephone and Telegraph Co. Lee de Forest had developed the triode, 'and endeavoured as much as possible to claim for himself the entire invention and depreciate mine.'

Fleming was a consultant for the Edison and Swan United Electric Light Co. Through this connection he arranged to the first vacuum flask made by Edison-Swan for his friend, James Dewar.