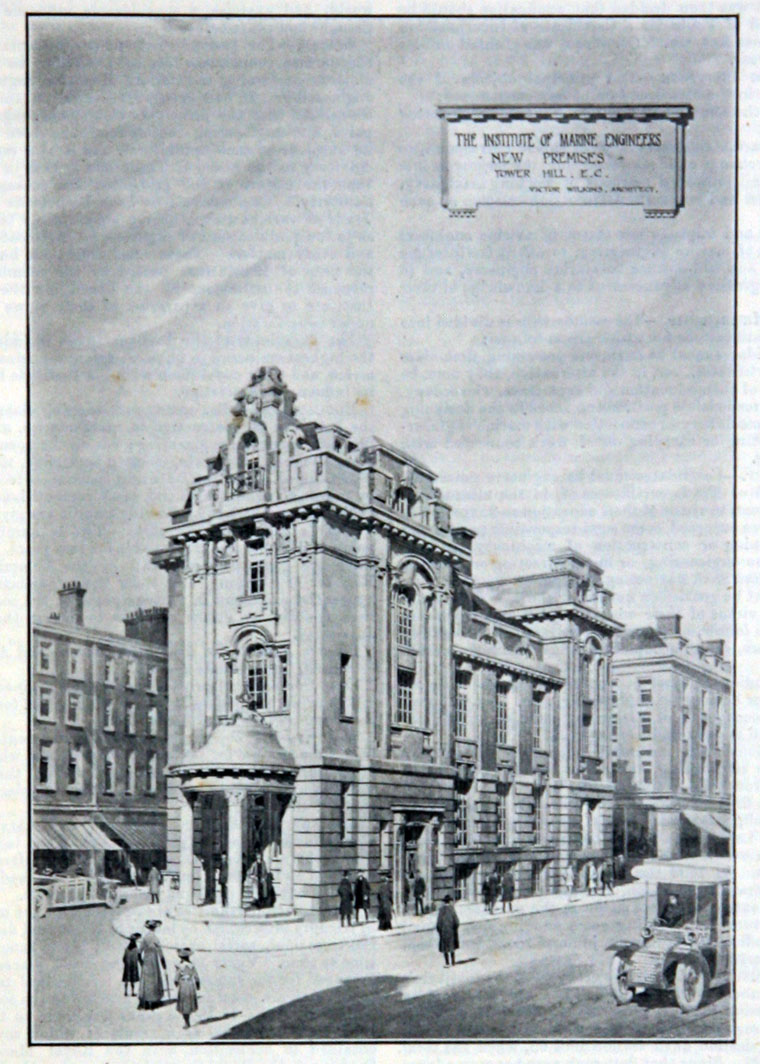 1888, November 9th, a number of marine engineers met in a room in the East End of London to consider the advisability of forming an institute of marine engineers. An organising committee was appointed consisting of Messrs James Adamson, D. Greer, J. G. Hawthorn, Robert Leslie, C. Noble, Matthew Prior, F. W. Shorey and J. H. Thomson.

A public meeting was held in the Workmen's Hall, Stratford, on February 12th 1889.

2000 copies of the circular written by James Adamson were distributed with promising response.

On December 7th 1888 the Institute was formerly constituted at a meeting of the committee and Mr James Adamson was elected as Hon. Secretary.

The objects of the institute were;

1891 The Institute moved into premises at 58 Romford Road, Stratford which it occupied until the outbreak of the First World War

In May 1912 the Titanic Engineering Staff Memorial Fund was opened under the auspices of the Institute. The fund was used to support widows and orphans of members of engineering staff of any steamer or steamers.[1]

1950s and 60s: Many overseas branches were formed

Jolyon Sloggett was the fourth holder of the position of Secretary. He had to face the challenges of maintaining membership and services in an era of financial austerity, minimum manning, and massive changes in ship operation.

Late 1990s Keith Read CBE was appointed the fifth Secretary of the Institute,

2011 Headquarters moved to offices in Westminster.