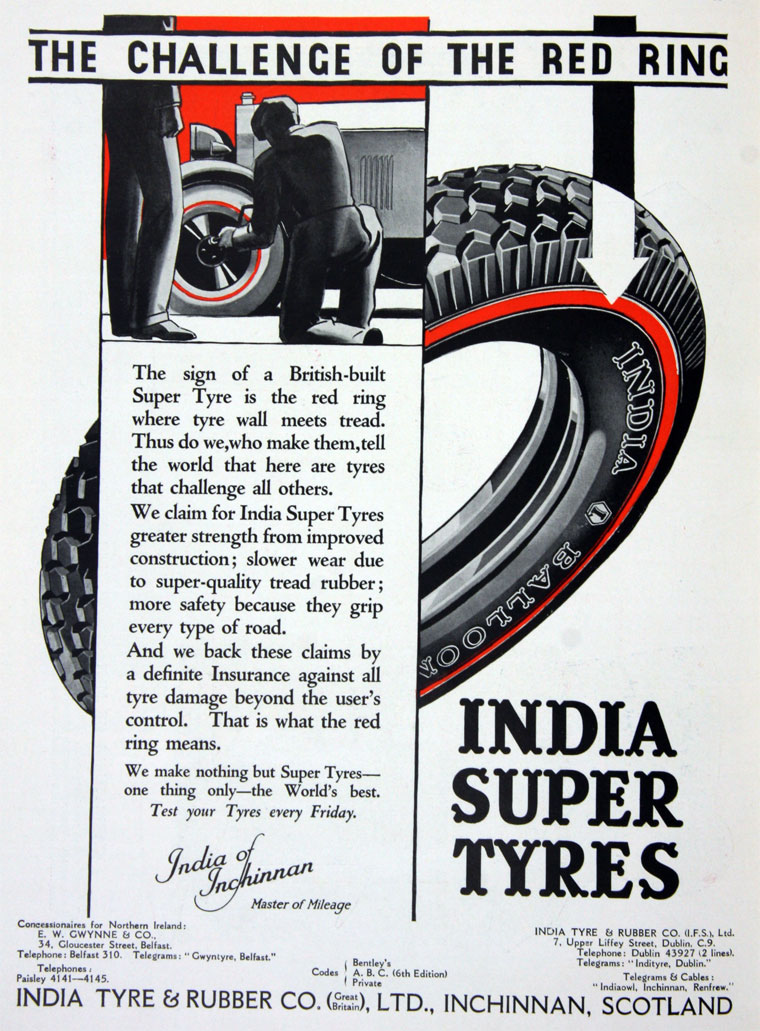 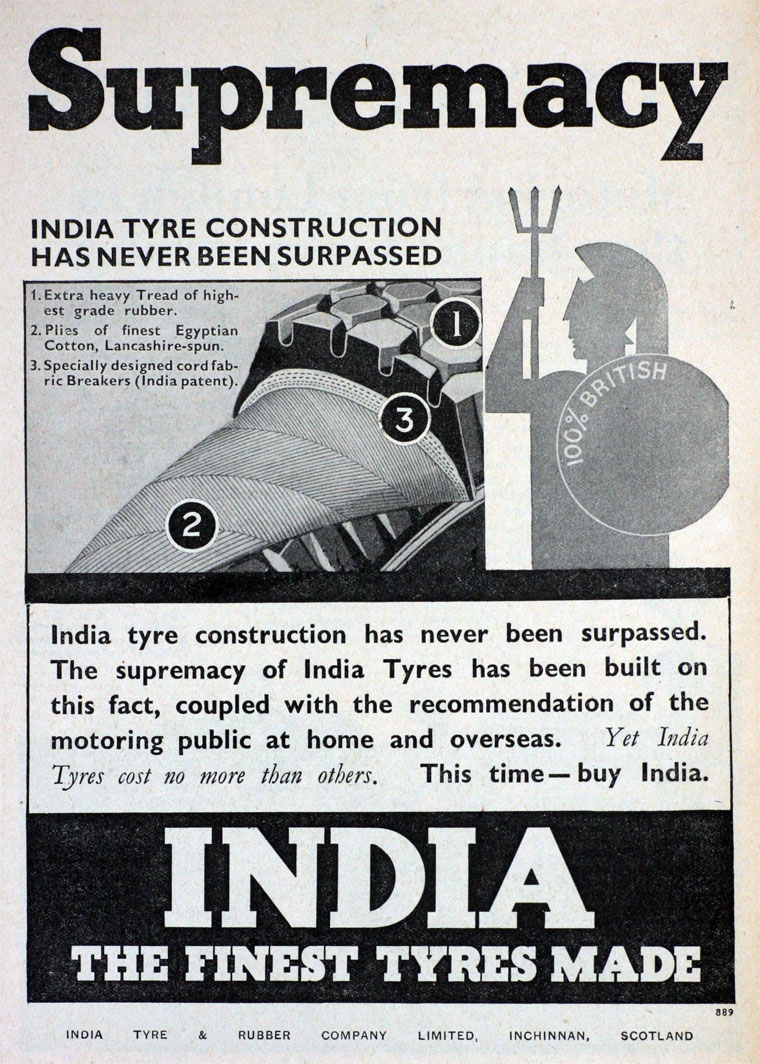 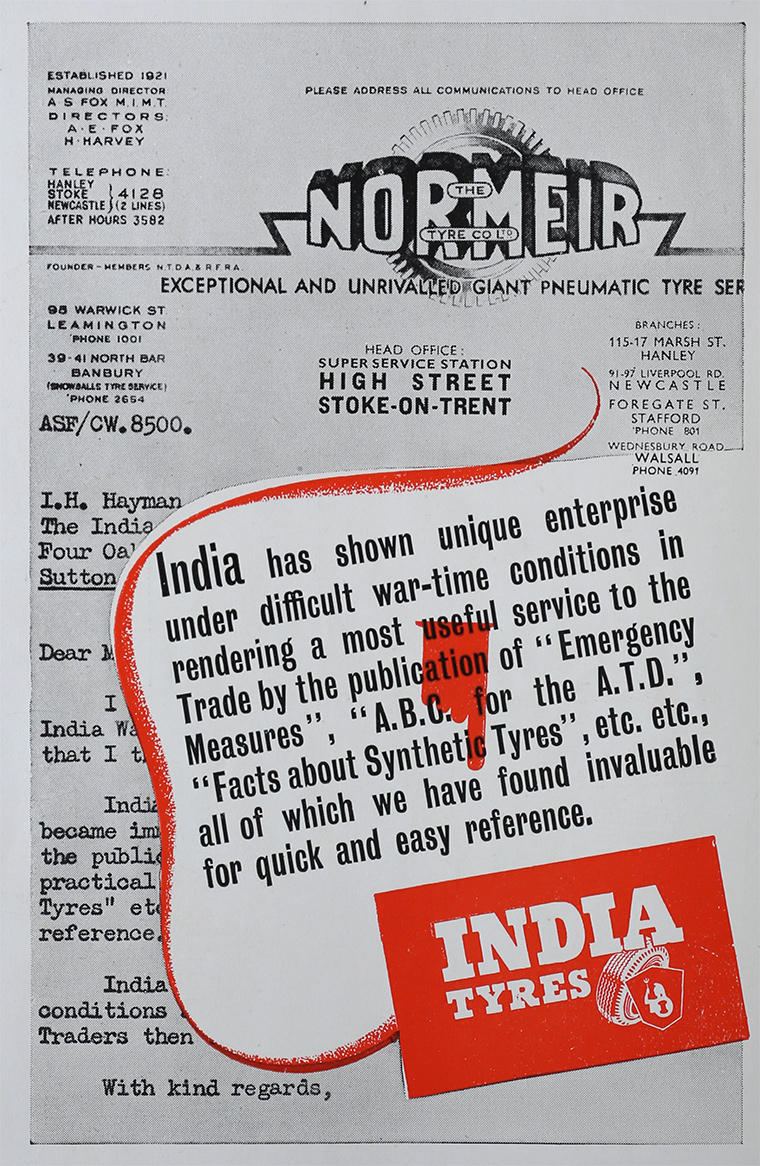 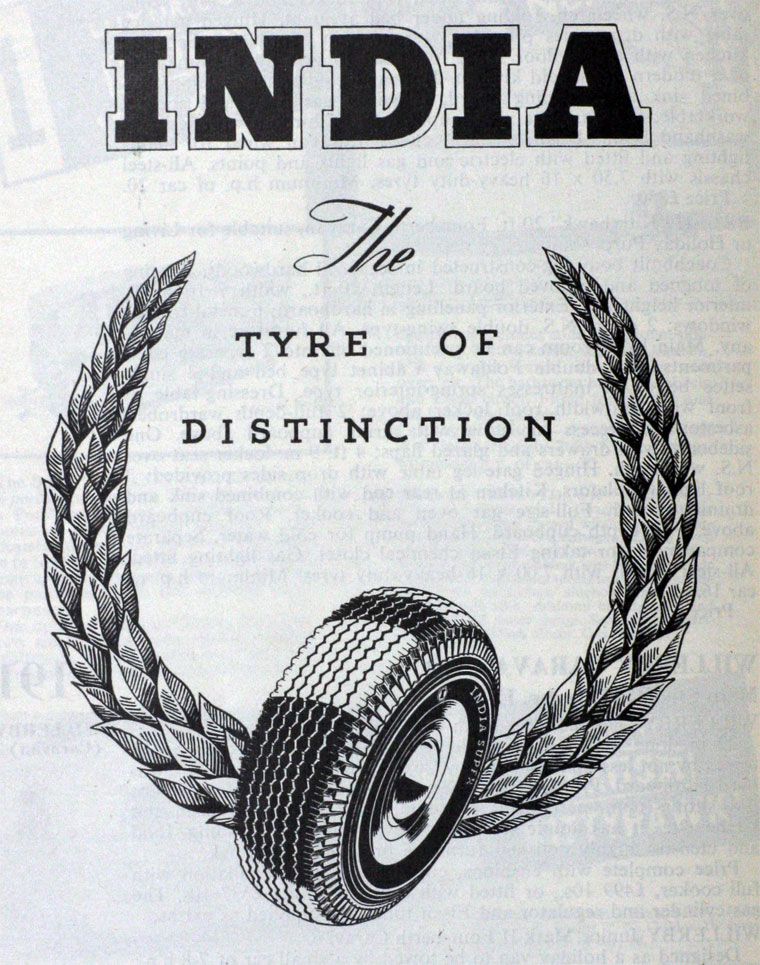 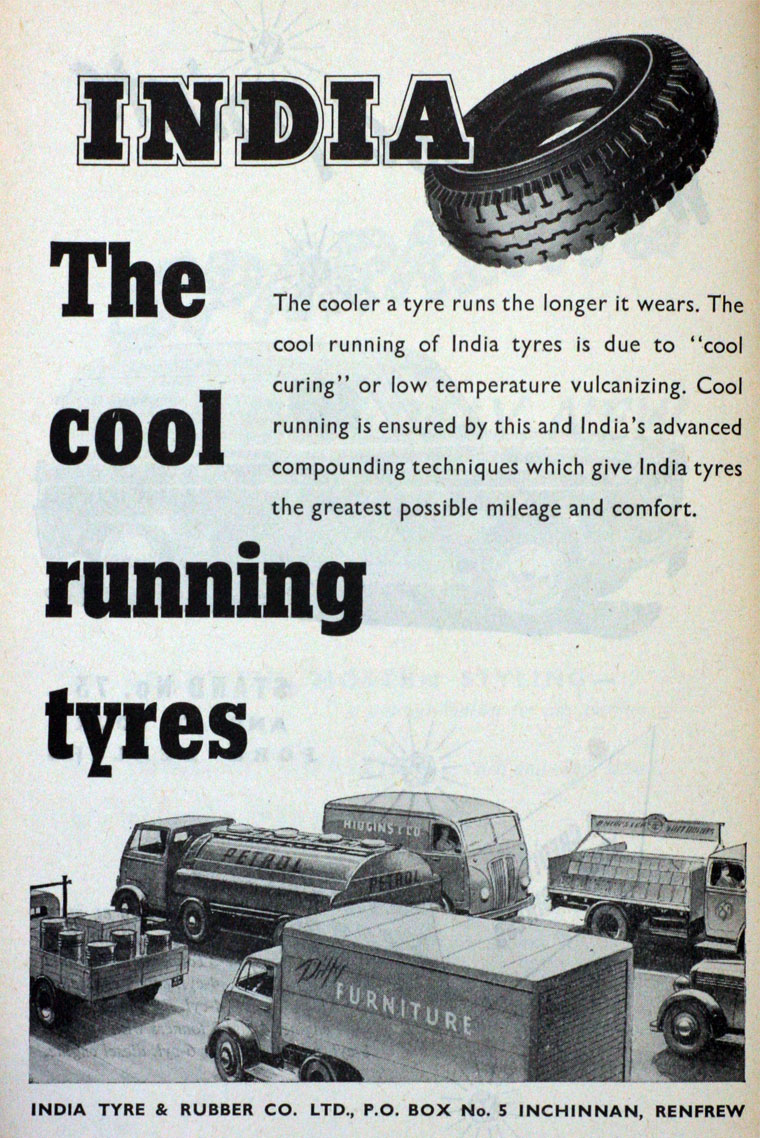 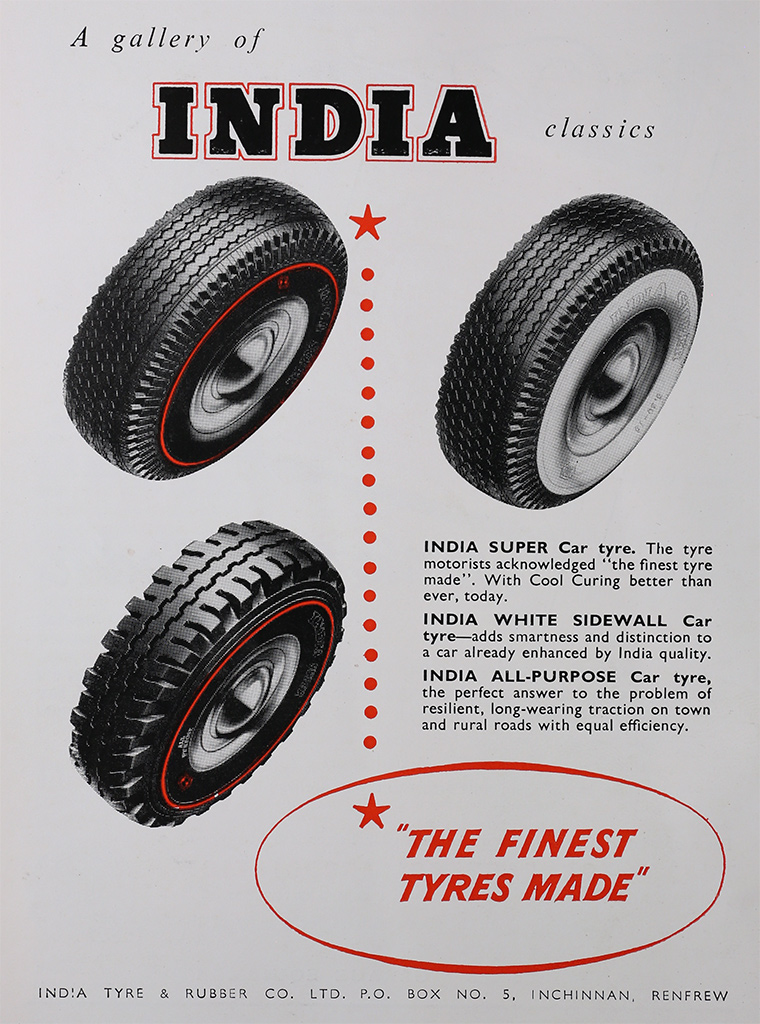 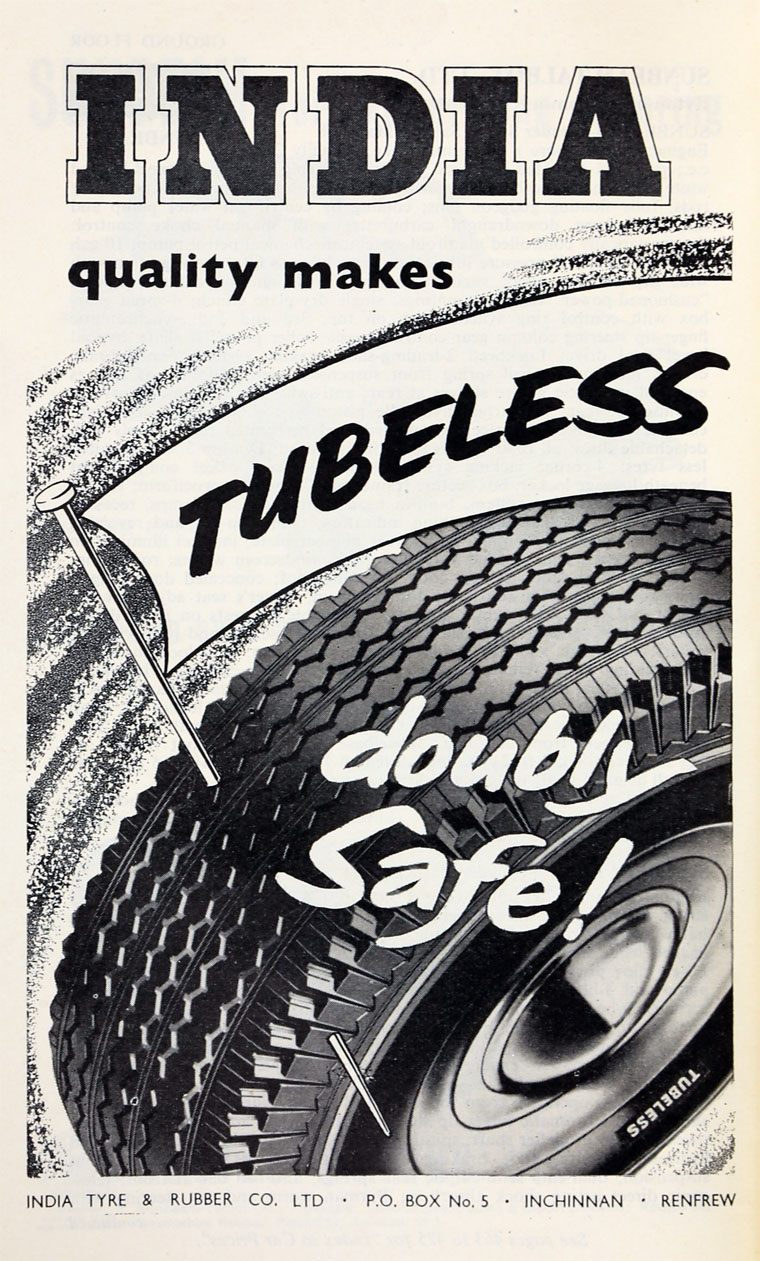 WWI. The Inchinnan site was first used by William Beardmore and Co for the construction of airships during World War Ι; the company flourished for a number of years.

1922 Despite the company’s successes, with the end of World War Ι came a slump in the aircraft manufacturing industry. Decreased demand resulted in the closure of the business in October.

1927 The India Tyre and Rubber company was incorporated[1], to make and sell in the British Empire, India Tyres, tubes and other rubber products similar to those made by the India Tire and Rubber Products Co, of Akron Ohio (est 1918); the company purchased the Inchinnan site to house a tyre factory.

The business was prosperous and houses were built in Allands Avenue and India Drive to accommodate the 2,500 employees of the tyre factory.

1930 India Tyres commissioned the Art Deco office block, strategically located in front of the mill building for optimum visibility from the busy Edinburgh to Greenock through road. The building was used for its intended purpose for half a century before its closure.

1980s India Tyres closed down and vacated the site in the early 1980s.