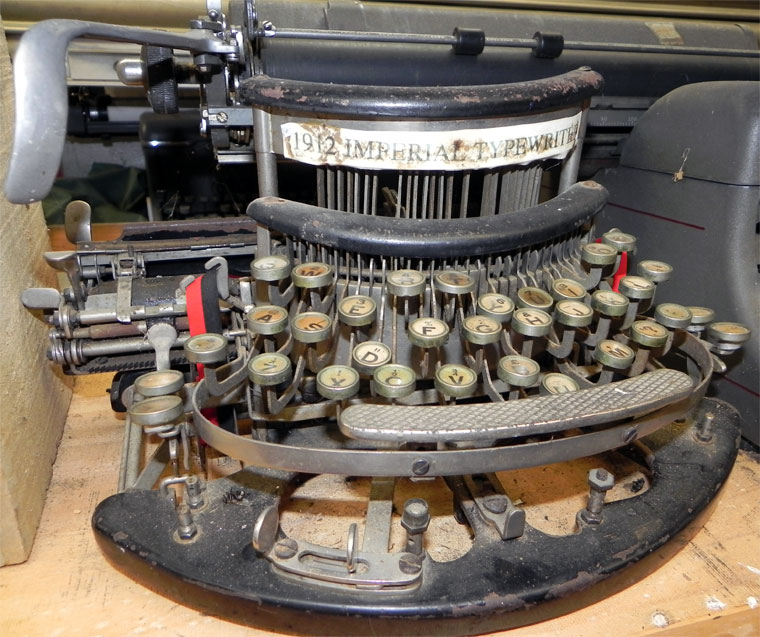 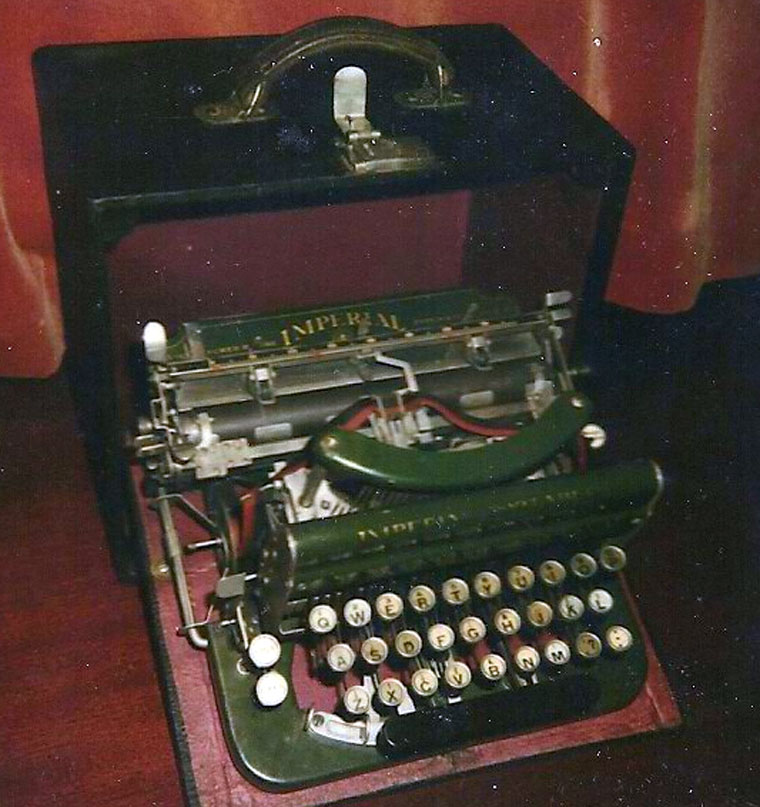 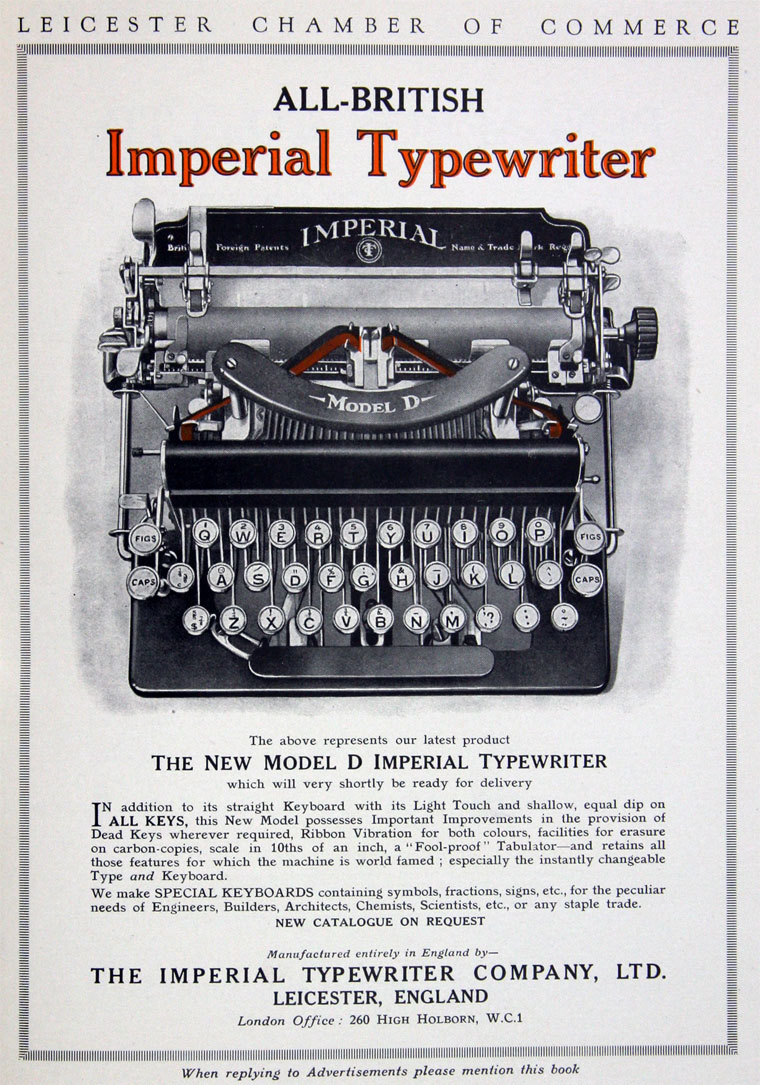 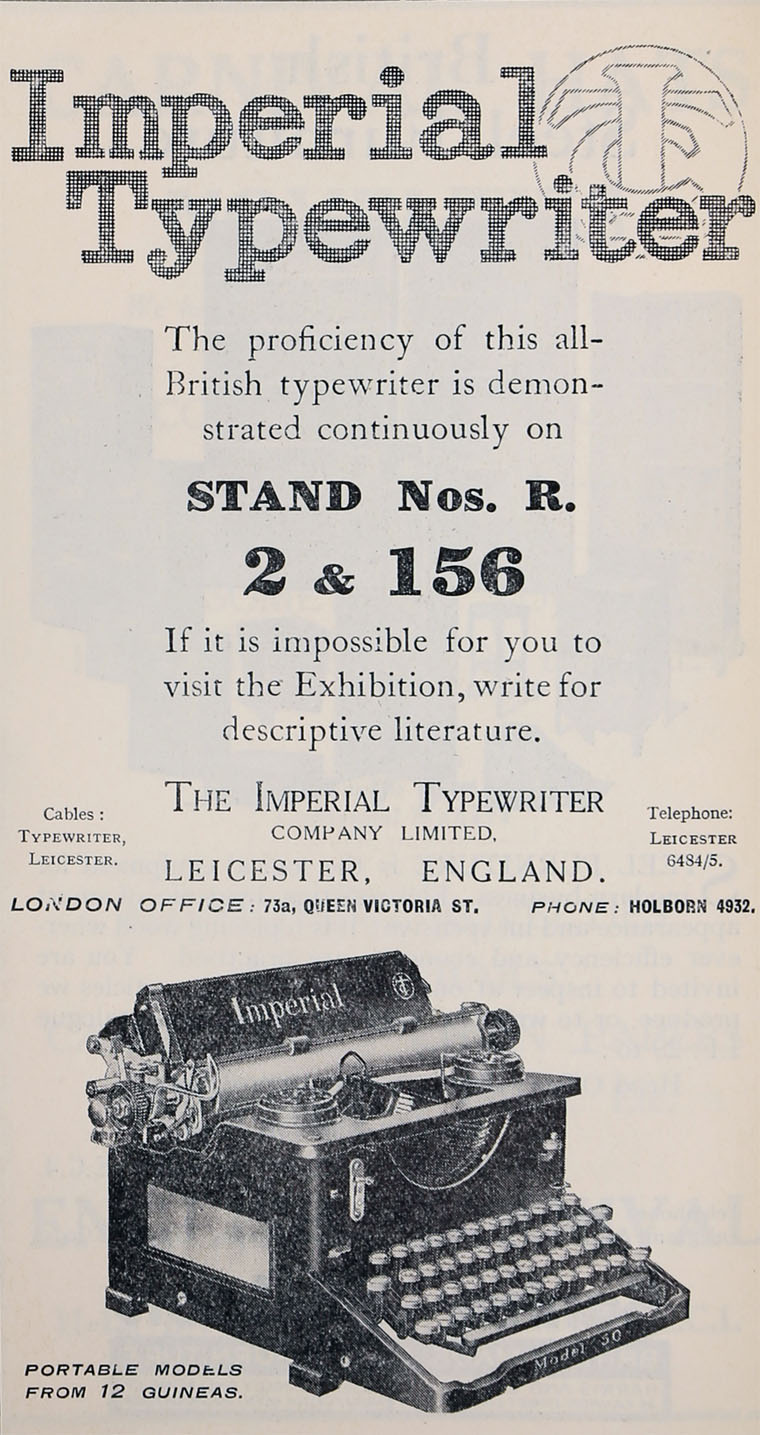 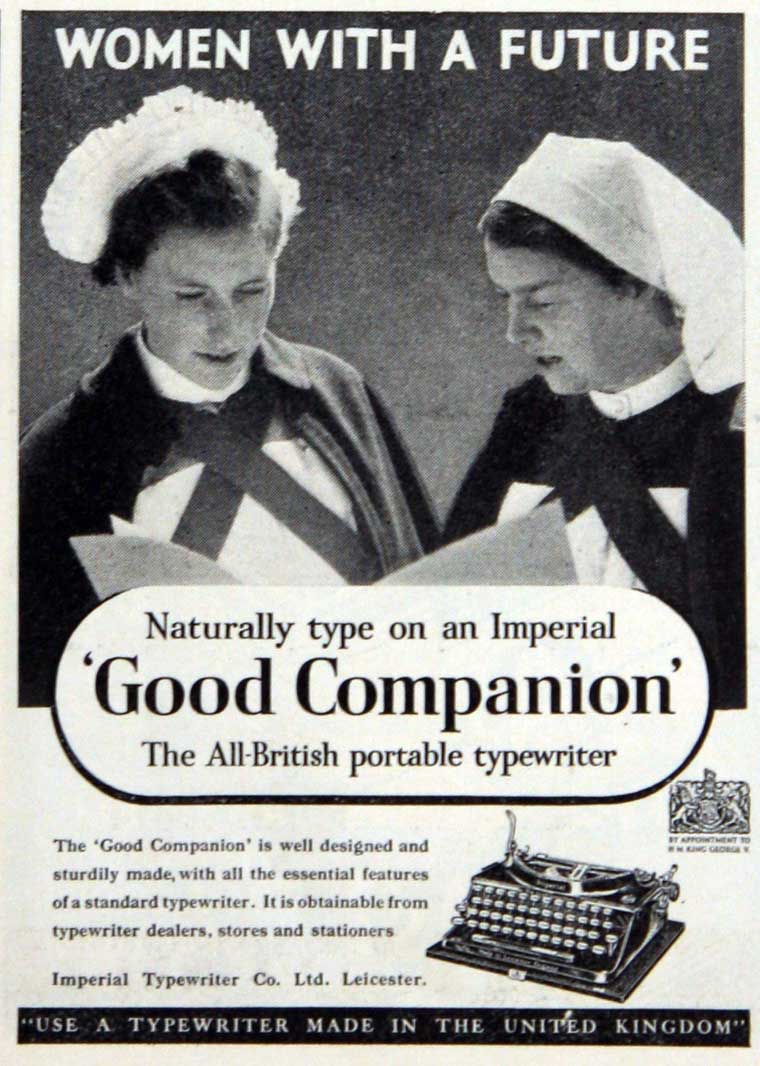 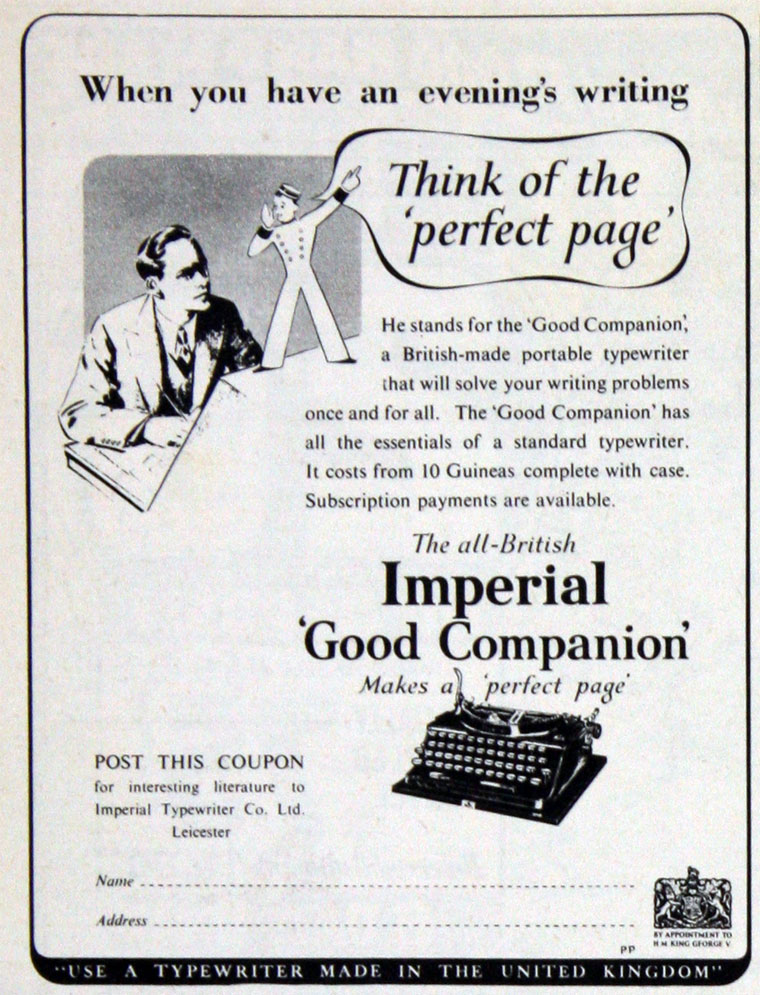 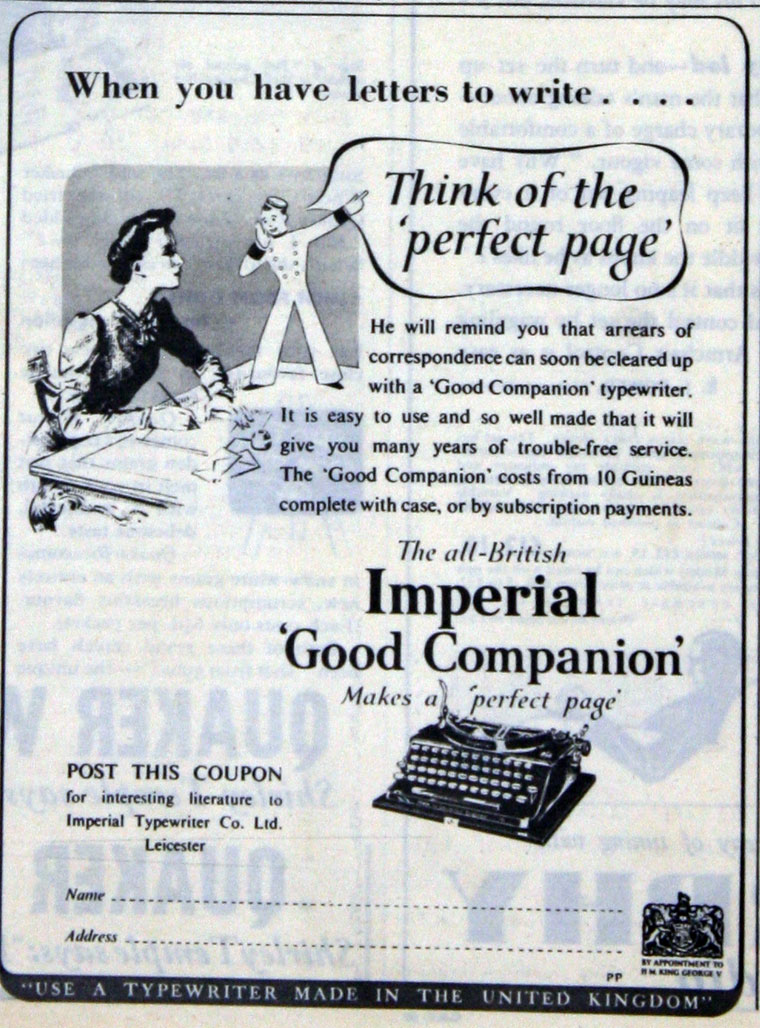 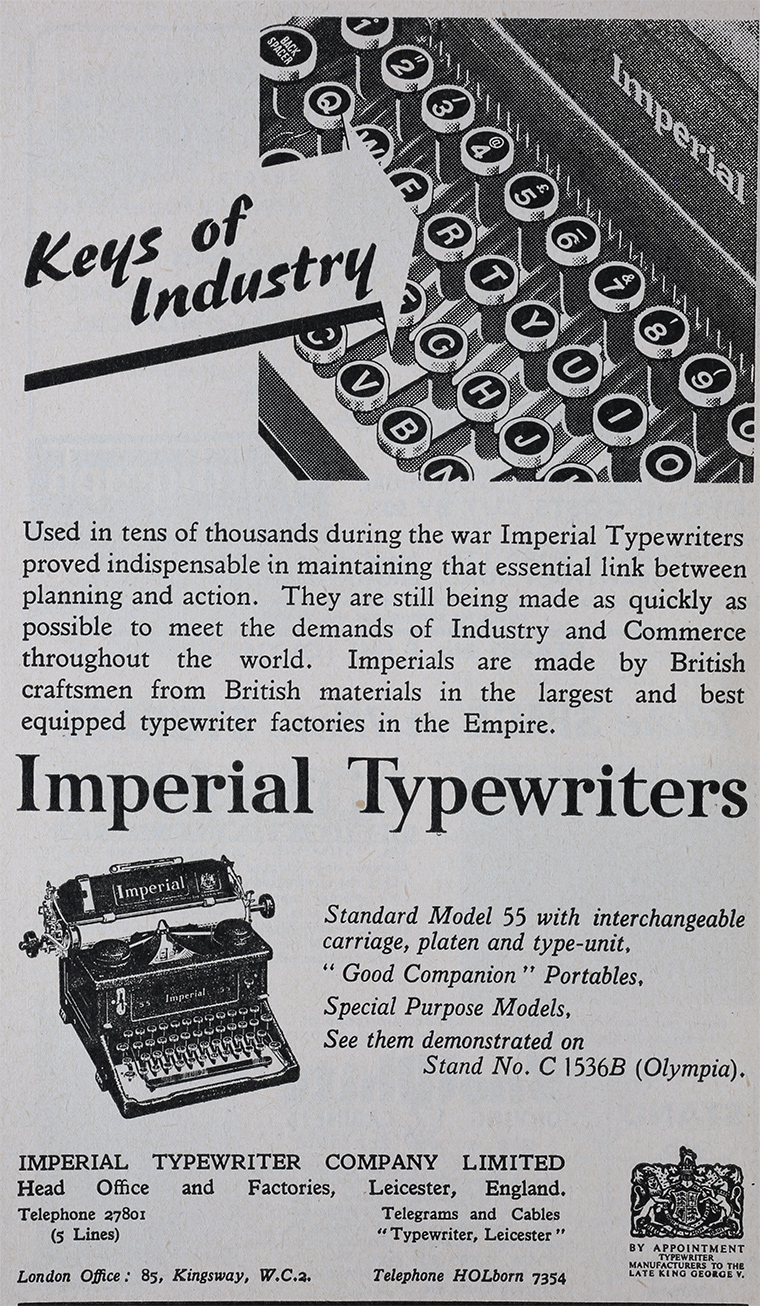 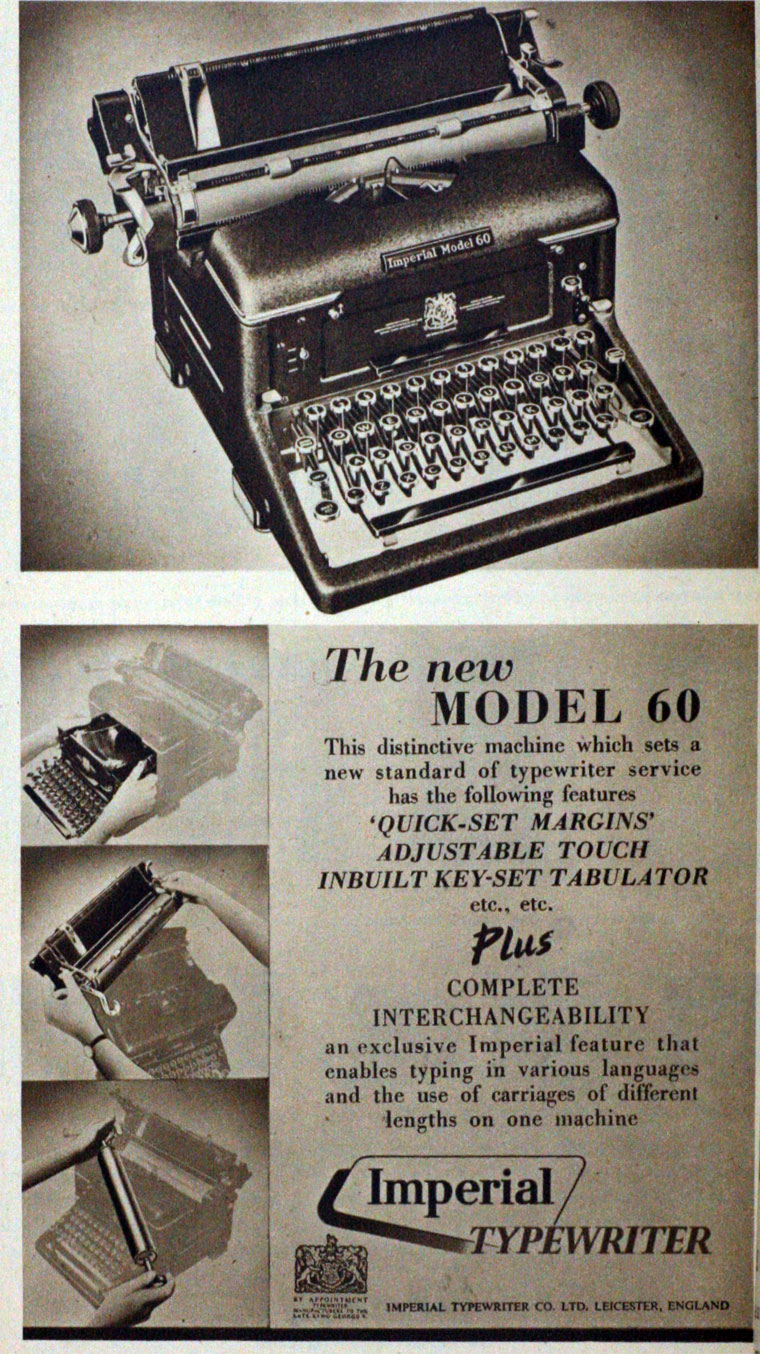 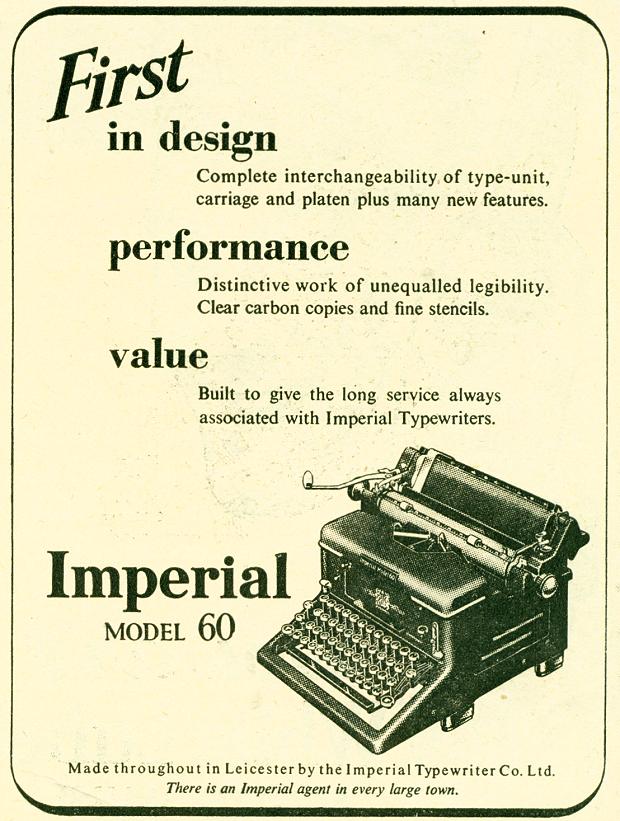 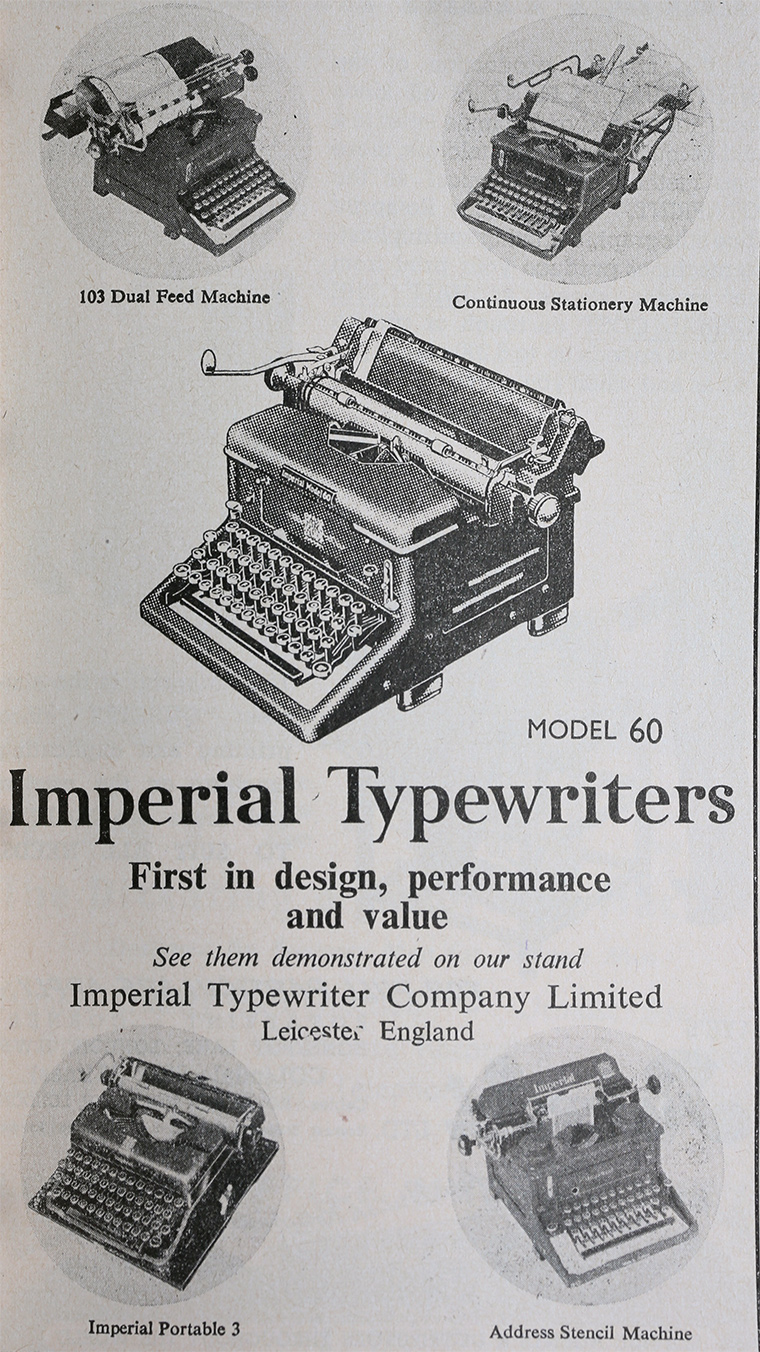 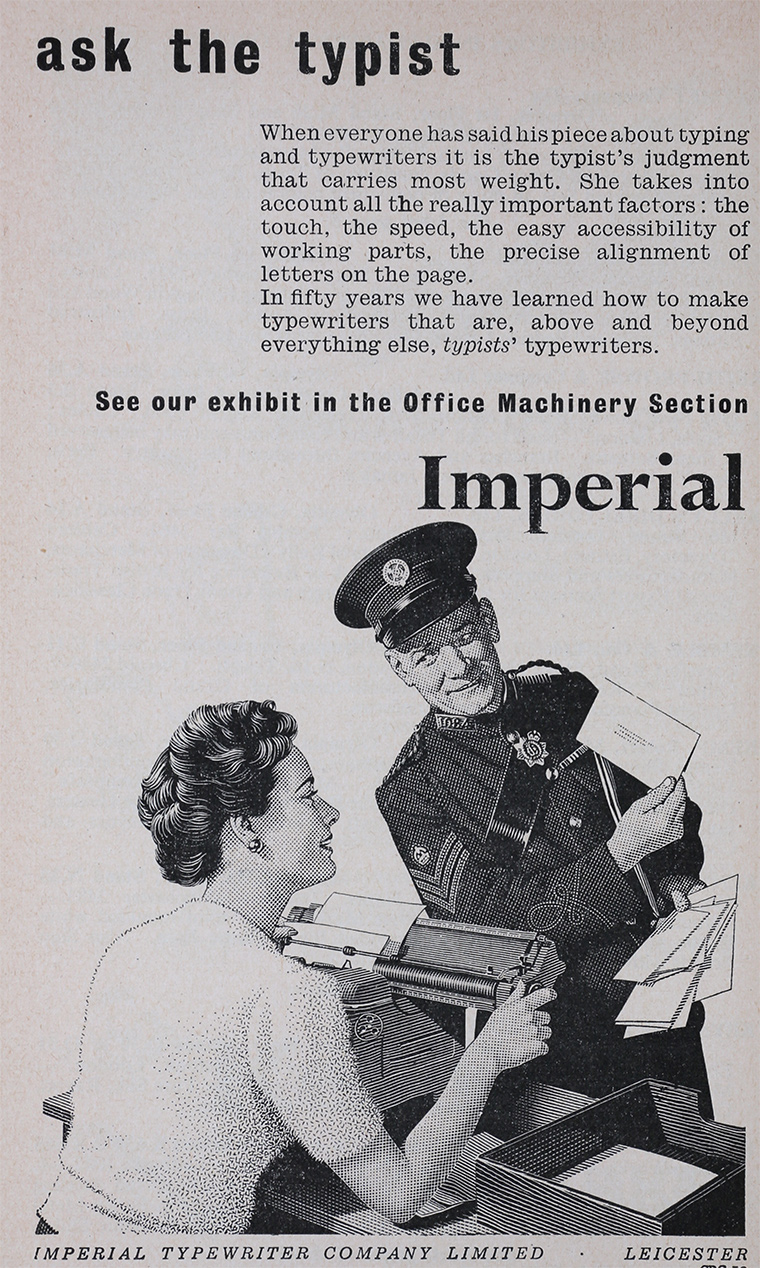 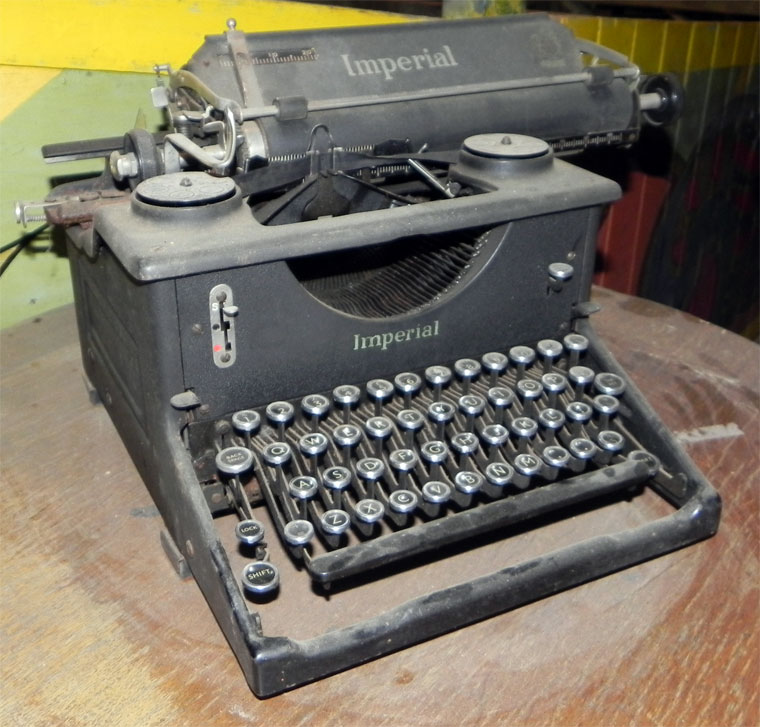 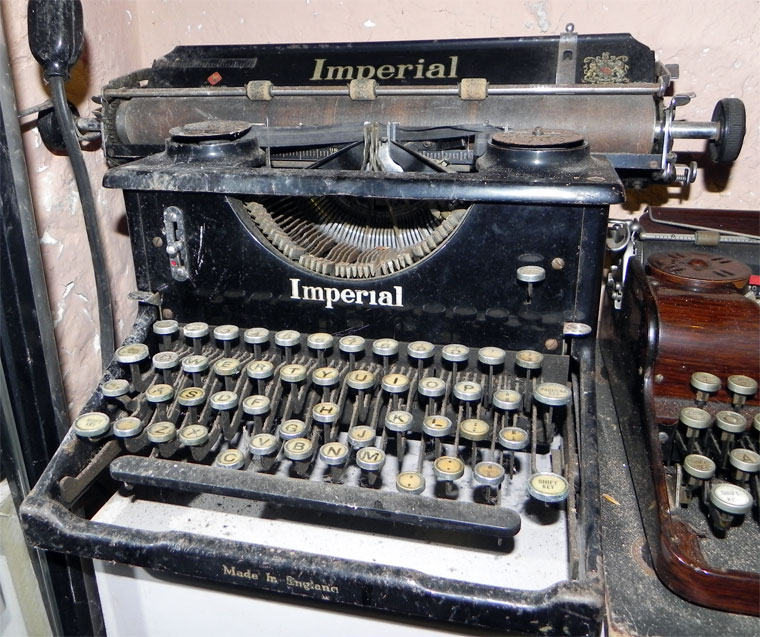 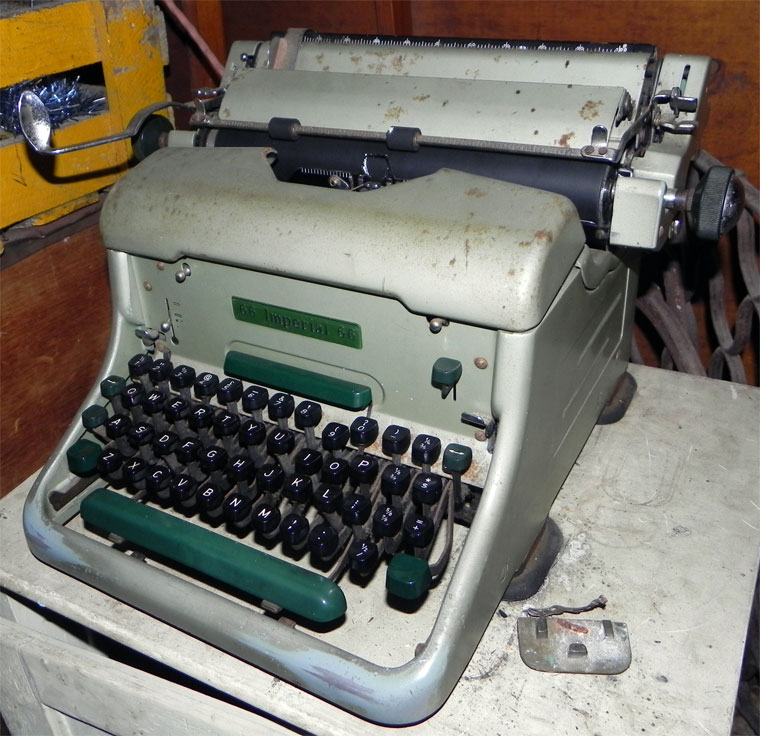 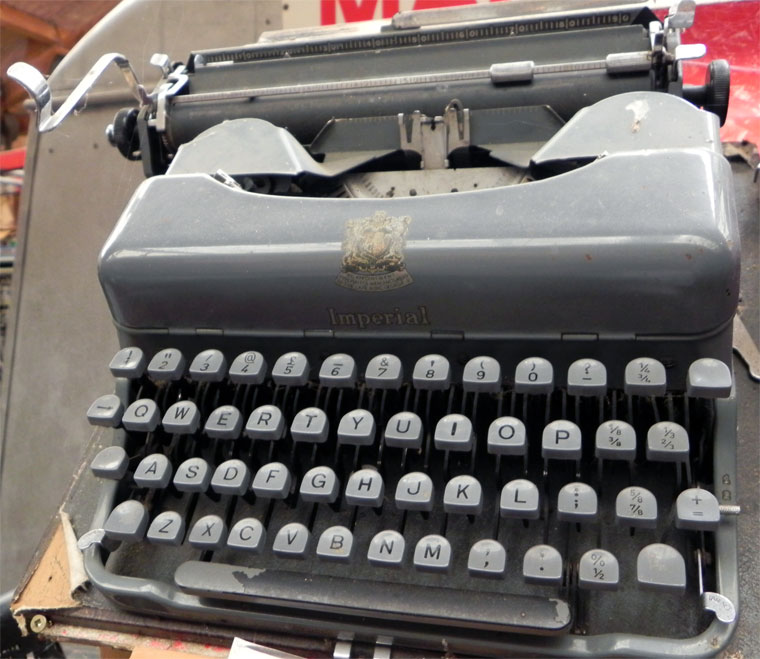 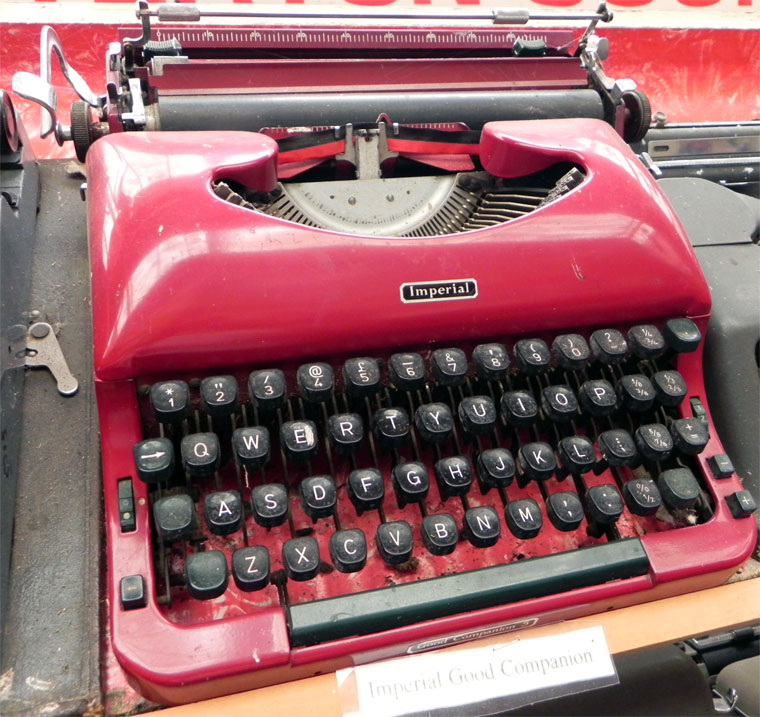 1922 Listed Exhibitor - British Industries Fair. Manufacturers of a Standard Typewriter with instantly changeable typebars and keyboard. Special keyboards made for engineers, chemists, etc., in all languages. (Stand No. K.82) [3]

1966 The Imperial Typewriter Company Ltd became a wholly owned subsidiary company of Litton Industries of USA. The parent transferred production of Royal typewriters from USA to Hull, which increased the size of the factory considerably.

The Leicester factory made electric typewriters.

1975 October. Auction of plant and equipment at Leicester.[10]