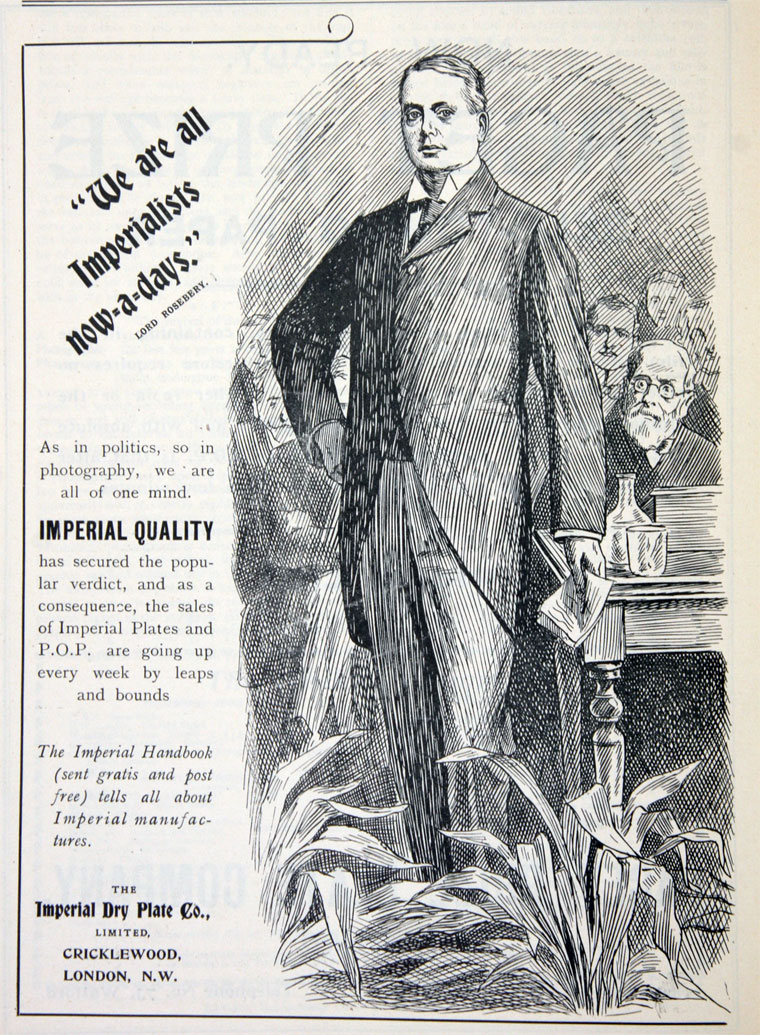 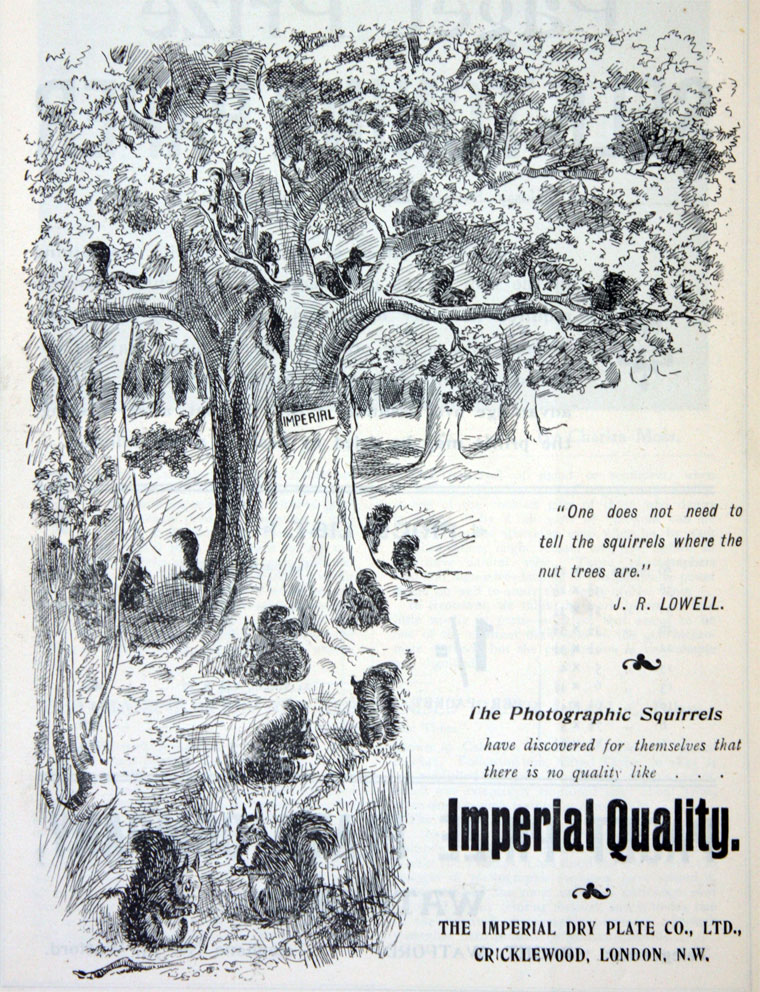 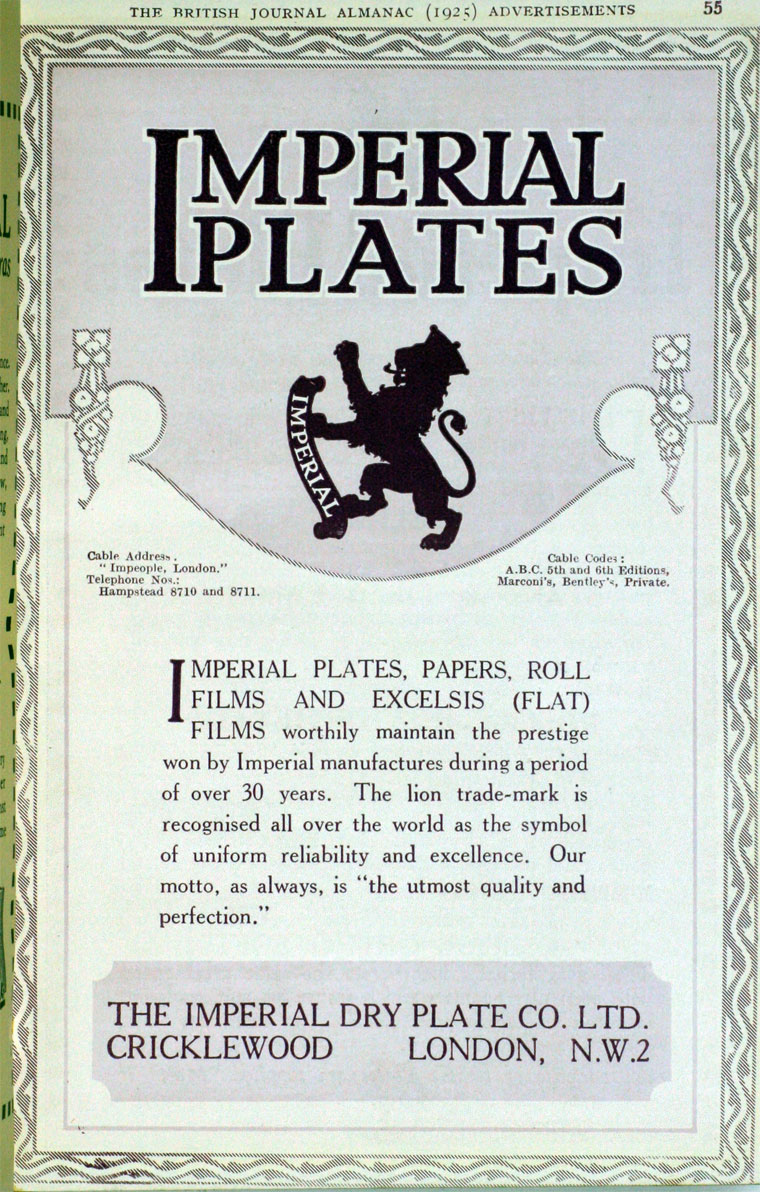 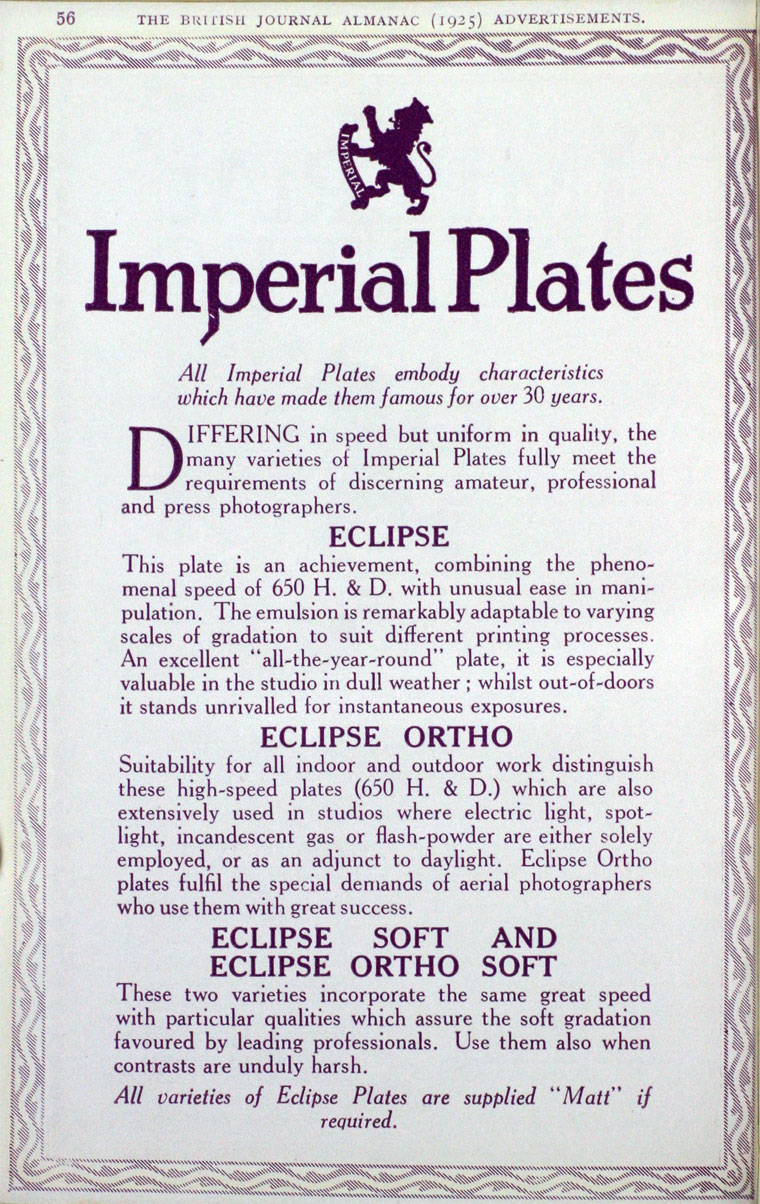 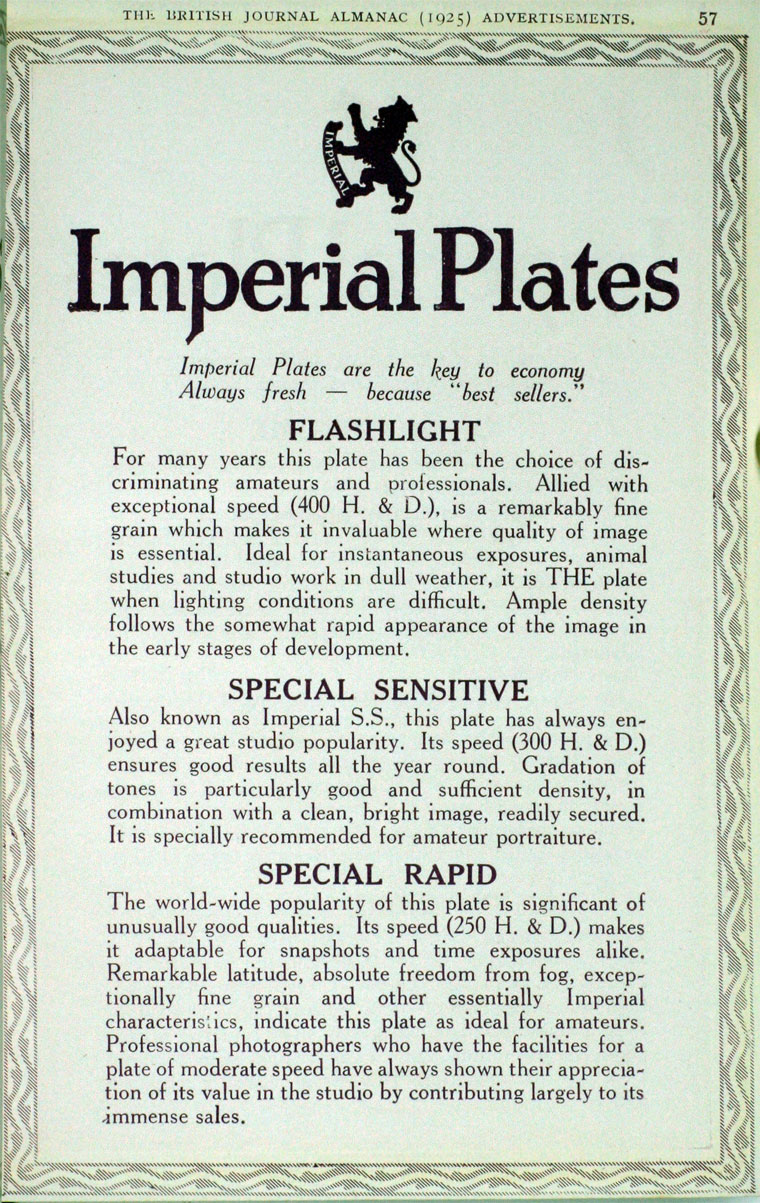 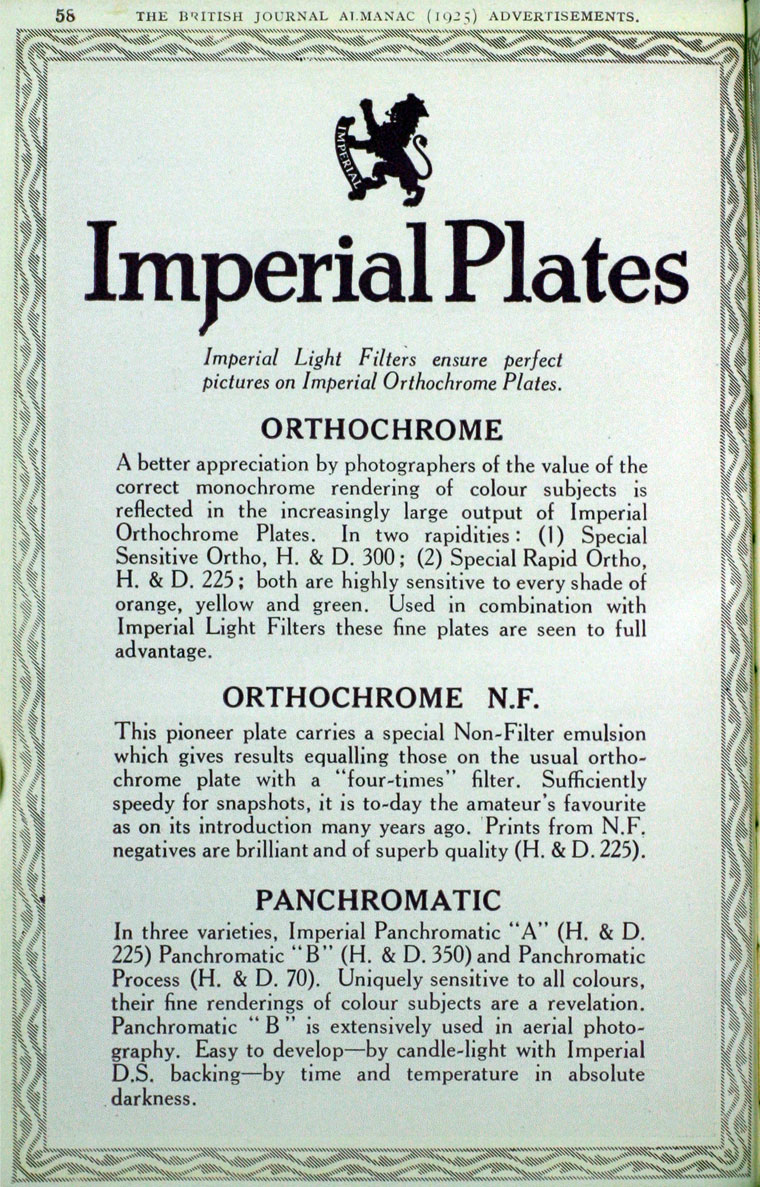 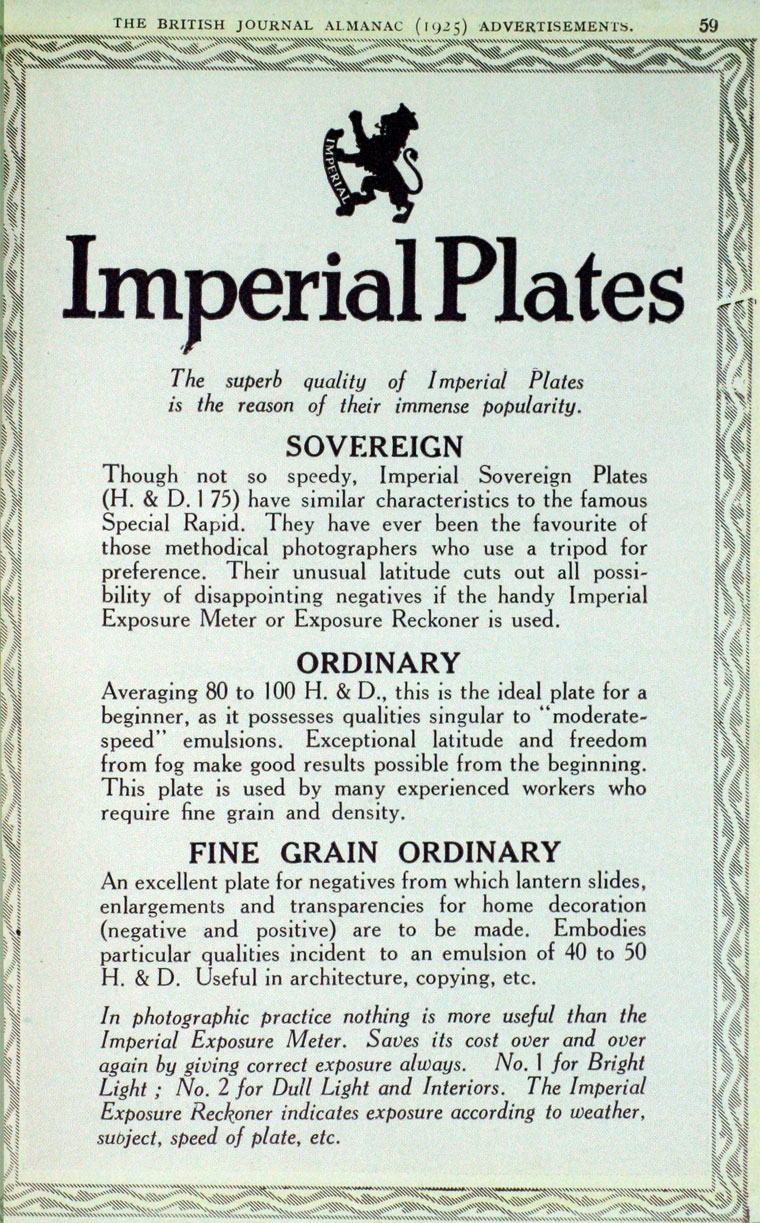 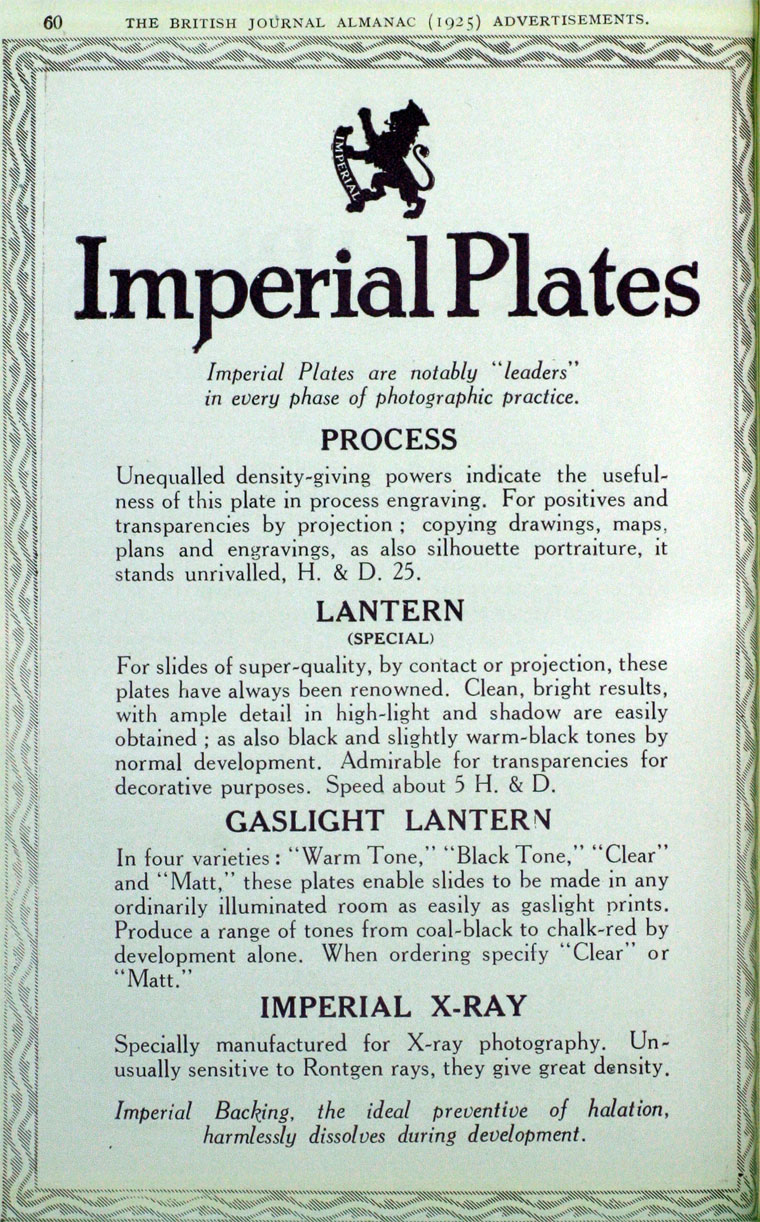 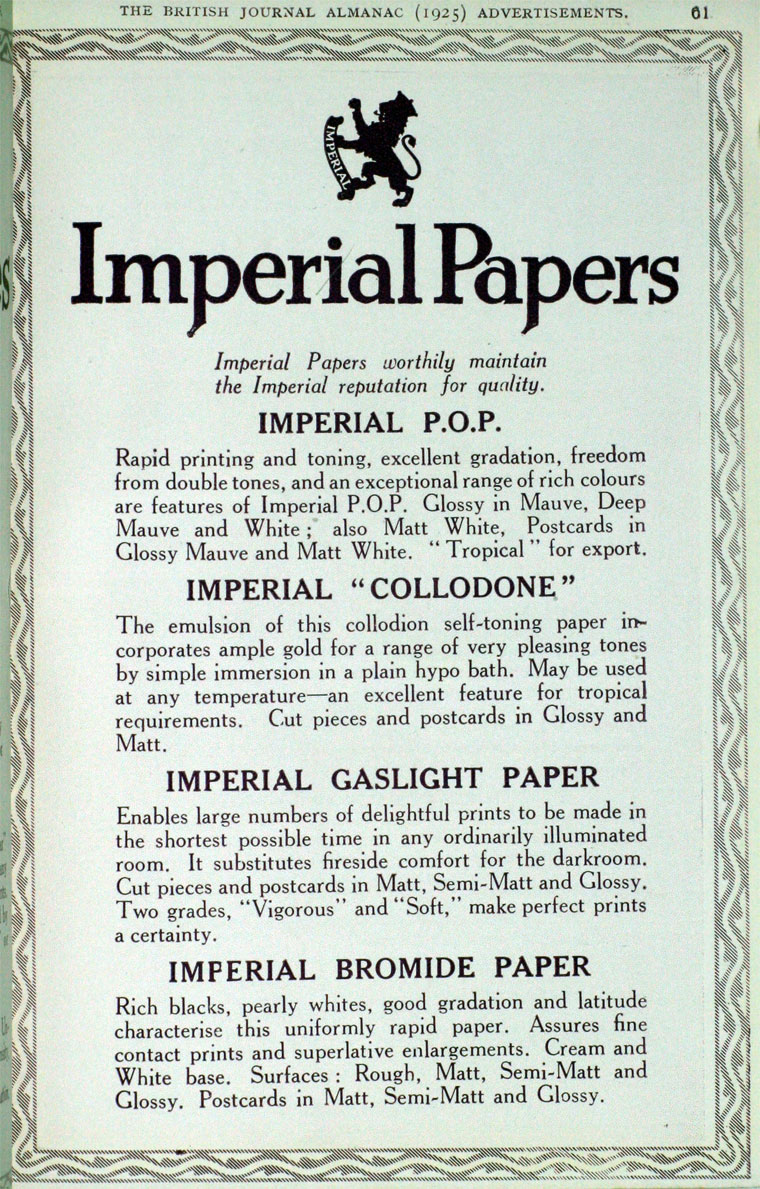 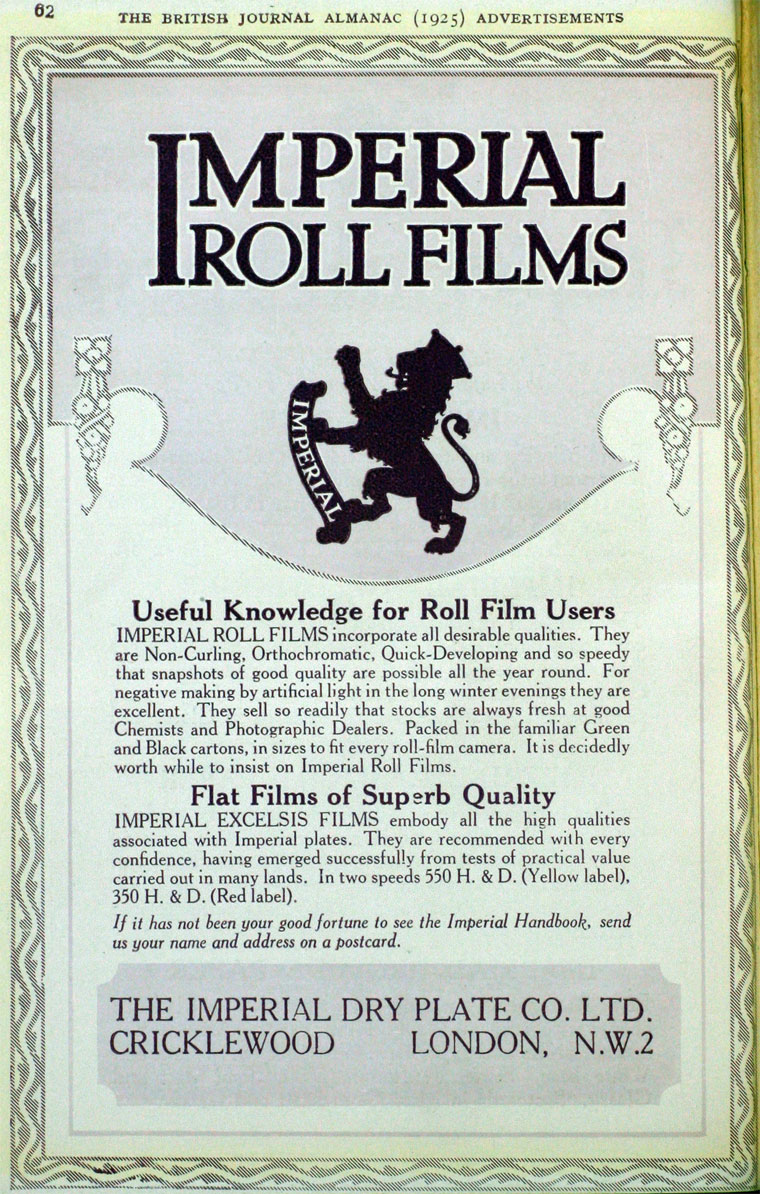 1920 The Selo company was formed for joint R and D, and the sensitising of roll films, in Woodman Road, Brentwood, Essex, by Ilford, Imperial, Gem and a consortium of seven other UK manufacturers, that eventually took the umbrella name of Amalgamated Photographic Manufacturers.

1924 Patent - Improvements in and connected with photographic film packs or holders. [1]

1928 Patent - Improvements in or relating to photographic film packs. [2]