I. and D. Smallwood 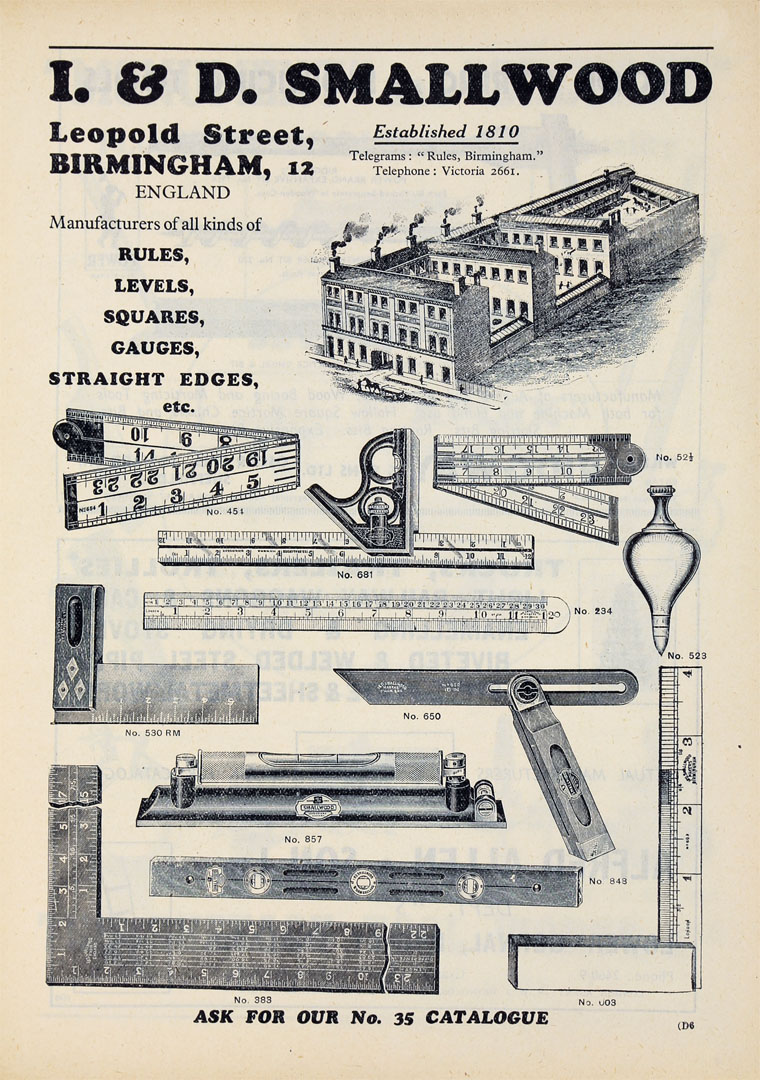 The 'I' is for Josiah Smallwood and the 'D' for Daniel Smallwood, his brother.

By 1841 the business had moved to New John Street and was incorporated as Iron Square and Skates Co.

1860 In Ryland Street and Darwin Street.

1951 Registered as I & D Smallwood to take over the partnership of Frederick William Smallwood and Oliver Daniel Smallwood, who had been trading as I and D Smallwood.