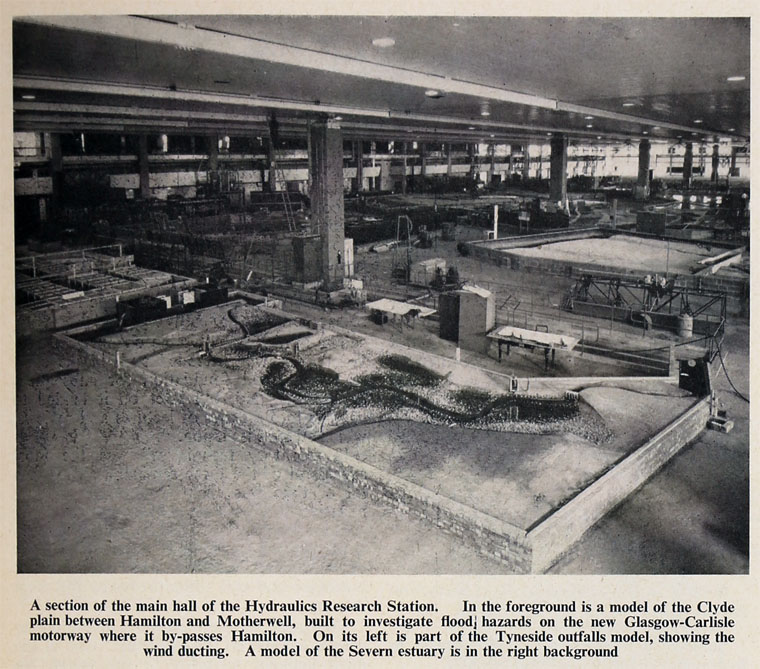 1945 The Institution of Civil Engineers submitted a proposal to the Department of Scientific and Industrial Research on the need for a hydraulics research station in the UK.

1947 Department of Scientific and Industrial Research (DSIR) formed the Hydraulic Research Organisation working at the National Physical Laboratory under Sir Claude Inglis CIE, MICE, as Director of Hydraulics Research; Inglis was a leading authority on hydraulics and had for many years been in charge of the Indian Waterways experimental station at Poona in India; early work was on modelling of the Thames Estuary.

1951 The Hydraulics Research Station was established at Wallingford.

1968 After the flood in Somerset the activity of the Hydrological Research Unit increased and the unit was moved to Crowmarsh Gifford as the Institute of Hydrology (now the Centre for Ecology and Hydrology).