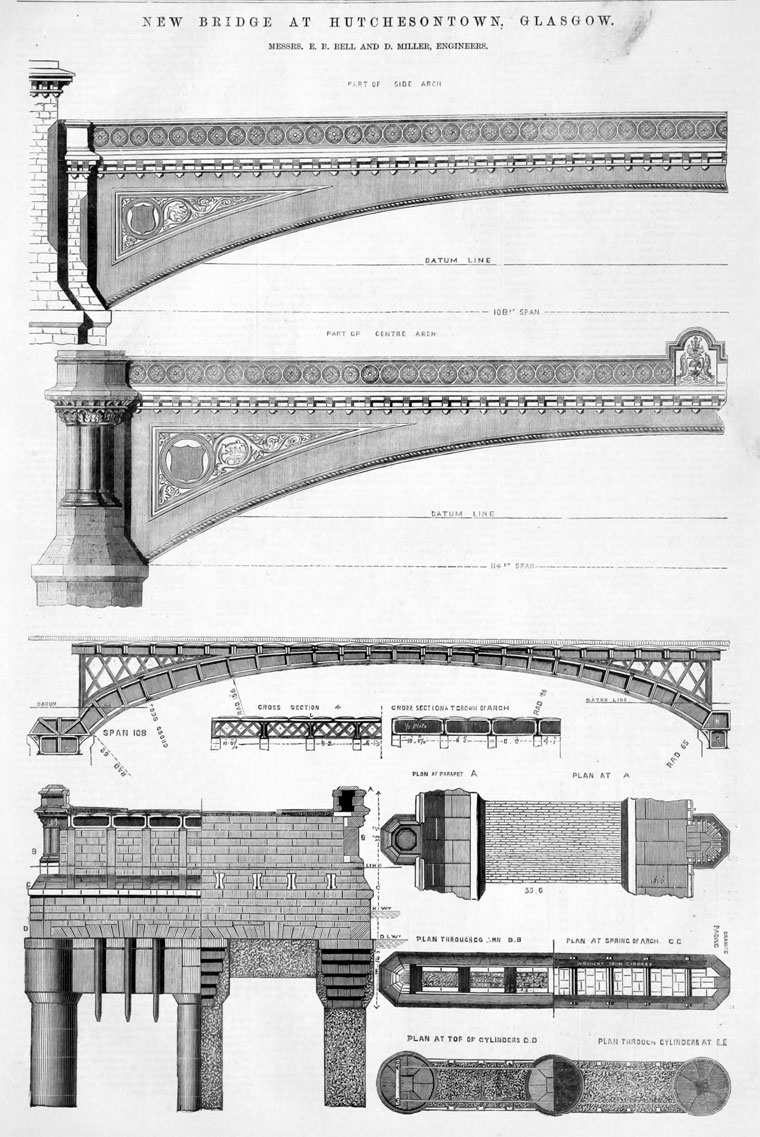 1794 The first bridge on the site — known as the Hutchesontown Bridge — was begun. It was 122m long and 7.9m wide between parapets, with five stone arches, and cost £6,000. It was built by John Roberton (or Robertson), a mason from Pollockshaws, and funded partly by patrons of Hutcheson's Hospital. The structure was almost completed when it was destroyed by a flood on 18th November 1795.

1803 The second structure was an elegant timber footbridge erected just upstream in 1803. It cost £1,200 and was designed by Peter Nicholson as “one grand sweep” of 104m with eight supporting piers but it proved to be too small for the numbers wanting to cross.

1829 the foundation stone of a five span sandstone masonry bridge designed by Robert Stevenson (1772-1850) was laid.

1845 The rebuilding of the Stockwell-street bridge (or the Victoria Bridge, as it became known) was rendered imperative by the disrepair of the old structure. Accordingly a Bill was introduced into Parliament to obtain the necessary powers, and to move the weir at this site further upstream, to a site about 140 yards above the Hutchesontown Bridge, which spanned the Clyde at the foot of the Saltmarket.

1867 A new bridge was built across the Clyde, designed by Messrs Bell and Miller, to replace the bridge that had previously been in the position leading to Hutchesontown.