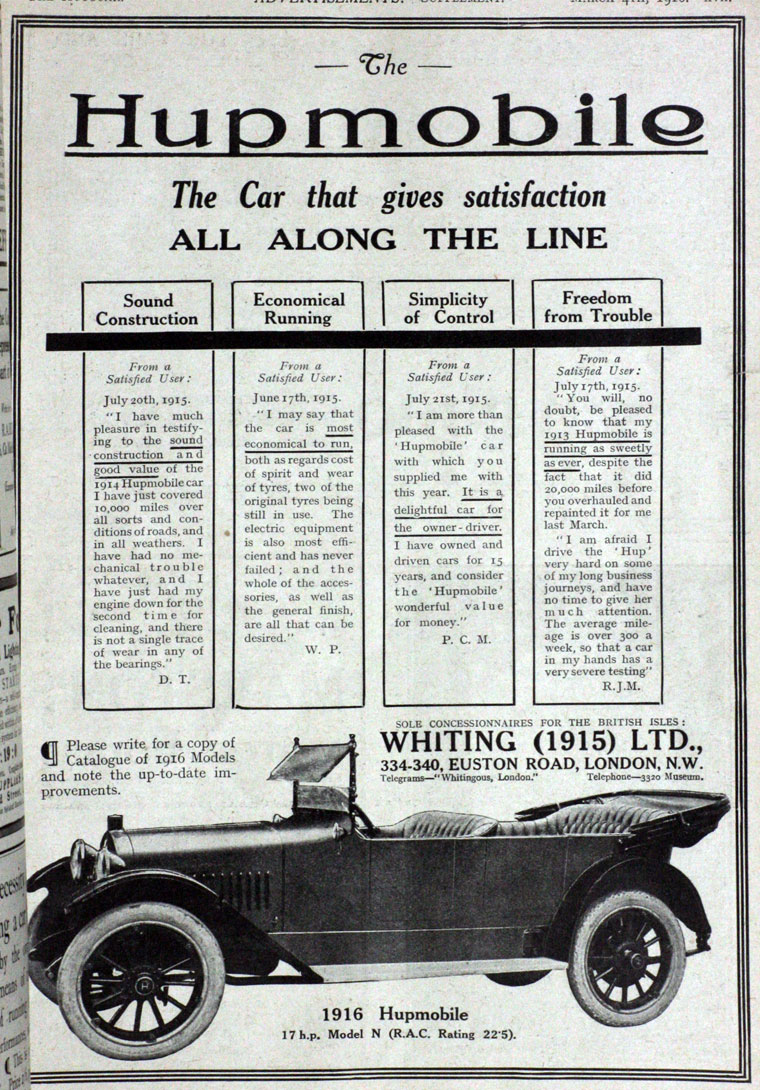 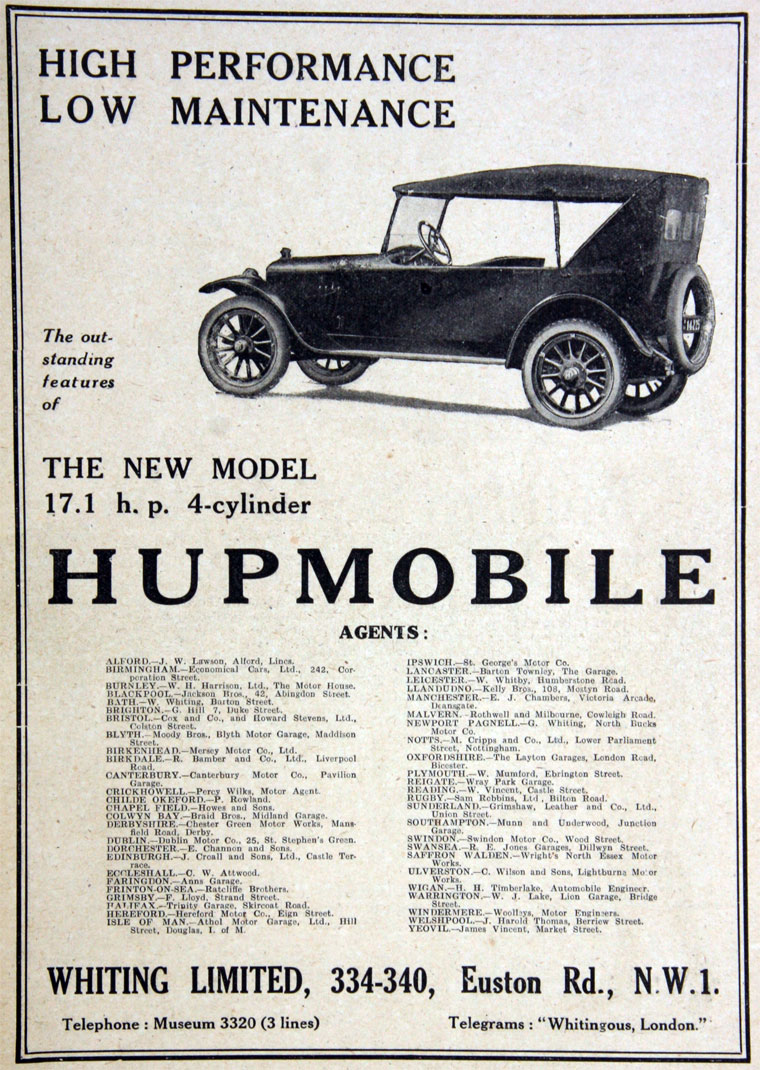 The Hupmobile was an automobile built from 1909 through 1940 by the Hupp Motor Company of Detroit, Michigan, which was located at 345 Belleview Avenue. Their first car, the Model 20, was introduced to the public at the Detroit Auto Show in February 1909. The company initially produced 500 vehicles.

Robert Craig Hupp, a former employee of Oldsmobile and Ford founded the company with his brother Louis in 1908. Production began in 1909. In 1910, production increased by more than 5000. Following disagreements with his financial backers Hupp sold his stock in the Hupp Motor Car Company and established the short-lived RCH Automobile Company.

Hupp Motor Company, however, continued to grow after its founder had left. A new plant was purchased in 1924 as Hupp competed strongly against Ford and Chevrolet and by 1928 sales had reached over 65,000 units. To increase production and handle the growth in sales, Hupp purchased the Chandler-Cleveland Motors Corporation (Chandler Motor Car) for its manufacturing facilities.