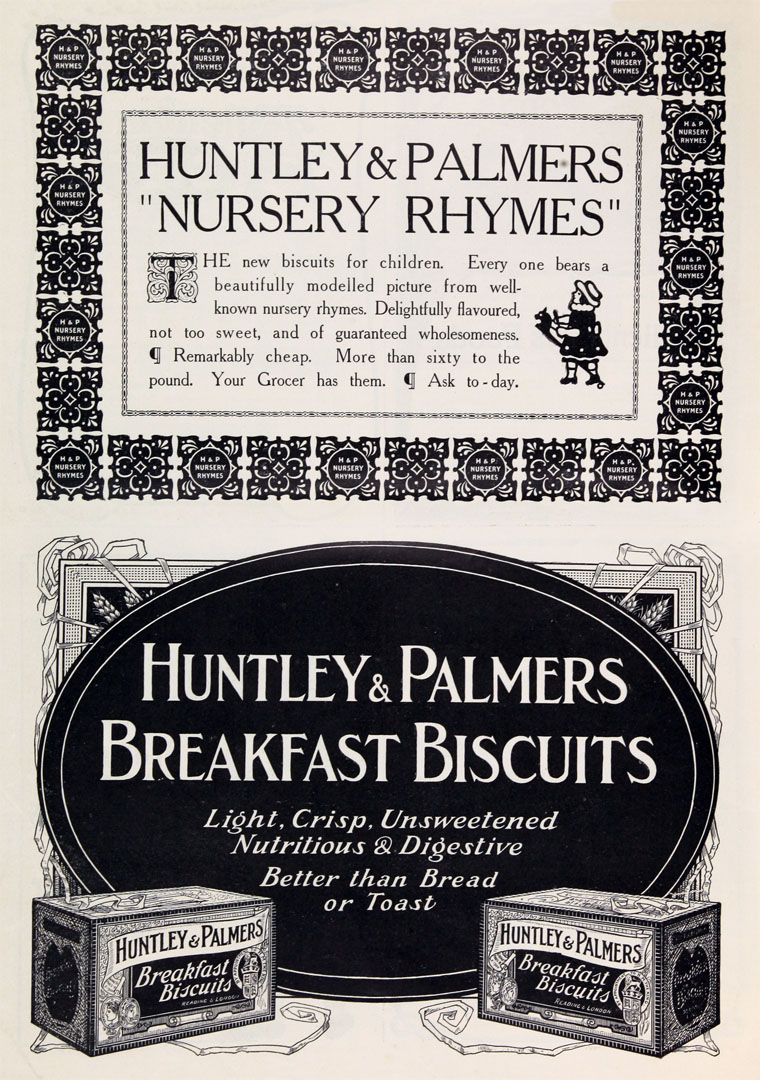 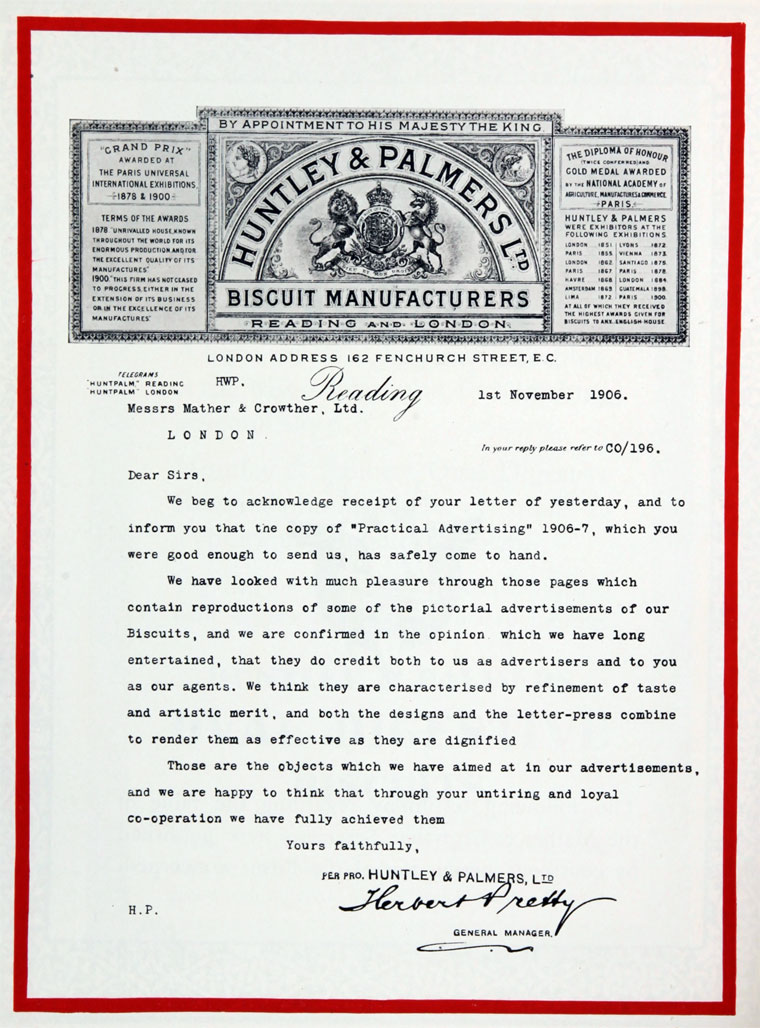 1910.Letter to Mather and Crowther 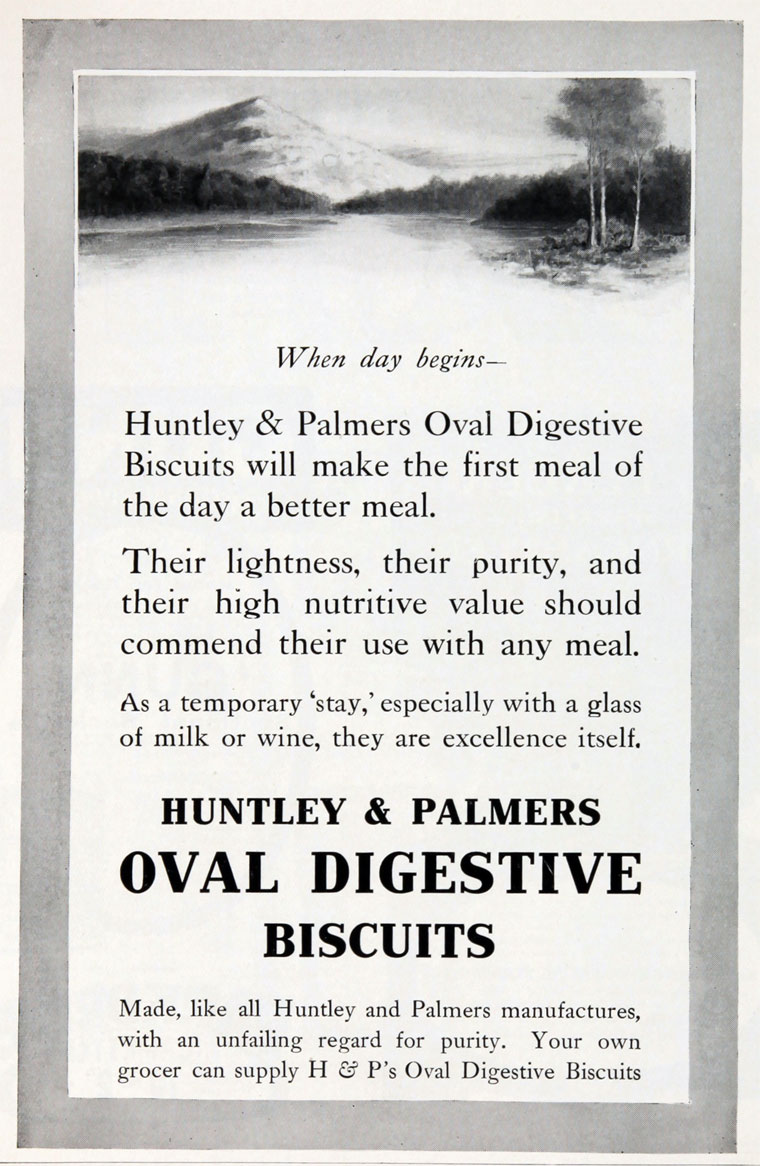 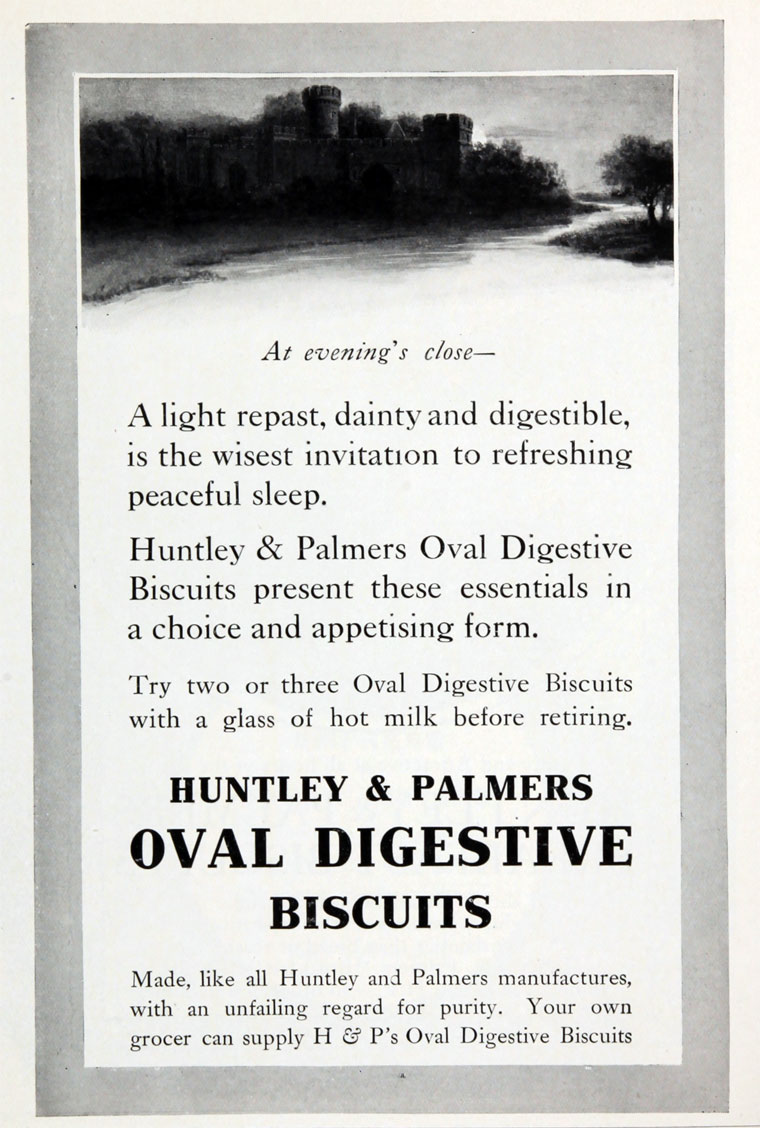 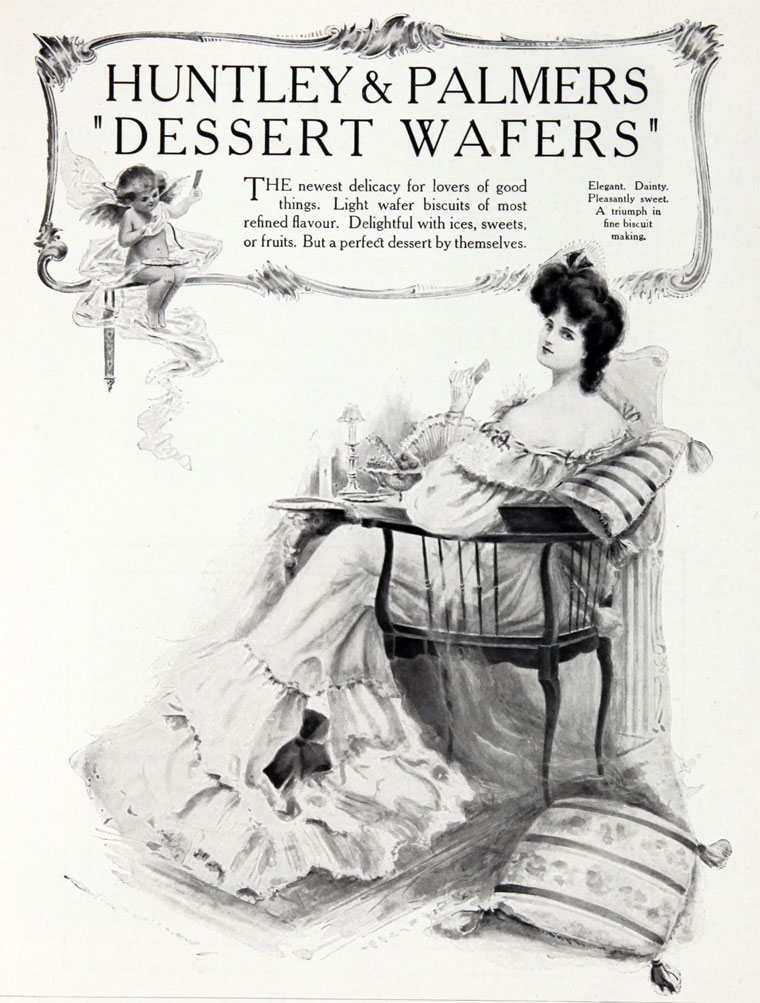 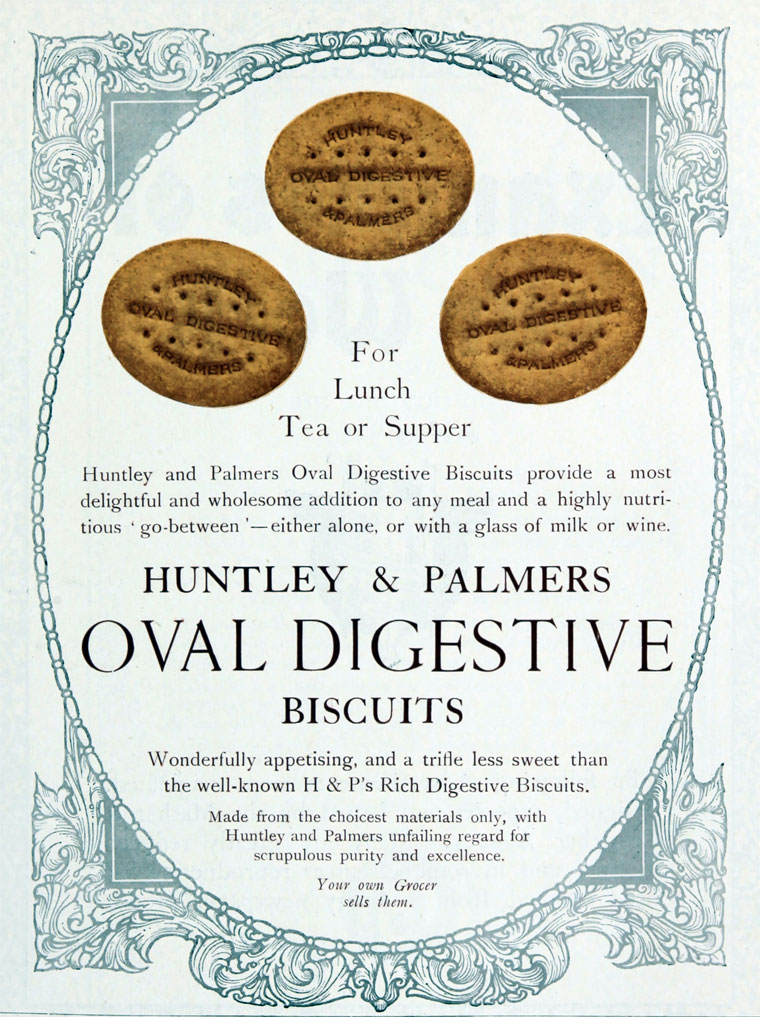 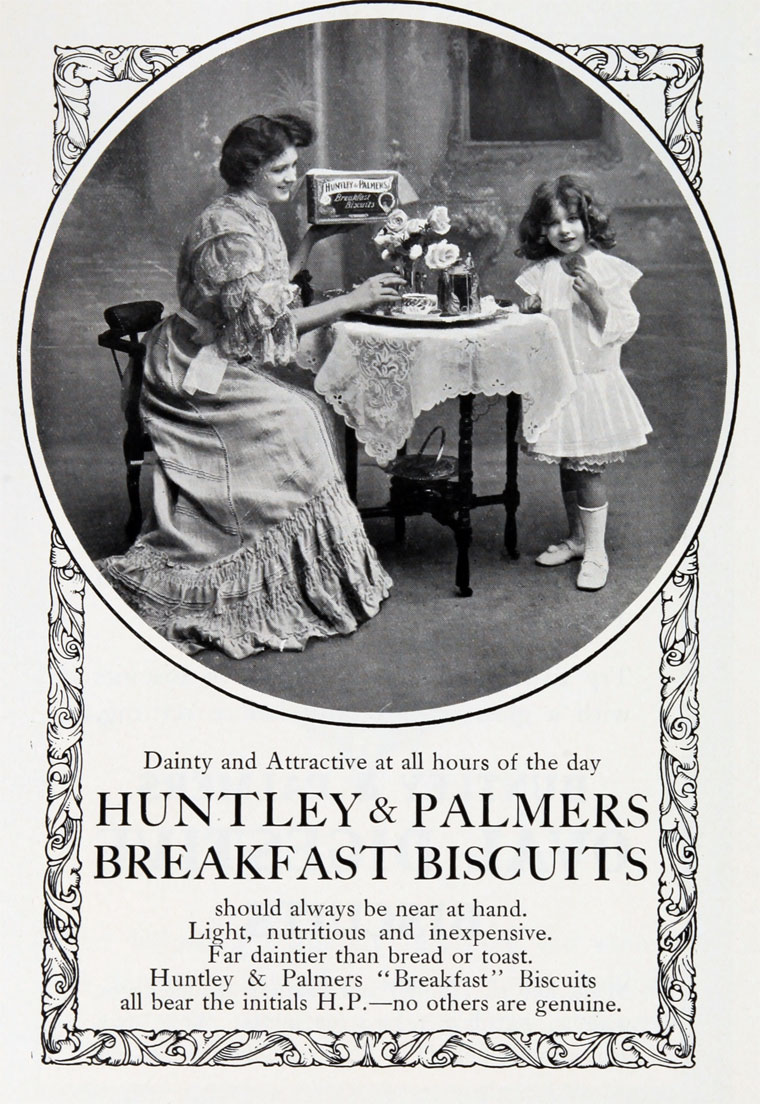 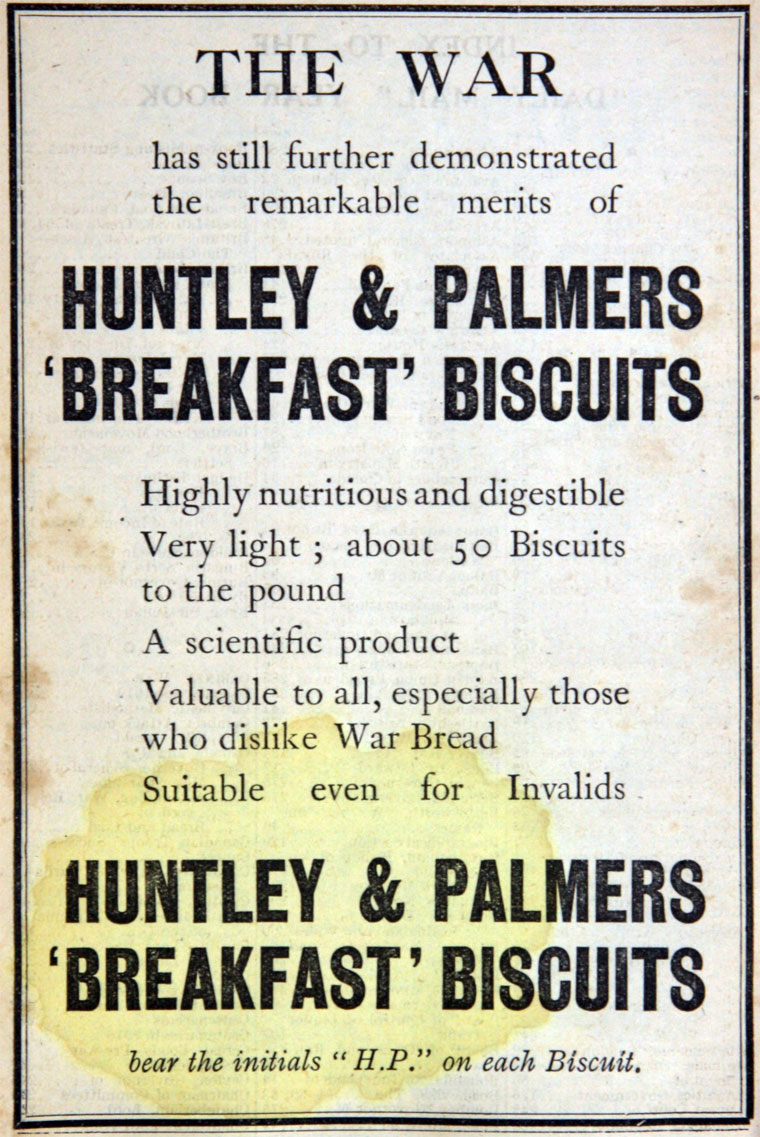 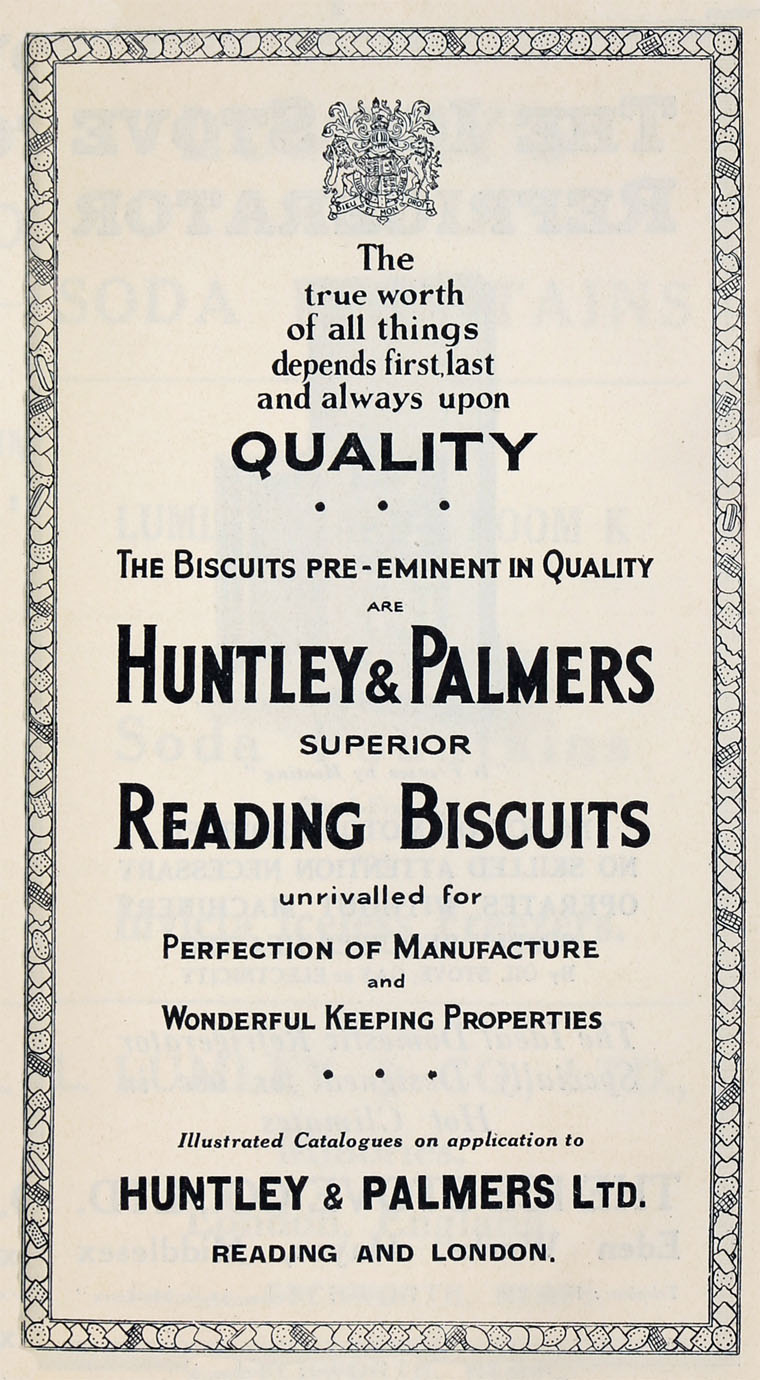 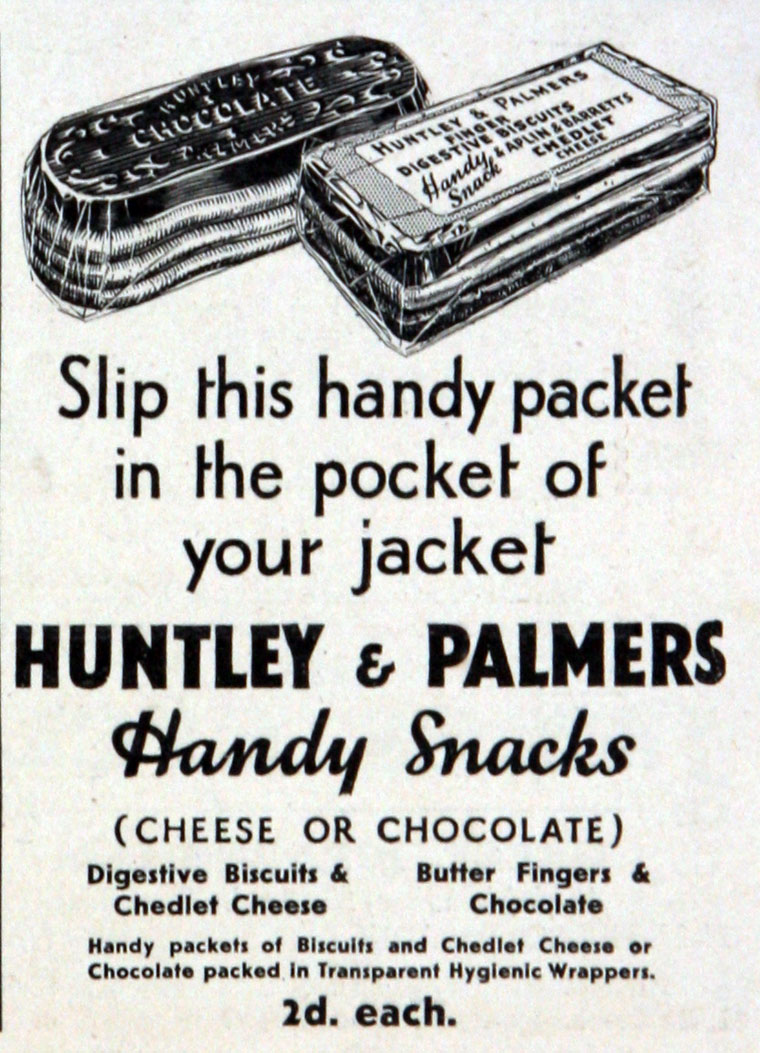 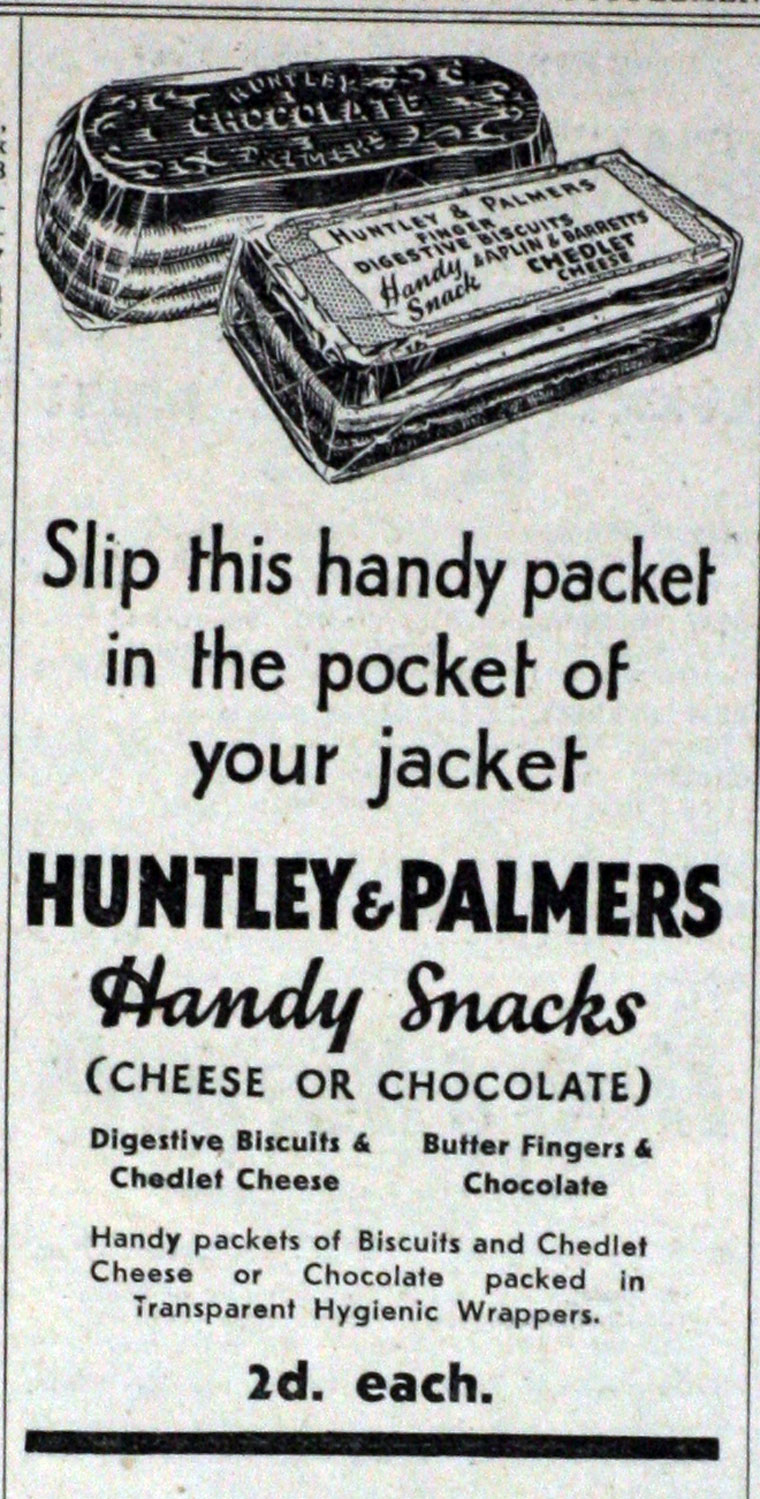 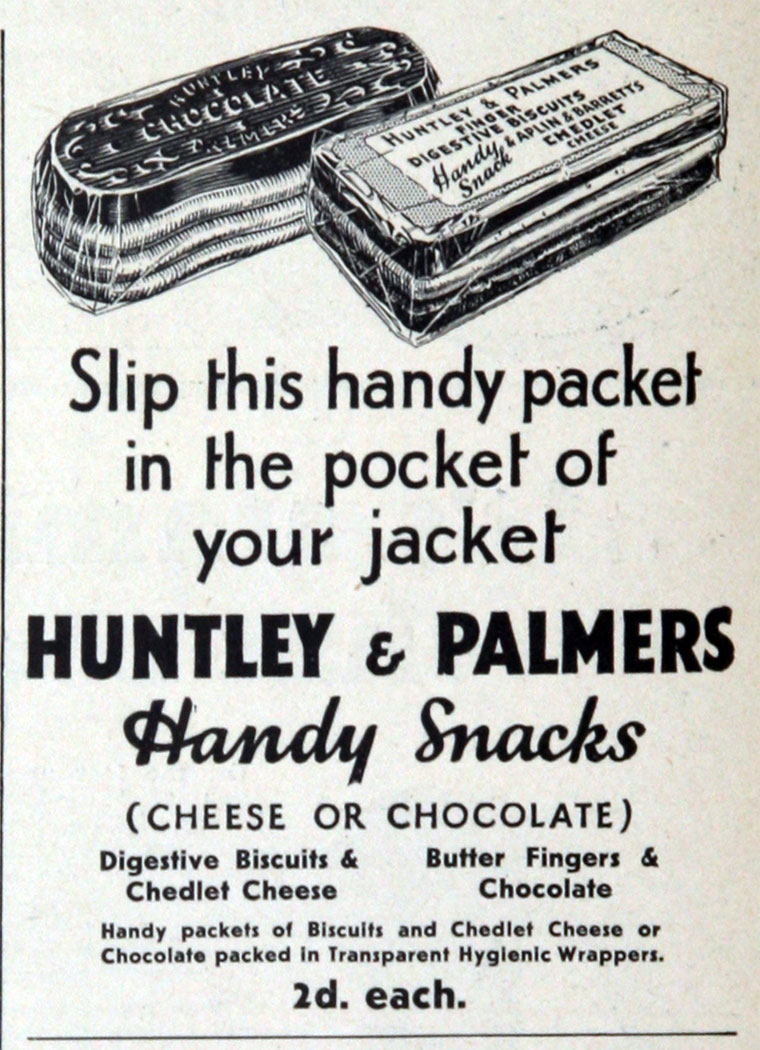 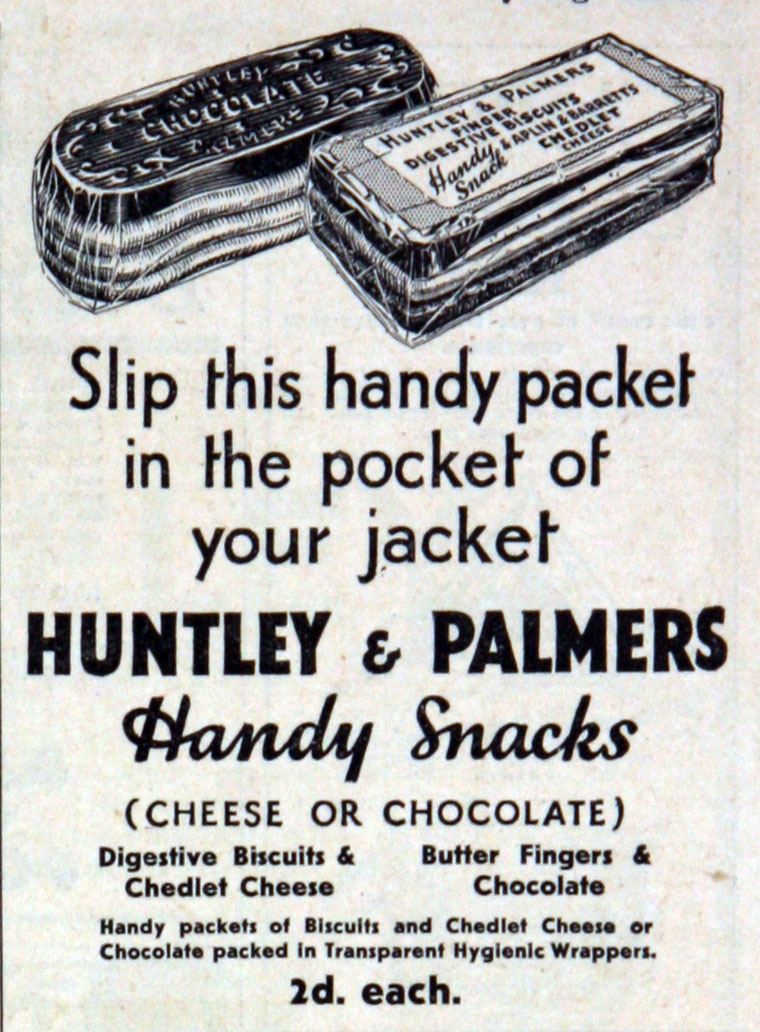 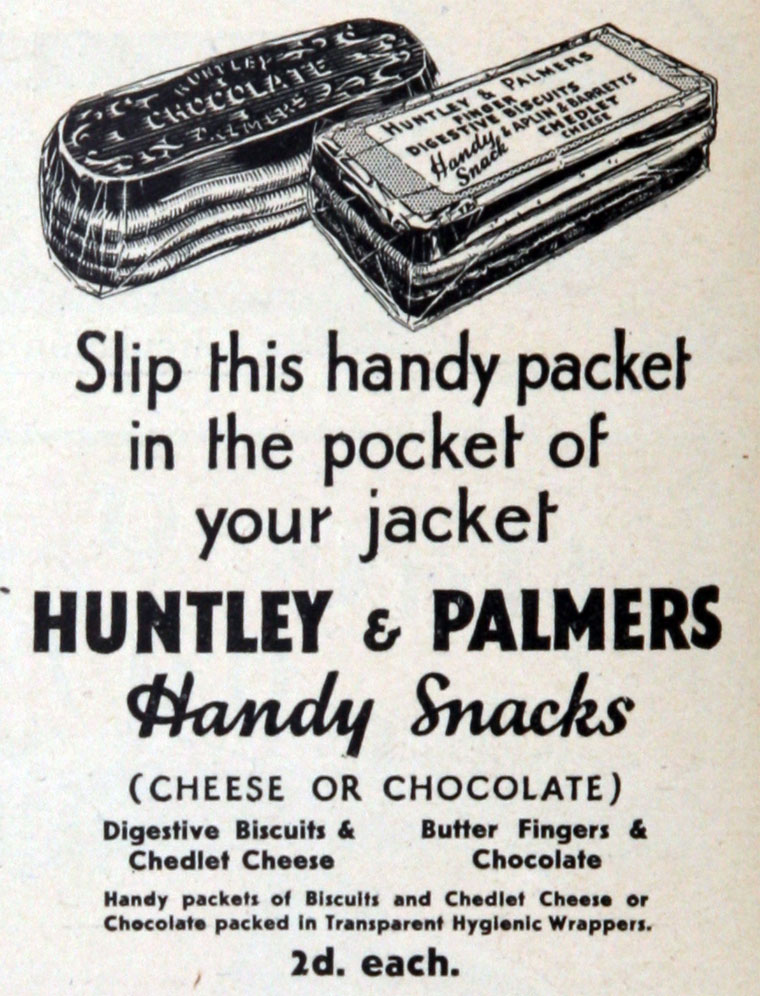 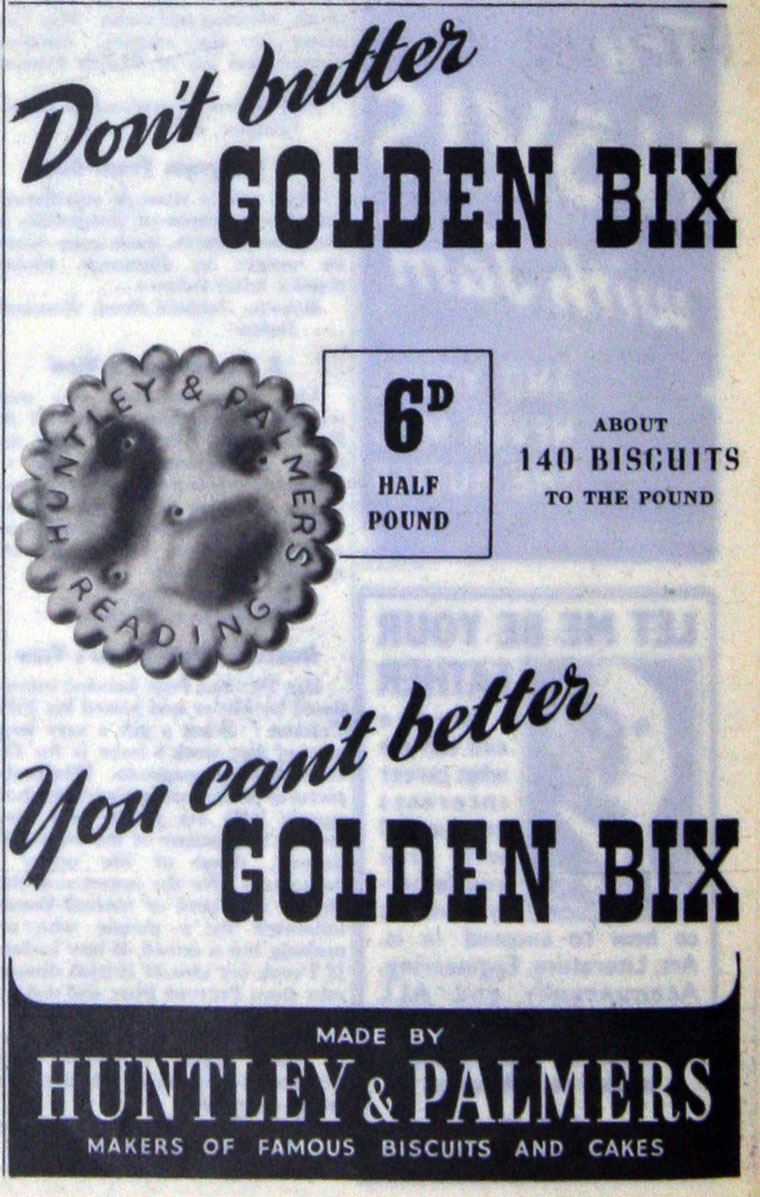 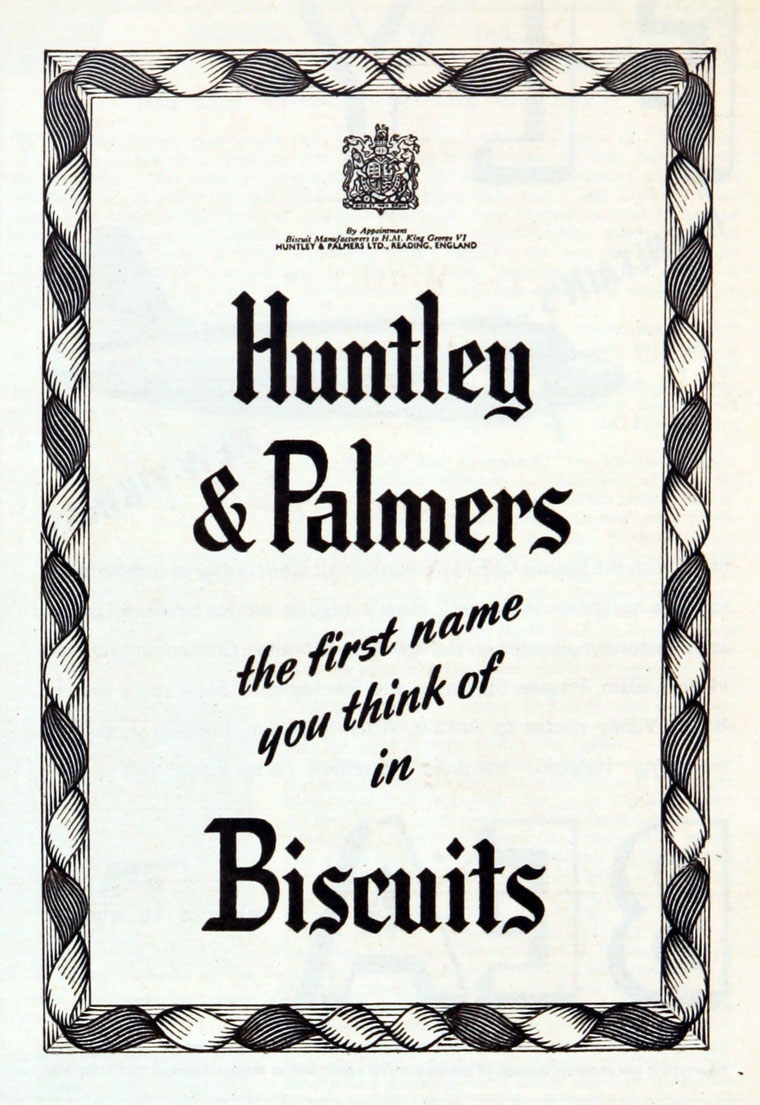 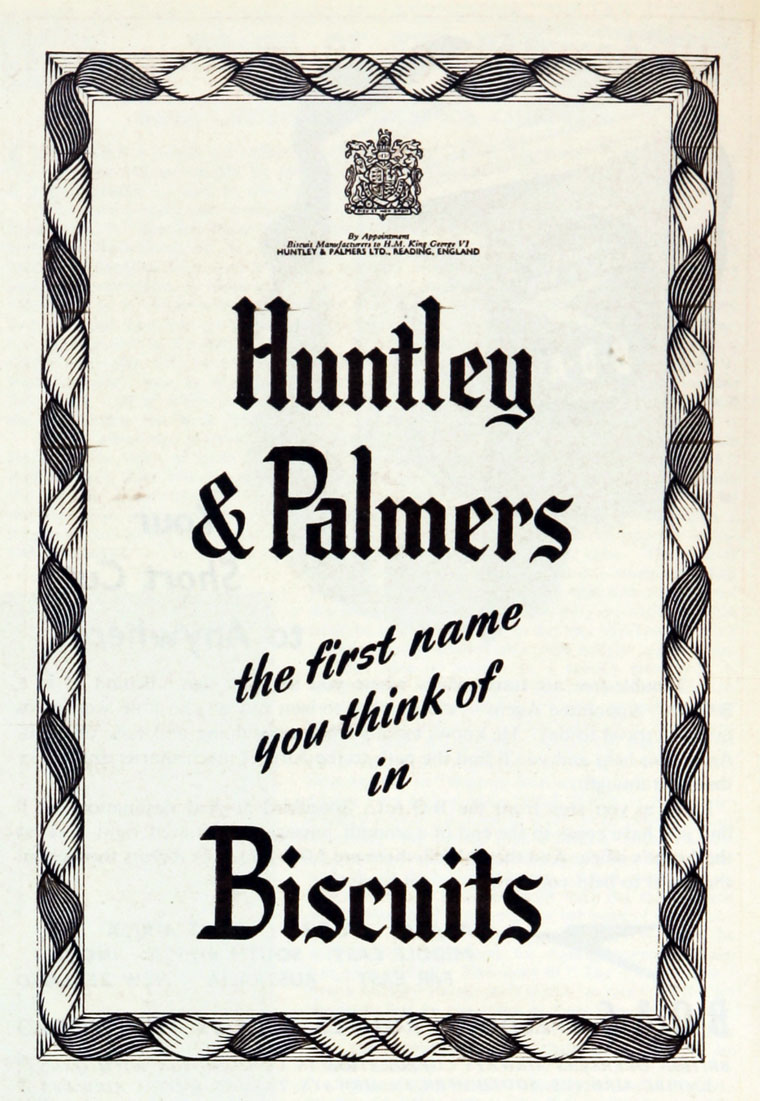 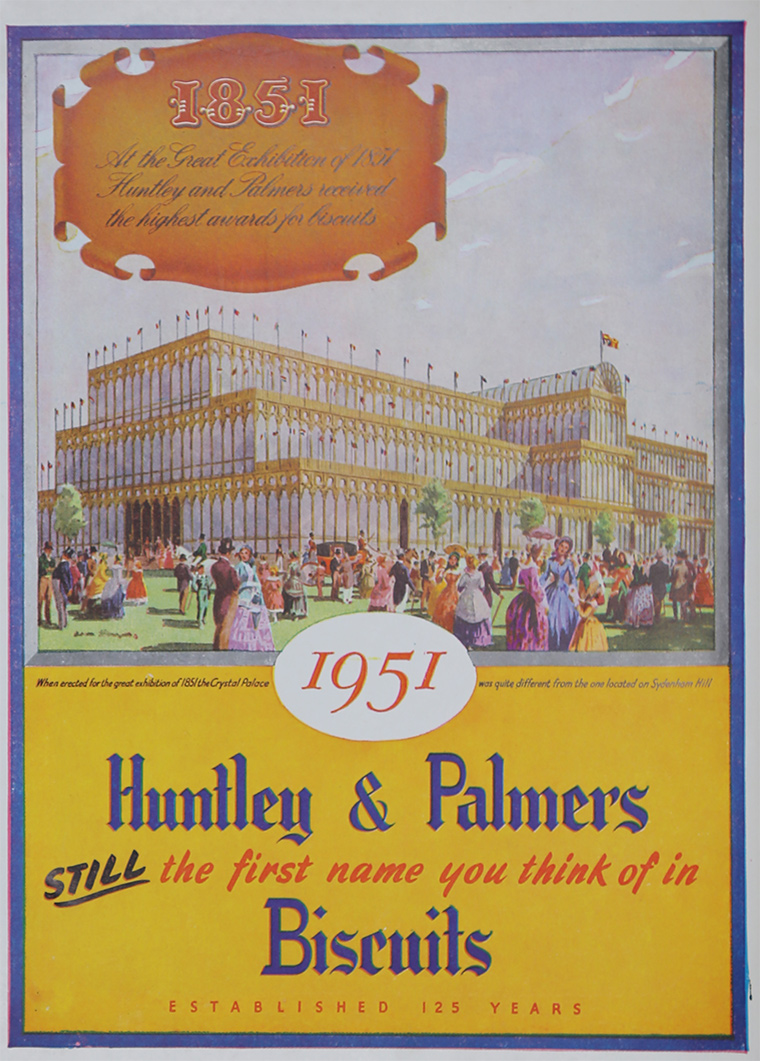 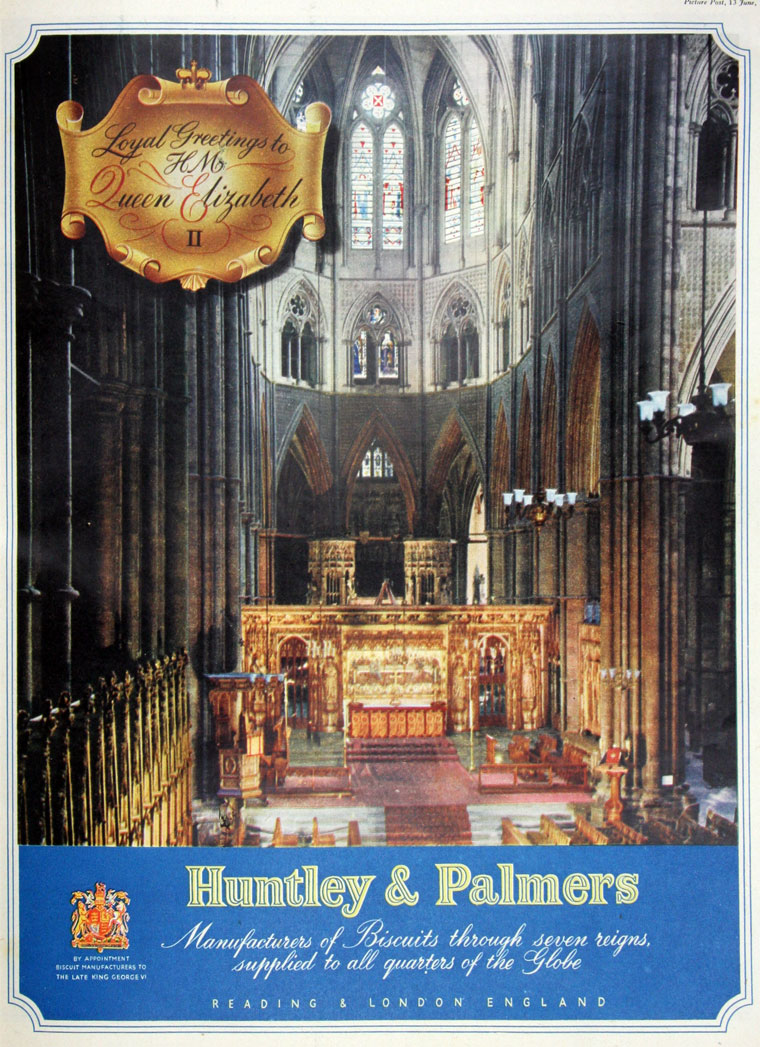 The company created one of the World's first global brands and ran what was once the world’s largest biscuit factory. Over the years, the company was also known as J. Huntley and Son and Huntley and Palmer.

1822 The J. Huntley and Son biscuit bakery opened by Joseph Huntley at number 72 London Street. Initially the business was a small biscuit baker and confectioner shop. At the time, London Street was the main stage coach route from London to Bristol, Bath and the West Country. One of the main calling points of the stage coaches was the Crown Inn, opposite Joseph Huntley's shop and he started selling his biscuits to the travellers on the coaches. Because the biscuits were vulnerable to breakage on the coach journey, he started putting them in a metal tin. Out of this innovation grew two businesses: Joseph's biscuit shop that was to become Huntley and Palmers, and Huntley Boorne and Stevens, a firm of biscuit tin manufacturers founded by his younger son, also called Joseph. Joseph Huntley ran the business, while his son Thomas, who had completed a two-year apprenticeship at a bakery, made the biscuits.

1838 Joseph Huntley was forced by ill-health to retire, handing control of the business to his older son Thomas Huntley

1841 George Palmer became Thomas Huntley's partner. He was a distant cousin and a fellow Quaker. The business was renamed Huntley and Palmer. George Palmer soon became the chief force behind its success, establishing sales agents across the country.

1842 Eight agents were appointed across the country to sell Huntley and Palmer biscuits. George Palmer was ambitious and wanted to expand the business rapidly.

1846 The company soon outgrew its original shop and moved to a factory on King’s Road, near the Great Western Railway. The factory had an internal railway system with its own locomotives and one of these has been preserved. It is currently stored on the Cholsey and Wallingford Railway but there are plans to return it to Reading during 2007 and put it on public display. The new factory was in a former silk works and employed 41 men and boys.

1857 Thomas Huntley died, but George Palmer continued to direct the firm successfully aided by his brothers, William Isaac Palmer and Samuel Palmer, and subsequently by his sons, as heads of the company. The business was renamed Huntley and Palmers.

1865 They became biscuit makers to the British Royal Family and expanded into the European continent. Joseph Leete became the continental representative.

1867 Huntley and Palmers received Royal Warrants from Leopold II of Belgium and Napoleon III of France. At their height they employed over 5,000 people.

1872 Description of their factory in The Engineer [1]

1878 Huntley and Palmers was awarded a first prize at the Paris Exhibition.

1900 The company won two first prizes at Paris Exhibition. They were the world's largest biscuit firm, employing 5,000 people. The origins of the firm's success lay in a number of areas.

1903 They provided a wide variety of popular products, producing 400 different varieties by 1903, and mass production enabled them to price their products keenly. Another important part of their success was their ability to send biscuits all over the world, perfectly preserved in locally-produced, elaborately decorated, and highly collectable biscuit tins. The tins proved to be a powerful marketing tool, and under their easily-recognizable image Huntley and Palmers biscuits came to symbolise the commercial power and reach of the British Empire in the same way that Coca Cola did for the United States. The tins found their way as far abroad as the heart of Africa and the mountains of Tibet.

1911 Huntley and Palmers provided ordinary and specially made emergency biscuits to the ill-fated British Antarctic Expedition to the South Pole, led by Captain Scott.

WWI. Huntley and Palmers made army biscuits and artillery shell cases during the war, from 1914 to 1918.

1923 Huntley and Palmers opened a new factory at La Courneuve, near Paris.

1924-5 The company exhibited at the British Empire Exhibition at Wembley, in London.

1926 Edward, Prince of Wales, visited the Huntley and Palmers factory in Reading.

1929 Advert for Superior 'Reading Biscuits'. Manufacturers of Biscuits and Cakes. Huntley and Palmers' products are known throughout the World for their quality. Biscuits and Cakes supplied in soldered airtight tins for distant markets a speciality. (Foodstuffs etc. Section - Stand Nos. L.62 and L.64) [3]

1939-45 Huntley and Palmers made army biscuits during World War II.

1969 Biscuit production of Huntley and Palmers, Peek Frean and Jacob's was reorganised as Associated Biscuits Ltd.

1989 Nabisco sold its UK biscuit companies including Huntley and Palmers, Peek Frean and Jacob's to BSN/Danone, a French food group.