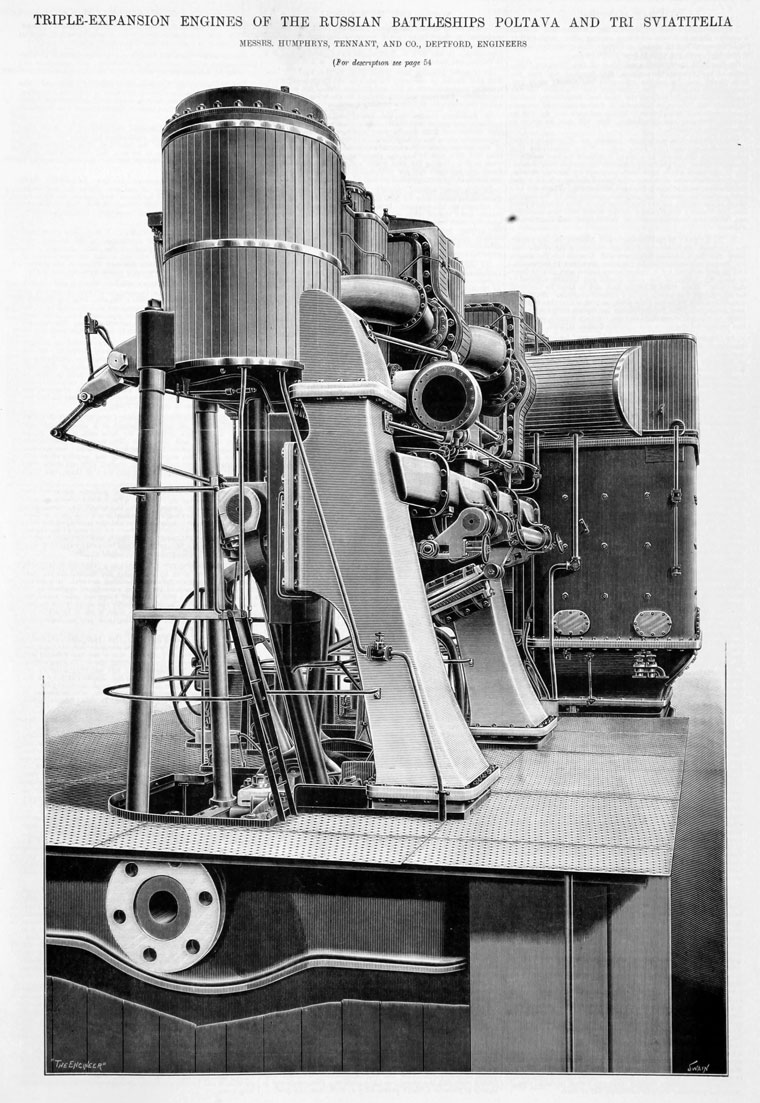 1899. Engines for the Royal Yacht Victoria and Albert.

Humphrys, Tennant and Co of Deptford were makers of steam engines and stationary engines. [1]

1860 The SS Mooltan was built for Peninsular and Oriental Steam Navigation Co by Thames Ironworks and Shipbuilding Co with superheated compound engine by Humphrys, Tennant and Co[2].

Robert Humphrys, son of the founder of the company Edward Humphrys, joined the company and soon took responsibility for the contracts for marine machinery[4].

Supplied engines for many of the vessels built by Armstrong, Mitchell and Co[6].

1899 Engines for The Royal Yacht Victoria and Albert

1907 Humphrys, Tennant and Co announced the closure of the works at Deptford Pier, blaming this on the higher wages that had to be paid in the London area, the higher cost of coal and materials, and the much higher rates in London, especially the rating of machinery[11]