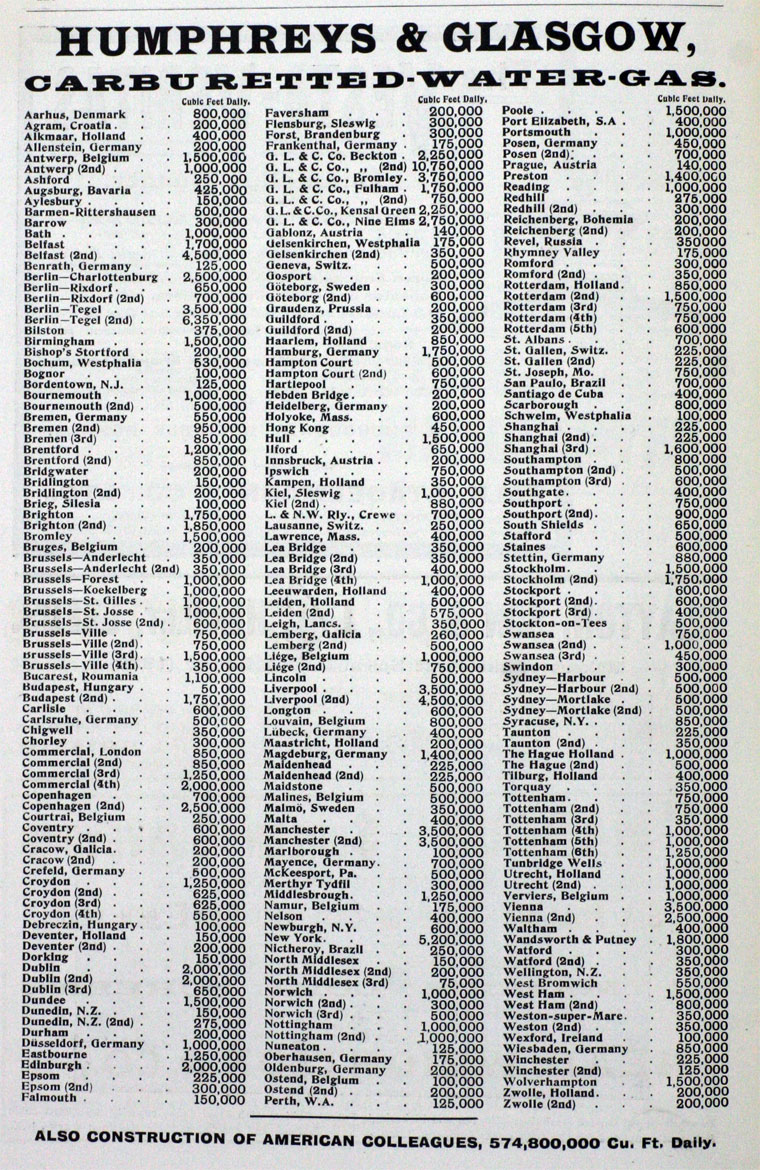 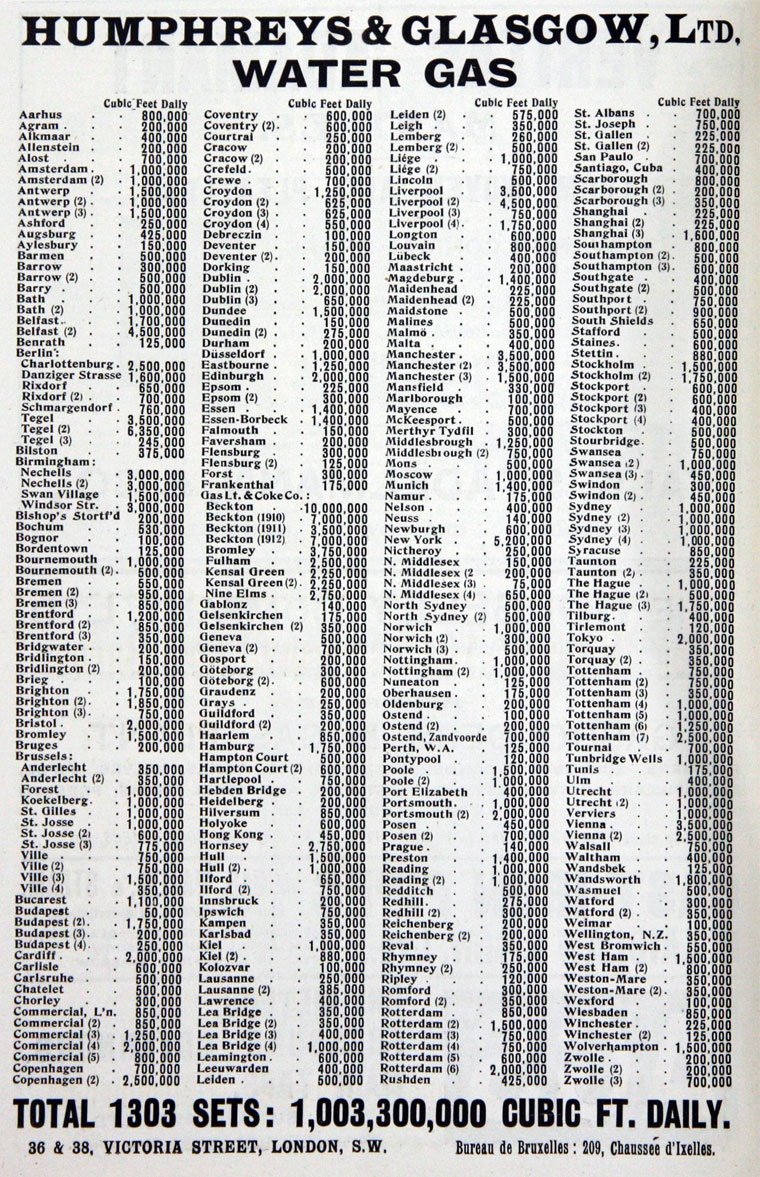 1892 Alexander Crombie Humphreys and Arthur G. Glasgow established the firm in London for the erection of water-gas plants and apparatus.

1894 Humphreys, who had been working for the United Gas Improvement Co. in Philadelphia, resigned to became the head of Humphreys & Glasgow, New York.

1909 the New York firm was incorporated

1911 Alten S. Miller entered the U.S. firm; the name was changed to Humphreys & Miller, Inc. By this time Humphreys had withdrawn from partnership in the London house.

The firm had a successful career in consulting engineering; Humphreys & Glasgow gas plants have been installed all over the world.

1936 Congreve joined the board.

1939 Congreve took control of the company when his father-in-law, Dr Arthur Glasgow, retired.

1950s and 1960s: major contracts from the British Gas Board for plants producing gas from coal and oil; the firm diversified successfully into petrochemical engineering.

1970s With the discovery of North Sea oil and gas and a downturn in the chemical industry, business declined. Successful move into the offshore engineering business

1970s Worldwide recession - difficult to compete with the larger players.

1983 Congreve retired; the company was sold to a business concern based in Dallas, Texas.

Subsequently split up and resold.