Grace's Guide is the leading source of historical information on industry and manufacturing in Britain. This web publication contains 137,411 pages of information and 221,179 images on early companies, their products and the people who designed and built them. 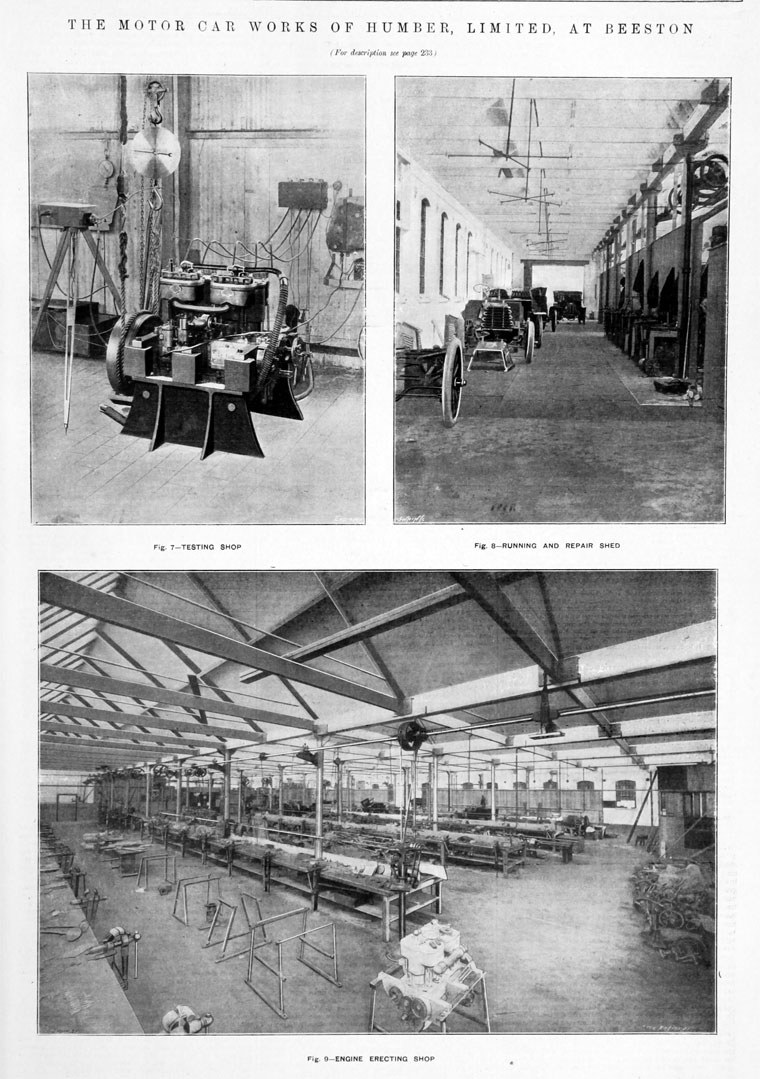 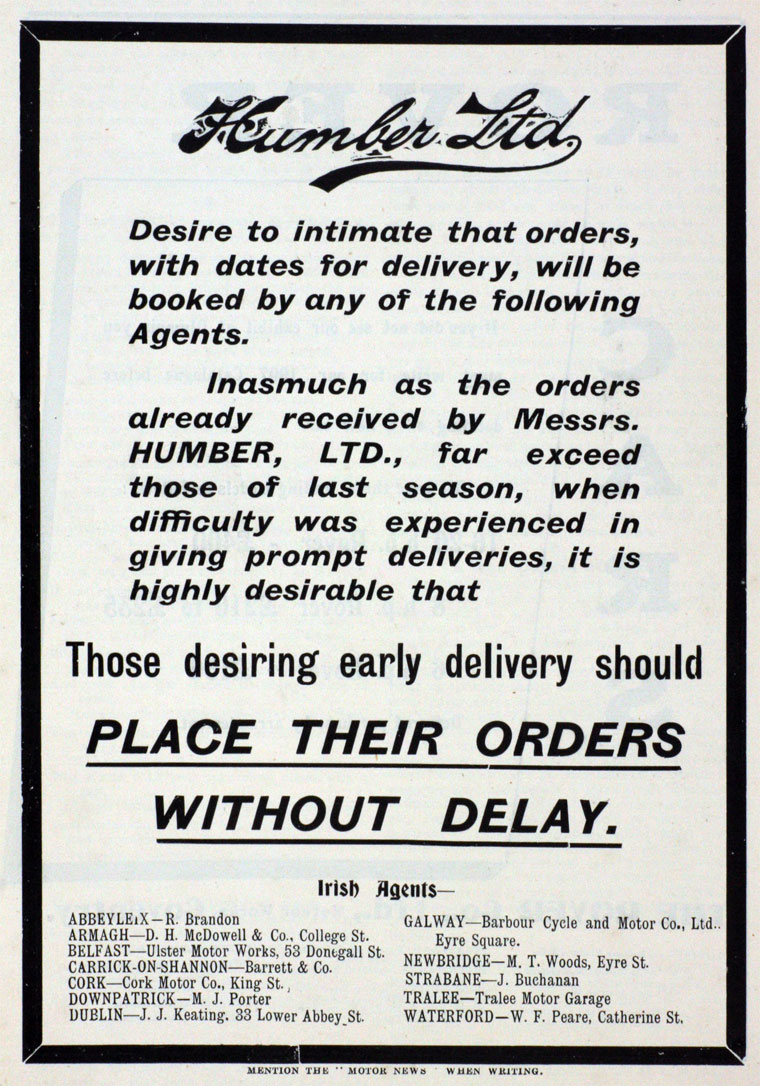 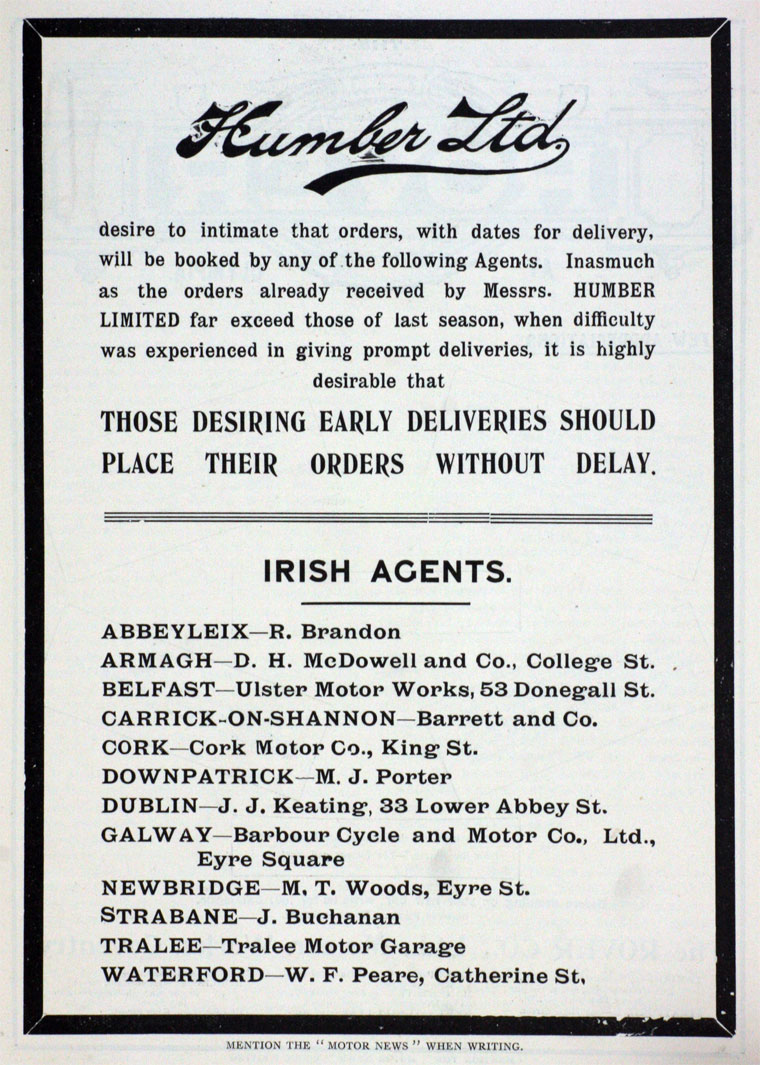 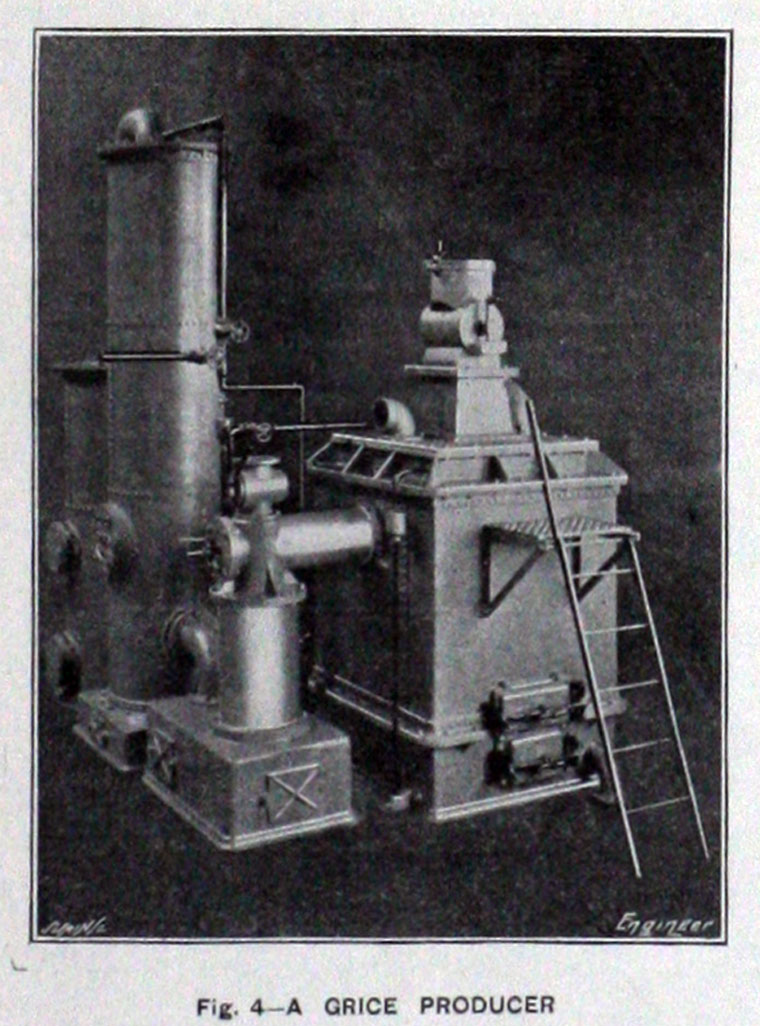 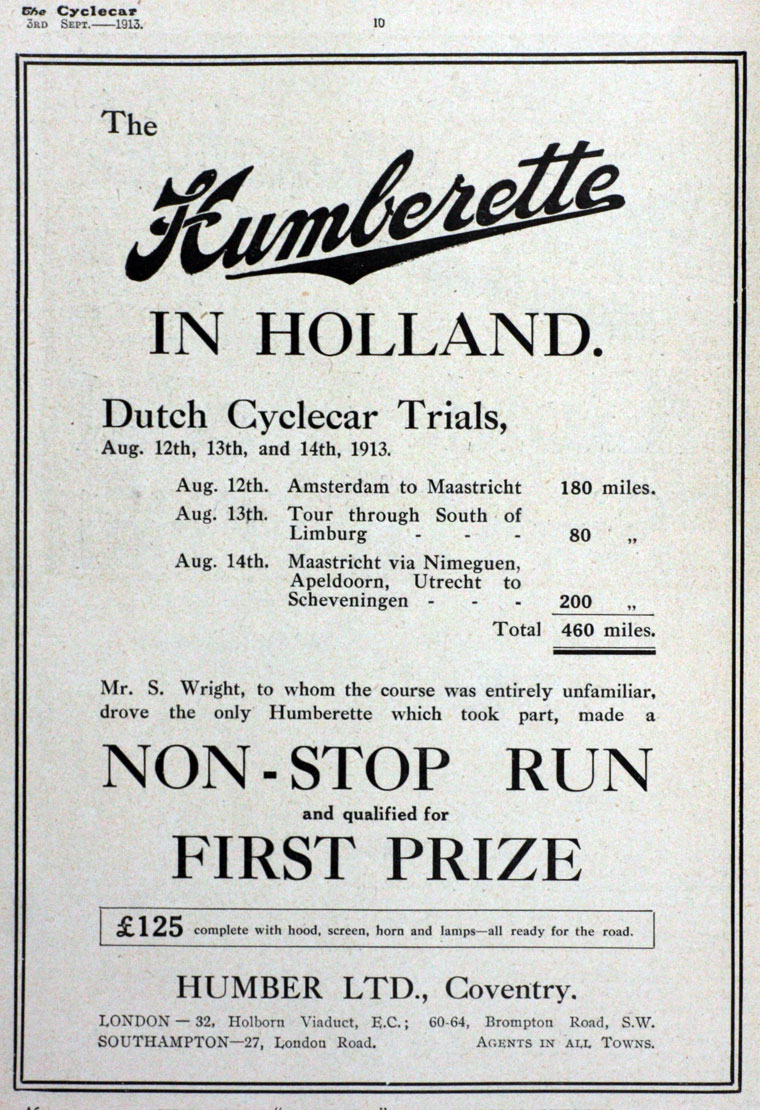 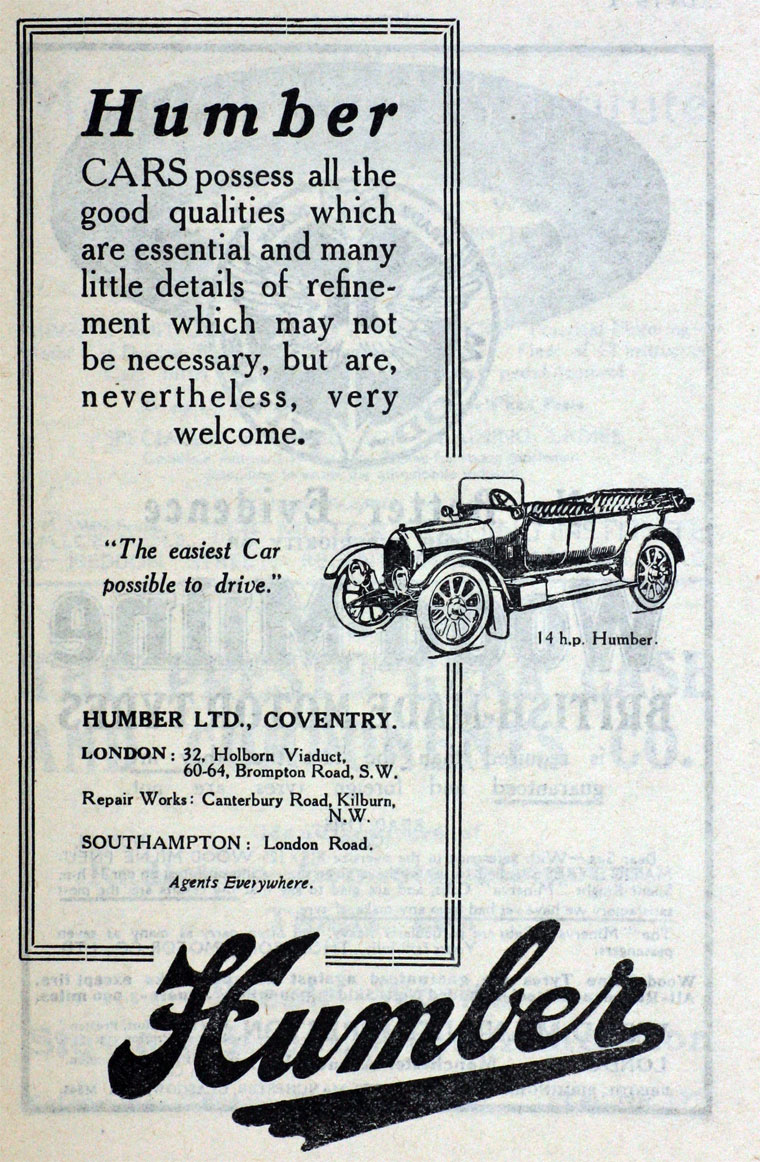 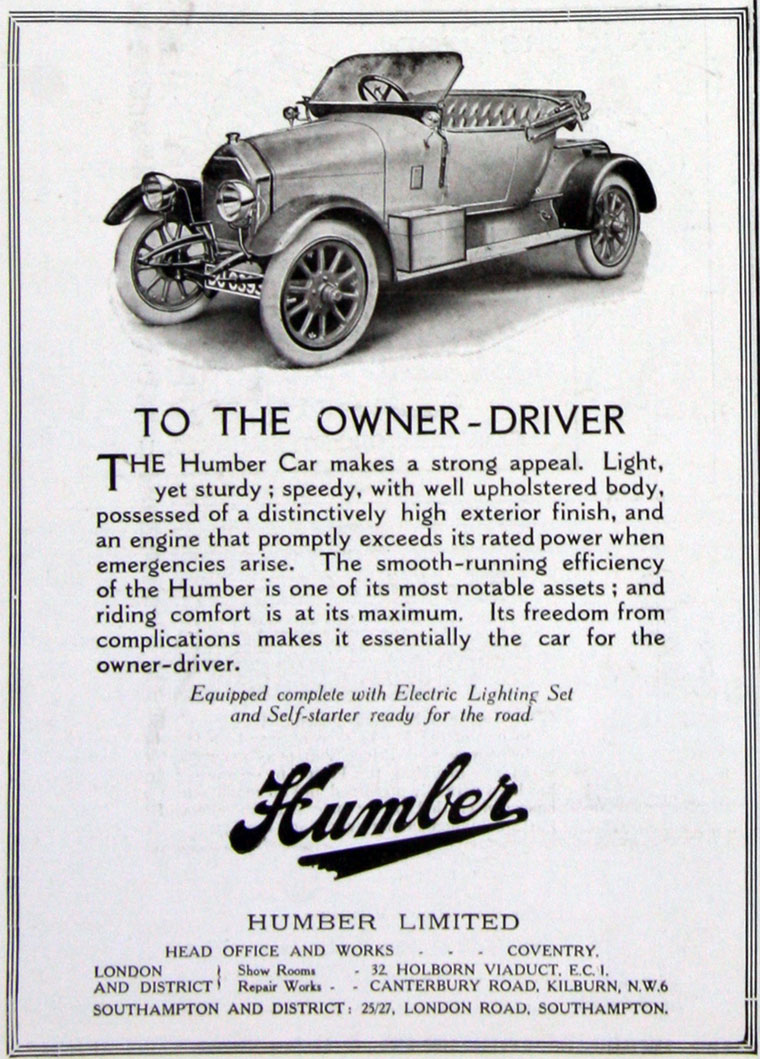 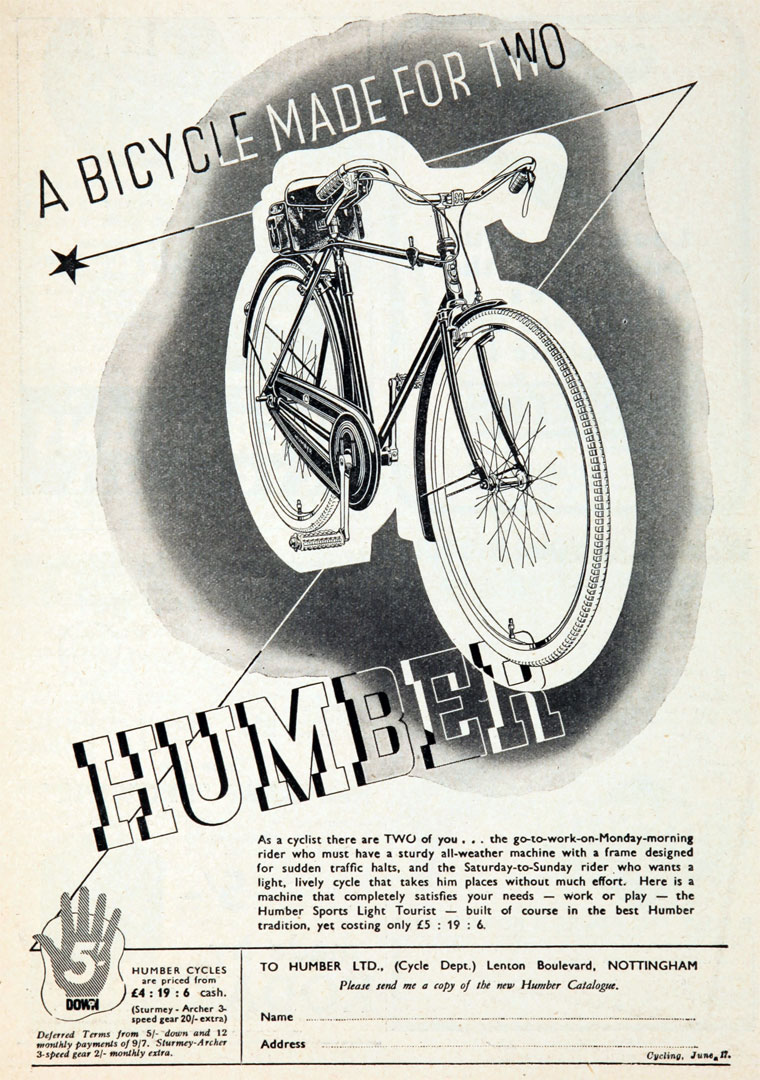 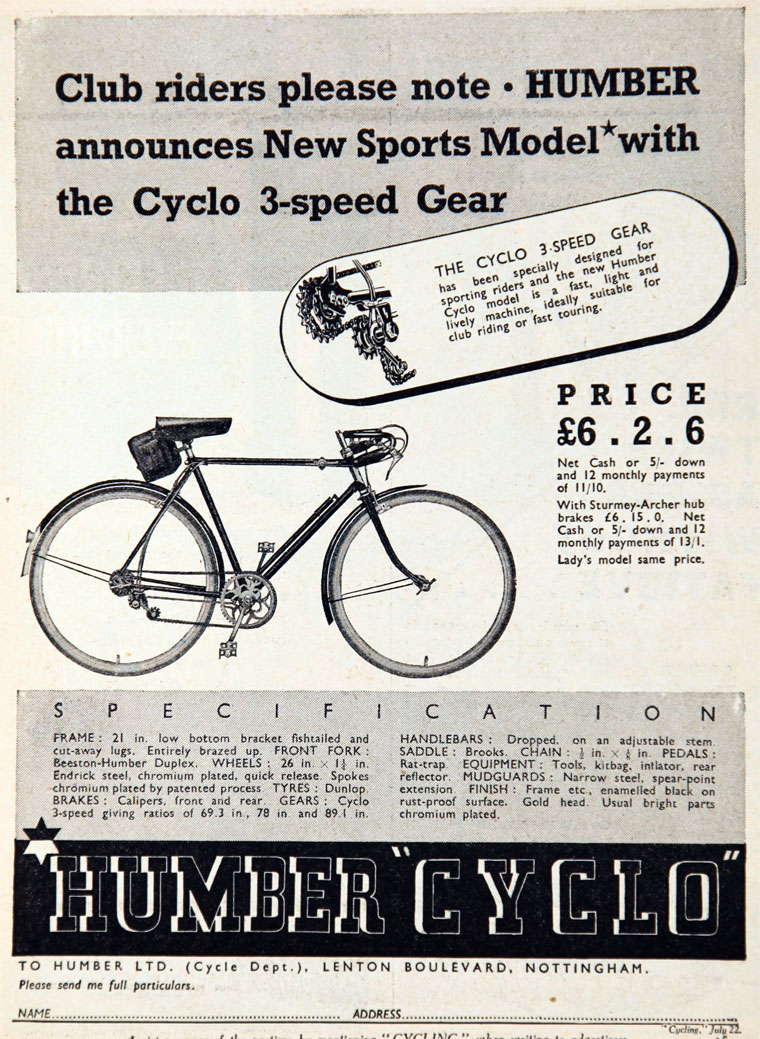 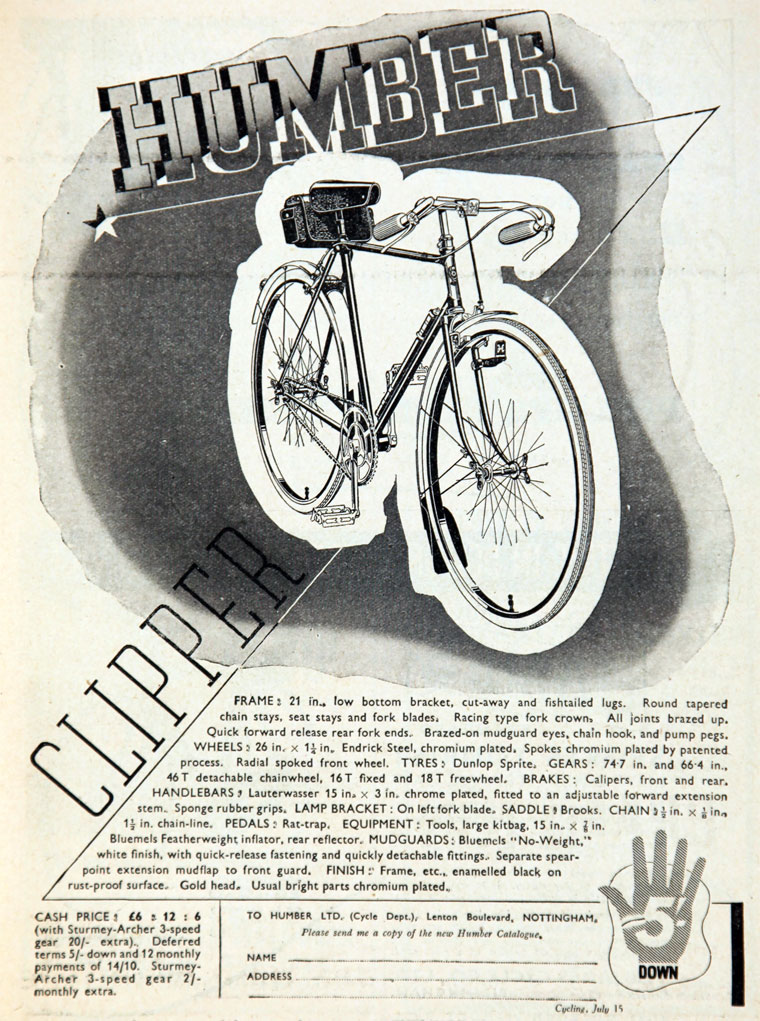 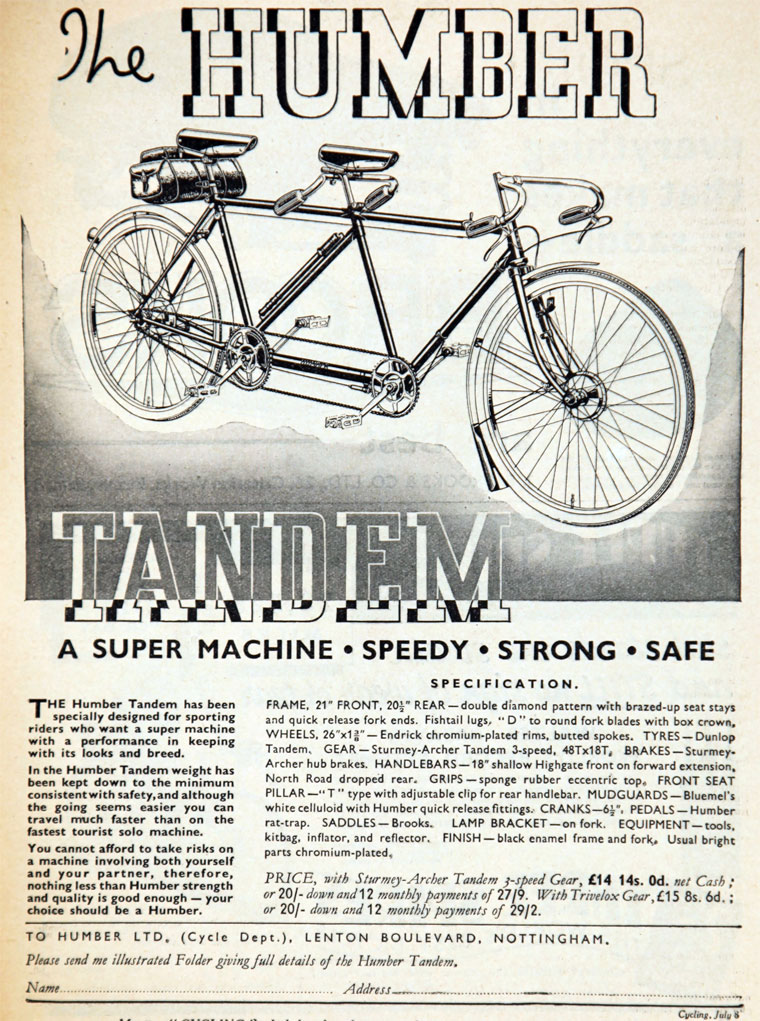 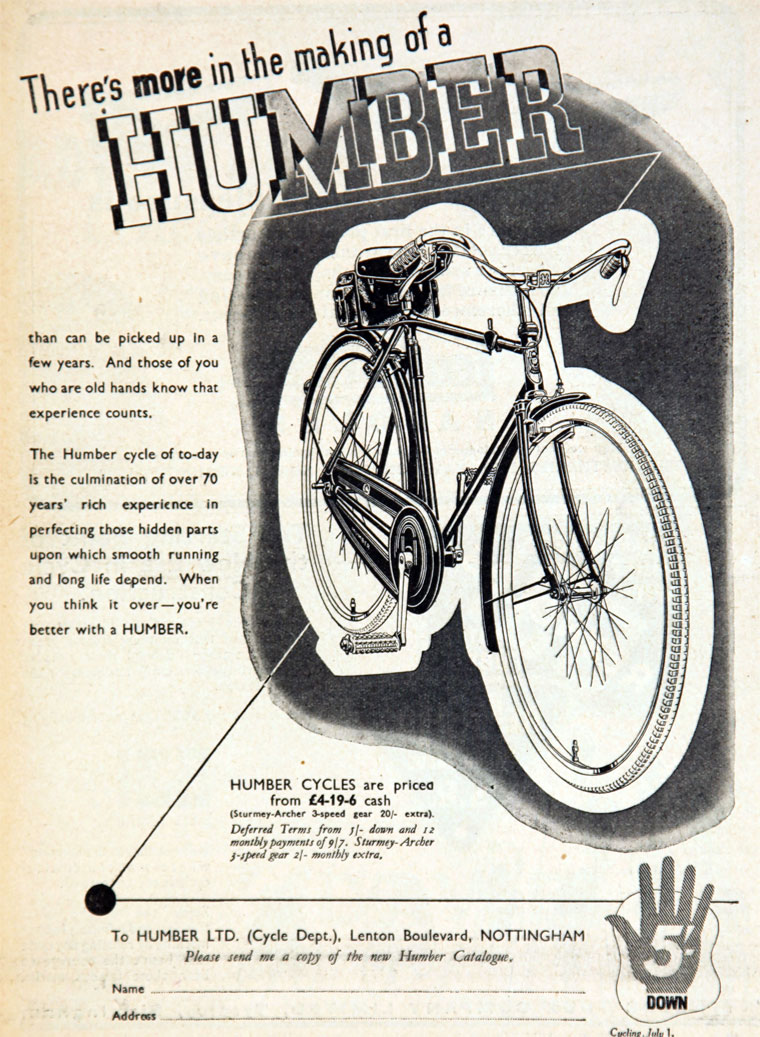 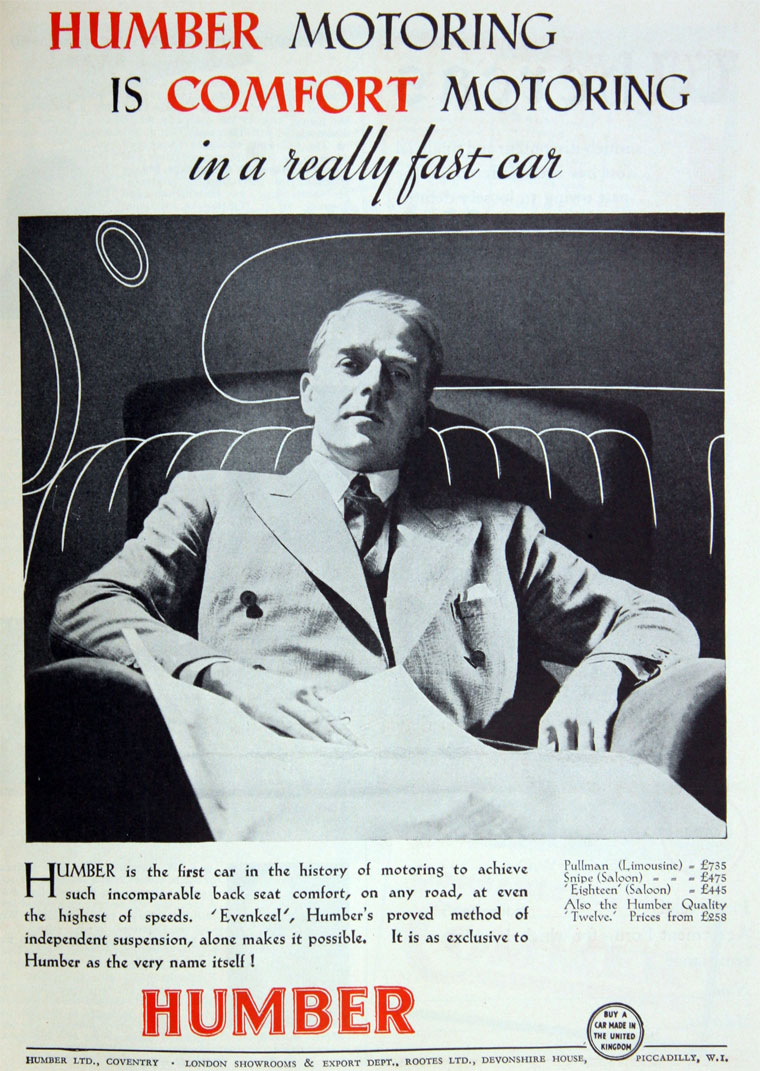 Based at Nottingham, Beeston, later Coventry.

Humber was a British manufacturer of bicycles, motorcycles and cars.

1885 Marriott and Cooper separated into their own company

Martin Diederich Rucker became manager of the London branch of Humber and Co.

1887 April: Humber and Lambert agreed to sell the Humber business to William Horton [3].

1887 Humber and Co was formed to amalgamate 4 cycle businesses acquired by Horton and others [4] [5]:

The directors listed as:

At some point, Humber needed more space and moved from its original factory in Beeston, south of the railway station, to another location on the outskirts of the village, in a purpose-built factory [6].

1890 Case brought by Bown against Centaur Cycle Co, alleging infringement of patent; referred to earlier case against Humber; decision in favour of Centaur [7].

1894 Around this time, G. P. Mills was chief designer at Beeston.

1896 The Humber Extension Co was formed to handle the wholesale and retail departments of the business [9]. It later became apparent that the agreement to transfer these responsibilities as well as the goodwill of Marriott and Cooper had been sold for £5000 yet the combined enterprise had been sold to the Extension Company for £100,000; unsurprisingly, both Harry Lawson and E. T. Hooley had been involved in this scheme; the directors faced severe questions from the shareholders [10].

1896 Rucker and directors were dismissed. This was at/about the same time as major fire at the Coventry Works.

1897 At the 1897 Stanley Cycle Show they exhibited 'motor cycles, electric and oil'. The three electric-motor tandems were designed for pacing purposes. Also shown was a three-wheel motor carriage. [12]

1898 Hooley was bankrupted and the Humber company closed down its overseas operations.

1898 At the 1898 Stanley Cycle Show they exhibited the Sociable, a three-wheeled tricar.

1899 Marriott and Cooper was purchased by financial interests who combined it with the Humber Company and the Humber Extension Co and floated the combination as Humber Ltd.

1899 Produced the Phaeton, a car with a single-cylinder engine and a tubular steel frame[14]

1900 The company was registered as Humber Ltd on 27 March, to amalgamate the cycle manufacturing businesses of Humber and Co, and Humber and Co (Extension)[15]. Number of employees at Beeston about 2000[16].

1900 Humber Cycle Co closed the works in Great Brick kiln street, Wolverhampton, and transferred the business to the works at Beeston, leading to a considerable increase in number of employees there [17].

1901 The Humber: 4.5 h.p. was introduced - this was built under licence from the British Motor Traction Co, powered by a 4.5 h.p. De Dion-Bouton engine.

1906 Humber-Cordner 3-speed gear being fitted as standard to cycles at Beeston works [19].

1907 Beeston factory closed and business transferred to Coventry. About 3000 of the Beeston population moved to Coventry[20].

1910 February. Announced they were making monoplanes and biplanes at Coventry.

1913 Humber was the second largest manufacturer of cars in the United Kingdom.

1927 The AGM was told by S. Brotherhood, chairman, about progress by Humber and Commer Cars Ltd; Humber was making 3 models of cars[23]

1928 November. Formation of the Humber Combine by merging with Hillman. The 2 factories were on adjacent sites with some complementary facilities - Humber had good foundries but few stamping facilities whilst Hillman had no foundries but good stamping facilities[24]. Head of the new concern was Lieut-Col. J. A. Cole (MD of Humber), Captain S. Wilkes (Joint MD of Hillman) and Captain J. Black (Joint MD of Hillman). Also on the board were S. Brotherhood and Sir Henry McMahon. Rootes who had handled the export sales provided the cash and owned 60% of the shares. [25] [26]

1931/2 Hillman and Humber were taken over by the Rootes Group. The cycle business sold to Raleigh.

1961 Listed as a subsidiary of Rootes Group and in turn owns Hillman. [27]