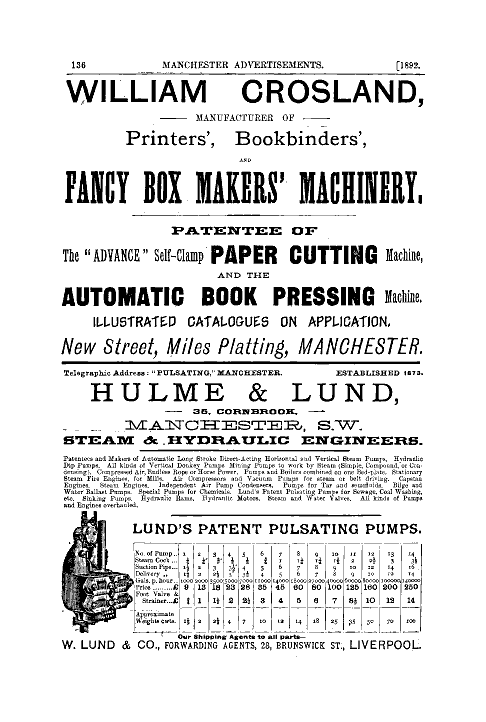 of Wilburn Street, Salford, and then Cornbrook, Manchester.