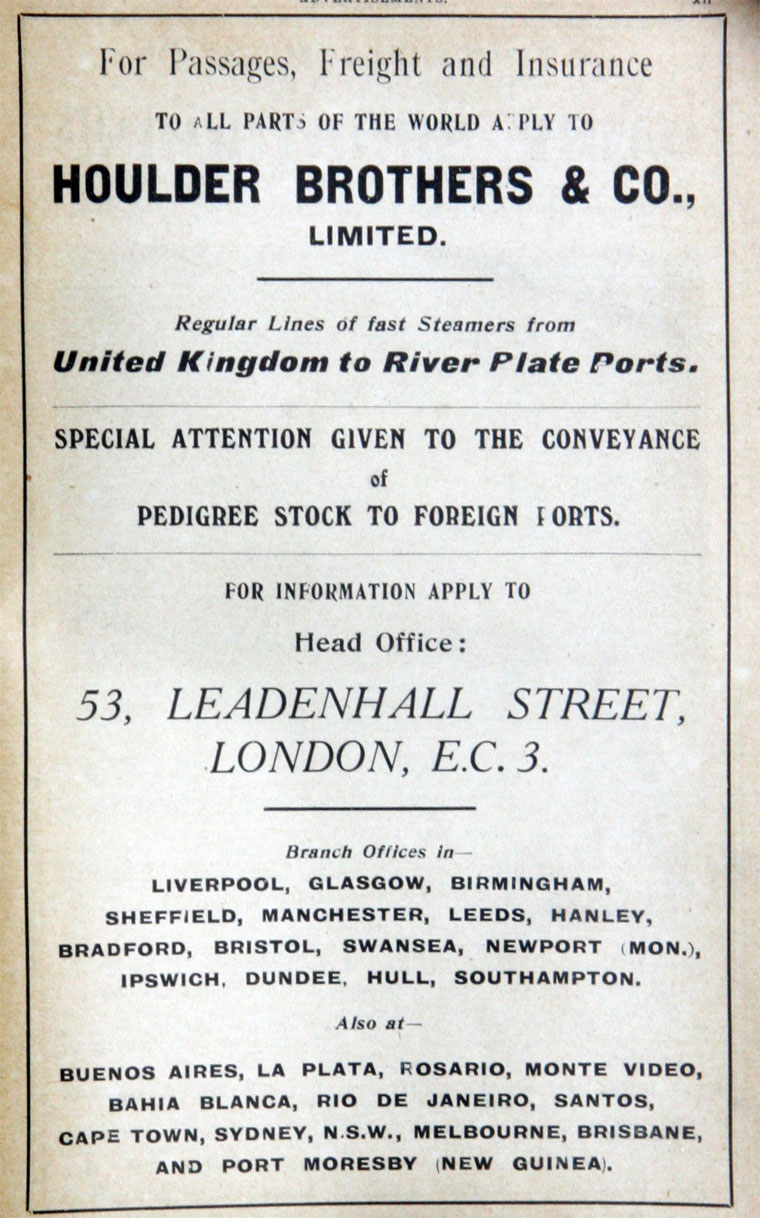 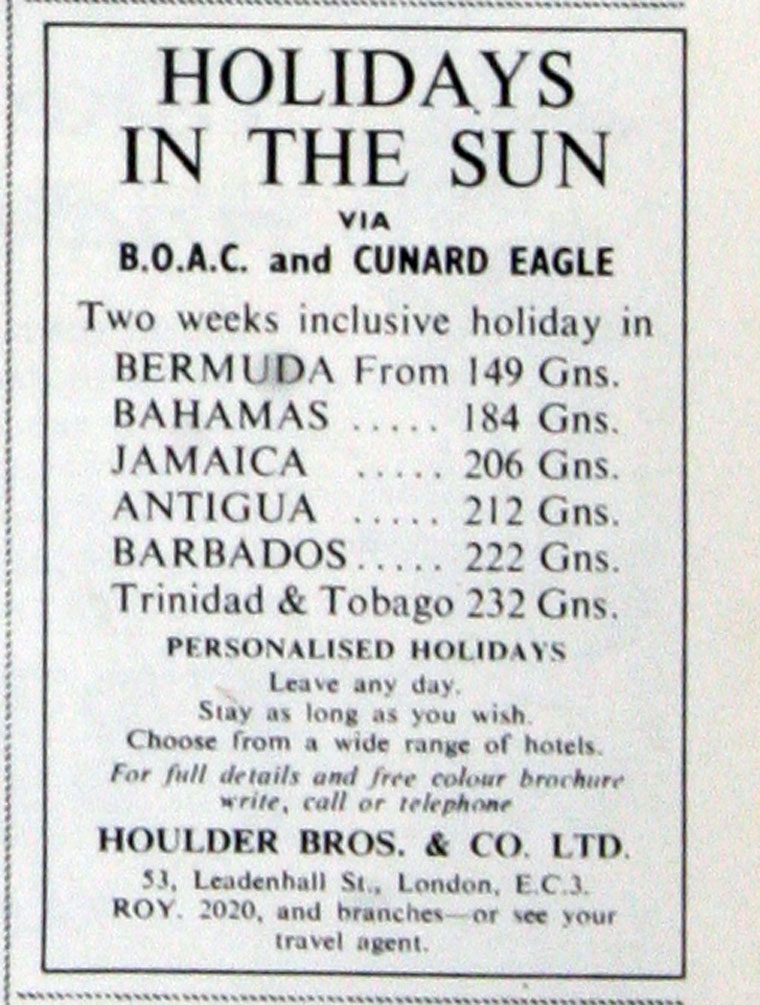 and of 146 Leadenhall Street, London

1856 Houlder Brothers was established; operator of the Houlder Line

Operated with chartered tonnage until 1861 when they acquired the Golden Horn. First served the USA and later New Zealand, Australia and the Pacific Islands.

1898 The company was registered on 26 January, to take over the business of shipowners, merchants of the firm of the same name in England, Scotland and South America. [1]