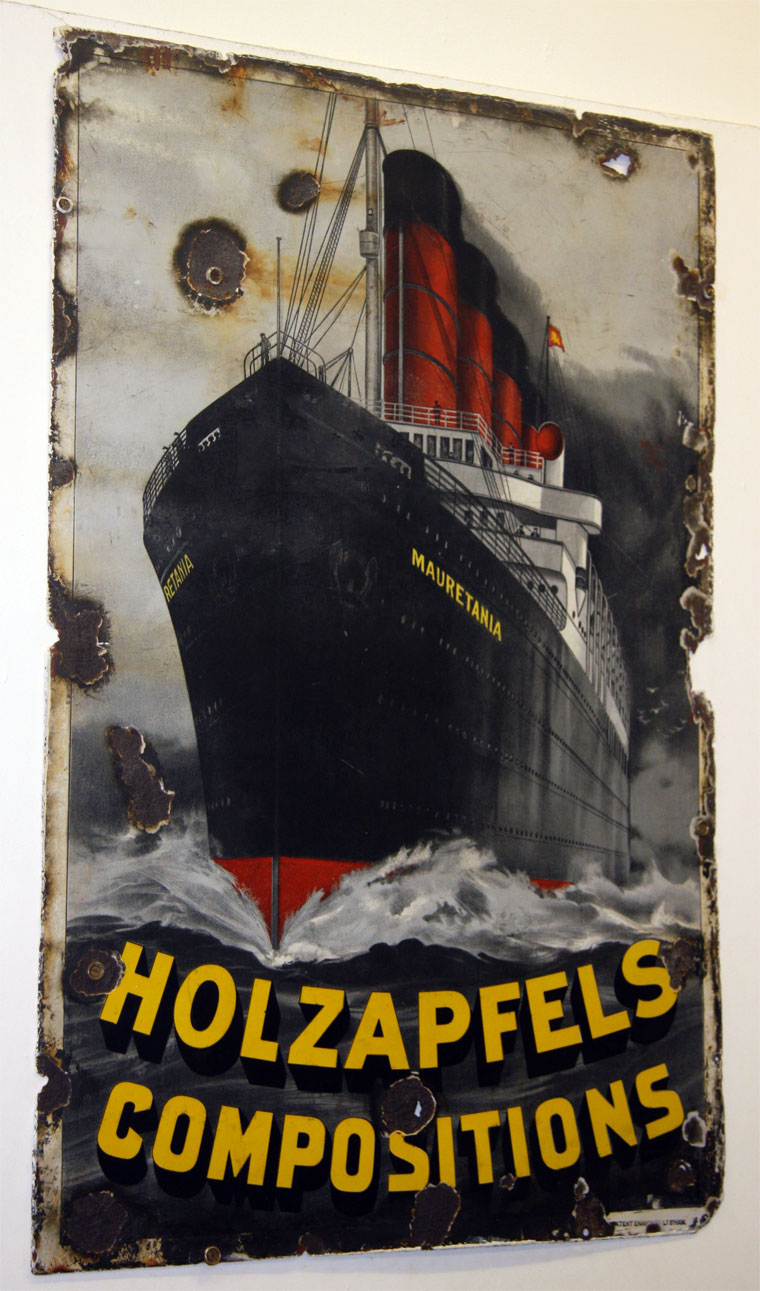 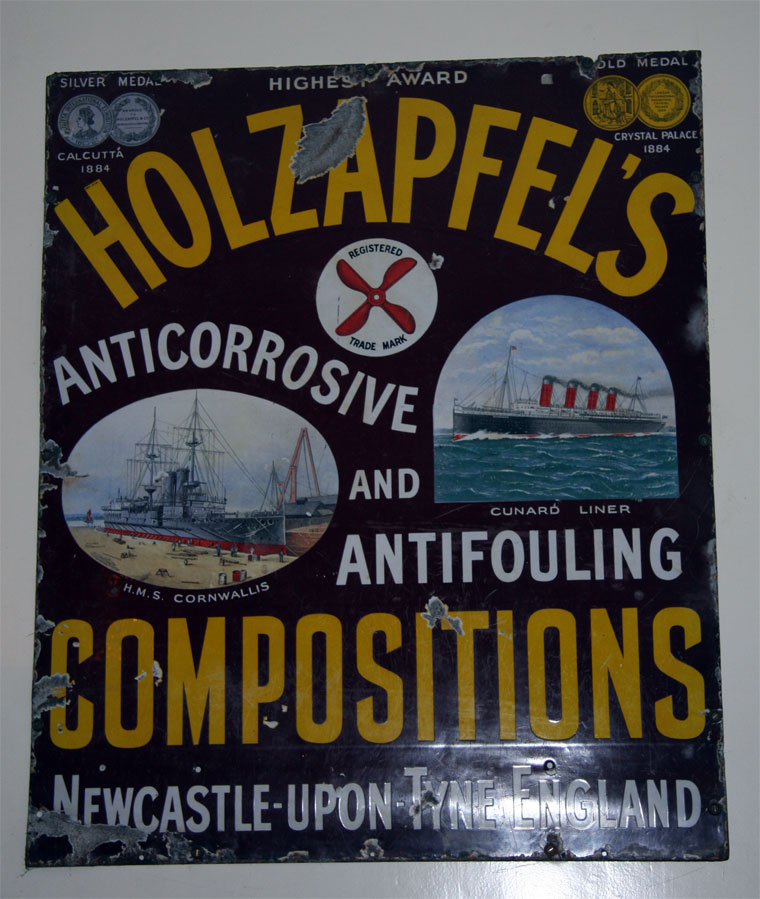 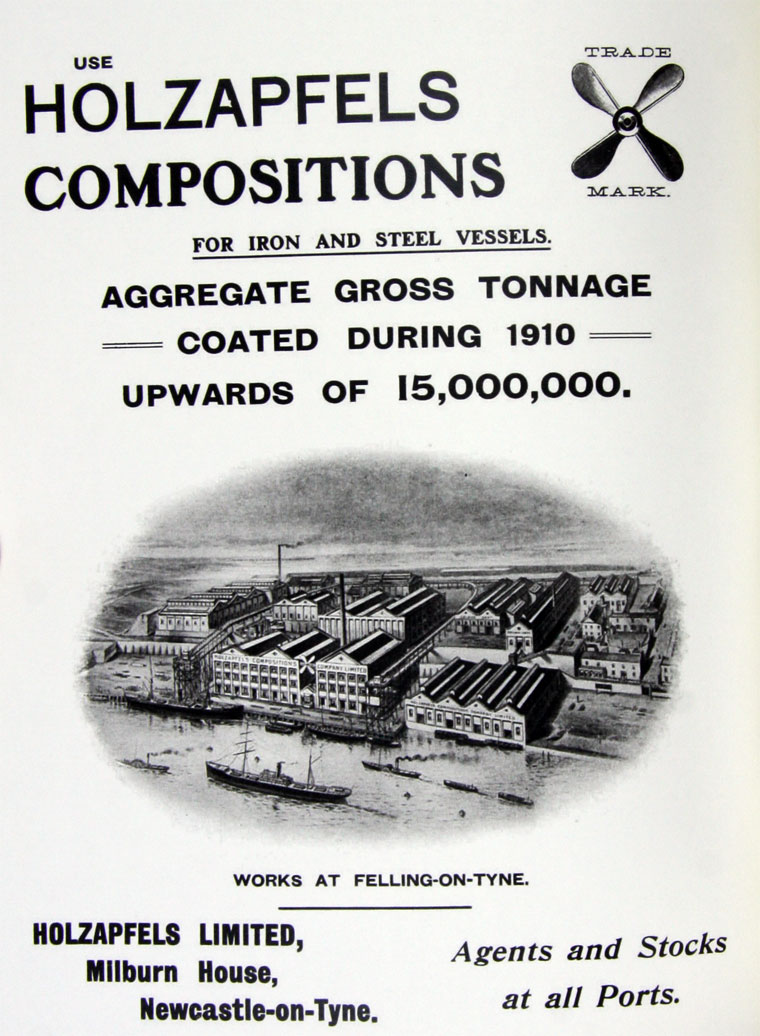 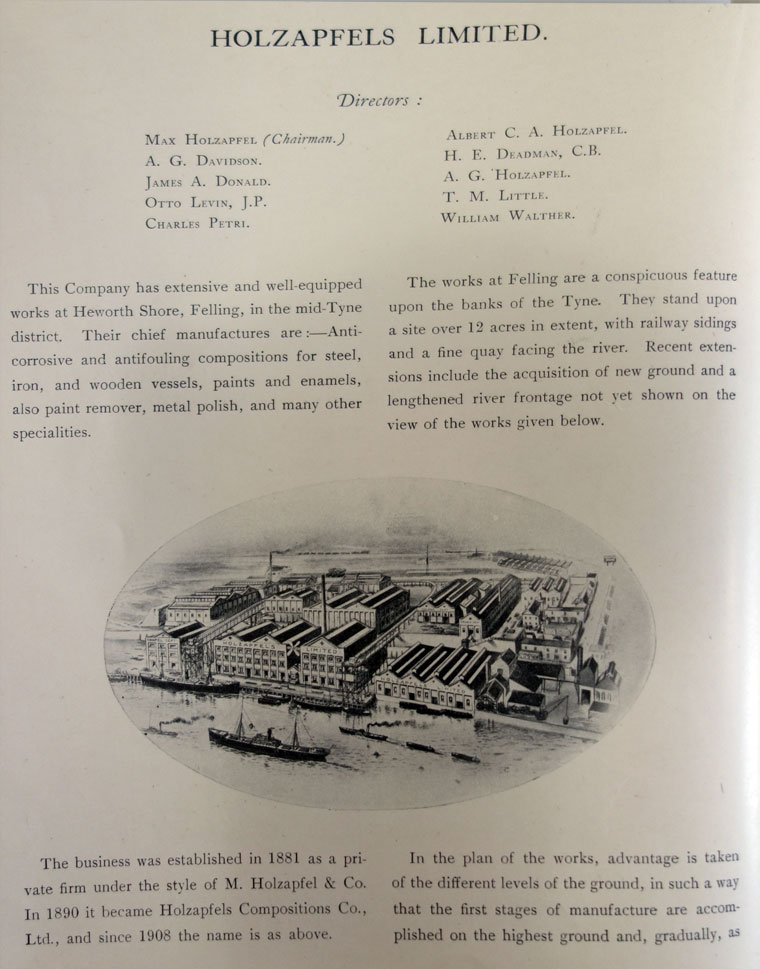 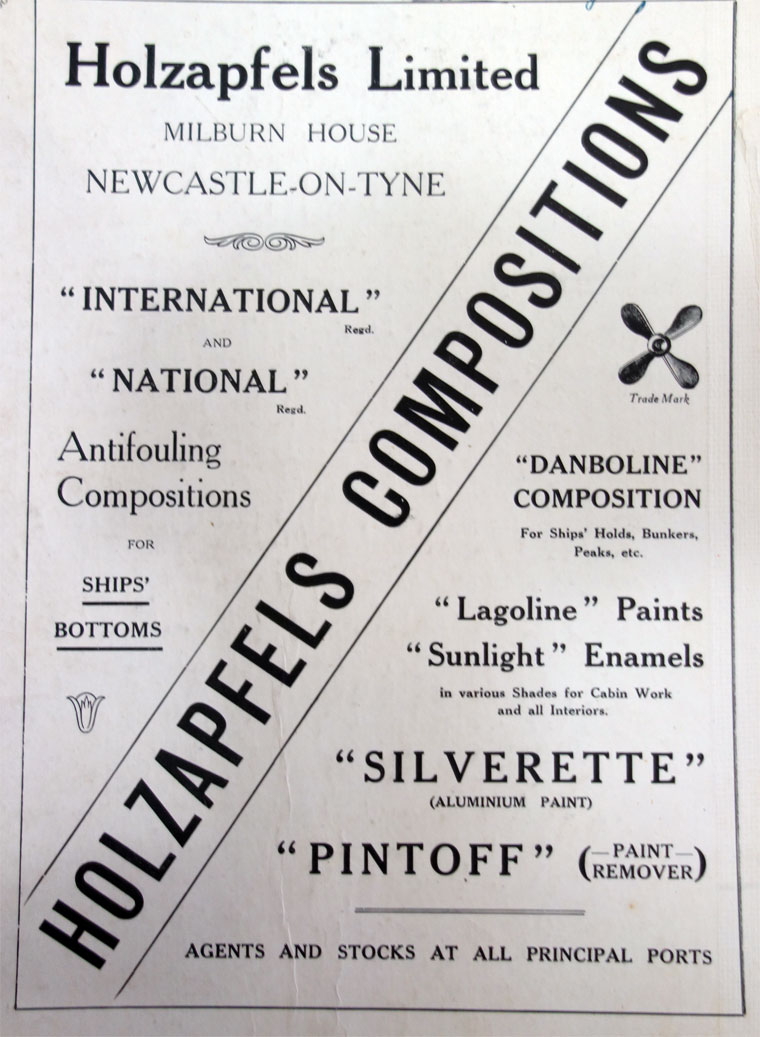 Holzapfels Ltd, maker of marine paints, such as Holzapfel's Compositions, anti-corrosive and anti-fouling compositions of Newcastle-upon-Tyne

1881 Company founded[1] in Gateshead, as M. Holzapfel and Co., using a barrel as the first mixing vessel[2]

1891 Albert Charles Augustus Holzapfel was a manufacturer of compositions.

1918 The foreign element of ownership of the company had been removed; the name of the Holzapfels company was changed to International Paint and Compositions Co[7]