Grace's Guide is the leading source of historical information on industry and manufacturing in Britain. This web publication contains 148,131 pages of information and 233,678 images on early companies, their products and the people who designed and built them.

Plates from weighing machines (the other an Avery) dumped at Ratmalana Works, Colombo[1] 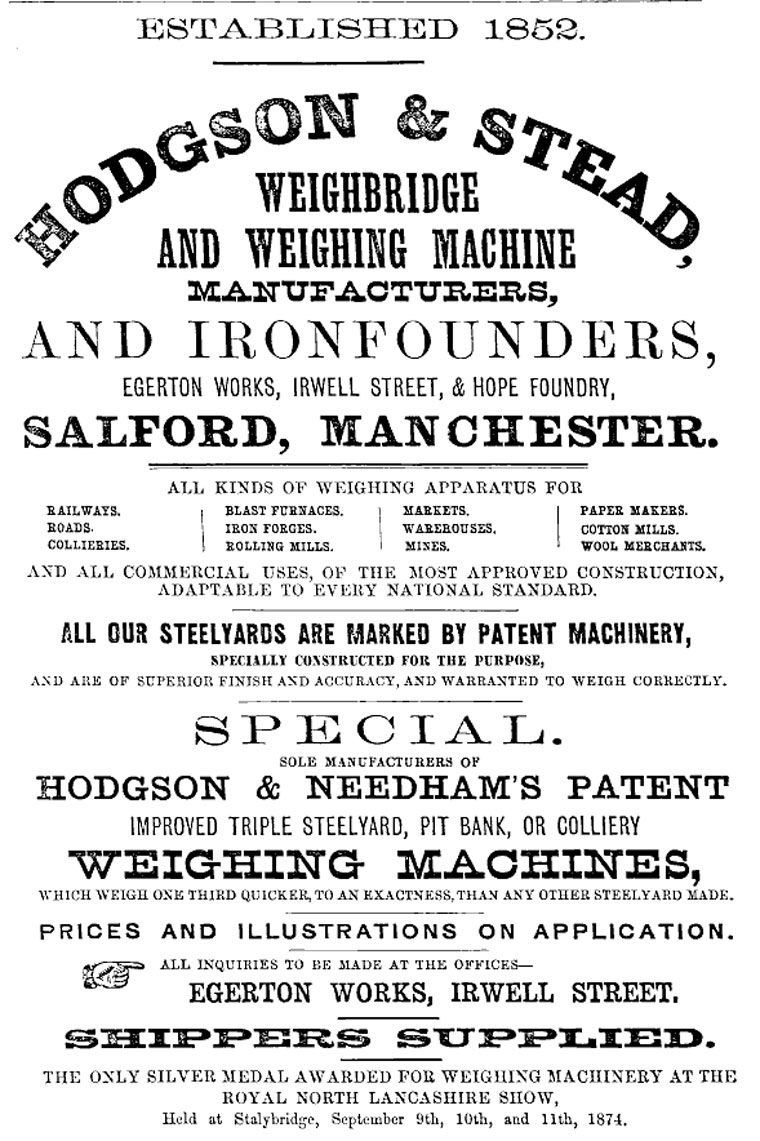 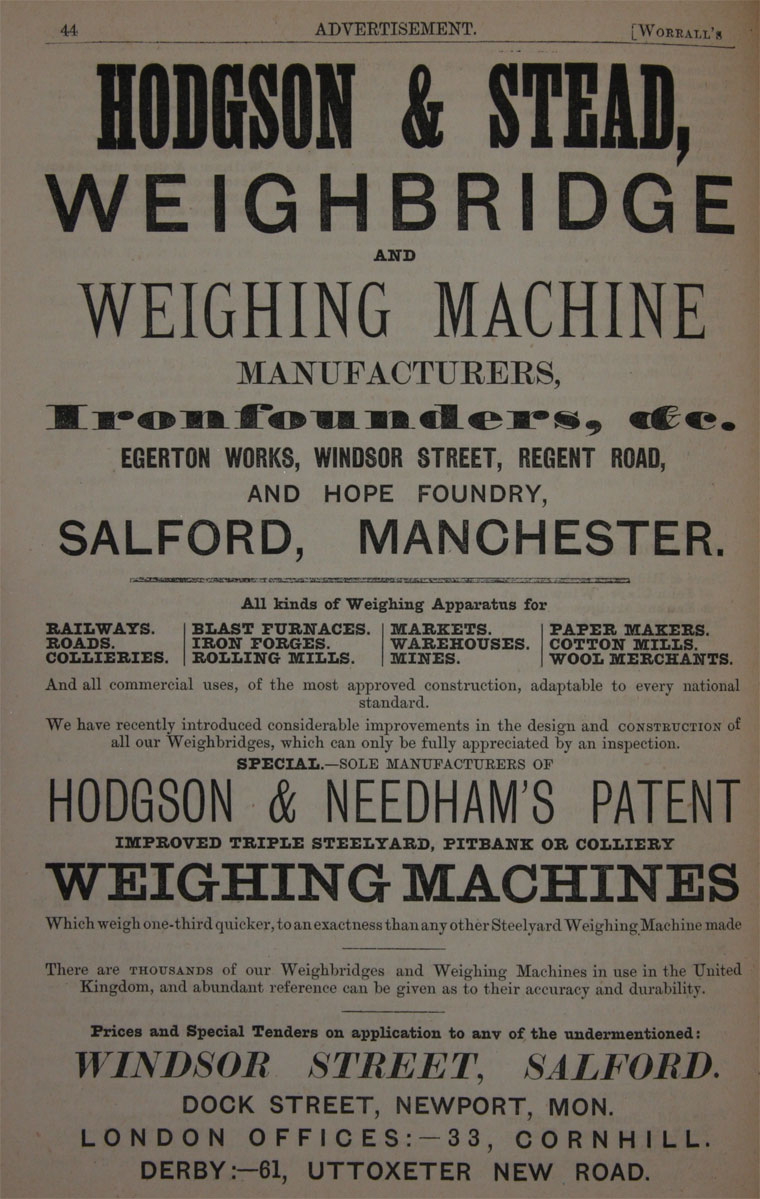 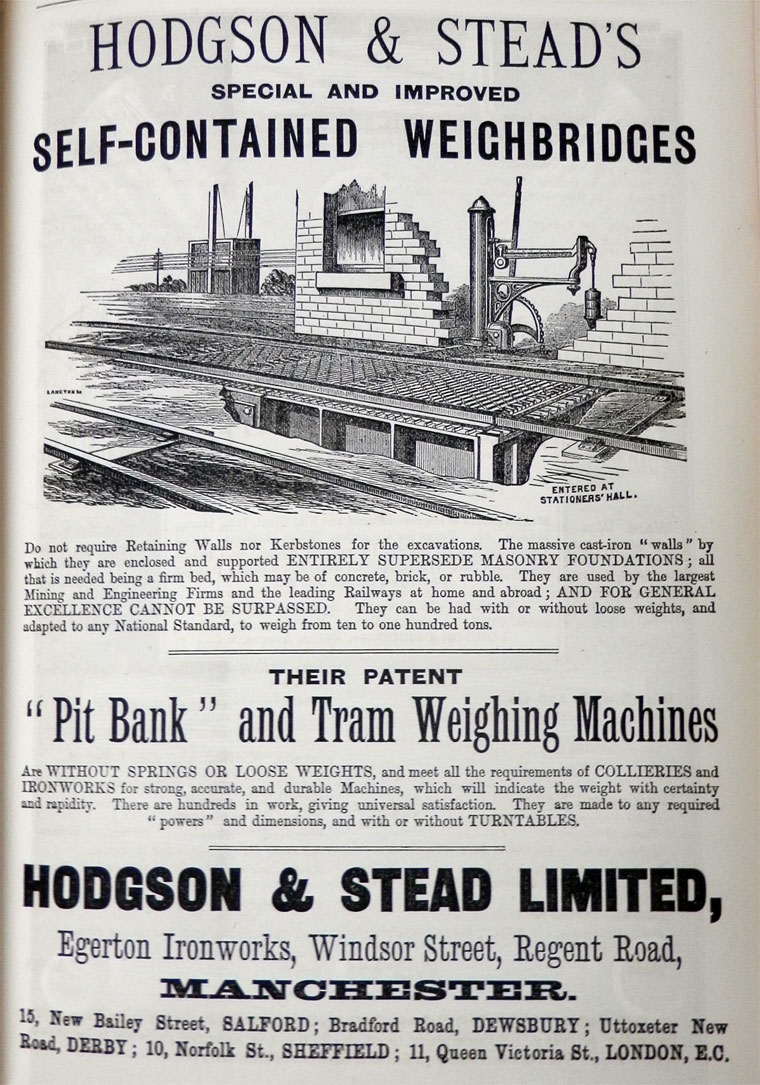 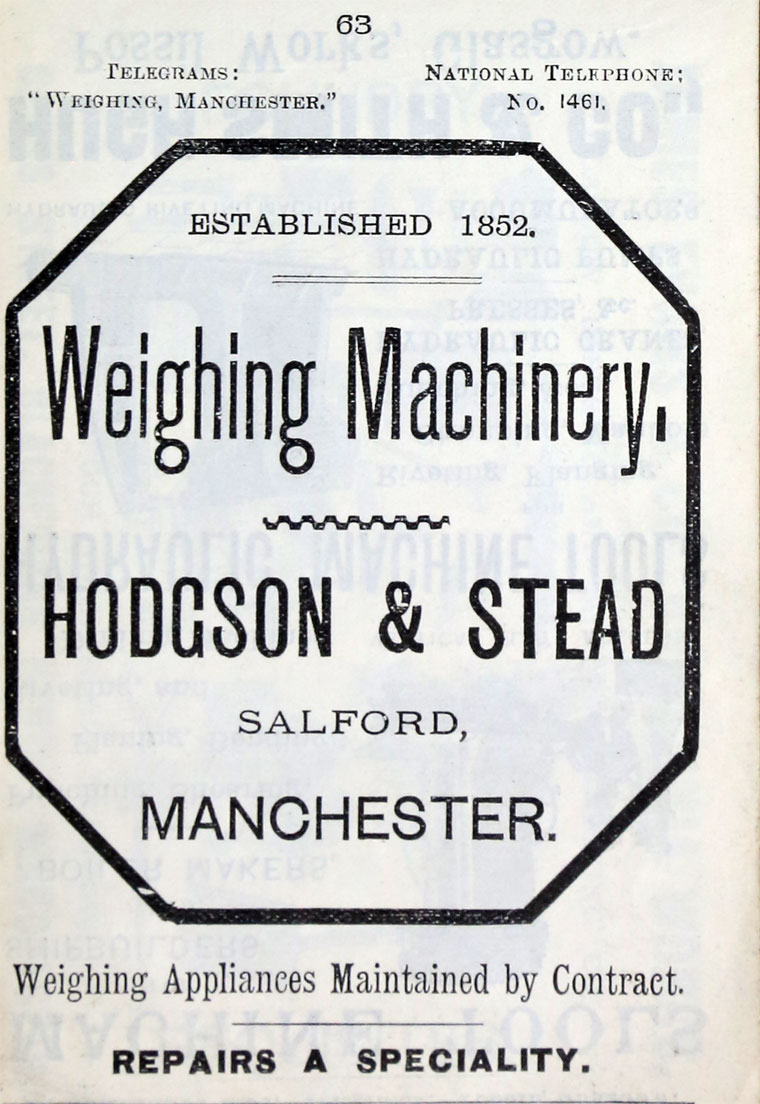 Location of Egerton Works, Windsor Street: The 1905/1908 O.S. map shows 'Egerton Iron Works - Weighing Machines' located alongside the L&NWR Liverpool - Manchester railway line (which was north of the works). Access was from Windsor Street, at the eastern end of the works. On the opposite side of Windsor Street was the Salford Corporation Gas Works. The south side of the works was adjacent to the back alley of a row of terraced houses on Christopher Street. The ground area was approx 120 ft by 300 ft. Note: The original Egerton Works was on Irwell Street, which was close to Salford Station.