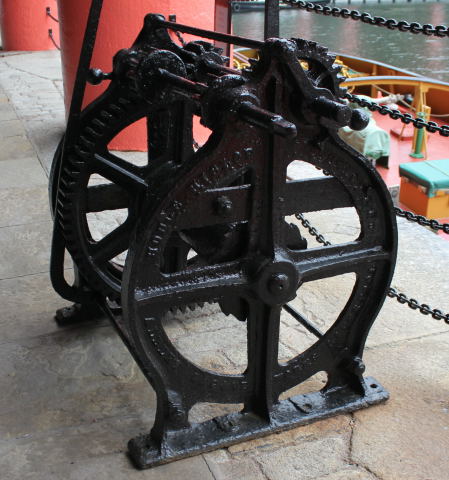 1868 Advertisement: 'Hodge, Hislop, Dunlop, and Co. (Late Foremen to Messrs. J. Taylor and Co., Birkenhead), ENGINEERS and IRON FOUNDERS, beg to inform their friends and the public that they have Opened the Foundry lately occupied by Messrs. J H. Wilson and Co., New Bird-street. Liverpool, for the Manufacture of Steam Engines, Steam Winches, and Hoists, adapted for sailing ships and steamers; also all sorts of castings, including Screw Propellers, Fire Bars, Pipes, Windlass Castings, Malleable and Brass Castings, &c. They hope, by their long experience in the trade, strict attention, and due regard to economy, to secure the favours of their friends. Repairs promptly executed.'[1]

1869 Advertisement (spelling uncorrected): 'NOTICE.—Messrs. THOMAS HODGE, GEO. HODGE, JAMES DUNLOP, and WM. HISLOP, lately in Employ as Four of our Foremen, are not Authorised, on and after this date, to Transact any Business on our behalf. JAMES TAYLOR and CO., Engineers, Brittania Works, Birkenhead.' [3]

The name 'Dunlop, Hislop & Co' subsequently appears in connection with cranes and winches, e.g. two cranes supplied to the Belfast Harbour Commissioners in 1875 [5]. Examples appear in sales of plant, for example a 5-ton 'Loco Steam Bogie Crane' was offered in an extensive sale of plant at The Machine Works, Bonner's Field, Monkwearmouth [6]

1876 'A petition for liquidation has been filed by Messrs. Dunlop, Hislop, and Co,, engineers, of Liverpool The liabilities amount to £25,000[7]

1877 Bankruptcy Act. '...Special Resolution for Liquidation by Arrangement of the affairs of James Dunlop and John Bell, of the Albert Engine Works, 32, Greenland street, Liverpool, in the county of Lancaster, Engineers, trading under the firm of Dunlop, Hislop, and Co....'[8]