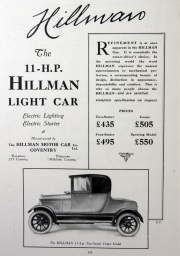 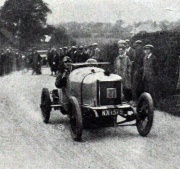 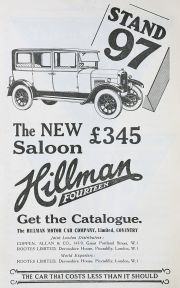 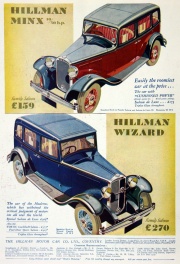 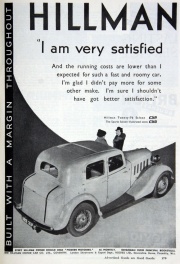 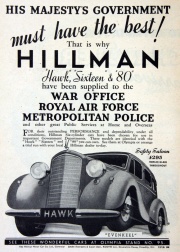 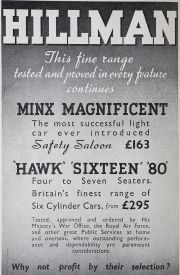 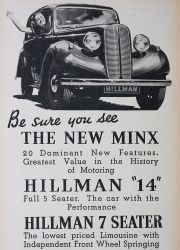 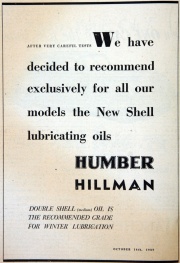 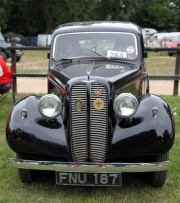 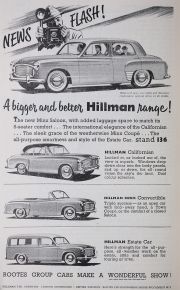 Note: This is a sub-section of Hillman

1914 October. The 9hp is successful and remains in production for next year.[4]

1928 Following the fashion of the time, a Straight Eight of 2.6 litres, and Hillman's first use of overhead valves, came in 1928, but soon gained a reputation for big end problems.

1932 The first car to carry the Minx name. This had a 1,185cc four cylinder and went through a series of updates in body style and construction until the end of World War 2.

1947 After the war, the Minx was reintroduced with the same 1,185cc engine. It went through a series of models given Phase numbers.

By 1950 the final assembly was concentrated at the 80-acre Ryton-on-Dunsmore factory where they are produced alongside Humber and Sunbeam-Talbot. [5]

1954 A smaller car, the Husky, with van like body and using the old side valve engine, was also new for 1954. The floor pan of this model was later to form the basis for the Sunbeam Alpine, Sunbeam also being part of the Rootes empire.

1954. The Minx Phase VIII saw the arrival of an overhead valve engine.

1963 A complete departure in 1963 was the Hillman Imp, using a Coventry Climax all alloy, 875cc rear engine and built in a brand new factory in Linwood, Scotland. The location was chosen under government influence to bring employment to a depressed area. A fastback version, the Californian, and an estate re-using the Husky name were also made.

1966 A new car called the Hunter was introduced.

1967 A smaller-engined standard version using the old Minx name. These are frequently given their factory code of Arrow but this name was never officially used in marketing.

1970 The first new Hillman model, whose development was financed by the American giant, would be the Avenger.

The Avenger and Hunter ranges were re-badged as Chryslers until 1979, when Chrysler sold its European division to Peugeot. At this point, Hunter production was shelved and the Avenger was re-badged as a Talbot until it was finally withdrawn from sale at the end of 1981.

Hillman's Ryton factory exists to the present day, assembling various Peugeot models for the European market, but it was announced in April 2006 that Peugeot would end production there, the last car leaving the factory in December 2006. The plant formally closed in January 2007.

The French company still owns the rights to the Hillman name.