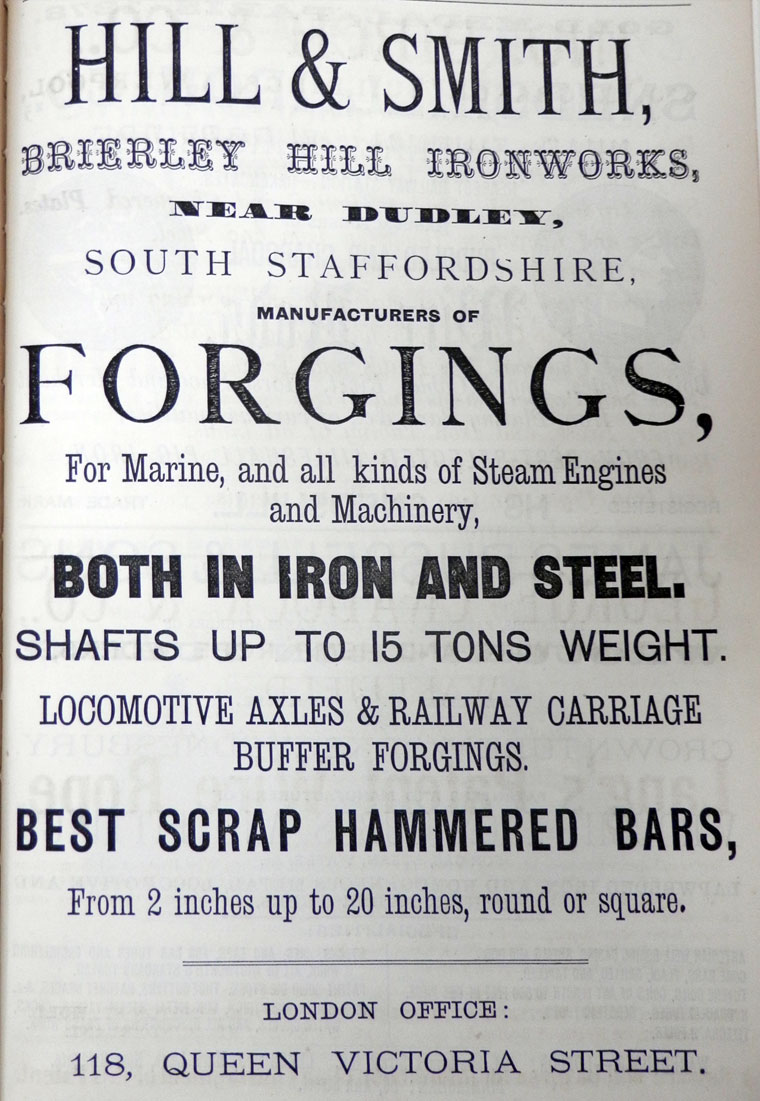 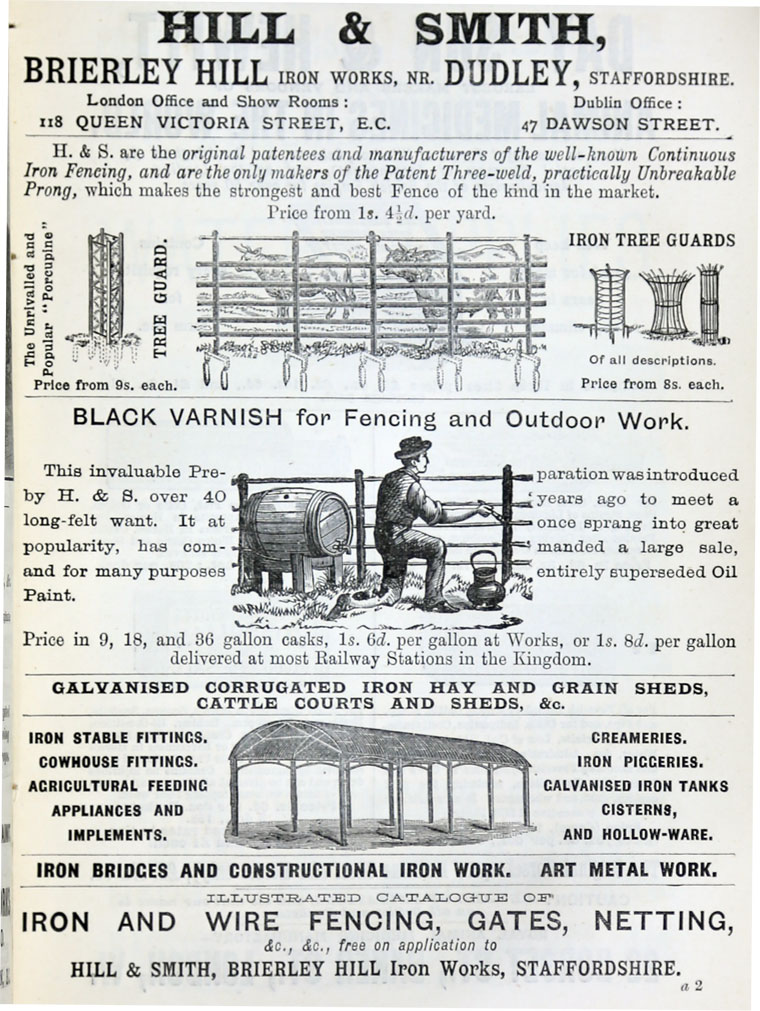 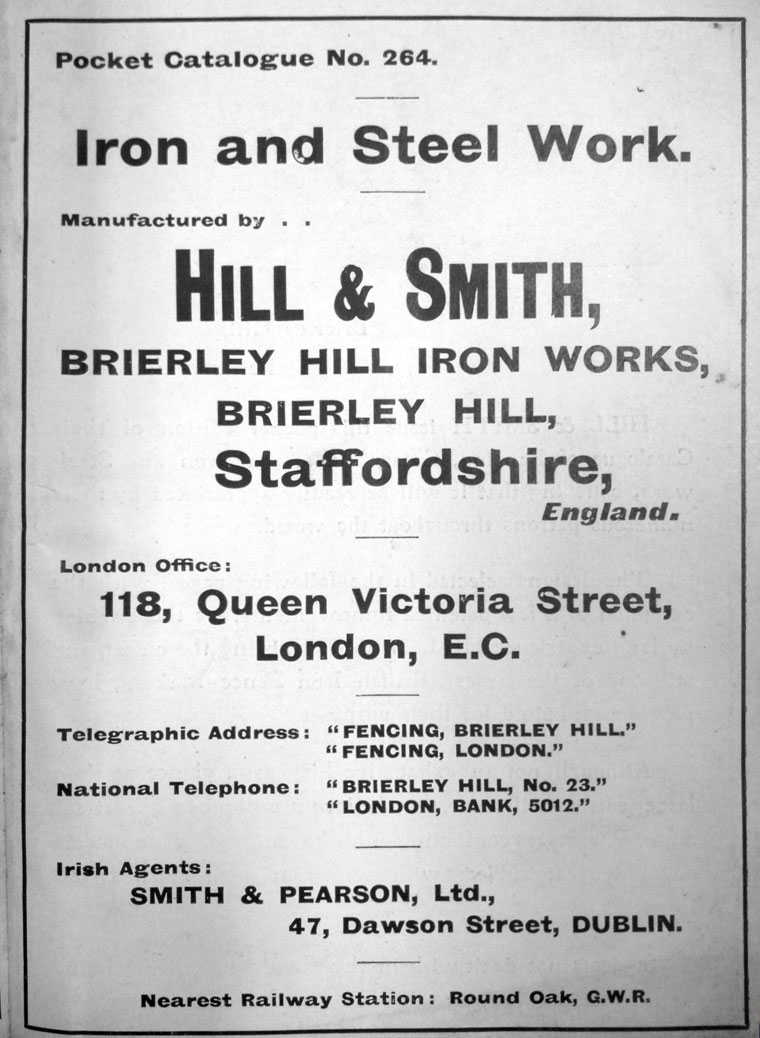 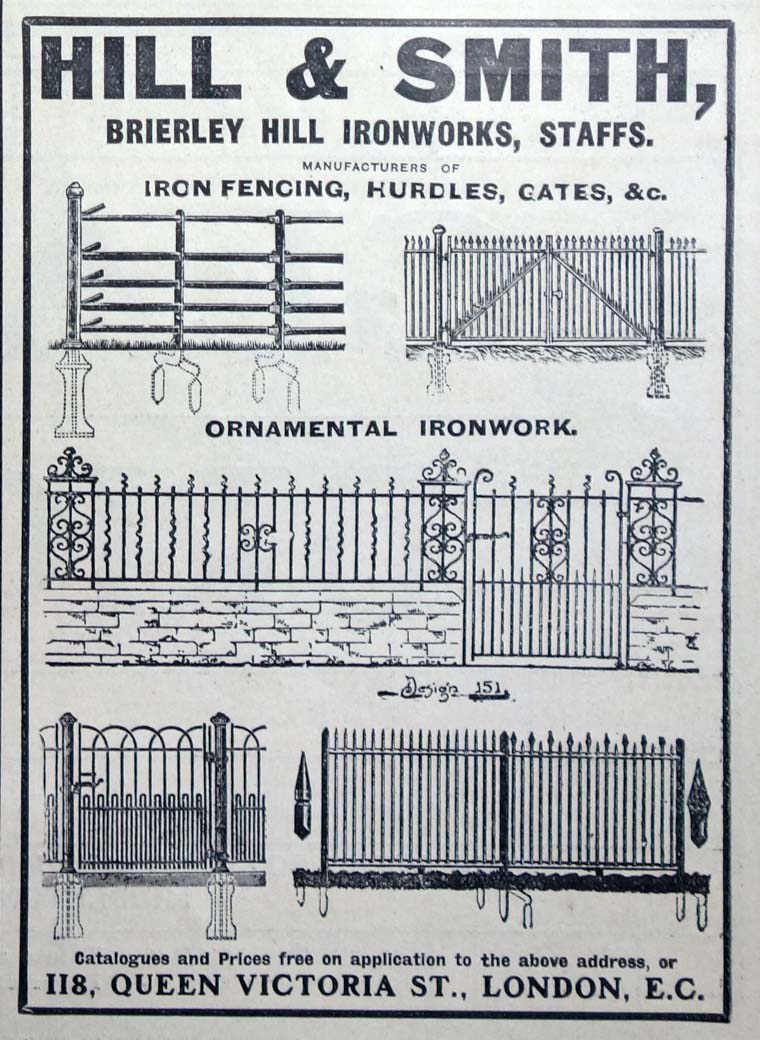 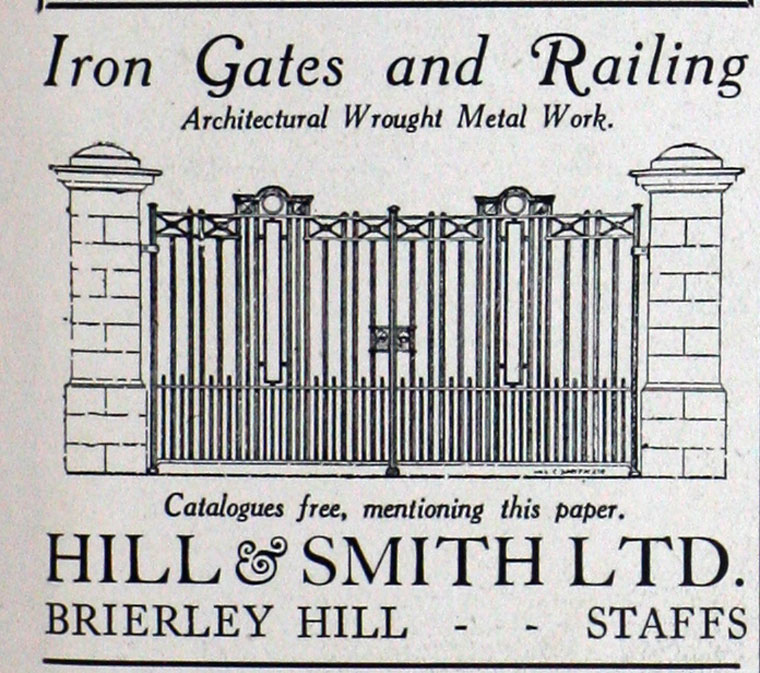 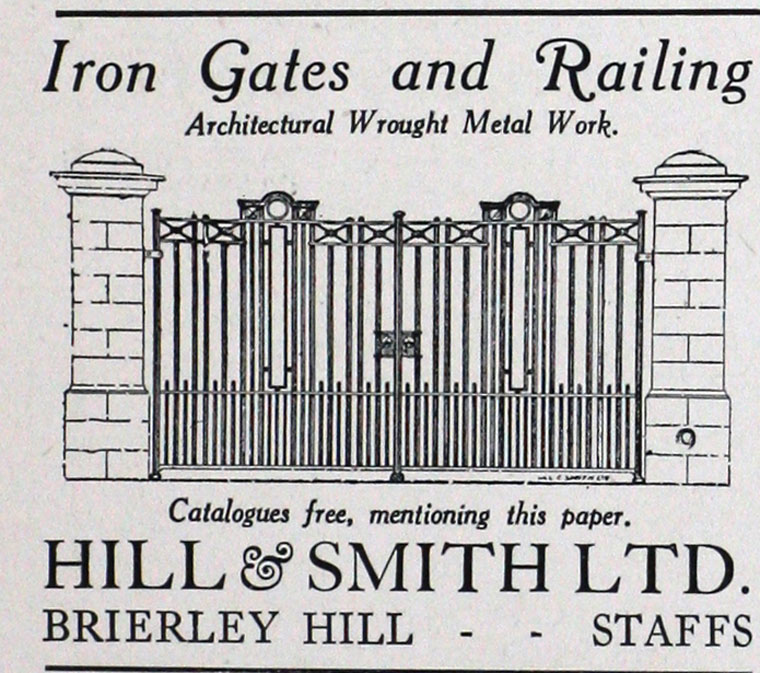 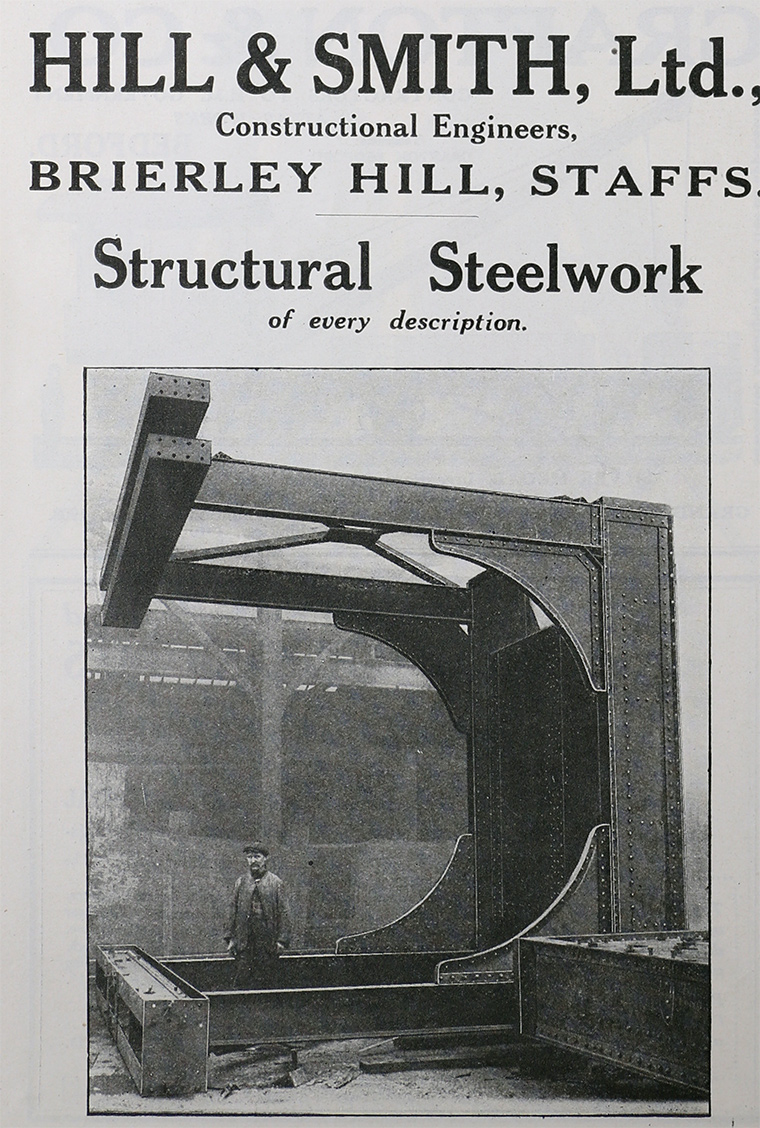 1853 Partnership and name change. '...the Partnership lately subsisting between the late Edward Hill and the undersigned, Henry Smith (Managing Partner), in the business of Iron Manufacturers, carried on at the Brierley Hill Iron Works, in the parish of Dudley, in the county of Worcester, under the style or firm of Edward Hill and Company, was dissolved and determined by the death of the said Edward Hill, on the 13th day of September instant; and that the business will, as from that day, be continued by Mrs. Emma Hill, his Widow, and the said Henry Smith, under the style or firm of Hill and Smith...'[1]

1856 Mention. Hill and Smith of the Brierley Hill Ironworks.[2]

1909 Incorporated as a Limited Company

"Hill and Smith is famous for supplying many miles of fencing for Queen Victoria, Ornamental Gates and parapet railing for the Royal House of Siam; work on the Sydney Harbour Bridge; the Royal Dockyard at Simonstown; South Africa, and gates at Hong Kong market and the European Club, Shanghai.

The Firm of Hill and Smith, Brierley Hill, was established in 1824 and was known as Hill's Ironworks.

Henry was succeeded by his eldest son Joseph H Smith who was the last working proprietor with founder connections. He was killed in a carting accident in 1909 aged 54.

After this the firm was made into a private Ltd company, but an unmarried sister (later Mrs E. M. Lewis) held considerable interest in the firm until her death.