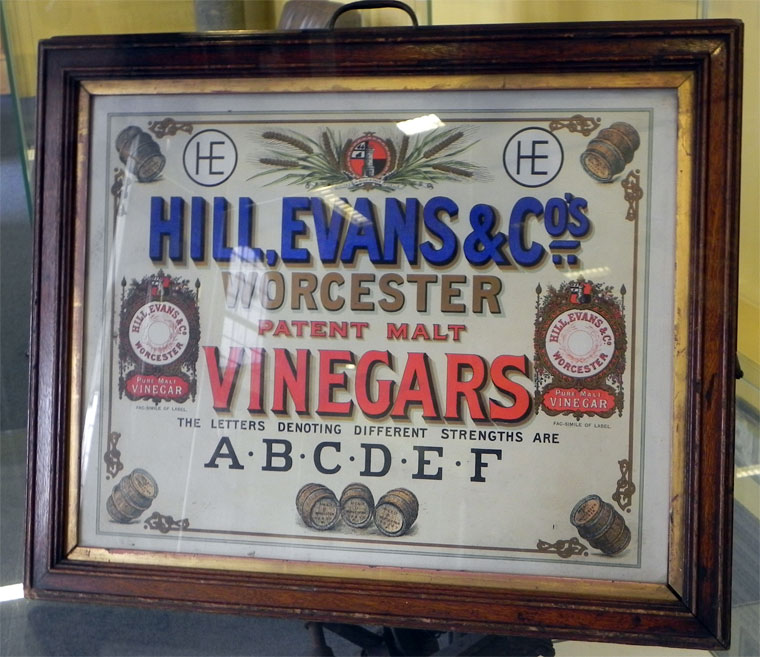 1861 'Fatal Accident at the Vinegar Works. —In last week's Chronicle we related some of the particulars of an accident which occurred at the Vinegar-works of Messrs. Hill, Evans, and Co., St. Martin's, in this city, on Wednesday. It appears that several men in the employ of Mr. Oxley, Frome, Somerset, were engaged putting a hoop round one of the mammoth vats of this great establishment, and were standing on a deal plank, three inches thick, the ends of which were resting on the staves of two upright ladders, at a distance of about fourteen feet apart, and at a height of twenty-two feet from the ground, when the plank snapped in two, and three of the poor fellows were precipitated to the ground. Two of them, Joseph Tucker, an old man, aged 62, and Thomas Holmes, of Frome, aged 24, were very dreadfully injured, and were picked up insensible; George Broom escaped with but little injury ; and the other three did not fall, but hung on to the top of the vat till rescued. Holmes and Tucker were taken to the Infirmary as soon as possible, when their injuries were found to be of very serious nature, and but slight hopes were entertained of saving Holmes's life. The poor fellow remained insensible till Thursday morning, when he expired, from the effects of a very extensive fracture of the skull, the bone over his left ear being pressed in several inches. Tucker also remains insensible and in a very dangerous state. His injuries are facture of the left thigh and right arm, with compound fracture of the left arm, and wounds on the face and head. An inquest on the body of Holmes, who was a married man, was held by Mr. Rea, at the Infirmary, Friday afternoon, when a verdict of "Accidental death" was returned.'[1]