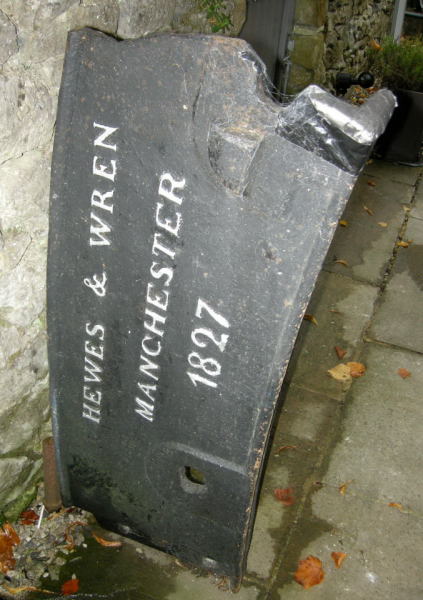 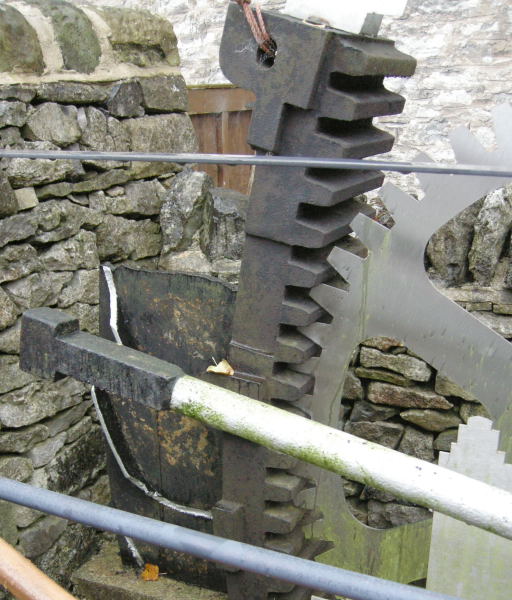 This shows a piece of the wheel's internal gear, wheel rim, and a T-headed spoke

1828 Supplied and erected the machinery for a large flour mill at Skerne, Yorkshire [4]

1832 'THE Public is respectfully informed, that the Business heretofore carried on at Manchester, THOMAS CHEEK HEWES, and HENRY WREN, under the firm of "Hewes and Wren." as Engineers. Millwrights, and Machine Makers, will in future be continued, in all its branches, by the above Henry Wren, on the same premises — Manchester, February 2d, 1832.'[5]