Grace's Guide is the leading source of historical information on industry and manufacturing in Britain. This web publication contains 148,102 pages of information and 233,633 images on early companies, their products and the people who designed and built them. 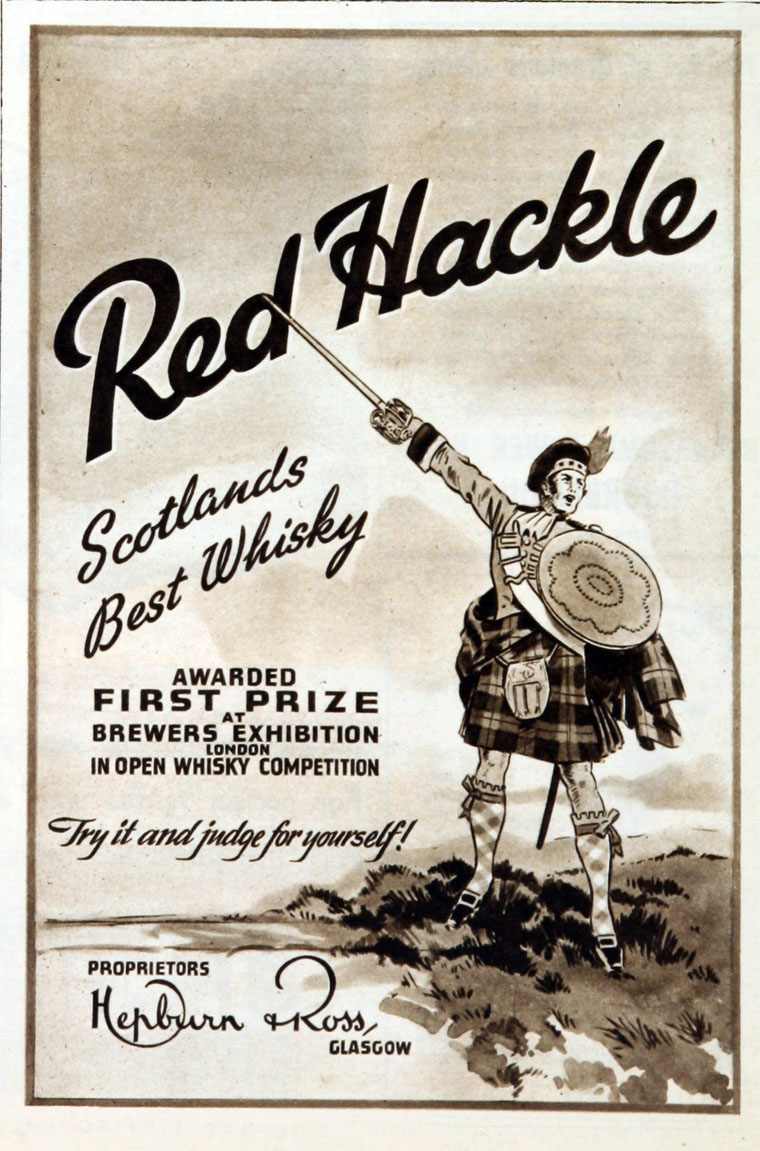 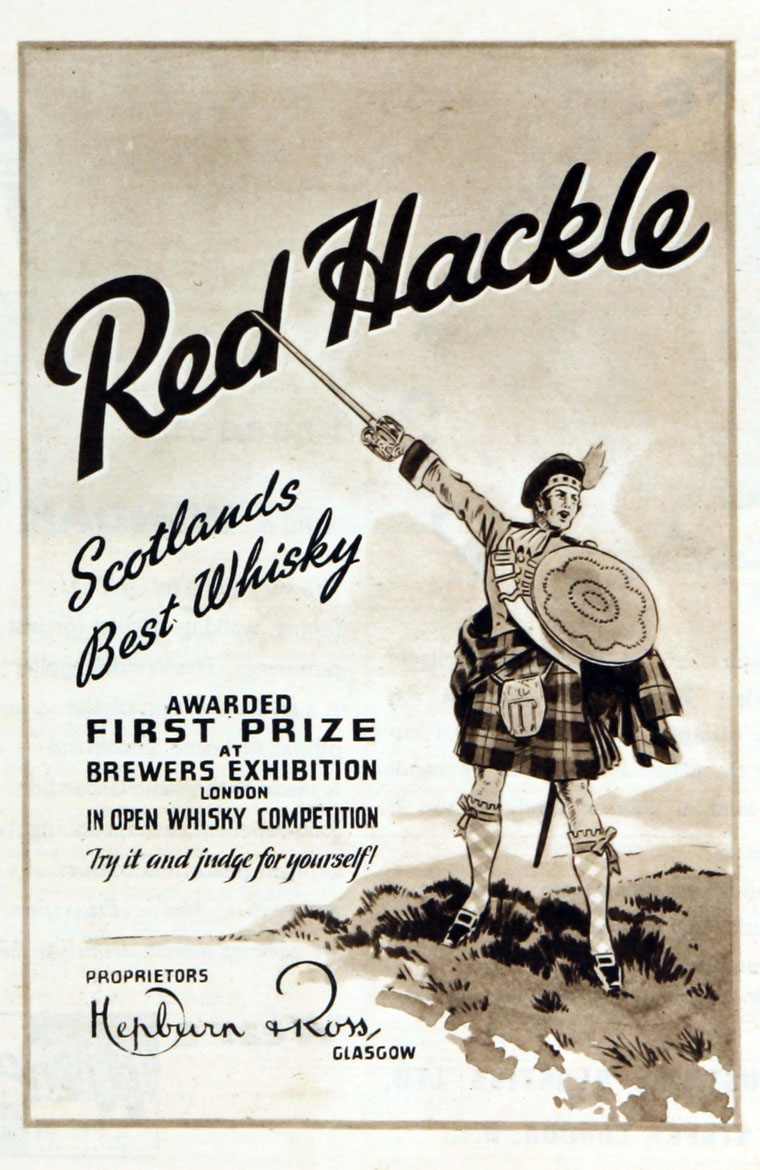 1920 The business was set up by two ex-servicemen who, it has been claimed, had both served in the famous Scottish regiment, the Black Watch. The regiment was certainly the inspiration for their most famous blended whisky, as the Red Hackle was part of the Black Watch headdress. However, Charles Hepburn had in fact served with the Royal Field Artillery and Herbert Ross with the Scottish Horse. The military connection was very strong within the firm, which employed many other ex-servicemen

1936 The business was incorporated as Hepburn and Ross Limited