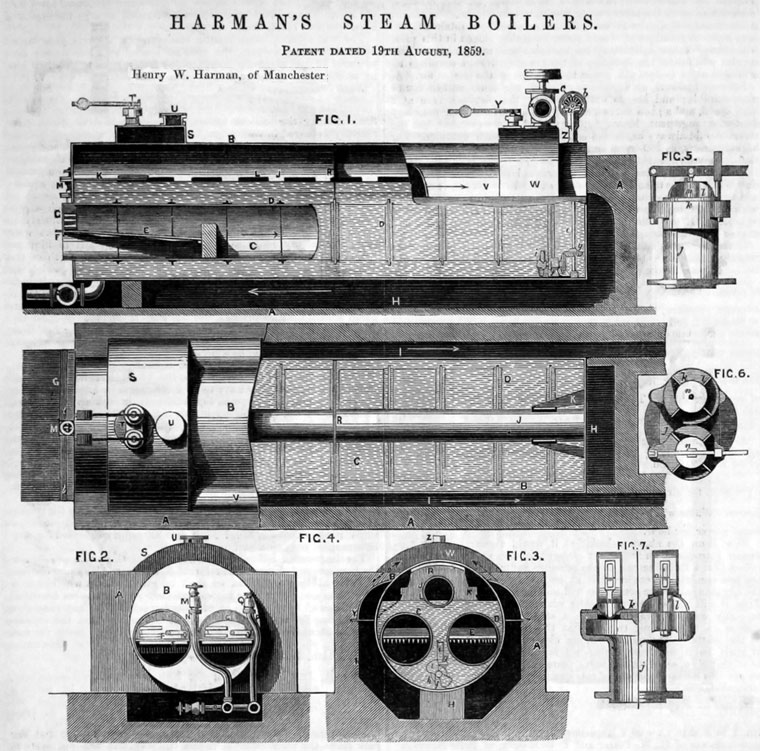 HENRY WILLIAM HARMAN was born in 1815, and served his apprenticeship with Messrs. Maudslay and Field, London.

In 1840 he entered the service of the Great Western Steam Ship Co. at Bristol, and assisted in superintending the construction of the "Great Britain."

On her completion in 1845 he became chief engineer at Mr. W. Pitcher's dockyard, Northfleet, until 1858, during which time many well-known vessels were constructed there.

In 1859 he was appointed Chief Engineer to the Manchester Association for the prevention of Steam Boiler Explosions, from which he retired in 1861 to take the management of the business of Messrs. Wm. Fairbairn and Co., Manchester, and on its transformation into the Fairbairn Engineering Co. he was retained as engineer and manager, which position he resigned in 1873 owing to failing health.

After travelling on the Continent for a time he returned to England apparently restored; but shortly afterwards was attacked by a painful and protracted illness, from which he died on 28th September 1875, at the age of 60.

He became a Member of the Institution in 1859.