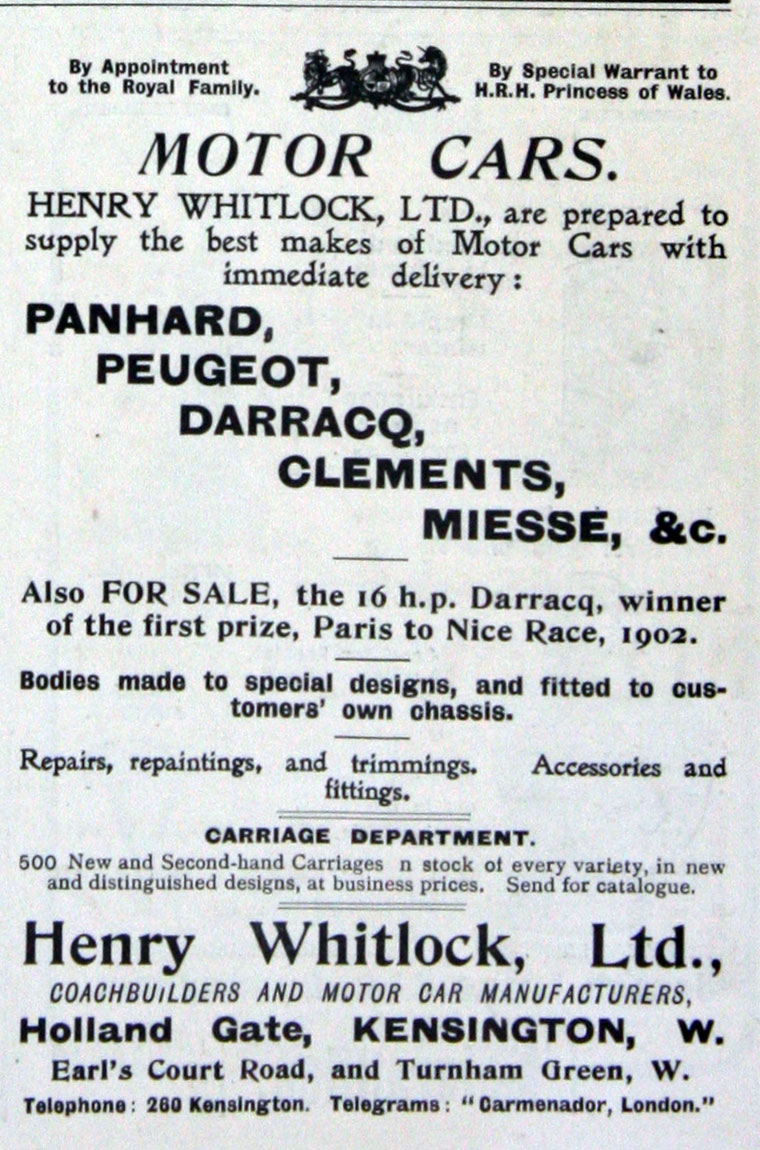 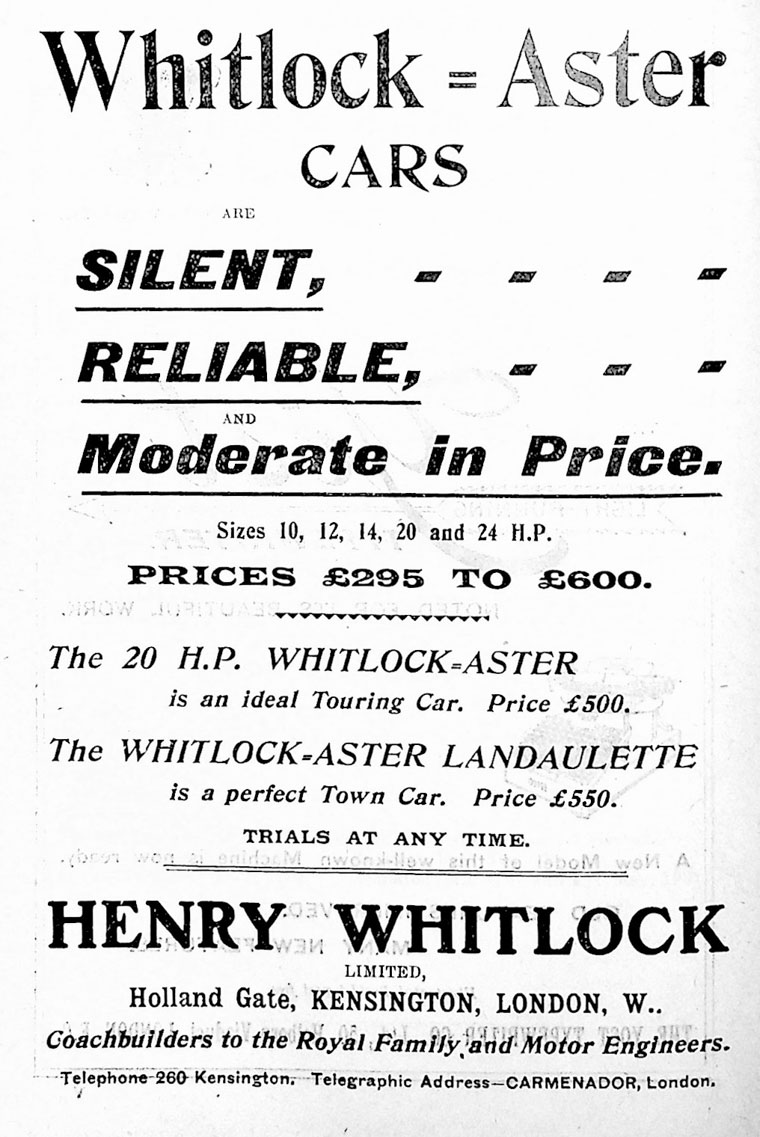 of Holland Gate, Kensington, and Liverpool.

The Whitlock Company started as a carriage builder in London.

1778 Joseph Whitlock had set up his company making coaches and carriages in Holland Park, London. They must have been successful as by the start of the twentieth century they described themselves as "Coachbuilders to the Royal Family".

1902 they were named Henry Whitlock and Co

1903 a move into the car business was made when they started to sell the Whitlock Century. They had not built this themselves - it was a re-badged car from Century, a manufacturer in Willesden, London, but they may well have built its body.

1904 the range was expanded with cars from the French Aster makers again probably with Whitlock's own coachwork.

1914 Bankrupt. '...proceeded with the public examination of William Lawton Goodman, who carried business in partnership with the late Joseph Alfred Lawton, under the style off J. A. Lawton and Co., coachbuilders and motor experts, in Liverpool, London, Manchester, and Chester, and also Liverpool and London under the style of Henry Whitlock and Co.... founded 1871 by the late Joseph Alfred Lawton and Thomas Goodman (the debtor’s father), who died sixteen years ago. On his fathers death he (debtor) became a partner....He attributed the loss largely to the advent of the motor-car, and stated that, while he advised the continuance of the business of the basis that the motor-car had “come to stay,” his late partner took the opposite view and regarded it as only a “fad” and would not last long. The firm went in the meantime with the manufacture of horse-drawn carriages...'[3]