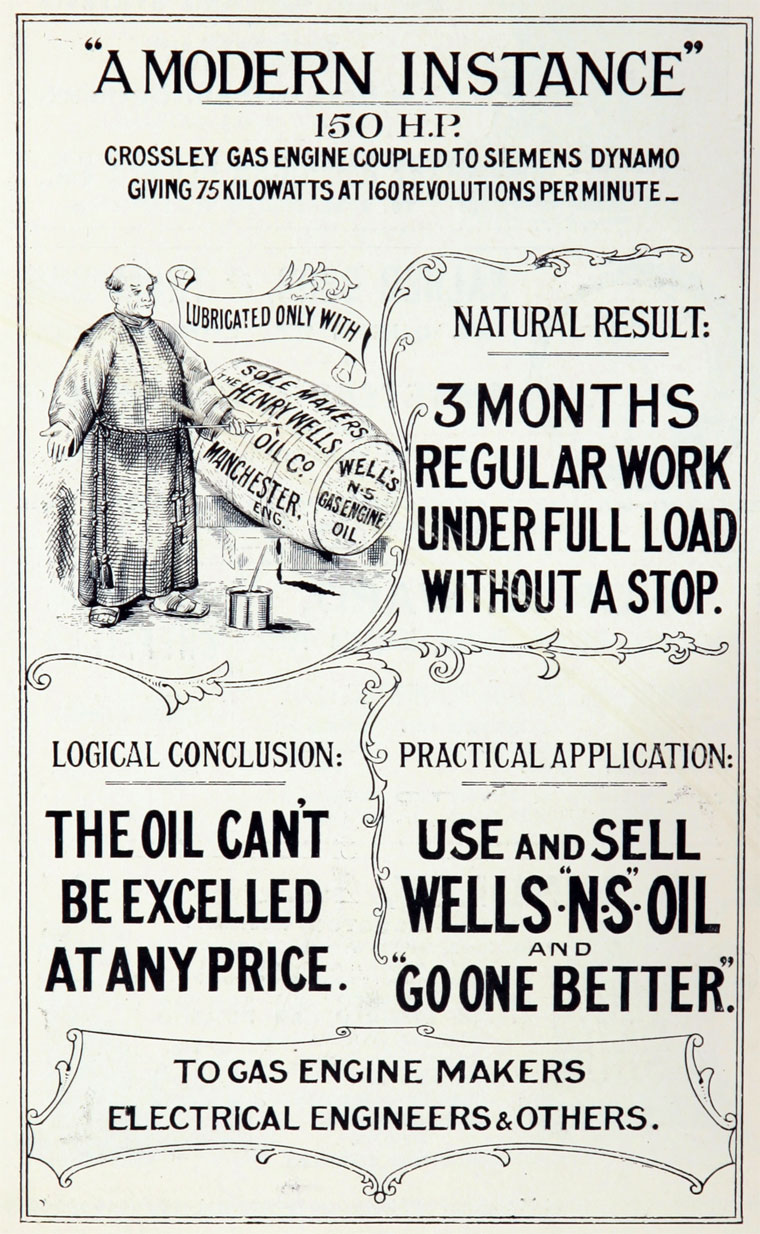 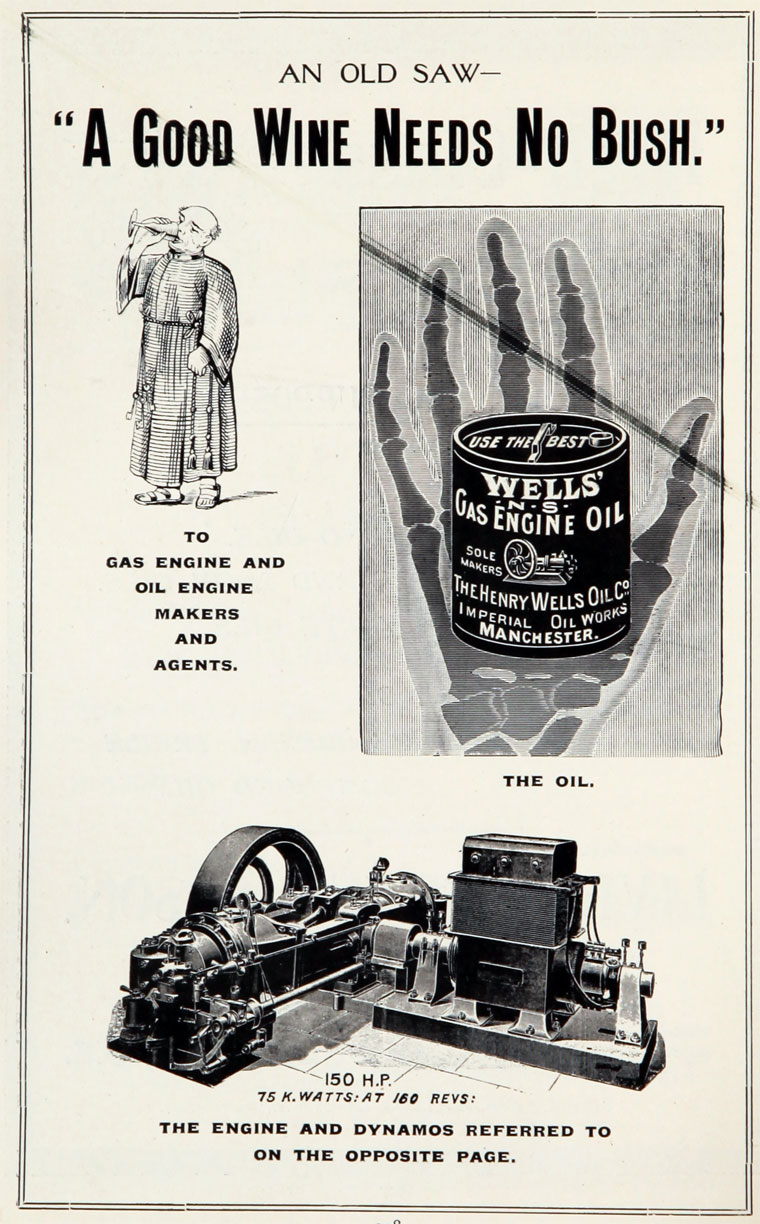 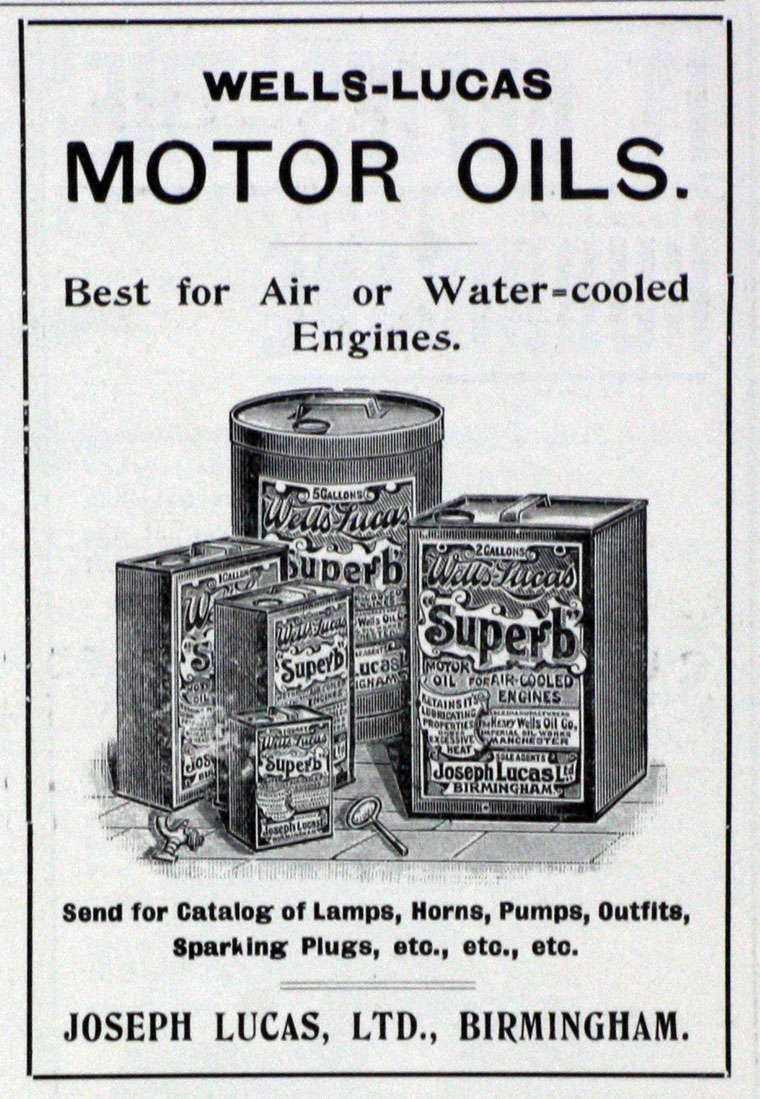 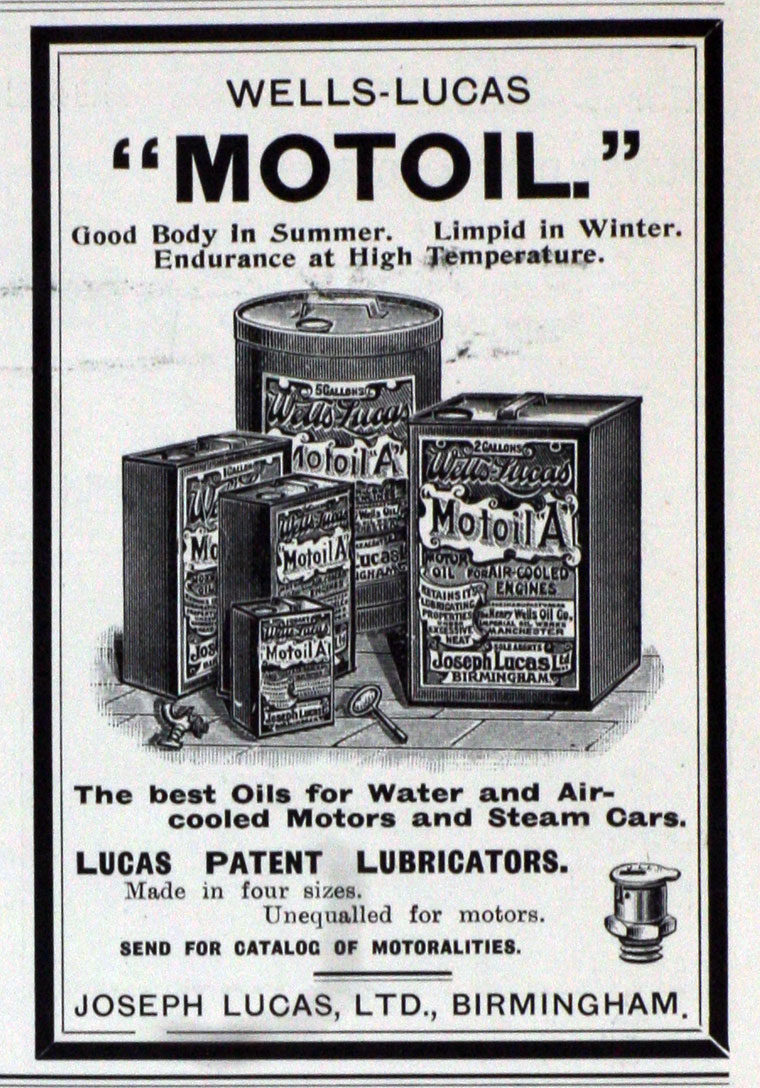 Supplier of oils for gas engines

1903 Partnership change. '...the Partnership which has for some time past been carried on by Matthew Henry Wells and George Arthur Watkins, under the style or firm of "THE HENRY WELLS OIL CO.," at the Imperial Oil Works, Deansgate, in the city of Manchester, in the trade or business of Oil Manufacturers and Merchants, has been dissolved by mutual consent as from the 31st day of December, 1902. All debts due to and owing by the Raid firm will be received and paid by the said Matthew Henry Wells, who will continue to carry on the said business on his own account at the same place and under the same style or firm....'[1]

1922 Inventor and patentees of the "Germ Process" lubricating oils which were said to combine all the advantages (for lubrication) of fatty oils and of compounded oils with the cheapness of mineral oil.